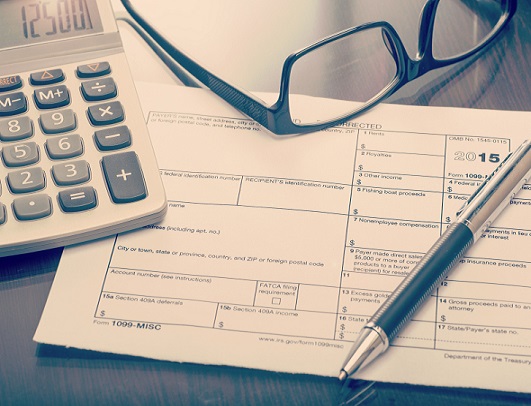 Although Uber has been in the regulator’s hot seat for quite some time, the biggest threat to it's business model - and that of the digital on-demand economy – may soon be decided in a court room in California: whether its drivers are contractors or employees. A large part of the massive expansion of the digital economy, and in particular that of on-demand services, is due to their low operating costs and their quick ability to scale up, both which are largely a byproduct of hiring contractors. Some denounce this as an attempt by these companies to skirt social charges and protection in the name of profit, while others feel these new types of roles exemplify today’s society’s demands for flexibility and control. In all cases, digitization, and its new business models, are challenging many of the assumptions of market economy, and thus Mondato Insight asks, what impact do the new business models of the digital commerce market have on labor?

The Bots Take Over

It comes as no surprise that the digitization of services and/or digital delivery of certain products renders some jobs redundant, may it be customer service (chat bots that let users order food or book a flight by sending automatically generated short messages), bank tellers, supermarket checkout clerks or even investment advisors (think robo-advising). Alternatively, for jobs that are too sophisticated for automation but require only a telephone and/or an internet connection, digitization allows for their displacement from labor-costly economies such as the US and Europe, to low labor cost areas of the world, such as the explosive movement of call centers to Morocco or the outsourcing of routine legal work to India.

But there are also more subtle changes to how we work. A large number of innovative digital companies are relying on contractors to make their business models prosper. The on-demand economy – i.e. digital commerce companies that put customers into contact with service providers via an online platform and/or apps, be it transportation (Uber and Lyft), cleaners (MyClean and Homejoy), flower delivery (BloomThat) or food delivery (SpaceRocket) - brings down the cost of such services (up to 30%) by using independent contractors, as such companies pay less social charges, provide no employee benefits (health insurance, retirement), have less liability and have more flexibility in keeping only good talent. Workers arguably win as well as such relationships provide more freedom and flexibility in terms of hours, scheduling, location and qualifications, and allow the accumulation of different jobs (and thus interests).

Cracks in the Facade

Although the success of the on-demand companies has sky-rocketed with customers (and with investors), not everything is coming up roses for its workers. The first cracks to the façade have come at the expense of Uber, who is facing several challenges by former contractors. In June 2015 California’s labor commissioner ruled that an Uber driver was an employee, ordering the company to reimburse her expenses, and the California Unemployment Insurance Appeals Board has ruled that an Uber driver is an employee eligible to obtain unemployment benefits. In the same vein, the Bureau of Labor and Industries of the State of Oregon has recently issued an Advisory Opinion that Uber drivers are employees.

But most worrying for Uber – and the 1099 economy - is a class action of drivers in California and Massachusetts, who are suing Uber to be reclassified as employees in order to be reimbursed for mileage and tips, and whose ramifications could be widely felt through the United States as the case may trigger a domino effect of lawsuits in other jurisdictions and against similar companies. In theory the class action was settled last Thursday for a sum of almost $100 million, but this settlement must still be accepted by the trial judge (hearing to be held early June), who could still reject the proposed deal (as has happened recently to competitor Lyft). And in all cases, the settlement doesn’t deal with the matter at hand, which is the type of labor relationship Uber has with its drivers.

Uber, of course, is not alone. FedEx Corp. lost an appeal in a case brought by its drivers and has agreed to a $228 million settlement. Lyft is still trying to settle a $12 million class action on employment status of its drivers (the settlement was recently thrown-out due to the proposed finances). And the U.S. Labor Department, in conjunction with a step-up in investigating the misclassification of employees, is preparing a new “administrative interpretation” to provide further guidance on who’s an independent contractor and who’s an employee.

Its Not (Always) a Bad Deal

But not all drivers – or contractors – see themselves as aggrieved. A recent study of Uber’s drivers shows that many use it as a complement to other work, to have more flexibility in their schedule in order to balance work with family life, and to help maintain a steady income. Such jobs benefit people who value flexibility more than security: students who want to supplement their incomes; hipster artists who can afford to dip in and out of the labor market; young mothers who want to combine bringing up children with part-time jobs; the semi-retired, whether voluntarily so or not. And, as the Economist argues, the platforms themselves lend legitimacy and credibility to traditionally independent workers, while ensuring on-time payment: “On-demand companies like Handy provide customers with a guarantee that workers are competent and honest…. The workers, for their part, can hope for a steady flow of jobs and prompt payment with minimal fuss.”

This issue has polarized both supporters of labor rights and champions of the on-demand economy. According to Liss-Riordan, the lawyer representing the Uber class action plaintiffs, Uber and the rest of the on-demand companies are in essence giving “workers the obligations of full-time employees while misclassifying them as contractors to reduce labor costs and undercut the competition”. Thus these cases are about “classifying workers as full participants in the workforce and capable of being unionized,” as per Gary Chaison, a professor of industrial relations at Clark University, in a recent interview with Bloomberg. But its not only the drivers that are getting the wrong end of the stick – such practices put Uber's traditional competitors at a disadvantage, since they need to charge higher prices to cover their labor costs.

And if Uber loses?

Many a commentator has put in their two cents on this question. According to the SF Weekly, such a loss would result in the entire sharing economy adapting to old-fashioned labor rights, which could prove deadly for smaller companies with shaky financials. And even if charging higher prices and spending more on labor costs does not doom an Uber, it might “fundamentally change the calculus used by the venture-capital firms pumping money into these businesses, if they were required to reimburse for expenses or abide by other labor regulations,” according to New York magazine. With less investor funds, these companies may take longer to scale and thus to disrupt the establishment.

These views, however, seem to implicitly assume that the on-demand economy is tied to the 1099 model. As some current disrupters attest, this is not always the case. MyClean, a NYC cleaning service platform, abandoned the contractor model due to the difficulties it created in training, managing and motivating workers, and it discovered that it got better customer ratings and achieved better company performance if it used permanent staff. Shyp, a San Francisco on-demand parcel delivery company, classified their hundreds of couriers as employees in 2015, in order to control operations openly and directly. Munchery, a San Francisco–based food-delivery business, classifies its drivers as employees as long as they work at least 30 hours per week, because “the delivery drivers are the face of the company.” These start-ups are not just reducing churn, generating more loyalty from customers, offering better quality of service and motivating their workers, they also show that flexible labor is not incompatible with long-term employment.

As The Economist eloquently points out, the current concept of labor is a legacy of a period that stretched from about 1880 to 1980: the Industrial Revolution allowed for the creation of large companies, which introduced differentiated, hierarchical jobs but also job stability. Governments eventually built stable employment into the heart of welfare legislation, and this regulation provides the backdrop for our current labor laws. Such hierarchy and stability makes sense when the cost of organizing things internally through hierarchies is less than the cost of buying things from the market, as argued by Ronald Coase. This, however, is being turned on its head with the rise of the smartphone and the internet, as the transaction costs involved in finding people to do things outside a hierarchy can be pushed a long way down. On this basis, one could argue that currently, labor regulations and the distinct division of contractors and employees, is outdated.

So is there a third way? Some argue that regulators could create new worker designations that fit the on-demand industry, ensuring that workers have the flexibility afforded by contract work, as well as the some of protections of employment (ex. ensuring minimum wage and allowing for compensation for money spent on the job): “In such an arrangement, businesses would benefit from an easily scaled labor force and legal certainty. At the same time, workers would benefit from hyper-flexible jobs with better security and higher incomes.” In this vein, the Hamilton Project champions the creation of an “independent worker” category that would allow independent workers to gain access to collective bargaining, various forms of insurance, civil rights protections, employer-provided benefits, and tax withholding. This new legislation would be based on three guiding principles: work hours are difficult or impossible to measure, businesses should not organize themselves to fit their workers into one status over another, and workers and businesses should maximize the joint benefits of their relationship. The NLRB also is reconsidering its definition of an employer, with a proposal to rewrite its “joint employer” standard, thereby changing the responsibility some businesses have over the working conditions and benefits of the contractors and temporary staff.

Alternatively, others argue that current legislation should simply be adapted to a more flexible labor force, as is occurring in some local US jurisdictions such as Seattle, whose new legislation enables independent-contractor rideshare and taxi drivers to unionize. Such legislation could make it easier for individuals to take charge of their pensions and health care, following the European universal approach to welfare that disintermediates benefits from a particular job.

Looking beyond the 1099s

Although this contractor - employee distinction and its repercussions are mainly an American issue, both due to the type of legislation the US possesses and the fact that a majority of the current on-demand companies are located there, its importance should not be dismissed in other labor markets, such as Europe. In Europe, the culture of stronger employee protection “drives a wedge between insiders who have lots of protections and outsiders who do not”, and the blossoming of on-demand economy there may just be the ticket for outsiders to break in. Coupled with the existence of a more protective social welfare system for contractors, digital on-demand companies may improve not only the job chances of the young unemployed in France, Italy and Spain, but insure a certain level of social protection. And this maybe something that its American friends across the pond could learn from.

The (App)ocalypse? Here Come the Bots!

The SME Opportunity for Fintech