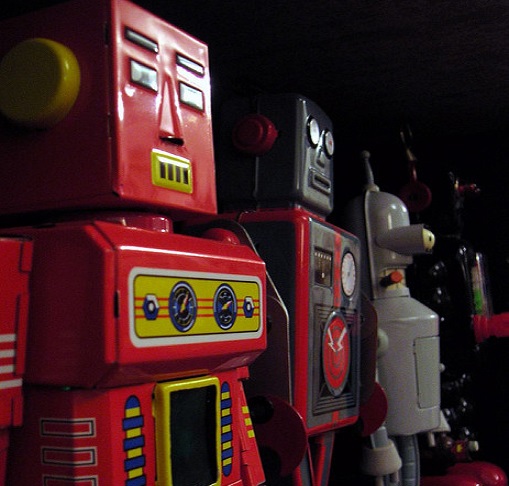 The future is here. Or, at least some version of it. While the concept of artificial intelligence has captured the human imagination for decades, the first trickle of human-bot interactions is bracing for impact. Facebook is clearly agitating to claim the title of industry thought-leader in this field, since Apple and Google already have an unequivocal monopoly in the app economy. This, however, is not just a question of supplanting the app. The monetization of Bots is uncharted territory, and there is no particular consensus as to how one might fashion Bots into revenue generating applications. This ambiguity also translates to payments - once the initial value proposition is distilled, what will be the most effective and convenient form of transactions for the customer? This week Mondato Insight asks, are digital payments the rational step forward for Bots?

A handful of commentators have adopted a dramatic tone vis-à-vis the maturing app economy. 20 powerhouse developers do accumulate almost half of all revenue from the Apple App Store. And there is a saturated app market, which has contributed to bloated customer acquisition costs. However, the industry is not yet in dire straits. It is projected that app revenue will be worth more than 79 billion in 2020, up from 36 billion in 2015. Or, another way to manipulate the data is to say that the value of the market is expected to expand at a rate 2.2 times faster from now until 2020 than in the year of 2015.

What is of more interest, though, is the nature of the apps that are succeeding and how that potentially relates to the rise of the Bots. In 2015, a study concluded that mobile messaging apps have 5.6 times the user retention rate to that of other app products over the course of the year. Within the context of messenger apps, Bots do not necessarily represent a disjointed shift away, but instead a consolidation of those apps. Industry stakeholders fear both waning user enthusiasm and that the process of switching between competing apps is too tedious for its easily deterred consumers. The Bot emerges as an organic solution to this app inspired problem. If, for example, Facebook successfully introduces Bots into its messenger, all of the services of its apps would be accessible from a new chatbox in one platform, thereby saying goodbye to app jumping and data drain! But beware, a monetarily successful, messenger-styled super app is still an elusive goal. The firm Raymond James released a tepid warning this April: "historically, chat applications in the Western world have had difficulty proving out monetization. And hence we believe investors will take a wait and see with both FB Messenger and WhatsApp monetization.”

Perhaps for now, then, the most glaring difference between apps and Bots is the history of monetization. No one has definitively answered such a fundamental question: can Bots make money, and if so, how? The keynote of Mark Zuckerberg at the F8 developer conference evidently intended to distinguish Facebook as the most logical pioneer in such an unexplored landscape. The long-term ambition is obvious - to absorb the profits from customer to business communications currently embodied in an app. Overtaken by a craving or just ravenous hunger in general? Bots would function both as expedited search engines that would identify possible options according to articulated inputs, desires and geolocation, and eventually, process the purchase, payment, and delivery aspects as well.

As of 2016, Bots (with exception) fall into the first category as providers of information, but have not quite evolved to the second as payment processors. Also, it is important to differentiate the multifaceted approaches to Bots. There are general category Bots which would require a high degree of sophistication to mimic an open ended search bar (and have a personality to boot!) versus those that are specialized with essentially drop down menus, as used by most companies or topic unique Bots. Some examples could include Bots that monitor and report the weather, traffic, news updates, or product-specific shopping. The second category is rarer. 1-800-Flowers is the most renowned illustration on Facebook messenger of monetization. Within messenger, a user can order flowers to any recipient through a conversation with the 1-800-Flowers Bot. Unfortunately, 1-800-Flowers still relies on external navigation to Stripe in order to finalize the payment.

In order to spur a migration from app based purchases and promote monetization within the Bot economy, Bots must address the pain points of apps. The theoretical benefit gained by the user through the elimination of app-switching was already briefly touched upon above. However, as exemplified by 1-800-Flowers, internal payment processing within Bots is in a stage of nascent development. Bots still rely heavily on partnerships with payment APIs that are not integrated within the chatbox itself.

Uber is a more savvy Bot integrator. There is a messenger transportation feature that allows participants of a conversation to directly insert the details of an Uber ride into a multi-party conversation (which is more convenient than an app). And unlike 1-800-Flowers, there is private integration between Uber and Facebook messenger, which in essence streamlines the service request and payment verification. Once the user has linked Uber to their messenger, a quick click on the car icon will facilitate both the request of a vehicle and payment all on one page. There are advantages, too, to Bots outside of the app paradigm. Online customer service forums, whether through social media or websites, rely on humans to respond to inquires. Mr. Zuckerberg envisions Bots as a way to reduce latency by enabling immediate and personalized responses.

While the discussion above plainly demonstrates the possibility of monetization, it certainly does not negate challenges inherently posed to Bots. For one, there is a technology issue. The expectations of the user and the capabilities of most Bots are not in accordance. There are still flaws in Bots' perception and conversation comprehension, which undermines smooth and reliable information transfer. The dysfunction of Tay, a Microsoft creation, epitomizes the susceptibility of Bots to ‘human corruption.’ To further complicate the e-commerce angle, there are complaints that product offerings generated by Bots tend to be a mere fraction of a company’s total inventory. Is one fourth of the item availability worth a two to three decrease in clicks or navigations? For most patrons that would be a firm no. Bots themselves are fallible, and have a long march ahead to catch up to the thoroughly designed and tested app market.

In Pursuit of Internal Payments?

There is a wider global phenomenon that transcends the maneuvering of Facebook. Messenger Apps across the world are in the process of introducing and perfecting internal payments. Russian savants, Nikolai and Pavel Durov, founded Telegram in 2013 and the application boasted more than 100 million monthly active users as of February 2016. Telegram released new Bot functionality that empowers users to insert inline Bots. In more simplistic terms, Bots can now be summoned into any chatbox with the directive @botname. According to Pavil Durov, this is a natural step in the progression of incorporating money transfer within Telegram. At TechCrunch 2015, Mr. Durov anticipated the eventual launch of a payment API in Telegram which is integral to Bot developers and eventual software monetization. In Russia, the local bank Tinkoff is experimenting with mobile payments transacted by its Bot on Telegram in a vital pilot.

WeChat, the Chinese equivalent to Telegram or Facebook with approximately 697 million users, grossed RMB300 million ($46 million) from bank transfer fees in one month. The revenue is acquired through the 0.1 % processing fee, indicating that WeChat, as a payment medium, reallocated around $550 billion in 2015 via person-to-person and person-to-business payments. A large majority of those person-to-business payments are captured by Bot hybrids, which utilize both automated and human responses. In fact, WeChat is probably the most tangible evidence of Bot monetization in the global market today. Every verified company account page is programmed to receive payments, scan QR codes, and integrate Bots. However, the Bots of WeChat manifest in a more restricted manner to that of Telegram, or even Facebook. As explained by Parmy Olson of Forbes: “WeChat has limited what bots can do. Automated replies are often key-word messages like, ‘reply 1 to see our business hours,’ or ‘reply 2 to get directions to our store.’” Therefore, it’s unlikely that WeChat will be the source of technological innovation as the Bot market evolves.

Although the direction of Bots appears to be layered into Messenger applications, it should not be assumed that Bots are destined to a singular function, especially within the payments sector. Payment authentication is ripe for disruption through artificial intelligence. As explained by Rhys Maliphant from Pivolt, if Bots can triangulate “a range of online behavioral metrics, such as on-site real-time movement tracking to search history analysis and then feed this data to machine learning agents, suspicious operators can be tracked and contained.” As technology advances, the capabilities of artificial intelligence are more likely to be bounded by human imagination and the discovery of its uses, than by the science itself.

Is DFC Bringing Luxury to the Masses?

How Digital Disrupts the Way We Work