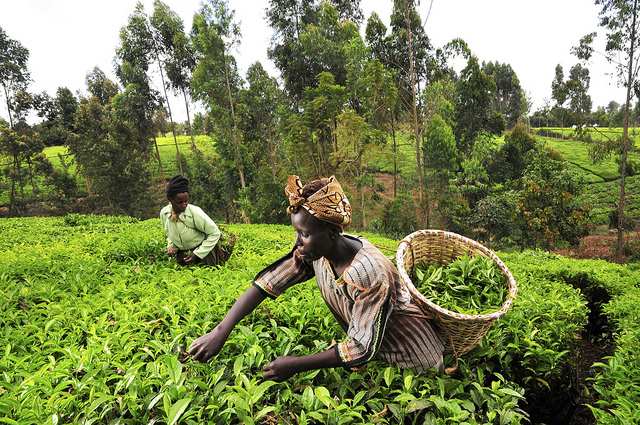 Three out of every four poor people in developing countries live in rural areas, and most of them depend directly or indirectly on agriculture for their livelihoods, with an estimated 1.5 billion people living in rural households engaged in smallholder farming and who are still paid in cash, according to a recent report. Consequently, agriculture is a cornerstone of economic growth and the UN’s Sustainable Development Goals (SDGs) that call for governments worldwide to deliver food security for urban and rural poor alike. However, smallholder farmers face particularly difficult challenges, including extremely limited or a total absence of financial services. This lack of financing, paired with the low productivity that has historically affected the agriculture sector in many developing economies, creates an opportunity for innovation and the use of mobile technology to improve multiple components of the agricultural value chain, including but not limited to insurance (the topic of a recent Mondato Insight), inputs, mechanization, extension, aggregation and marketing. The mobile channel holds open the possibility not just of offering previously financially excluded farmers access to financial services (occasionally referred to as mAgriFin), but also of a revolution in the agricultural value chain that could have profound positive benefits for billions of base of the pyramid farmers and consumers.

As one of the speakers noted during the recent Mondato Summit Africa, mobile technology has the potential to help bridge the information that farmers in emerging markets face, when compared to the large-scale and high-tech agricultural operations seen in many developed economies. By providing timely weather and market price information, mobile phones can help smallholder farmers make more informed decisions boosting their productivity and income. More importantly, however, going the “last mile” to provide such farmers with access to digital finance, in combination with improved access to crucial agricultural information, has the potential to catalyze the agricultural sector in markets where it forms the backbone of the economy.

Nevertheless, mobile financial services, and digital finance more broadly, have helped to address a number of the financing gaps faced by smallholders in agriculture. According to an analysis carried out by CGAP, digital finance, particularly delivered via the mobile channel, is playing a strong positive role in helping to address several of the financing gaps faced by smallholders in agriculture. In particular, it is facilitating and strengthening financial relationships between the main value chain actors, decreasing transaction costs, promoting transparency in the flow of commodities and financial products, powering the aggregation and analytics of data (behavioral, agronomic, and market), and enhancing contract enforceability. Evidence of this can be seen in the manner in which such value chain actors (predominately in Africa) are partnering to provide innovative applications that have a potentially transformative impact.

Among the most interesting and significant products that have emerged from these collaborations, or are under development as part of them, are warehouse receipt systems, such as that offered by NMB, that provide post-harvest digital credit to farmers using inventories of certified commodities held at approved warehouses. There is also an increasing proliferation of mobile-enabled information portals providing agronomic, weather, and market data. Using sophisticated consumer profiling offerings such as TigoKilimo (a Tigo and Technoserve collaboration in Tanzania) also make available digital financial products. Nigeria and Colombia have provided significant examples of the use of e-wallets for agricultural subsidy administration, while weather-indexed crop insurance (as noted previously) protects against inclement weather conditions in time for a second planting, thus (hopefully) avoiding a complete harvest failure. Each of these innovations on its own has the potential to dramatically improve key components of the agricultural value chain. Taken together they have the potential to revolutionize it.

While the number of pilots and mobile agricultural finance products in the market is certainly a cause for optimism among those invested in the financial inclusion agenda, most farmers in developing markets still have limited financial capability. Coupled with extremely poor (or sometimes nonexistent) mobile network infrastructure in many rural areas, this means that DFS will likely not be a panacea in the near-term. In Tanzania, for example, 15% of the country is not even covered by a 2G phone network. Other significant barriers and blockages exist aside from the problems of access to GSM networks, which by extension mean a denial of the digital finance offerings that are part of the mobile money ecosystem beyond. Some of the most significant barriers that have been identified include illiteracy; financial illiteracy, limited agent/network coverage and poor product design. Just as important, however, is the unwillingness of farmers to adopt, and trust, the underlying digital financial products and services.

In this last regard, mAgriFin faces similar problems to other new financial products, such as insurance, when brought to new markets in which potential customers are unfamiliar with the basic underlying concepts or technologies. Similar to the approach adopted by many m-insurance products that are initially offered as free or freemium services, TigoKilimo initially offers deeply discounted services to prove to farmers the efficacy and trustworthiness of the product, before attempting to upsell farmers onto more profitable features of the service. As a senior figure in an MNO active in this area told CGAP, “We have big plans for the future, but first we have to get farmers comfortable with us.” In doing so, telcos are moving into areas of the economy that few would have dreamed possible a decade or so ago. And by opening up credit to smallholding farms, MNOs may just be as important to the development of agriculture in emerging markets as the invention of the diesel engine was in Europe or North America. In this context, the idea of MNOs as “dumb pipes” seems an entire world away from reality.