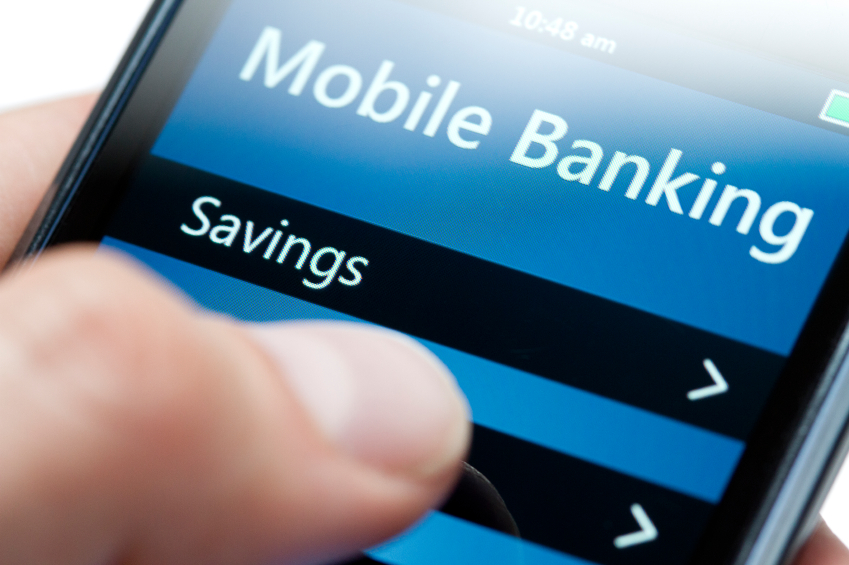 A new report issued by the Board of Governors of the Federal Reserve System has shed significant new light onto the ways in which Americans increasingly use their mobile phones to access an increasingly wide range of financial services. *Consumers and Mobile Financial Services 2015*presents the findings of the Fed’s fourth annual inquiry into the relationship between American consumers, their phones and their finances by surveying a representative sample of the population, including re-interviewing previous participants in order to track changes in behavior over time. The survey’s results provide an important insight into the evolving patterns in which consumers engage with mobile banking and payments, and also reveals a more complex picture than otherwise might have been anticipated.

The Future is Not Yet Mobile

Somewhat predictably, the growth of smartphones represents a significant shift in how Americans manage their financial affairs, representing 71 percent of mobile phones in the market, up by 10 percentage points from just a year earlier. The pace of growth of mobile banking app usage, however, is somewhat slower, with 39 percent of respondents who have a bank account reporting having used a mobile banking app in the previous 12 months, up six percentage points on 12 months earlier.

The attraction of mobile banking is perhaps not immediately obvious to these late adopters of smartphone technology, as the number of users of mobile banking apps has barely changed on the previous year, at around 52%. Those who do use banking apps, however, appear to happy with the service, as the median number of times that each customer used a banking app has increased from four times per month to five times. Interestingly, this represents no net change on 2012.

This fact may appear somewhat puzzling, given the unavoidable trend towards the capability to manage more and more of our lives from the palm-sized computer we continue to anachronistically refer to as “phones”. However, some clues as to why this is the case may be found in research into the habits of smartphone users, carried out by Millward Brown Digital, that may have implications for banks that are making large strategic investments in mobile as a significant part of their future.

One of the research’s key findings was that even millennials, that most mobile-centric of age cohorts, are not currently gung-ho about using their smartphones for many financial tasks: only 8% preferred to use a smartphone to submit an account application, while 46% preferred using a laptop. The net gap when it came to credit card applications was even higher.

Screen and keyboard sizes are clearly issues. There is a very strong correlation between the length of time required by the financial task and the device or medium preferred to perform it on: after 10 minutes the preference for a laptop rises sharply, and after 20 a crossover has been reached. And it may not only be time that is a factor under these circumstances: there is obviously a (partial at least) connection between the complexity of the task, which may include the amount of information required to input, and the length of time needed to complete it. That information may be best retrieved (rather than inputted) in a particular physical setting (such as from paper files in a study) that lends itself to a particular device choice.

All of this information certainly points towards a restricted role for mobiles when it comes to managing financial affairs. Nonetheless, millenials still possess an expectation that it will be possible to carry out whatever financial tasks they are so minded to perform using a mobile device. This applies even if usage is relatively low and even the consumer may realize that there are more efficient ways to spend 30 minutes than tapping their thumbs on a small glass screen. Any institution that denied the opportunity to place control of the medium in the hands of the consumer is likely to be considered technologically basic. For most individuals, their relationship with their bank is lifelong and enduring (often even rather more so than their marriage). So the potential prize for financial institutions of “getting them while they are young” remains high.

The survey’s findings bring further evidence to light that highlights the relatively limited demand for mobile payments: 28% of smartphone owners reported having made a mobile payment[1] in the previous 12 months. This is almost exactly the same figure (29%) as replied “definitely” or “probably” to a poll specially commissioned by Mondato last fall that asked people to estimate how likely they would be to use Apple Pay were they to own an iPhone 6.

The definition of “mobile payment” drawn up by the researchers is indeed a very broad one (see footnote 1 below). It encompasses a range of activities that may not always fall under other categorizations of what constitutes a “mobile payment”, such as making an online purchase via a mobile phone’s web browser, reflecting the continuing blurring of what constitutes “mobile” in the era of the connected consumer. Rather tellingly, one in five respondents answered in the negative when asked did they use mobile payments, only to reverse their answer when prompted by the mention of specific examples or activities. As the authors presciently note, the results illustrate that technology adoption is a continuum, “both in terms of the types and frequency of activities involved and in terms of how respondents view and report their activities.” Despite this, however, PayPal remained the most frequently cited mobile payment service used in the previous 12 months (43 percent of those who reported having made a mobile payment), followed quite some distance behind by Starbucks (11%), and Google Wallet (9%). One in twenty of those who reported having used a mobile payment service had used Apple Pay.

When it comes to both mobile banking and mobile payments, security remains a concern for many American consumers, clearly indicating that significant hurdles remain to be overcome for the practice to become ubiquitous. Almost half those included in the Fed’s survey indicated that they believed their personal financial information was somewhat or very unsafe. As noted in last week’s Mondato Insight, however, these security concerns may represent an opportunity for players in the mobile payments market to capitalize on consumer uncertainty. If Apple and Samsung in particular can convince consumers that tokenization offers a new enhanced layer of security over and above that which currently exists for offline payments, clearly an avenue to accelerated consumer adoption is opened.

Will Banks Get Hustled by Tech?

Banks face challenges on multiple fronts, particularly in the United States where a fragmented banking industry has been slower to adapt to the possibilities presented by fintech (see here for a discussion of Paym as a point of comparison), and are, in many ways currently subject to the “innovator’s dilemma”. And the challenge for banking may indeed be as acute as that faced by, say, Blockbuster Video in the face of Netflix: new digital technologies and modes of interaction, from Bitcoin to peer-to-peer lending to ways of assessing credit worthiness, present the possibility that banks’ raison d’etre may even cease to exist.

It would be just about possible today to conduct one’s entire financial affairs without ever needing to touch a physical dollar bill or cent coin. Banks’ vaults are no longer needed (mostly) to keep physical cash safe from robbers. Online banking, and latterly digital wallets, mean that banks are no longer necessary for moving money around. We already live in a world of digital currencies in which a transition is rapidly being made away from identification and towards authentication. We are already very close to a world in which the digital recognition of a heart rhythm may be all that is needed (and all that can be used) to transfer funds from their legitimate owner’s microchip into that of another as part of a peer-to-peer loan. Banks need play no role at all.

Despite all their problems, though, it is far too early to write off banks, even if, as Michael Joseph, former Safaricom CEO put it at last year’s Mondato Summit, they “have spent the past 300 years screwing their customers.” As well as attesting to the continued popularity of checks and mobile check deposit, the Fed’s survey also found that in-bank branch visits increased last year, rather than declining. Taken in conjunction with the above, this points towards the imperative for banks of having an omnichannel strategy, that allows a seamless transition from one medium or venue to the next, at the time of the customer’s choosing.  It will also be crucial for financial institutions to speed up service in a way that matches the new tech rivals. The problem for the retail banking industry is that interests remain dispersed and incentives to change remain weak, but the risks of inaction could be potentially catastrophic. And that, of course, is why they call it a dilemma.

[1] Mobile payment was defined as “purchases, bill payments, charitable donations, payments to another person, or any other payments made using a mobile phone. You can do this either by accessing a web page through the web browser on your mobile device, by sending a text message (SMS), or by using a downloadable app on your mobile device. The amount of payment may be applied to your next phone bill (for example Red Cross text message donation), charged to your credit card, deducted from a prepaid card, or withdrawn directly from your bank account.