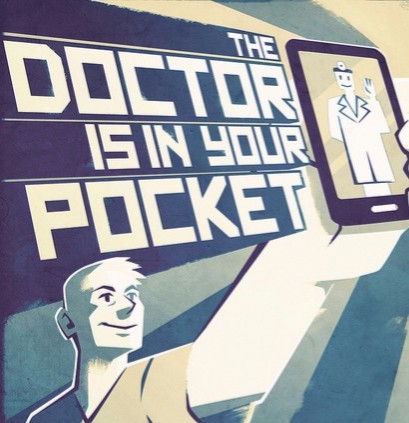 In the majority of mobile service use cases, fees charged to the end-user are usually a key element in ensuring financial sustainability. But the picture is very different for mobile services that are developed to promote the well-being of persons at the Bottom of the Pyramid (“BOP”), such as mobile health (“mHealth") and mobile food assistance. To ensure that they can be accessed indiscriminately by the population, such services are frequently free for end-users, but bankrolled by public and/ or donor funds. But as such services often have day-to-day costs such as marketing, mobile communications, and other logistics, their sustainability is often in peril once donor funds run dry or government priorities change. In this Mondato Insight, we explore whether digital payments can render BOP mHealth initiatives sustainable over the long term.

According to the GSMA mHealth Tracker, there are to date approximately 1230 mHealth products and services planned or launched across the globe, with a majority in emerging markets but with only 20% containing a mobile money component. Although this is an increase of over 30% since we last reported on the Tracker in January 2013, many of these mHealth initiatives are finding it a challenge to scale beyond the pilot stage. According to a recent GSMA blog, there are a variety of reasons for this, including the lack of government support, difficulties with physician acceptance, low user adoption and the absence of adequate incentives for participation from the private sector. It is this last point, however, that distinguishes the mHealth use case from most other mobile service use cases.

The majority of mHealth initiatives in the emerging markets are free services for the patient/ person seeking advice; approximately 67% of those found in the GSMA mHealth Tracker are either entirely funded by government, large donors and/ or private industry. From a policy perspective, this is both a natural and logical approach; the users of such services are most likely the worst off in society, and the ones who have the least funds to pay for such services.

Thus most of these projects are either government-funded (usually through taxes), paid for by a big non-profit donor, such as the Bill and Melinda Gates Foundation, or financed by an international organization, such as the GAVI Vaccine Alliance (which manages a Systems Strengthening Fund that awards grants to mHealth initiatives in regards to vaccines). Similarly, they can be bankrolled by a “large payer” in the private sector, such as an insurer or a pharmaceutical company, often through public private partnerships (such as the 37 public-private partnerships financed by the pharmaceutical industry as showcased in a 2013 report.)

Private sector donors, too, are well-equipped to coordinate with international organizations; one good example is the Be He@lthy, Be Mobile initiative, a partnership between the International Federation of Pharmaceutical Manufacturers & Associations, several pharma companies, the International Telecommunication Union and the World Health Organization that attempts to prevent and manage non-communicable diseases using mobile technology.

Yet as all these mHealth services exit the initial pilot stage, they continue to have running costs, such as on-going expert resources, marketing, communication, and other logistical expenses. Inevitably, the question of long-term financial sustainability must factor into the equation. What happens when the project suddenly stops due to lack of funding or a change in governmental priorities - especially in cases where the initiative has managed to register a significant number of individuals, has created trust and confidence in the community, and is in possession of sensitive health information?

With a little bit of forward planning by the project sponsors, arguably such a waste of project resources – and dashed hopes – may be avoided. One approach is for the government to make the decision from the “get go” that it will finance the initiative for the long term, and thus be in a position to negotiate the best terms available with the private sector service providers for an arc time frame.

As an example, Kilkari, an Indian pre-natal and post pregnancy health messaging service, was initially set up as a low cost service to consumers, with all the MNOs agreeing to an insignificant VAS price for the BOP. As it became clear that the sustainability of the business model was not assured, the Indian government agreed to finance the project in the long-term, and decided on a single MNO model for the mobile communications. It thus was able to put out for tender a single national enterprise service contract for the mobile communications, and due to the significant number of anticipated calls, was able to assure a significantly reduced rate for long distance outbound calls, which was equally sustainable for the single MNO.

Another approach to financial sustainability by design is for the program sponsors to ensure that all the relevant private actors make their contribution, and that the reputational rewards reaped by them are, from the start, considered commensurate with the financial expenditure.

The success of Wazazi Nipendeni mHealth service in Tanzania is due largely to this approach: the Tanzanian government, as the program owner, reinforces credibility and monitors alignment with national health programmes, while private sector partners, including all four major MNOs (Airtel, Tigo, Zantel and Vodacom), cover various elements of operational costs, with the MNOs covering connectivity costs from their own network. Due to both the success of the service and the Wazazi marketing campaign, the positive association with the service has largely benefited the private sector partners, and increased their incentive to stay committed to the project.

When the Money Runs Dry

But even the above approaches to financial sustainability have their limits, as they will only assure longevity as long as there is goodwill to invest in these initiatives, either because these projects match up with a country’s policy goals or because they dovetail with a company’s need to strengthen their corporate social responsibility (CSR) reputation. Solutions which integrate a sufficient revenue-generating element to cover costs, however, provide a new perspective to financial sustainability for mHealth initiatives.

Revenue generation can be fueled either by a paying end customer or by the proposition of ancillary paid services in the mHealth ecosystem. As the Kilkari project highlights, even very low cost consumer fees (such as INR 50 paise (USD 0.007) per minute for IVR usage) may be unworkable due to the modalities involved with pre-paid card usage and weekly billing for the BOP, and often even these low fees are not sufficient to cover operating costs in the long-term.

The proposition of paid ancillary services, however, provides much more fertile ground. In this respect, there are two alternatives: (i) consumers of the free service are targeted by the private sector stakeholders through SMS advertising for supplementary premium services, such as premium advice or mobile health insurance or loans, the sales of which subsidize the free service; or (ii) transaction fees are collected on payments made by consumers or others in the ecosystem that are undertaken in regards to the service, such as for transport, supplies, drugs, and doctor’s salaries, while concurrently the mobile money ecosystem rationalizes the program’s resources.

Palladium, on behalf of the GSMA, has recently undertaken a cost-benefit analysis of a proposed mNurition messaging service in Mozambique and Zambia based on such a “freemimum” model - promoting healthy nutrition behaviours during pregnancy while concurrently driving users towards premium services such as premium advice. It concluded that:

“The results of the health impact modelling give public officials solid evidence to allocate a definitive value to the mNutrition product, while mobile operators can use the financial forecasts to build sustainable business plans. Implemented wisely, all of the mNutrition stakeholders can benefit, but none as much as the target population of mothers and young children.”

This “freemium” model is something that can, of course, be introduced later in the product development cycle, as was anticipated in the Wazazi Nipendeni mHealth service. In the construction of the service, the designers foresaw, in addition to permitting MNOs to send periodic promotions to subscribers, that MNOs would be given access to premium content and the text of the free messages, which they could use for commercial activities that support the initiative, such as premium messaging.

Using the actual payments in the mHealth ecosystem to at least partially sustain the mHealth initiative is, on the other hand, clearly in Movercado’s game plan. Movercado is a Mozambique mobile technology powered platform that creates retailing, communication and payment structures in BOP markets in order to increase the efficiency of aid distribution. Movercado is currently working with Population Services International/ Mozambique (“PSI”) in their mission to scale up HIV and malaria prevention, as well as to ensure safe water.

One of the applications of this eco-system is a mHealth platform that optimizes the distribution of health commodities to BOP populations through SMS messaging. Within this ecosystem, PSI has instituted exclusive payment through mobile money: care givers are paid their salaries exclusively through mobile money, while any transport to health care facilities cost can be paid through a mobile money transaction to the driver. This has enabled more efficient payments to the various actors as well as reduced the overall operational costs of the service. And to mitigate existing challenges of low financial literacy and still low penetration of the mobile money offer, Movercado is currently developing its own financial offer, called Tiko.

Alignment of the Benefits

According to Natalia Pshenichnaya, Head of mNutrition at the GSMA in a recent interview, in order for mHealth projects to remain sustainable in the long term, there needs to be an alignment of benefits for partners involved:

"For the development organizations and governments, the value proposition is quite clear as mobile presents a channel for direct health impact.
However when commercial entities are involved, the value proposition needs to be well defined to garner interest, particularly from the MNO. From our work we are seeing that the majority of MNOs now look to see what indirect business benefits they can attain by mHealth services, including increased brand awareness, network usage or loyalty. If this value is derived then MNOs are more likely to support these services."

Such thinking, though logical, is fairly avant-garde. MHealth initiatives have been historically earmarked as mostly donor-funded programs, given the lack of resources of the beneficiaries. Yet as these projects mature, regardless of how the initial social policy objectives have been framed, the long-term sustainability of these projects should not be ignored. The private sector will, in particular, be more inclined to invest and sustain such projects if they can obtain ancillary benefits beyond CPR, through target advertising, selling of other premium services, or transaction fees reaped from the payment of services in the ecosystem. And in this respect, mobile money may be just the ticket to deliver "financial sustainability by design."

The Socialization of Payments

How Do You Say "Mobile Payments' World Leader" in Chinese?