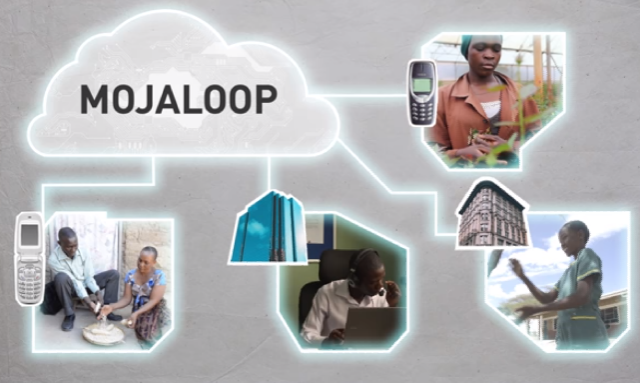 For some time now, the Bill and Melinda Gates Foundation has preoccupied itself with fragmented payment ecosystems. This fragmentation, it has been reasoned, frustrates the deployment of affordable, digital financial services, as a missing shared financial infrastructure forces providers to invest in their own platforms and networks. Naturally, then, providers must deliberate the 'worthwhileness' of closed payment loops, and either forego some market entries because of high costs or pass those costs down the line in the form of product pricing. The former crushingly slows the development of digital financial services while the latter results in services that are not particularly inclusive, priced as they are beyond the means of those already locked outside the financial system.

With this context in mind, Mojaloop emerged as the Bill and Melinda Gates Foundation's interoperable bandage just shy of two years ago. At the heart of it, Mojaloop is an open source payment interface that can process financial transactions between separate payment loops. Theoretically, democratizing the technical underpinnings of interoperability for digital financial services providers through freely available, open source code should address cost considerations. The implementation of such an ambitious project, however, always ends up as a stickier affair. So, two years on from its official debut, who has heeded the calls of the Bill and Melinda Gates Foundation? What financial institutions are adapting the code - and what snares could imperil Mojaloop, and the service providers by extension? Because, standardization of messaging between different financial intermediaries only means something with some sort of mass adoption.

When propositioned for the task, the technical partners were likely provided a list of core scenarios (like person-to-person transfers across different mobile money wallets, for example) that the code must be flexible enough to fulfill. These use-cases were then anchored around the design principles of the Bill and Melinda Gates Foundation's Level One Project: interoperability between all providers, immediate fund transfers and same day settlement, push payment prioritization, adherence to open, international standards, adequate and shared fraud protection, proportional identity and know-your-customer requirements, and transaction irrevocability.

The result is a living, breathing piece of code brought to life by Ripple’s Interledger Protocol with other technical specifications enabled by fintech solution providers like Dwolla, ModusBox, Software Group and Crosslake Technologies. The dynamism inherent in Mojaloop has therefore demanded more of a back-and-forth between its architects and the software developers of central banks, fintech firms, payment processors, telcos and more who might put it to use.

Community outreach initiatives have become the thread that connects the 'conceptualizers' to the 'implementers.' DFS Lab, an accelerator through which the Bill and Melinda Gates Foundation invests in early stage start-ups in Africa and Asia, is the organizer leading the charge. Its first 'Mojaloop' Bootcamp and Hackathon graced Dar es Salaam, Tanzania, this past April, with technical mentors from Beyonic, Caribou Digital and ModusBox also in attendance to smooth over any hiccups as participants tinkered with the code and incorporated it into their own business models.

The prototypes put forth, while far from polished, exhibit Mojaloop's possible range of innovation. GrameenPhone, a mobile network operator in Bangladesh, explored a proof of concept in which Mojaloop could facilitate the integration of its agent network with bank systems, thereby transforming its last mile reach into interoperable cash-in, cash-out points for financial institutions. Paystack, the 'Stripe of Africa,' meanwhile leveraged Mojaloop to pilot a cross-border payment scheme for online merchants. Another upcoming event is slated for Mozambique in early September, in a bid to further strengthen industry collaboration.

Even with increasing awareness and creative commercial thinking, on-going bugs discovered in testing will continue to delay the on-boarding of financial service providers. ModusBox, the technical partner largely responsible for easing the practical difficulties in establishing Mojaloop hubs, has repeatedly encountered diverging interpretations of the Mojaloop API specifications among stakeholders. This leads to secure but ultimately unreadable and incompatible messages ricocheting between the respective digital financial service providers in a hub. The reworking involved in remedying glitches like this quickly snowballs into postponed deadlines, higher costs and risk for both switch operators and the financial entities. Maybe a well-funded fintech can accommodate such detours, but that kind of collective patchwork is prohibitive for hyper-localized, cash-strapped organizations like microfinance institutions or rotating savings groups who are already struggling to digitize.

Beyond piecemeal applications by individual firms that incrementally add up, to really reap the network effects of interoperability, Mojaloop needs a sponsor of gravitational importance. Mowali, a joint venture between MTN Group and Orange announced in 2018, might be just that. Described as an 'industry utility' by its creators, Mowali intends to be the pipes that will link the 338 million mobile money accounts in Africa. Those pipes are Mojaloop re-purposed.

Mowali's pipes, however, are still a pipe dream. It remains in the first stages of implementation, with interoperability between the operations of MTN and Orange not yet fully live. When Mowali's settlement switch is finally introduced into a live production environment, however, it will be the case study of a century - the two network operators together account for 100 million mobile money accounts across 22 markets in Sub-Saharan Africa. A steadied approach, while suspenseful, better ensures a successful take-off that will eventually draw in more mobile money providers.

Although few can match the footprint of a cross border MTN-Orange pact, the nuts and bolts of Mojaloop are also preliminarily propelling a national payment engine. The Bank of Tanzania has selected Mojaloop as the ground upon which to build out the Tanzania Instant Payment System (TIPS), a platform promising to enable interoperability between Tanzania's payment players by June 2020.

And yet, it runs against the supposed ethos of Mojaloop if only international conglomerates, regulators or venture-backed fintechs can cough up the extra resources and manpower necessary to customize the baseline code. This paradox has, in part, given way to a white label, out-of-the-box solution that equalizes access to Mojaloop. The Mifos Institute, through a strategic grant awarded by the Digital Impact Alliance, has initiated the design of an end-to-end, open source architecture that will layer auxiliary services (such as core banking and account management functionality) on top of Mojaloop.

"Our Mifos Lab will use Mojaloop as the 'switch' between multiple Fineract/ Mifos instances in various configurations such as a digital retail bank, an MFI, a SACCO or cooperative, or a mobile wallet provider. Think of Mifos/ Fineract as the DNA of financial services that can be put together in many expressions coupled with Mojaloop as the connective payment tissue enabling interoperability of payments. Any financial service or even any transaction-based product linked to an account or wallet can be designed, created and scaled effectively and efficiently." Edward Cable, President and Chief Executive Officer at Mifos

If Mojaloop ever sees real traction, Mifos Institute will likely be met by for-profit competitors also eager to better streamline and tailor the 'Mojaloop experience' of interested digital financial service providers. Others still might want to capitalize on the data flowing through Mojaloop's metaphorical veins and harness it as a source to power activities like credit scoring or identity authentication. Opportunities for cross-pollination are abound in Mojaloop's interoperable wonderland.

Underneath the surface, however, there might be an immutable structural defect lurking that could sabotage Mojaloop's whole effort. According to technical experts in the payment infrastructure industry, there is no more alluring target for electronic bandits than an interoperable network due to its large transaction volumes and interconnectedness. A breach anywhere in the network could easily drag down the whole system, and security flaws must often be confronted with a coordinated, synchronized upgrade.

"Payment interoperability is unlike almost any other industry. Once a transaction is completed, if it is fraudulent, then it is often impossible to reverse it. There can never be lost transactions, duplicated transactions, modified transactions or added transactions. In addition, if there is any sensitive information in a transaction message flow, then it must be secured against being stolen - this is where most payment fraud occurs, generally at the merchant end which is the weakest link in the transaction chain." Nick Brown, Founder at Clear Purchase

All of the sudden, the open source nature of Mojaloop sends shivers down the spine. The core code is in plain view on github, and seasoned hackers could make quick work in identifying easy-to-exploit holes, especially at the least technologically sophisticated end-nodes in an interoperable network (like that rural cooperative). Once the damage has been wrought, there is little recourse to pursue. This would spell catastrophe with reputations tanked and end-users' trust forfeited. The value-add of Mojaloop, at least according to Mr. Brown, is instead as a interface that connects financial providers to a switch. The switch itself, though, should be outsourced to and managed by a partner fully equipped and knowledgeable in such matters. If anything less results in Mojaloop careening out of control, every stakeholder in the financial inclusion ecosystem will be set back years.