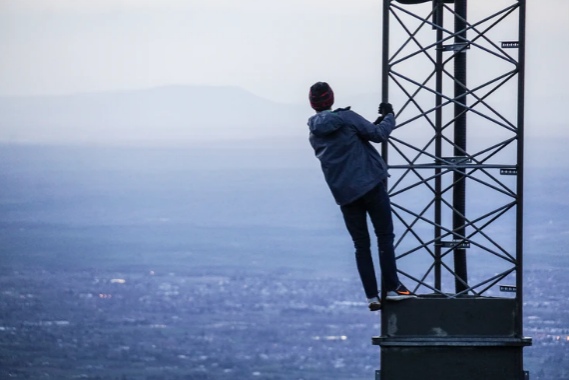 Mobile virtual network operators (MVNOs) have been around for almost three decades. Initially conceived as a way for fledgling telco operators to offer discounted communications services by buying excess network capacity from dominant networks and reselling airtime (essentially representing an arbitrage play combined with targeted marketing and distribution), MNVOS were, early on, also seized upon as an opportunity for non-telco players to get a foot in the door of the telco action. Fast forward to 2019 and the global market for MVNOs has turned a corner, with many of the newest wave of MVNO operators originating from the digital finance space. What is at the interstices of DFC and the MVNO, and are there any telco-killer DFC wolves hiding in MVNO sheep-skin?

The history of MVNOs begins in Europe in the 1990s, during the wave of regulation-driven liberalization that sought to pry telco dominance from state-owned monopolies. In 1995, the European Parliament issued Directive 95/62/EC, requiring member states to ensure that any telecom service provider achieving significant market power be compelled to grant access to their network to other providers - whether telco or otherwise - on a transparent, fairly priced, and non-discriminatory basis. The intent was, of course, to encourage competition by limiting players’ ability to abuse the monopoly power that comes with a network-based business. It was hoped this would reduce costs for customers - in particular, the exorbitant costs of international calling - by creating virtual networks with carrier agreements slicing across national and international networks.

Though the first MVNOs to emerge, which hailed from Scandinavia, got off to a rocky start around the border-bending conceptual differences between roaming and interconnection, the concept was quickly proven. By the end of 2003, the collective customer base of the five dominant MNOs in Denmark fell by 2.4 percent while the three emerging MVNOs saw their combined subscriber base rise by a stunning 74 percent - accounting for a fifth of total Danish subscribers in less than five years. Average costs of a mobile voice minute, meanwhile, fell by almost 50 percent. With the number of active licensees likely hovering over a thousand as of writing, MVNOs today account for between 10 percent of global mobile subscribers and up to 40 percent in Europe’s oldest telecom industries in Western and Northern Europe. 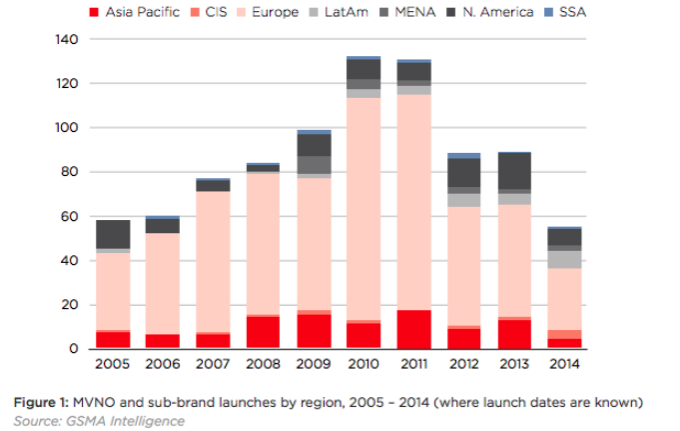 Against the backdrop of liberalization upending European telecom markets, a curious set of players stepped up to the plate. Companies outside the core telco fray saw an opportunity to offer their own branded services, leveraging existing marketing and distribution channels and customer relationships. UK supermarket Tesco, for example, entered the MVNO market in 2003 as part of an audacious cross-selling strategy with (among other products and services), mobile handsets. Thanks to its wide footprint and emphasis on excellent customer service, Tesco Mobile gained a significant foothold in the retail telco market that persists to this day.

Across developed markets in Europe and the US, established telcos as well as plucky entrants from both telco and telco-adjacent industries applied for licenses in droves, enticed by the prospect of rapidly launching a telecom brand without having to invest in cost-intensive network infrastructure. Freed from these costs, MVNO operators exploited the flexibility to innovate and iterate on service packages to target ever-more specific customer segments like diaspora communities calling home, and for those with other lines of business, deepen customer relationships through cross-selling.

Lycamobile provides an example of how the most successful MVNO strategies are often shaped by global migration routes and tastes that reveal the link between connectivity on one end of the value proposition and cash on the other. Like many early MVNOs with a focus on emerging markets, Lyca grew by solving a specific pain point for a specialty demographic (in their case, migrants and expats with a need to call their family members). This focus allowed them to offer specific benefits that match added value to arbitrage opportunity, while opening up values for deeper customer relationships - like remittances, which Lyca started offering in 2015.

If The Dress Fits…

In some ways, the use of MVNOs as a way for non-telcos to play in the sector mirrors a familiar story of business cross-dressing: that of telcos’ into finance. Readers of Mondato Insight are by now well aware of the history of telcos’ entrance into digital finance with the ascendance of M-PESA in the mid 2000s. The freedom for players in one industry to compete in a sector outside their traditional “regulatory box” thus generates interesting precedent with respect to MVNOs. If regulators’ decision to allow telcos to play in digital finance spurred significant innovation largely to the benefit of the unbanked in emerging markets, then perhaps MVNOs may represent an entry point for agile challengers to the market supremacy enjoyed by emerging markets’ MNO giants, as they did in Europe in the 90s and aughts.

Indeed, in many markets where MNO competition is still relatively limited and where the traditional distinctions between finance and communications providers are already rapidly eroding, the continued growth of MVNOs might well presage the first tremors of intersectoral fault lines actively reorganizing.

Growth From The Global South

Though ‘traditional’ MVNO markets in Europe are still the largest, they are no longer the biggest story. Compared to an average 6 percent growth in revenue for MVNOs globally (projected to approach 100 USD billion by the middle of the next decade), analysts project a 10 percent year on year growth in Asia Pacific. While the relative percentage of subscribers on MVNOs in most developing world emerging economies is quite low, the growth is similarly dynamic; in Africa alone, the number of licensees has at least doubled over the past five years, albeit from a nearly non-existent base a decade ago.

Globally, telco-wholly owned sub-brands account for only about a fifth of total MVNO licensees, indicating that the cross-dressing opportunity has certainly proven appealing for players from adjacent industries; retail, finance and media/ entertainment in particular. 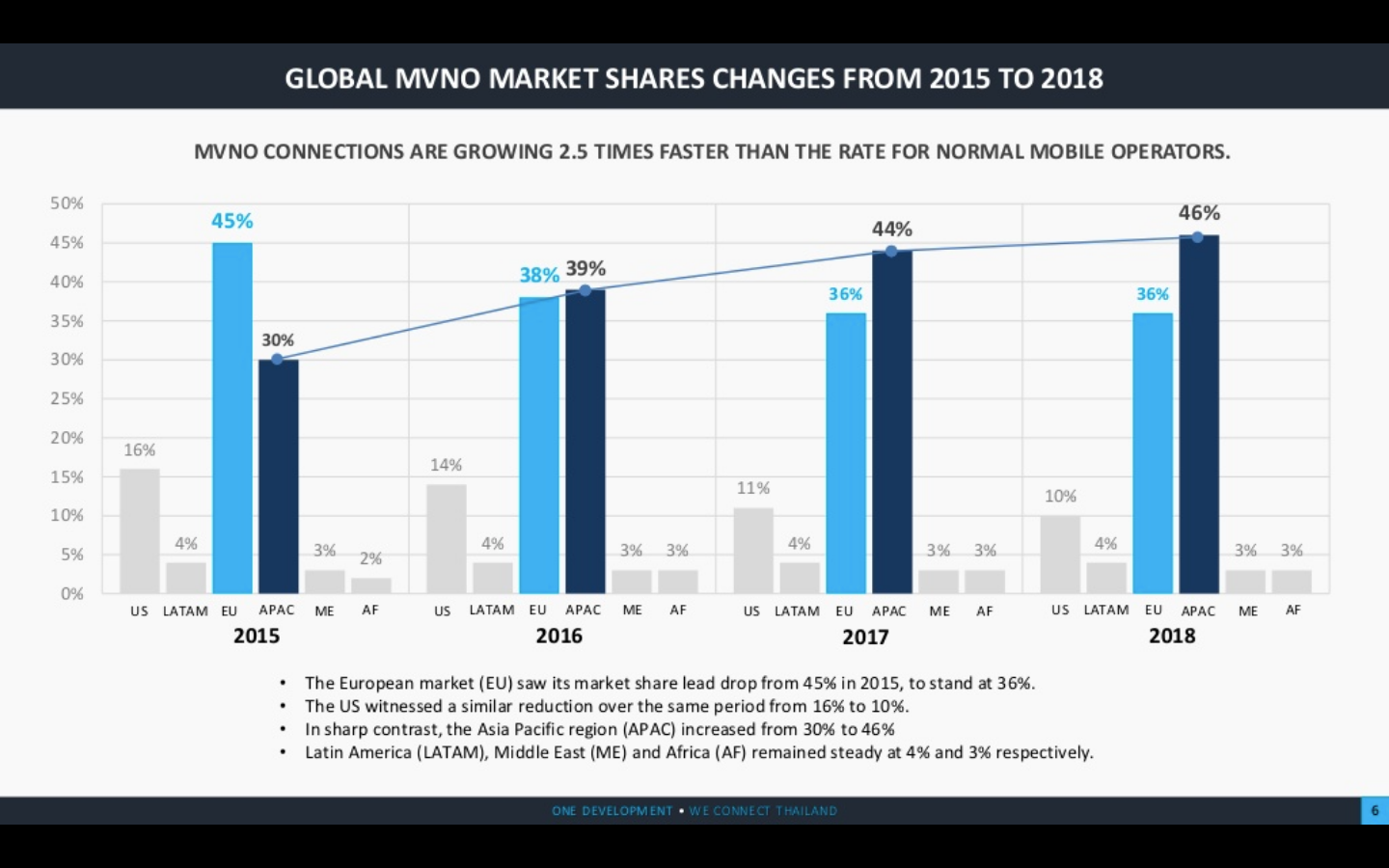 Indeed, some of the biggest MVNO names in China include e-commerce and handset manufacturers like Alibaba, Lenovo and Foxconn. Mobile gaming developer Snail Games, notably, announced it had reached 11 million subscribers at the end of 2017.

Across Africa, there are signs that the future for MVNOs may also rest in large part with these kinds of cross-sectoral play. South Africa, the most vibrant Sub Saharan MVNO market by far, includes dozens of players mirroring the diversity in Western markets. There are many different combinations by MVNOs of niche targeting, asset ownership and convergent packaging of offerings appealing to everyone from the low income, to the religious, to those who need data, but also funeral insurance.

In South Africa, as in Kenya, where Equity Bank launched Equitel to increase its cost-competitiveness for USSD mobile banking customers, banks have in large part led the MVNO charge, seeing an opportunity to claw back some of the mobile digital finance market share back from telcos. Over in West Africa, however, music and culture converge with digital pay as Senegalese musicians and media moguls are awarded MVNO licenses and soon thereafter launch payment services.

But it is in India where perhaps the purest DFC-MVNO intersection has been taking place. In 2017, digital payments aggregator AdPay launched India’s first full-fledged MNVO under the Aerovoyce brand, explicitly targeting tier 2 and 3 cities. The simplicity of the logic is clear - in order to use its Wallet, users need a mobile number unique to them; with Aerovoyce, AdPay has essentially partnered with the state telecom to expand financial inclusion and mobile connectivity in one fell swoop - and seems poised to experiment with various other DFC use-cases.

To MVNO Or Not To MVNO?

For telco-adjacent players considering whether an MVNO is right for them, a dose of reality is probably the first step. The inherent limitations imposed by dependence on MNO wholesale negotiations puts a ceiling on potential profits purely from connectivity services; this is part of the reason that slightly less than half of global MVNOs are discount-only, rather than agitating to cross-sell or converge. And, more pessimistically, MNVOs suffer failure rates up to 80 percent.

Then there’s the ‘quality of supply’ angle: absent regulation - and even accounting for it - how strong are the incentives that the ‘rail providing’ MNOs really have to partner? Witness Thailand, where the government has been promoting an MVNO-friendly regulatory regime in an effort to chip away at its top three telcos’ combined 97.8 percent market share. Unfortunately for the (remaining) entrants, MVNO margins are too low to survive if the MNOs don’t want to play nice. For those that survive the initial jolt, however, the Scandinavian example should bring succor and a rejoinder for persistence.

Fundamentally, however, an MVNO play is about the size of the available target market. Executing on reaching often remote or digitally inaccessible customers is hard enough even where win-win agreements with the network provider exists. How much deeper value exists in the realistically attainable demographics - including the execution of monetizing on those relationships - is a critical success factor for MVNOs seeking to stay afloat. And in the context of increasing telco competition and falling ARPUs globally, that goes for dominant telcos as well for their banking or DFC MVNO-aspirant challengers.

The Biggest Ideas at Finovate Fall 2019

Kids: Does Digital Abstract Money For the Worse?