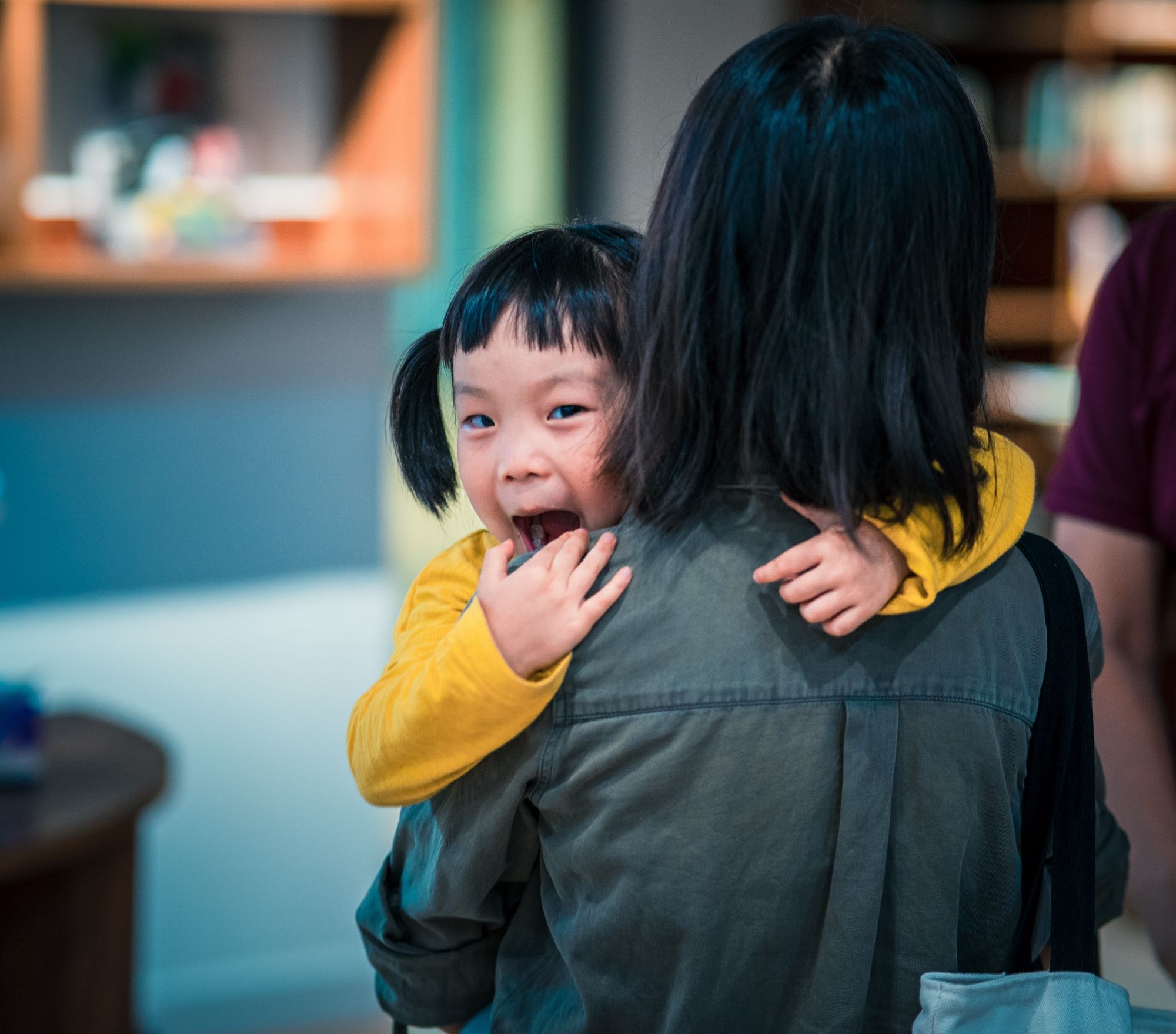 A grand behavioral economics experiment is underway on kids. Since commercial exchange began, children have learned the nature of money through physical transactions occurring around them, even as exchange evolved from barter to fiat currency. But now, children are being introduced, sometimes unwittingly, to financial transactions through a simple click on the computer, tablet or phone. Nobody really knows quite yet how the digital money revolution will impact kids in the future, but stories of hundreds of dollars purchased by kids on in-game items reveal troubling patterns. As children are introduced to concepts of money in a digital manner never experienced by humans before, they’re often engaging this novel money medium through playing hours of manipulative apps pushing in-game purchases — threatening to distort their entire perception of work, reward, and financial exchange itself.

The psychological impact of digital payment options is yet to be fully understood, even among adults. As exchange has moved away from cash-only, the shift’s impact on consumer spending has not always been pretty, or straightforward. Research in the 1980s already correlated credit card usage with higher spending per transaction, though it was unclear whether this was due to the absence of physical money or the credit factor. A study by researchers at the University of Illinois-Champagne found that consumers using Alipay's mobile payments increased their total number of retail transactions by almost a quarter (spending a value of 2.4 percent more after digital adoption). The more abstract the payment vehicle, the more profound the effects might be; people who use Amazon’s Echo spent 66 percent more on average than other Amazon consumers, including USD $400 more on average per year than Amazon Prime subscribers, though that does not take socioeconomic factors into consideration.

This increased spending occurs at least in part from what Duke University behavioral economics professor Dan Ariely calls the pain of paying — the psychological discomfort one experiences when spending money. By easing friction, digital payments may encourage profligate spending.

For children, an already impulsive bunch, the pain of paying — and away from parental supervision — is relaxed as they download and play mobile games, an eye-popping USD $63 billion industry. The design of these games dramatically exacerbate the concern. Persuasive design is surgically applied in children’s apps to manipulate kids to continue playing and purchase imaginary weapons with real money (a transaction kids do not always understand is happening).

Kids only learn numeracy, the ability to understand and work with numbers, when they are three or four years old, yet they are already engaging with in-game purchases in some cases. Children also struggle to understand abstract systems, such as the digital paths of purchase occurring when they use a parent’s card, or data collection, as well as adults, said Jenny Radesky, a developmental behavioral pediatrician at the University of Michigan who wrote the American Academy of Pediatrics guide for children and media.

While children are still internalizing what the value of money really is, they are simultaneously spending staggering amounts of time on mobile and computer screens — where they’re often being first introduced to personal financial transactions through indirect means, like in-app purchase offers. According to Common Sense Media, though usage varies, kids spend 10 times the amount of time on a screen as they did in 2011, with teenagers logging an average of six hours and 40 minutes of screen time a day and tweens four and a half hours. Much of this time is spent on video game apps often containing in-app purchases and they are not hesitant to buy. One survey found that 61 percent of all kids buy apps or make in-app purchases each month. One in eight respondents said they had accidentally spent money on an in-app purchase.

With a Cambridge study estimating adult money habits are formed by age seven, it’s easy to discern – if not yet completely scientifically elucidated — that how children are interacting in the digital financial realm greatly influences their financial habits moving forward. How exactly the abstract nature of digital payments is impacting children’s perceptions of money is difficult to fully determine, but parents and teachers have shown concern.

A Child's Imagination Fueled By Credit

In these sensitive stages of development, children’s doorways into the digital financial world are disproportionately video games and, by extension, in-game purchases. Games offering in-app purchases like Fortnite are rife with excessive advertisements, deceptive sales tactics, psychological manipulation and app sales teams targeting so-called “whales”: consumers whose collected data evinces a spendthrift nature. These tactics are most effective with impulsive customers — a trait endemic to childhood.

A University of Michigan study led by Dr. Radesky analyzed 135 of the most popular children’s apps, finding that 95 percent contained at least one type of advertising, 46 percent played teasers for the full app to buy, and 30 percent pushed in-app purchases. The ubiquity of persuasive tactics in these children’s apps alarmed researchers, with these apps manipulating children at critical childhood stages of understanding financial exchange.

Children don’t necessarily comprehend advertising as a separate entity from the game; the American Academy of Pediatrics recommends that apps for children five and younger shouldn’t include advertising all. But if anything, some of these advertisements and purchase nudges are specifically designed to prey on children’s cognitive weaknesses. Children are known to create “parasocial” relationships with characters in games, and yet 42 percent of advertisements in the study utilized commercial characters. In the children’s gaming app Doctor Kids, ostensibly an educational app, the character on the screen looks sad or even begins to cry if the child doesn’t make an in-app purchase.

The designers of these children’s games are threatening to disrupt a common way children learn real-life concepts like financial transactions: through play. Many of these games employ “grinding,” a design technique in which games are boring and exceedingly difficult without making app purchases. By praising children for deciding to make such purchases — and often making the game far easier — the child’s purchasing behavior is positively reinforced. While Monopoly may simulate real-life transactions, games that pressure or all but require kids to make purchases to advance create distorted representations of what real-life transactions are like and lead to.

In Dr. Radesky’s practice, children express a worrying relationship with the items they collect and buy on these apps.

“They talk about it as if it is so… real. ‘Oh, those are my coins. I’m really good at collecting candy.’ There’s really not any skepticism that I hear from kids about the value of the items they’re collecting. They think it’s their reward for working. I worry it creates a false reward system accompanying any purchasing activity.”Jenny Radesky, Developmental Behavioral Pediatrician, University of Michigan

How this translates to kid’s behavior is unclear. There is the possibility that this inflated sense of rewards — already heightened for kids — may lower kids’ task persistence when faced with harder tasks. By making spending the default choice in apps, such frictionless digital payments might create more passive, less critically thinking consumers. Immersed in a culture of collect and spend online, Radesky fears children will grow up to practice those same laissez-faire financial practices as adults.

With such complex questions at the heart of this emerging issue, more research is desperately needed. Nevertheless, various actors have begun proposing their own remedies. The American Academy of Pediatrics advocates for the elimination of ads in apps for children five or younger as well as the collection of children’s data — information which may lead to them being unduly targeted as “whales”. A study is expected to come out later this year describing how app design could be improved by shifting away from external rewards like stickers towards forms of internal rewards. Senator Ed Marky has introduced in the United States the KIDS Act, which would remove harmful features of persuasive design in children’s apps. Absent of legislation, academics are discussing the possibility of a rating system to better inform parents of the quality of an app.

In the private sector, other solutions offer proper guardrails for children to learn about finances in an observed, controlled manner. gohenry is one of several digital money apps that offers prepaid debit cards for kids to use. Charging a fee, parents can load money on their child’s account, set weekly allowances and spending limits, list chores to earn extra money, monitor kids’ activities and block their children from making certain types of transactions. The app also offers financial education lessons for children.

The idea clearly resonated with alarmed parents — gohenry successfully crowdfunded USD $5.6 million in 2014 and another USD $8.1 million in 2018. Serving 800,000 active users in the UK and US, gohenry seeks to help children understand the ramifications of their digital transactions, the idea being that “wasting 10 dollars at age ten and learning from that mistake is better than spending 1000 dollars at age 30,” said Dean Brauer, co-founder and US EVP of gohenry.

According to Brauer, parents in the gohenry community aren’t seeing the same chronic issues with their kids regarding in-app purchases. Receiving notifications of their children’s transactions, parents are more aware of the child’s behavior. By offering a feedback loop to children on their digital transactions, kid-users of gohenry can better understand how money moves from one point to another as well as how to better budget and save their money. An in-house survey revealed that 86 percent of parents said their kid is better at managing money with gohenry, and kids have a higher savings rate than their parents do.

If a child has a USD $10 spending limit, they can't indulge themselves on Fornite like their counterparts do with their parent's credit card, though Brauer noted that they are developing educational materials that deal with children’s games. Generation Z can’t be shielded from the digital environment surrounding them, gohenry advocates — they must interact with and understand it in a controlled environment.

“70 percent of kids receive a regular allowance, and of those, almost 80 percent of them get it in cash. But they’re digital natives. They’re not using it to go to the candy store — they’re using it to make purchases on Amazon. That’s the reality, and we have to deal with it.”Dean Brauer, U.S. EVP and Co-founder, gohenry

But in the macro-sense, the early data and preponderance of horror stories suggest that in terms of children’s perception of money, misinformed consumerism is prevailing among many. Already, the shift away from physical forms of currency threaten to obfuscate the meaning and importance of money for children. This phenomenon will only accelerate; technology companies today have biometric mobile wallet technology that simply requires a fingerprint or a smile to initiate payments. Juniper Research estimates that mobile biometrics will skyrocket in use to authenticate $2 trillion in transactions by 2023. As payments become further removed from tangible reality, the challenge of having children learn the process and nature of these transactions will only grow — raising the stakes for humanity’s first digital natives.

That this shift is disproportionately happening via apps designed to prey on children’s cognitive weaknesses is what elevates the concern from the theoretical to the self-evident. It’s possible that children may grow up from these early mistakes to better internalize the meaning of digital money; it’s too early for anyone to truly know what long-term impact these manipulative tactics will have on children’s financial behavior. But without interventions in the public or private sector, there is reason to think this game won’t go well.