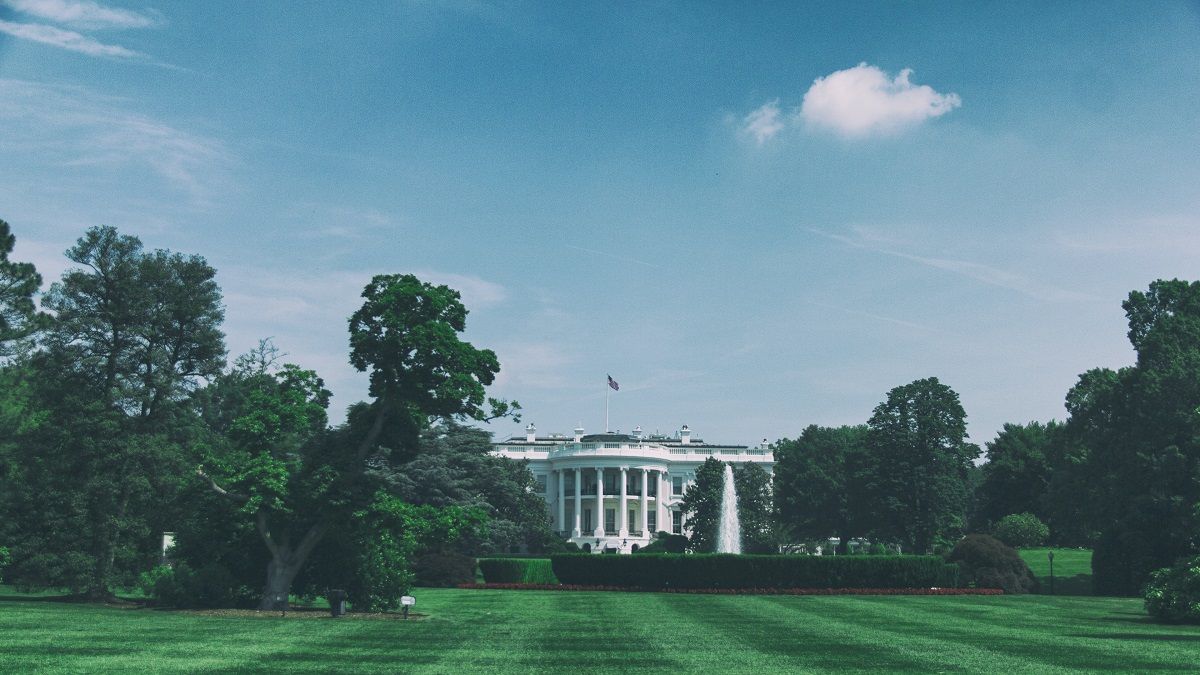 In just 55 days, the people of the United States will go to the polls. Technology will no doubt be a major factor in this election with respect to the role of social media, the dissemination of information (whether true or false), and matters of identity and verification at polling places. But the results of this election will also influence the future of technology, as more and more aspects of daily life become digitized and many consumers settle into a digital-first lifestyle thanks to the COVID-19 pandemic. Moreover, technology-driven issues relating to privacy, data management, physical and financial well-being, and even national security have ascended into the public consciousness over the past four years, putting tech on a collision course with policy. Perhaps more than ever before, the electoral choice faced by voters in the world’s third most populous country carries implications for the development, adoption, and regulation of tech across the world. And with fintech positioned squarely between tech and the ever-important financial services industry, the potential for long-term consequences in our space to result from this presidential election is high. What will we know, come November 3rd (or later), that we don’t know now? And what should members of the fintech and digital finance community across the world expect, given one outcome or the other?

On Data And Big Tech

Data collection has been in practice for as long as the internet has existed, but the primacy of data as a tool for business, political, and other insights has exploded over the last ten years. This is in part due to how much data users create on the modern internet. Each day, around 300 billion emails are sent; 65 billion messages are sent over WhatsApp; 5 billion search queries are logged; and 500 million tweets are tweeted. These figures increase each year, and amount to an ever-larger data pool. In addition, increasingly sophisticated tools are always being developed to store, analyze, and deploy this data more effectively.

But sheer data quantities are only one facet of the growing role of data. The number of internet users has also climbed steadily; sources suggest that the number of internet users worldwide has more than doubled in the last ten years, from around 2 billion in 2010 to more than 4 billion today. More than half of these users are on Facebook, and almost as many use Youtube. Furthermore, giants like Facebook and Alphabet (Google) have expanded their reach since the last U.S. election. Both firms are making more of their revenue in the APAC region relative to four years ago, while North American revenues continue to grow (albeit more slowly). This signifies a maturation of their respective business models, but with revenue comes responsibility; as more users adopt these services, the risk of breach, mismanagement, or deliberate mischief is magnified. It also signifies an expansion of the U.S. government’s responsibility to regulate these firms.

U.S. tech giants have often found themselves at odds with the Trump administration. From executive orders suspending visas for guest workers to outright threats of increased oversight, big tech has found little common ground with the current administration. Whether these disagreements can be aggregated into a coherent regulatory approach, or amount to no more than superficial political antagonism, is unclear. A Biden administration, on the other hand, could prove friendlier. According to reporting by the New York Times, the Biden campaign has enlisted advisers with close ties to Amazon, Google, Facebook, Apple, and others. Biden’s transition team even includes a former consultant for Palantir, the controversial data-mining firm that has drawn fire for enabling police surveillance operations in Los Angeles and elsewhere. Although the candidate has made official statements to the contrary, a Biden administration may in practice prove more elastic on tech policy, particularly when it comes to the lucrative area that is data collection. For the digital finance space, this may embolden big tech to make more aggressive strides into financial services (for better or worse). But at the very least, Biden is likely to apply a consistent approach, possibly allowing for a new normal to emerge sooner as the world emerges from the pandemic.

The COVID-19 pandemic has imperiled the financial health of people across the globe. In the U.S., outcomes have been mixed: while the stock market has rebounded, the country suffered its worst quarterly GDP decline ever in Q2, shrinking at an annualized rate of 32.9%. The pandemic presents a bona fide crisis for the next presidential administration, as the country will require a productive economic policy to spark recovery.

The U.S. government will also be responsible for ensuring that its citizens are able to weather the storm while the economy stabilizes. But U.S. consumers were already in deep debt before the pandemic. Total non-housing debt held by U.S. households in Q4 2019 was $4.2 trillion, an all-time high. Additionally, housing debt at this time was close to $10 trillion, around the levels observed just before the 2008 financial crisis.

Perhaps counterintuitively, the pandemic arguably improved matters with respect to debt. The sharp decline in consumer spending during Q2’s lockdown reportedly led to a decrease in credit card balances of $76 billion -- the steepest drop on record -- while housing debt leveled off. However, the overall economic situation within the U.S. may be more dire than it appears at first glance. Unemployment, though improving, is still at its highest level in eight years, and may in fact be worse than official figures indicate. The enhanced unemployment benefits effected by congress at the beginning of the pandemic expired in July, with no renewal on the horizon. Likewise, a rumored second direct stimulus payment has yet to materialize. And to make matters worse, evictions could surge across the country in coming months despite a federal order barring them. 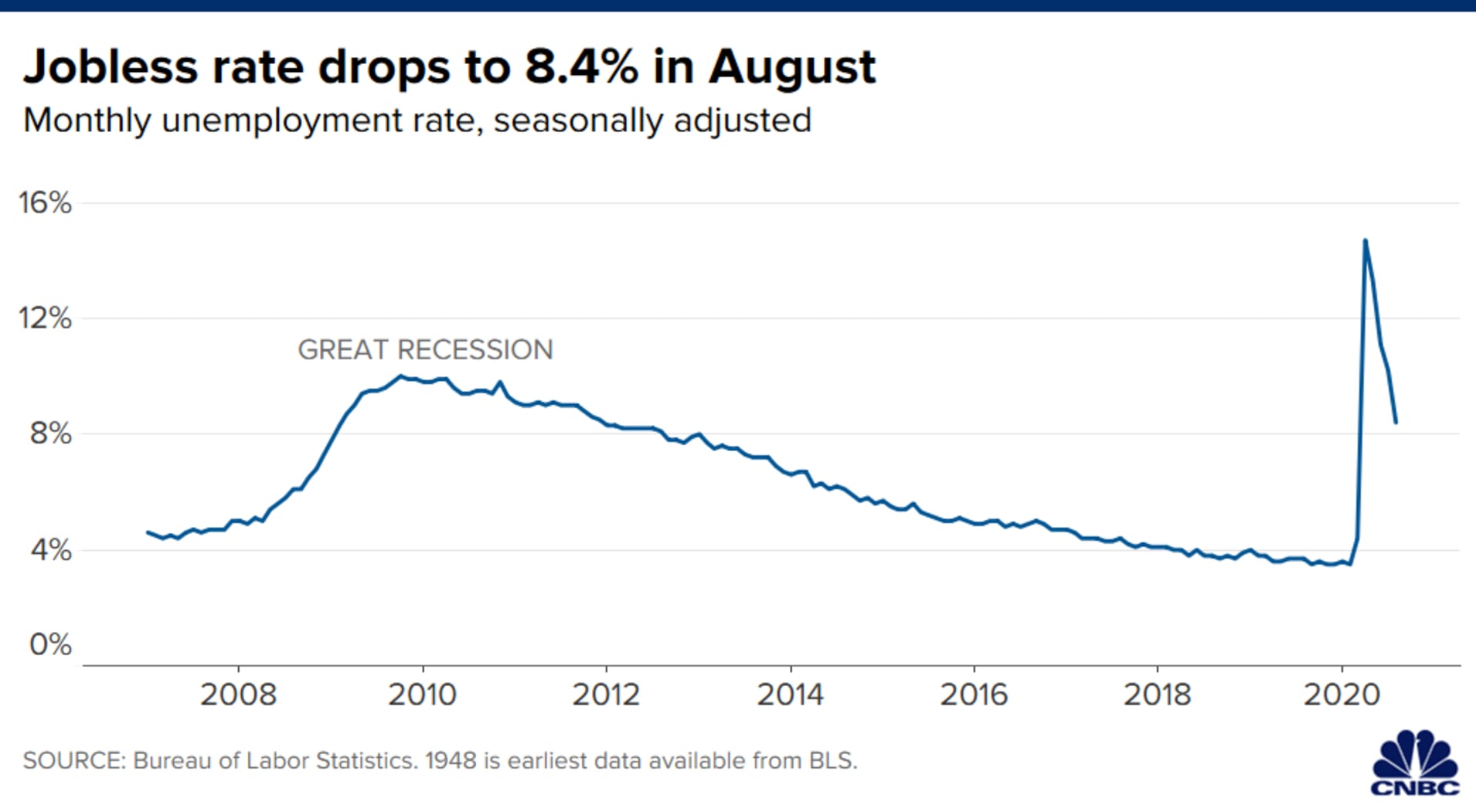 For some, fintechs could hold an answer. According to reporting by The Intercept and Type Investigations, “fintech firms have eclipsed banks and other traditional credit suppliers to become the nation’s No. 1 source of personal loans - the kinds of loans people take out when they need extra cash to stay afloat, or when they have already amassed large amounts of debt and are looking to refinance.” The report goes on to ask however, whether the loans being issued by these fintechs are serving the interests of borrowers, citing irresponsible incentive structures, inadequate legal protections, and conspicuously close ties between lenders and regulators. Much of this leeway for lenders is said to be the work of regulators appointed by Barack Obama and later President Trump. While a second Trump term would likely continue a laissez-faire trajectory for fintech lenders, it’s possible that a Biden administration would chart a similar path, given the presence of famous deregulator Larry Summers on Biden’s team of advisers and the candidate’s record of advocating for credit card companies on matters of bankruptcy policy. But if the personal loan market does in fact lead to poor economic outcomes on a mass scale, the fintech sector could find itself under closer scrutiny by a Biden administration, as prominent voices within the Democratic party have called for stricter regulation in the tech sector specifically.

Finally, the incoming administration will have its hands full with an increasingly tech-infused foreign policy landscape, complete with national security worries ranging from infrastructure concerns to industrial espionage and intellectual property theft. The Trump administration has launched a high-profile campaign against China in particular, taking steps such as levying new tariffs and threatening to ban Chinese firms from operating in the U.S. Additionally, the administration’s stance toward other nations has consistently followed an “America First” doctrine, which has in effect isolated the U.S. and alienated would-be partners. The administration has been unpredictable in which countries it favors, and which it shuns; for foreign firms looking to enter the U.S. market or foreign entrepreneurs looking to start operations stateside, the particular country of origin will likely be a significant factor in ease of access.

A Biden administration would likely be less isolationist, though President Trump’s toughness on China has earned bipartisan support over time. On China, a President Biden could find his hands tied. A recent survey indicated that public opinion in the U.S. has taken a sharp anti-China turn, with net favorability dropping from -3 to around -50 during the span of the Trump administration, and an overwhelming majority of respondents holding the Chinese government at least partially responsible for the outbreak of COVID-19. 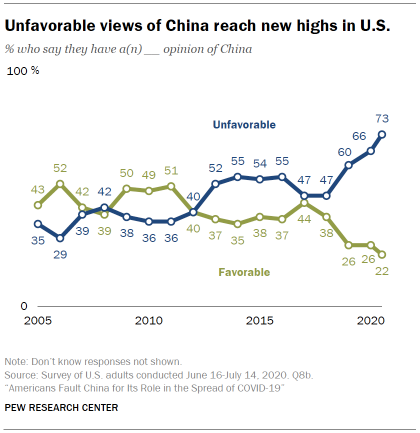 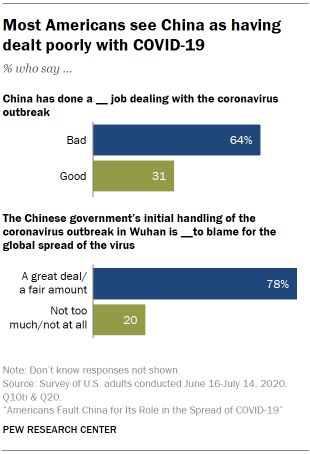 No matter the outcome of November’s election, it will be tough sledding for Chinese firms trying to expand operations within the U.S. The Trump administration has also set a significant precedent by threatening companies like TikTok and WeChat with banishment. If the U.S. president can halt Chinese firms from operating within U.S. borders by arbitrarily invoking national security, what is to stop future administrations from taking similar actions toward other countries? And if the whims of the sitting president can dictate how foreign actors do business in the U.S. with few (if any) checks, then a new risk has been introduced into the global tech and investment landscape, no matter who occupies the White House. Who that will be is as of yet uncertain. But the answer is contained in the next 55 days.