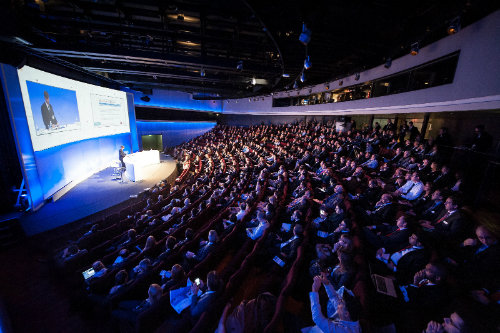 Security was one of the main themes resonating at last week’s CARTES event, an exhibition focused on the semiconductor industry and secure payment solutions held in Paris from 19 to 21 November 2013. Thus it was especially fitting that the event was renamed this year to CARTES “Secure Connexions,” and that attendees had access for the first time to Milipol Paris, a separate exhibition for the internal security industry organized by the French Ministry of Interior.

The theme of security was front-and-center both on the exhibition floor (with over 440 exhibitors) and at the speaker sessions, including the high-level World Summit, which brought together the CEOs and SVPs of prominent industry stakeholders to discuss the challenges and opportunities of secure payment. Discussions included the security advantages of smart card-based payment solutions over cloud-based solutions, the rise of EMV-compliant mPOS platforms, and the use of biometrics for authentication.

Despite the focus on smart cards, it was clear that mobile was on the forefront of everyone’s minds, as best articulated by Gemalto’s CEO, Oliver Piou, who summed up the industry’s future in just two words: “Mobile First.” For those who were unable to make it to the event, we have put together the following overview, including key trends to watch and award-winning innovations.

Realizing a transition to mobile payments will require MFS stakeholders to push the envelope and create truly innovative systems. The CARTES Sesame Awards aimed to showcase a few of the most game-changing solutions, and we highlight some of the most exciting here:

P2P Payments as a Catalyst for Mass Mobile Payment Adoption