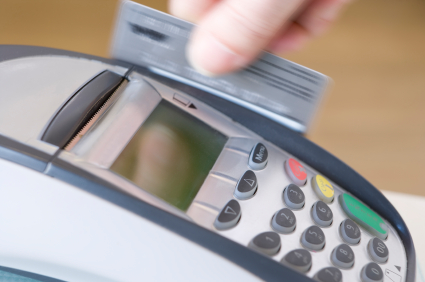 The delivery of financial services via the mobile channel has opened the doors of financial inclusion to those who were previously excluded from having a bank account, a loan or a debit or credit card. However, as discussed in previous Mondato Insights, the lifecycle of these digitized funds tends to be short. Other than for the purchase of mobile airtime, customers generally opt to cash out and make their purchases in cash, in large part simply because cash is convenient and universally accepted.

Much of the focus of MFS practitioners has been on how to ensure that these digitized funds remain in the system, and how to incentivize consumers not to cash out. Too often, though, attention has focused on how to keep funds within one particular wallet or payment system (which is obviously good for that system’s operator), but which loses sight of the larger goal, which is to avoid the consumer cashing-out, particularly if it is in order to make payments.

Some mobile money operators, notably Safaricom, have been investing heavily in merchant sign-up, and using aggregators such as Kopo Kopo, to put in place a mobile money payments ecosystem that will, theoretically, incentivize consumers to retain funds in their wallets and use them to pay. The reality, however, is that despite often charging merchants fees that are substantially below transaction fees charged by banks for processing card payments, the payment process remains somewhat clunky, slow, involving too many steps and offering very little in the way of a value proposition for the consumer.

The Comeback of Cards

In this context, it is perhaps unsurprising then that payment cards, often issued by either MasterCard or Visa and which are linked to a mobile money wallet, have begun to re-emerge as an important component of the MFS ecosystem. In more advanced middle-income markets, where card payments are relatively widely accepted, there is a clear logic behind connecting customers to the extant payment infrastructure, particularly where the ability to pay by card has an aspirational element to it. It comes as no surprise that in the past few weeks, both Vodacom and MTN in South Africa have announced the re-launch of their mobile money offerings, and in both instances the mobile money wallet is connected to a debit card (Vodacom’s M-PESA offers a Bidvest Bank Visa card, while MTN’s Mobile Money customers can purchase a Mobile Money-branded Visa card).

There is nothing new in this, of course: M-PESA customers in Kenya have for several years had the option of purchasing an I&M Bank Visa card that can be topped up from M-PESA. What is noteworthy, however, is the extent to which Visa and MasterCard products are being linked to mobile money wallets in other markets, which are either less developed economically, or have a less well established mobile money ecosystem. Last year, for example, Orange Money in Botswana announced the launch of a Visa card, while in the past week Zimbabwe’s Econet announced an agreement between its EcoCash mobile money service and MasterCard, that will result in three million EMV ‘Chip-and-PIN’ MasterCard debit cards being issued to EcoCash’s customers over the next three years. This follows barely two weeks after Zimbabwe’s second-largest telco, Telecel, announced that it would be issuing ‘Telecash gold cards’, debit cards that could be used anywhere Zimswitch-compatible cards are accepted. And even though cardless ATM withdrawals are possible, customers of WING Cambodia have shown a strong preference for having a physical card that represents access to their money and provides for alternative payment and remittance options.

From the consumer perspective, there is a clear value proposition in having a card linked to their mobile wallet; behind it lies the same reason that customers like having a debit card linked to their bank account: they can spend the funds in the account without having to visit an ATM or mobile money agent to “cash out”. And so long as the card is a payment card with widespread acceptance, such as Visa, MasterCard or one of any number of domestic switch cards, consumers immediately have the ability to access and spend their funds at a wide variety of outlets, which adds to the attraction of having a mobile wallet. As internet, smartphone, and 3G and 4G penetration increase across developing markets, consumers will increasingly demand payment options that will allow them to make purchases online. Mobile money providers that have no answer to the question, ‘where can I spend my money?’ are likely to find themselves left out in the cold.

In a recent Mondato Insight on how merchants were the missing link in the recycling of digital funds, we noted that some commentators believe that mobile savings products will be the key to providing the incentive for consumers to retain funds in their mobile wallets, and provide the spur to merchant adoption of mobile payment systems. That is not an unreasonable position to take, were we reinventing the wheel and building a payments ecosystem, as opposed to a mobile payments ecosystem, from scratch. But where the goal is greater financial inclusion or a cashless society, there is already in place a widespread network of established payment systems that can be linked to a mobile wallet: payment cards, whether pre-paid and funded from a mobile wallet, or linked directly to it.

Mondato put this idea to Jojo Malolos, the mobile money pioneer who was hired by Smart Money in the Philippines in 2007 to convert the value added Smart Money service into a core business of Smart. As a result of that role he saw the development of new business partnership models with card issuers (MasterCard) and MTOs (Western Union and Moneygram) in creating new financial ecosystems for the unbanked. Smart Money was not only the precursor of mobile money e-wallets, it was also the first ever mobile money use case that was accompanied by a MasterCard issued debit card linked to the wallet. He agreed that money transfer was just one aspect of the journey towards financial inclusion for the unbanked: “The journey is around earning money, using money, saving money and investing money by the underprivileged” he told us, “so that they become a real and impactful part of emerging economies where growth can clearly be attributed to their transformed roles in society.”

Mr. Malolos noted in particular the potential of pre-paid cards, like Amex Serve, to deliver financial inclusion in developed as well as developing economies. Serve can be loaded with as little as $20 at any of almost 18,000 retail locations across the Unites States. Reflecting the growth in smartphone usage across the United States, Serve has a downloadable app that allows cardholders to view their balance and make bill payments, in a stripped-down form of the Bluebird product Amex launched a few years ago.

Mr. Malolos told us, however, that this was just one piece of the jigsaw, and that what would be key in the future development of the ecosystem would be enhanced agent management systems allowing for greater functionality of retail agents, who could end up doing everything from savings to remittances to loyalty payments. He believes that the advent of the affordable smartphone will give rise to both the big data and the push for interoperability that will, together, “give the customer the best value for mobile financial services – telco agnostic, bank agnostic – at any given point in time.” What is necessary, Jojo strongly believes, is that the MFS ecosystem adapt to the needs of the unbanked. He told us that he envisages a future ecosystem of acquirers, issuers, and merchants interoperating with each other at the base of the pyramid through a mixture of tools such as cards, tokens, NFC-enabled phones (via a sticker, case, or SIM) to facilitate transactions for staple goods and basic services. “These and other innovations will drive billions and billions of daily transactions to spur and sustain consumer adoption.”

It is possible, perhaps even likely, that this re-emergence of the use of cards is a temporary phenomenon, where the market is providing a solution to what is a real problem: enabling mobile money wallet-holders to spend their money easily and conveniently without having to revert to cash. The long-term trend, nonetheless, remains away from the use of cards or other dedicated visible payment mechanisms and towards frictionless, and ultimately invisible, payments. The rise of Host Card Emulation (HCE), which has the potential to liberate NFC-based payments systems from dependence on MNOs, may well step into the breach and create workable and scalable payment solutions for mobile wallet holders. Similarly, tokenization could well transform how security around mobile payments is conceptualized and executed, and could well transform the payments sphere. And indeed, as Jojo Malolos pointed out to us, apps that meet the needs of smartphones in the hands of the world’s current 2.5 billion unbanked will create their own dynamic in the market.

In the meantime, however, and until a solution is arrived at that meets the needs of consumers, merchants and mobile money providers alike, banks and card issuers appear to have been given a new dose of relevance in the world of MFS. However, as the distinctions between financial institutions and telcos continue to blur, perhaps that is not not at all surprising.

WhatsApp Versus Viber: The Payments Battle of the Future?

Finding the recipe for success in MFS