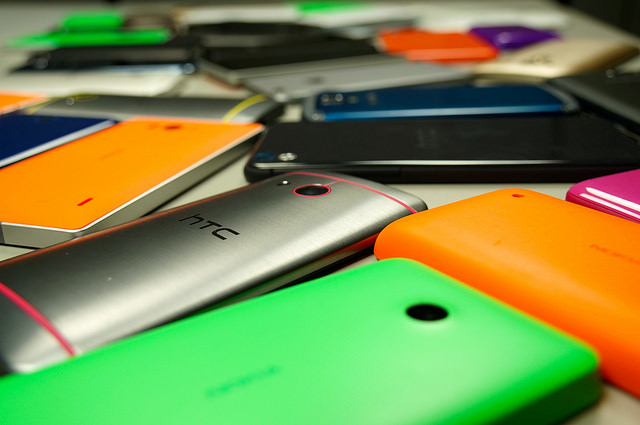 Moore’s Law observes that over the history of computing, processing speeds have doubled every two years. Whether such an exponential rate of growth is permanently sustainable is subject to some doubt, but what is irrefutable is that the pace of technological change that anyone alive today has seen has never before been observed in the course of human history. Almost everyone over the age of 30 in an advanced economy remembers when they got their first mobile phone; however at that point few would have dreamed or imagined that by 2012 more people around the world would have access to a mobile phone than to a toilet, potable water or electricity. If, within a few years, the majority of consumers in emerging markets are going to have access to or possession of smartphones, that is going to have profound implications for mobile finance and commerce ecosystems.

Apple wasn’t the first company to bring a combined cell phone and handheld computer to market (though they may have been the first to run with the concept), but so ubiquitous has the smartphone become in developed markets over the past few years that it is sometimes easy to forget that it was only eight years ago last week that Apple unveiled the iPhone to the world. Increasingly, however, consumers in developing markets are turning to smartphone devices, taking advantage of plummeting prices and cheap mass market models, often from China, to get online access as well as access to voice telephony.

Estimates from BNY Mellon already suggested that 2014 saw more smartphones sold in emerging markets (not including China) than in developed markets, and project only modest growth in the developed smartphone market (which is already almost saturated), but growth of around 40% for emerging markets outside of China by 2017. To put these figures in a little more context, Gartner reported that in Q3 of 2014 global mobile phone sales were flat, but sales of smartphones grew by 20% while feature phone sales dropped by 25. According to Gartner’s estimates, by 2018 nine out of ten phones will be smartphones. If this comes to pass, it is potentially going to require a substantial rethink about the delivery of mobile financial services to consumers in developing markets, where up until now the feature phone has dominated.

As Mondato Insight discussed last week, the transition to smartphones is already being seen in those markets where mobile money has put down the deepest roots, as evidenced, for example, by M-Shwari offering loans for the purchase of smartphones. What is less clear, however, is what mobile money technology and platforms will look like in a market where smartphones predominate. Some clues, however, may be garnered from looking at Myanmar, a country that due to its own peculiar history seems set to leapfrog even the feature phone phase of telecom development, and charge headlong into the world of the smartphone.

Mondato Insight spoke to Tom Newton-King, Head of Mobile Money for Ooredoo Myanmar about the development of the smartphone market in a country that has been described as a sandbox for the development of mobile financial services. Although it still only has a mobile penetration rate of somewhere between 10% and 20%, surveys have suggested that a remarkable 95% of the country’s mobile customers are smartphone users. In fact, Mr. Newton-King reported that he has never actually seen anyone in Myanmar using a feature phone. Moreover, a feature phone user would find themself unable to use their mobile device on Ooredoo’s U900 network in Myanmar, as the spectrum isn’t supported by basic handsets.

Driving the growth of smartphones is, of course, China from where brands less sophisticated and less well known than Huawei and Xiaomi are driving sales “frugal but feature-rich”, according to The Economist) and, in Myanmar at least, are both pervasive and available for as little as US$30. Over a short period of time this of course establishes a secondary market, where these models may be purchased second-hand for $15, further expanding the reach of the handheld computer into the hands of those of meager financial means. (It should be noted, however, that Huawei, and other Chinese companies such as Oppo are marketed, and often seen, as higher-end products than Xiaomi and other more obscure manufacturers).

Chinese manufacturers are not the only kids on the block when it comes to the cheap smartphone, however. To much fanfare, Google launched the Android One device in India, though sales have been somewhat disappointing. Samsung recently launched the “Galaxy Grand Max”, a lower-end smartphone, though one that is initially only available in the company’s South Korean home market, in what is seen as an effort to reverse the decline in its market share, largely at the hands of the aforementioned Chinese manufacturers. The Nokia 220 was launched at Mobile World Congress 2014 with a sticker price of US$40, while Mozilla’s ZTE Open C starts at a mere US$25. Nokia have since announced the 215 model, with prices starting at US$29. Competition is getting fierce and prices are plummeting, though some observers point out that turning a profit is not easy in this sort of cut-throat market.

Garner’s estimate of 90% smartphone ownership in 2018 is largely born out by the observations of Mr. Newton-King, who sees smartphones being two to three years away from being pervasive in African markets. Smartphone arrival, however, is likely to have a transformative impact on the world of digital finance and commerce, and potentially raise the specter of USSD becoming an obsolete technology, or one that exists largely as a back-up in support of over-the-top apps. Smartphone applications hold out the potential to bypass or solve many of the problems associated with low active usage in mobile financial services, such as poor or non-intuitive user experience, problems with vernacular languages that are not supported and as well as offering easier technical solutions to ensure the security of the transaction.

Whether USSD becomes a thing of the past in emerging markets where mobile money has already taken root to one degree or another will largely depend on the approach of MNOs. Furthermore, how much other emerging markets can learn from Myanmar will depend on the degree to which mobile money products that are developed there overcome the hurdles of consumer adoption, acceptance, and active usage.

It has been predicted that the key to significant adoption and scale in mobile money will be where it converges with social media, and no single market is there yet: many markets in Southeast Asia are big on social but low on payments, while the opposite is often the case in Africa. The relative ubiquity of smartphones in Myanmar and its unique opportunity to build an ecosystem from scratch mean that it may hold important lessons for the rest of the world in how to reach scale and develop a mature ecosystem in a relatively short period of time.

Smartphones hold out the potential for market leading MNOs to expand their market share, but will also create space for traditional financial institutions and third party over-the-top players to enter into the digital finance space. This sort of increased competition will undoubtedly be a good thing for consumers, offering choice and an enhanced user experience. The big question, of course, remains whether MNOs will be willing to take the risk and apply the lessons of Myanmar and elsewhere, or whether the control offered to them by USSD means that they will be in no rush to let go. Only time will tell, but the clock is ticking.

<span style="color:#660033";>©Mondato 2015 Mondato is a boutique management consultancy specializing in strategic, commercial and operational support for the Mobile Finance and Commerce (MFC) industry. With an unparalleled team of dedicated MFC professionals and a global network of industry contacts, Mondato has the depth of experience to provide high-impact, hands-on support for clients across the MFC ecosystem, including service providers, banks, telcos, technology firms, merchants and investors. Our weekly newsletters are the go-to source of news and analysis in the MFC industry.

48 Hours with No Cash and No Plastic

Is MFS in Africa Reaching Maturity?