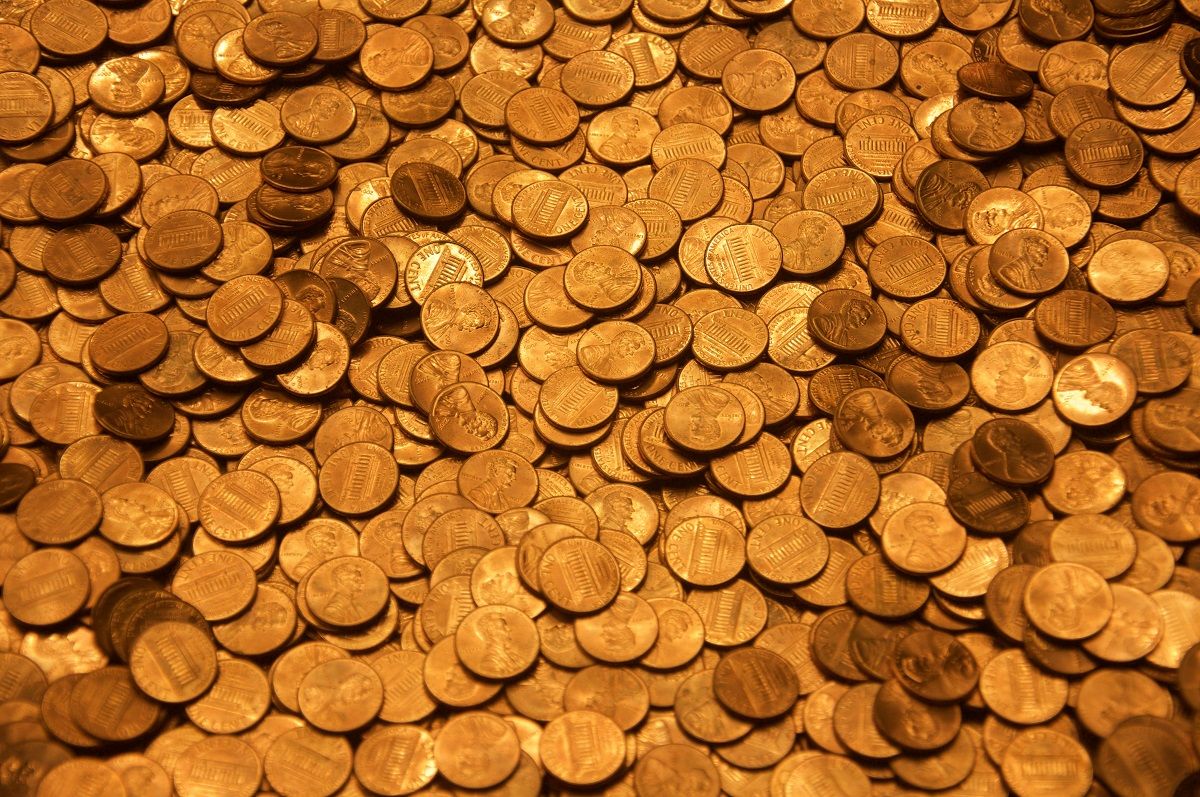 From Bitcoin to Libra to the bustling ecosystem of “altcoins” available on the more than 300 active exchanges worldwide, cryptocurrencies have steadily matured into a full-blown industry. A universe of products have emerged (many with specialty use cases in mind), but Bitcoin’s central objective since its launch more than ten years ago of providing an independent payment service capable of bypassing financial institutions is still -- at least in practice -- out of reach. Likewise, the correlated objective pursued by Libra and proponents of financial inclusion across the globe of introducing equitable financial services to the world’s 1.7 billion unbanked people remains a lofty one. With recent blockchain advancements focusing on interoperability and scalability of various platforms, and central banks now weighing in on the digital currency debate, how much closer is cryptocurrency to resolving the biggest bottlenecks in finance?

In addition to attaining its third halving, Bitcoin hit a few other milestones this year: for the first time ever, the number of individual accounts holding more than .1 BTC (~$940 USD) eclipsed the 3 million mark. The number of accounts holding at least 1 BTC (~$9400) also reached an all-time high in March, climbing to almost 800,000, and the number of non-zero accounts is currently over 29 million. These adoption benchmarks should, in theory, signal progress for the notoriously volatile digital asset.

However, 2020 has not been the year some #Bitcoiners hoped for. With the COVID crisis rattling markets and reshaping commerce across the world, BTC presumably had an opportunity to step in as an insulated alternative investment. Moreover, central banks across the world (including the U.S. Federal Reserve) have taken on significant quantities of debt since the onset of the pandemic in order to pay out economic stimulus to keep businesses and families afloat. This kind of inflationary monetary policy, coupled with rampant debt and economic uncertainty, has been linked to greater enthusiasm for Bitcoin in the past, as in Greece in 2015 during their sovereign debt crisis, or Argentina during their ongoing currency crash. And yet, BTC has seen the same ups and downs as ever during 2020, with no “boom” in sight (and certainly not one commensurate to the drama wrought by the COVID crisis). If Bitcoin is supposed to act as a “safe haven”, thriving during times of turmoil, why is this very shaky moment not its finest hour?

The truth is that Bitcoin cannot be all things to all users; it is a difficult-to-scale platform which still occupies an uncertain regulatory space. Furthermore, although it is the best-known cryptocurrency, it is unsuited to most payments use cases thanks to its volatility, long confirmation time, and inconsistent transaction fees. But more importantly, Bitcoin’s price is not the only indicator of its success (or failure). While trading pairs go up, down, and sideways, blockchain developers are quietly working behind the scenes to build, test, and ultimately deploy improvements to these platforms. In the case of Bitcoin, innovations like Lightning Network are attempting to serve as new, faster networks which sit on top of the platform. Meanwhile, the team behind the world’s second-highest market cap cryptocurrency, Ethereum, is building and testing “Ethereum 2.0”, which aims to make changes to the platform itself, hoping to make it more scalable and accessible. And alongside these titans, new “altcoins” are entering the market almost more quickly than they can be counted, numbering over 5000 according to a tally done earlier this year.

Bitcoin’s origins remain shrouded in mystery and its creator’s true identity remains unknown; Ethereum, however, boasts a now-iconic origin story and a public-facing founder in Vitalik Buterin. Buterin and the Ethereum team have been working on Eth 2.0 for years, and Buterin himself has published his personal vision for what Eth 2.0 might look like. Importantly, it involves a transformation from “Proof-of-Work” (the same kind of consensus mechanism used by Bitcoin) to “Proof-of-Stake”. In a nutshell, this change means that the network will run on nodes operated by stakeholders in Ethereum, rather than by miners solving complex mathematical problems.

Certainly, this change would reduce Ethereum’s environmental impact, as the electricity required to mine a Proof-of-Work blockchain can be significant. The Bitcoin network, for example, consumes an estimated 59 terawatt-hours of electricity every year -- as much as all of Greece. But this change would also take miners out of the picture altogether, which would resolve the issue of ever-more-concentrated power in the hands of big mining operations in China. Again taking Bitcoin as an example, there is cause for concern when an estimated 70%+ of Bitcoin worldwide is mined in China. Not only does China maintain tenuous relationships with other nations, both regionally and across the world, but a worrisome 55% or more of the nation’s energy still comes from coal. Given the heavy electricity use required by Proof-of-Work blockchains, it is poor optics at best (and climate denialism at worst) for Bitcoin that so much of the network is run by miners located in the world’s most coal-intensive country.

If Eth 2.0 does indeed resolve cost and scalability for Ethereum, the platform could cement its status as the blockchain of record for Decentralized Apps and Smart Contracts, beating out rivals like EOS, Stellar, Cardano, and Tron. But for Ethereum, Bitcoin, or any other blockchain-based cryptocurrency to attain true mass adoption, the same financial institutions which Bitcoin sought to circumvent at its founding must be brought around to the value of crypto. Initial runs at a corporate coin have been taken by JP Morgan and Facebook’s Libra, who may see crypto as a backdoor to cornering the payments market, though their outings have perhaps not gone down as smoothly as was hoped. Nevertheless, only in the last year have major private sector players begun to express interest in (and devote resources to) the advancement of blockchain technology and its application to real use cases. This is an important area to watch as cryptocurrency fights to shake off the label of being nothing more than an illicit payments channel. At the same time, the public sector is showing signs of warming to digital currency as a concept (though not necessarily to Bitcoin itself just yet).

If You Can't Beat Them

When the COVID-19 crisis hit the United States in March, the federal government got to work planning economic relief programs. Among these programs was a one-time payment of $1200 USD to qualifying adults, plus $500 for each child. As some citizens began to receive their payments, others were left waiting, and waiting… and waiting. The mechanism used by the Internal Revenue Service to disburse the payments was direct deposit for taxpayers with a bank account on file; others received checks in the mail; still others received prepaid debit cards with the payment pre-loaded onto them. This lack of uniformity led to delays, but the payments themselves were also erratic; reports have emerged of individuals receiving checks made out to dead relatives, or receiving two checks, or none at all. Even more concerningly, as many as 10 million eligible adults are at risk of not receiving their payment due to being unbanked. Undocumented persons were also left out of the bill.

The rocky debut of the COVID relief payments ignited a debate in the U.S. Congress about the possibility of creating a “digital dollar” -- essentially a government-run, blockchain version of the USD. Though this initiative is still nascent and the work required to establish such a system would likely take years, it is part of a movement underway across the world. In addition to China’s Central Bank’s much-publicized interest in creating a Digital Yuan, official digital currencies have been proposed in South Korea, Ghana, Canada, Uruguay, Sweden, and many others. Venezuela even launched a state-sponsored cryptocurrency, dubbed the Petro, in 2018, although it is reportedly not in use. This year, however, the fate of digital dollar could be different; not only has COVID caused economic upheaval for which direct payments could be a remedy, but commerce and payments have, in many markets, moved online in response to shelter-in-place orders. Although getting rid of cash altogether is not realistic in most countries, creating a parallel digital version of the extant government-backed currency better suited for the post-COVID world may prove necessary, as the first major power to do so could enjoy first-mover advantage and set a benchmark for other countries to follow. 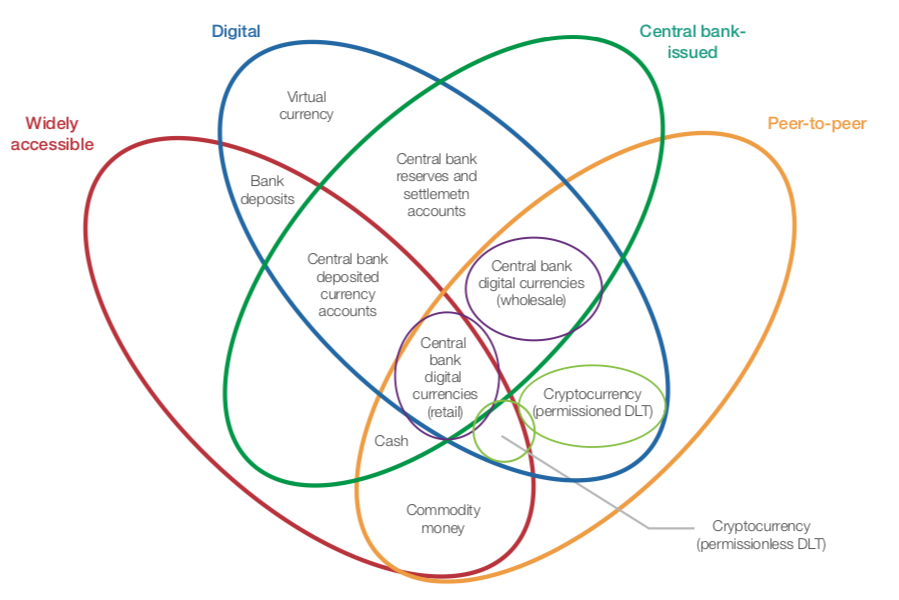 Although Bitcoin, Ethereum, and Central Bank Digital Currencies are interested in addressing the same bottlenecks, the various approaches (and constraints on leadership) of these currencies mean that no single technology may be the silver bullet to the woes of the global financial system. Bitcoin may indeed be best suited as a value store; Ethereum may serve as a decentralized computing platform; and government-backed digital currencies may become the new standard for G2P and P2G payments. With the diversity of use cases emerging in response to COVID, as well as the ongoing opportunity to address the world’s unbanked population in today’s increasingly digital world, cryptocurrencies may finally see the push for adoption they’ve been waiting for -- if not in 2020, then soon.