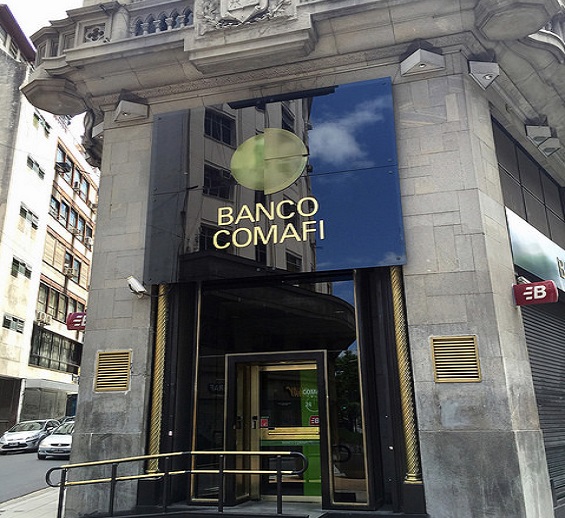 Latin America’s banking system is deeply rooted in the region’s economies, and several banks have been pioneers in using branchless banking to facilitate relatively high levels of financial inclusion. Other Digital Finance and Commerce (DFC) players in the region are also encouraging the emergence of new financial services models, whether it be by a Fintech “revolution” that provides the middle classes with improved financial services such as payments and alternative lending products, or through the provision of Mobile Money. In this Mondato Insight, we provide a portfolio view of DFC in Latin America, and examine some of the different ways individual countries are succeeding (or not) in fostering the DFC ecosystem expansion.

It is tempting to characterize regions or even whole continents as having certain socio-economic characteristics, and therefore being more or less susceptible to success in realizing financial inclusion. Unfortunately, such an approach is not very promising for Latin America, as its various markets are vastly different not only from a socio-economic perspective, but also from a regulatory and political point of view. So any meaningful analysis must commence a level deeper, to obtain an understanding of formal banking penetration as well as the level of and levers for DFC adoption in each country.

A high-level review of the state of DFC in the various markets comprising the LatAm region suggests that they may be broadly characterized along the following four “clusters”: countries that have exhibited Mobile Money success, those that are experiencing a surge in Fintech innovation, those that seem entrenched in the status quo, and those in which Mobile Money has not met its promise. While DFC stakeholders across Latin America may share a common view of the end game, whether measured in greater financial inclusion, commercial expansion or otherwise, specific implementation paths tend to be very much market-specific.

While Mobile Money has had varied success across Latin America, mobile network operator (MNO) initiatives in El Salvador, Honduras and Paraguay have been some of the most successful deployments in the world for telecom operator Tigo/Millicom. All three countries feature in the top 15 Mobile Money markets in the world when ranked by 90-day active accounts as a proportion of the total adult population.

Some reasons for this success include Tigo’s focus on tailoring DFC propositions to the unique requirements of each market, even in cases of greater uncertainties such as, until just recently, the general lack of regulations relevant to Mobile Money in El Salvador and Honduras (as previously discussed in more depth in this Mondato Insight). And although these newly implemented regulatory policies officially open the playing field to non-banks, there are still some concerns that “the regulations lack clarity, and incorrect implementation could hamper ambitious financial inclusion objectives”, as stated by Jose Sanin, Regulatory Manager, Latin America, for the Mobile Money Programme at the GSMA, in a recent interview. It will be important to see whether and how these uncertainties impact continued adoption and ecosystem development.

Although still nowhere near the scale of the largest Fintech hubs in London, New York, Silicon Valley, and Singapore, pockets of innovation are emerging in Mexico, Brazil, Colombia, Chile and Argentina as they lead the way for the region. These are large, vibrant markets whose populations have relatively high incomes and good access to finance. Although some Fintech players have experimented with Mobile Money without success, perhaps partially due to the relatively high penetration of existing financial products, payments and alternative lending are drawing investor interest. In particular, and as seen in other regions, there is an increasing focus on small and medium enterprise (SME) lending services.

“These five counties have more capital than their regional counterparts, and have created conducive environments for innovation with start-up incubators, accelerators and associations,” according to Pablo Ruiz, Director of Corporate Innovation at NXTP Labs in a recent interview. Examples include the accelerator he works for - NXTP Labs - which is one of the most active early-stage funds for tech companies in Latin America, BBVA Fintech Startup Competition Open Talent which looks for groundbreaking ideas from across the financial services spectrum, Startup Chile which is a seed accelerator created by the Chilean Government, and Wayra, Telefonica’s startup accelerator, among others.

Although these markets have developed an environment conducive to innovation and startups, often the players are still trying to figure out ways to work with or around existing banking regulations. As the governments start to prioritize Fintech, they themselves are also taking another look at creating more transparent and enabling regulations, such as developing new Fintech-specific licensing rules in Argentina and Brazil.

Reliant on Status Quo for Now

Other markets with similarly established banking infrastructure, however, have not always seen similar levels of Fintech innovation. In Costa Rica, Jamaica, Panama and Uruguay, given the relatively high income and access to the formal banking system, financial inclusion has not been a top item on many peoples’ agendas. These countries also lack the critical mass domestic market that might draw greater Fintech investment, and therefore have tended to generate less homegrown Fintech to date.

Jamaica and Panama both are home to Mobile Money services, Conec and Móvil Cash, respectively, but these deployments are still nascent. Given their lack of momentum, these markets may present fertile ground for already-established Latin American and global Fintech and Mobile Money players looking to expand, perhaps by including value-added services that complement formal banking services.

There are several markets that have already seen the launch of Mobile Money services but have not yet seen widespread success, even though there are low levels of financial inclusion. Actors in Bolivia, Dominican Republic, Ecuador, Guatemala, Haiti, Nicaragua and Peru have all toyed with Mobile Money deployments, but given their less than stellar performance to date, may need to reassess their strategies.

Bolivia and Dominican Republic both count two Mobile Money deployments each, Viva and Tigo Money and Orange M-Peso and E-ffectivo Móvil, respectively. Although Bolivia’s Mobile Money services have seen growth in the past year, consumer adoption is still low. M-Peso launched in 2014 in Dominican Republic, but likewise, has not seen much growth. Both markets have not been able to extend financial services to rural areas.

Regulation and/or political instability have affected Mobile Money growth in Guatemala, Haiti and Nicaragua. In Guatemala, Mobile Money is not specifically regulated, and thus the current legal status of Tigo Money is uncertain, hindering the operators from further investment. Two Mobile Money programs were launched in Haiti with the support of international donors, Bill & Melinda Gates Foundation and the U.S. Agency for International Development (USAID), after the earthquake in 2010. But even there, sector-specific regulation was not developed and Mobile Money still has not taken off. On the other hand, although Nicaragua has enabling regulation, the mobile network operators there do not have an appetite to increase their investment in the service to due existing political instability.

Ecuador and Peru have developed unique models for digital finance, but with limited success. As Ecuador’s economy is based on the US dollar, the cost of cash to the government is very high. To circumvent this, the Central Bank of Ecuador has concurrently issued electronic money and launched a service called “Efectivo”. However, the commercial model of Efectivo is not well defined, and as a result it has received less supply-side support as banks and MNOs do not see a significant incentive to invest resources in it.

In the case of Peru, 34 of the country’s leading banks have collaborated to provide an interoperable Mobile Money solution through the creation of a special-purpose company with the support of the major MNOs and the government. The product is called BIM, short for mobile wallet in Spanish, and was just launched in early 2016. Although it has not yet been as successful as expected, there are efforts to drive adoption through government-to-person transfers, as previously discussed in depth in this Mondato Insight.

Latin America seemingly has a strong entrepreneurial spirit, as Facundo Vazquez, CEO of Poincenot, told us, since “managing uncertainty is part of our DNA, the uncertainty does not block us because we are used to starting from zero, learning, failing and starting again.” This could be important for the burgeoning local Fintech scenes where success requires an iterative, experimental approach. On the other hand, Mobile Money has seen most success in Latin America when deployed by capital-rich international players, such as Tigo, as developing large agent distribution networks requires significant resources. Yet funding alone has not proven sufficient, and there are several deployments that are stalling, seemingly either from a lack of an enabling regulatory framework, or from faulty deployment strategies. Latin America’s “story” of Mobile Money has not been one narrative, but many.

That said, there are signs that the DFC ecosystem in Latin America may change dramatically in the next three to five years as an increasing number of foreign companies look to enter the region, banks seek to offer innovative offerings and MNOs position themselves as digital hubs. We may not be far from a time where the different narrative threads weave together, with the space being increasingly characterized by cross-sector convergence.

Mondato’s first Mondato Summit Latin America will be held in Buenos Aires, Argentina from the 30th of November to the 1st of December 2016. You can find further information here.

Is OTC a Trojan Horse or an Elephant Trap?

The Socialization of Payments