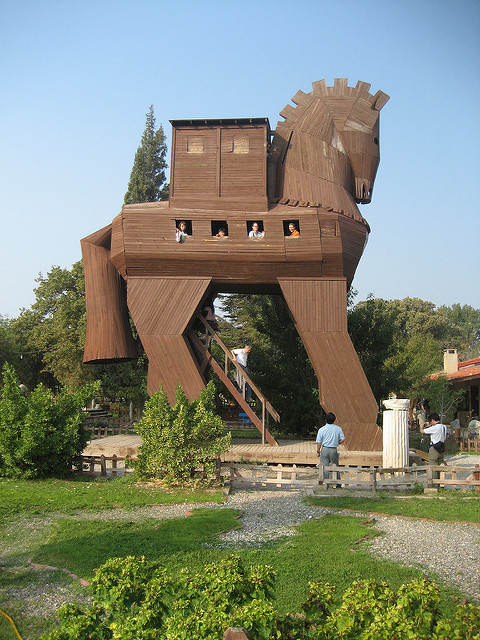 In some emerging Digital Finance and Commerce (DFC) markets, particularly in South Asia, the vast majority of Digital Financial Service (DFS) transactions that take place via a mobile platform are carried out “Over The Counter” (OTC). OTC transactions are primarily used for domestic P2P remittances, and in that regard they look very similar to most other forms of remittance, whether via Western Union or hawala: the customer approaches an agent (or hawaladar) and hands them the money they want to remit (including any relevant fees); the agent takes the money and the intended recipient’s details, and provides the customer with some sort of receipt containing the information needed by the intended recipient to claim their cash.

In the case of mobile money markets that permit OTC, the agent is usually an MNO airtime agent, and the recipient’s identifying information is their mobile phone number. The advantages for customers, when compared to using their own mobile wallet to execute the transaction are obvious: no need for registration, verification, education, navigation and (for those with low levels of literacy and/or technological savvy) high levels of frustration. Nevertheless, there remains the hope and potential that, as the GSMA's Lara Gilman put it, "OTC could be a Trojan horse for mobile money accounts." (It is recognized that in other parts of the world, particularly in Sub-Saharan Africa, OTC often takes the form of agents carrying out transactions from the customer's own mobile wallet/phone.)

This simplicity and ease of use of OTC has created many short-term winners, particularly in Pakistan and Bangladesh. In these markets, the right array of incentives were put in place for MNOs, consumers and agents alike, such that in Pakistan, for example, market leader and OTC pioneer, Telenor, processed over 100 million transactions in a little over three years on its Easypaisa platform, with a value of US$1.4 billion. Similarly, Bangladesh's bKash is processing over 50 million transactions per year, having launched in 2011. This takes place in a context in which, as a recent Better Than Cash Alliance report notes, agent-initiated transactions are technically unlawful in Bangladesh. So strong is the appeal, however, that 3 out of every 4 MFS transactions in the country are OTC.

Telenor's initial investment to launch Easypaisa as an OTC service was just US$7 million (not including losses made in the first few years of operation). This relatively paltry sum masks, however, an additional US$12 million that Telenor Pakistan required to purchase a 51% share in its banking partner, Tameer Bank, with which Telenor shares a 51/49 ownership of Easypaisa, in the Norwegian MNO's favor. Even with the additional investment, it appears to be paying off handsomely: almost 15% of Telenor Pakistan's US$900 million revenues come from "non-mobile" revenue streams, the vast majority of which is derived from Easypaisa.

For agents, the financial benefits are much more straightforward, and do not involve mergers and acquisitions. In Bangladesh, for example, agents get a commission of BDT30-50 for every new account opened, and BDT3-5 on cash-out transactions. Contrast that with the BDT20 that agents receive for each OTC, and the attraction becomes obvious. And if we can take growth in transaction volume to be an indicator of customer satisfaction with the service, then we can probably conclude that in those markets for which it is appropriate, OTC is meeting customer demand.

Can You KYC with OTC?

But not everyone is happy with this arrangement. Regulators are extremely uneasy with the facility and ubiquity of unauthorized OTC transactions in Bangladesh, and the extent to which they are are exposing Bangladesh to significant KYC/AML risks. Mobile money agents frequently send and receive remittances on behalf of customers using their own personal account. Regulatory cumulative transaction caps are flouted by agents holding multiple accounts. In a technical sense, this makes these transactions not only unlawful, but also fraudulent.

Regulatory authorities are struggling to overcome this problem. In November 2014, for example, Bangladesh Bank issued a circular discouraging mobile payments by individuals without a mobile wallet, and restricting individual account ownership to one per MFS provider. But as Mondato observed in a recent report prepared for the Asian Development Bank, the “OTC Circular” did not provide Bangladesh Bank with an effective mechanism to properly monitor agents and ensure compliance with its stipulations:

From our interviews we have determined that Bangladesh Bank feels it is very difficult to monitor the Agents or sanction them directly through changes in the Agent guidelines or other regulations. Thus, Bangladesh Bank is trying to educate the population in order to make them more likely to open a Wallet, appealing more to the carrot than the stick.

Nevertheless this is a serious issue that could result in Bangladesh facing international reprisals for non-compliance with internationally accepted AML/ CTF controls.

For instance, it is not yet possible to detect a fake customer as MFS providers do not have access to the national ID database, nor is it possible to verify that one user has only one account.

There are a number of market incentives that regulators could put in place that could potentially ameliorate the situation. These include making OTC transactions less profitable than MFS account openings, giving agents more incentives to steer customers to MFS accounts, and legally authorizing electronic processing for account opening (including paperless KYC) that would slash processing times. But whether these market incentives would cure the ill without killing the patient remains to be seen.

Limited Growth on the Horizon

And despite these healthy margins and (mostly) happy customers (bar the regulator), the growth of OTC comes at a cost that gets right to the heart of what mobile money and DFC more broadly are meant to offer economies with high levels of financial exclusion. Business models anchored in OTC with few incentives for all three key stakeholding groups (providers, agents and consumers) to mature into substantive DFS offerings and varied use cases will limit the growth of the ecosystem. The potential for increased consumer access to savings and credit will not be realized. And, perhaps worse still, OTC-dominated markets may actually fall behind other developing economies with strong individual m-wallet dynamics. The inexorable rise of cheap smartphones means that app-based mobile money and remittance deployments and services, catering to a digital native generation, could stand poised to usurp legacy OTC providers who are caught in a commission war to retain agents (agent commission currently gobbles up >50% of mobile money revenues), largely at their mercy. In short, they could find themselves in "the OTC trap".

The problem with traps (elephant ones included) is that once caught up in them, the more you attempt to escape the more entangled you may become. Quite often the best, even if remote, hope is to be rescued by a well-meaning third-party. And even in OTC markets with a bank-led DFS model, that good-hearted savior could take the unlikely form of the telecom regulator and compulsory SIM registration with biometric data.

Getting Out of the Trap

Even if flawed and/or incomplete, a campaign to implement compulsory SIM registration is going to yield results, given the increasing ubiquity of mobile phones in so many consumers' lives, as Pakistan has recently shown. By aligning SIM and mobile money registration/KYC requirements, regulators have the power to turn every registered SIM user into a registered mobile money user; all that is missing is account activation.

Additionally, leveraging biometric SIM card registration, which in Bangladesh is tied with the national identity card database of the Election Commission, could play a major role in assisting agents in that country to more easily detect fake customers and ensure better risk control. For these reasons Bangladesh may well follow the lead of its old enemy, Pakistan, in aligning biometric SIM registration and MFS account opening, in an attempt to bring some order to its booming but chaotic DFS market.

But even this is likely to prove to be a necessary but not sufficient condition to break out of the OTC trap. Smartphones, with their more intuitive UX are likely to light a path forward, but they will require attractive and relevant product offerings. Additionally, education, both financial and technological, is going to be necessary to give customers who are currently intimidated by technology the confidence to transact on their own. DFS providers cannot wait for external third parties to provide this. Serious investment will be needed. And so while MNOs and DFS providers may have found that OTC offered a cheap fast-track to mobile money profitability, like most short cuts, it is probably not viable in the long run. To take DFC to the next level in markets currently dominated by OTC, MNOs and banks are going to have to dig deep, and spend their way out of the trap.

DFC in Latin America: One Size Does Not Fit All