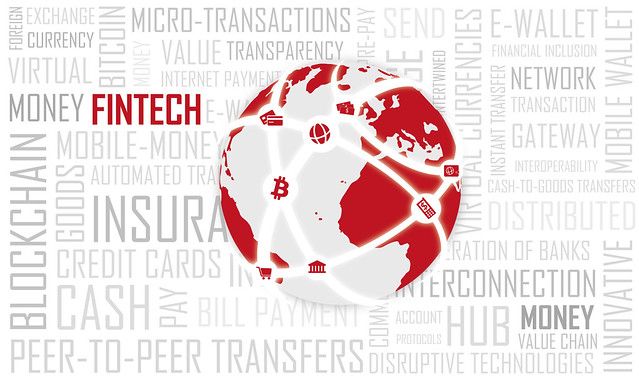 Fintech is an elusive term. As its name suggests, fintech inhabits the intersection of finance and tech, so it’s natural to wonder whether it has a closer cousin in Wall Street or Silicon Valley. Although the word is used more and more nowadays as a consequence of the recent upswell in general enthusiasm and interest, a lack of clarity persists: what exactly is captured by the term fintech? While a tug-of-war between fin- and -tech is interesting to consider, the industry ultimately depends on a productive, accurate definition to function cogently. Beyond abstractions, the question is more significant than simple semantics. A relatively new industry like fintech, still fighting for elbow room and legitimacy in a world of incumbent banks and tech giants, stands to benefit from being framed in consistent language.

A Horse With No Name

If a newcomer were to harness the open-source power of the internet alone, voices in business would prevail. One of top results is from Investopedia, which characterizes fintech "as the integration of technology into offerings by financial services companies in order to improve their use and delivery to consumers.” This is a reasonably precise, “common sense” definition which explains what fintech is, whom it involves, and its purpose.

But this definition suggests that the “integration of technology” is a passive process which, like a software update, takes place as a natural evolution of technological development. This is not quite the case. Rather than simply integrating into legacy operations, fintech disrupts, threatens and reshapes financial services. Bloomberg, casting a wider net, argues that “the fintech label applies broadly to financial-services companies using the internet, mobile phones and the cloud."

This definition is colored and flushed out by examples: peer-to-peer lenders; crowdfunding; blockchain and bitcoin; robo-advising; mobile payments; and insurance. Promisingly, this definition considers fintech as more than a collection of products and features, and treats it as an activity. However, it still doesn’t express that this new activity which constitutes fintech — the “using” of technology by financial-services companies — is an entire industry unto itself. Not only are companies employing technology to transform financial services, but this “use” is so disruptive and different that it is in turn transforming the companies themselves and creating new financial services altogether.

It’s no surprise that Investopedia (an investing website) and Bloomberg (a finance-focused media company) have differing definitions of fintech. Nor is it a misstep on the part of either party. The truth is that fintech as an industry has difficult-to-distinguish boundaries given its close kinship to both the tech and finance industries. If, for example, a tech firm decides to create a cryptocurrency for use as payment, is that fintech? If a bank creates a mobile app which allows users to check their account balance, is that fintech?

Some might argue that it’s a simple matter of “I'll know it when I see it,” and that labels aren’t necessary as long as financial technology continues to make strides. But strides only come about thanks to the collection of startups, incumbent institutions, non-profits, consultants, regulators, investors and others who operate at the intersection of finance and technology. The work of these groups is intended to change finance (and for the better, at that). It stands to reason that a cohesive, inclusive, market-ready name for their efforts would enhance their credibility, attract talent and investment to the industry, and render fintech a more accessible subject to broach among wider audiences. However, fintech has its own issues as a nom de guerre for the industry — which could be why even experts struggle to define it once and for all.

In truth, there is no unanimous consensus around fintech's scope. Dr. Patrick Schueffel of the School of Management Fribourg argued as much in a 2016 paper in the Journal of Innovation Management titled “Taming The Beast: A Scientific Definition of Fintech.” Drawing from over 200 scholarly articles, Dr. Schueffel found that the term fintech was first coined in 1972 by Abraham Leon Bettinger, a banking executive who, writing in operations research journal Interfaces, put forth:

“FINTECH is an acronym which stands for financial technology, combining bank expertise with modern management science techniques and the computer.”

Mr. Bettinger might be pleased to learn that today, his turn of phrase is searched over 300,000 times per month worldwide (based on Dr. Schueffel’s figures and Google Trends relative comparison). This makes it by far the most popular term used to describe the industry, beating out “digital finance”(DF), “digital financial services” (DFS), and — beginning in 2018 — even outstripping “e-commerce” in total worldwide search volume on Google:

So, fintech is indeed the most comprehensive title for the industry at hand. But just because the term is Googled more than its competitors, does not prove its the perfect label for the industry. Often, the word fintech is closely associated with tech startups, to the unfortunate exclusion of important ecosystem players like development banks, NGOs, incumbent financial institutions, telecom companies, investors, regulators, large tech firms and others. For example: Forbes’s annual “Fintech 50” for 2019 includes 26 firms from California and just 2 based outside of the U.S. Granted, Forbes is an American publication and the Fintech 50 appears to only list start-ups (a term carrying its own set of issues), but that is actually another iteration of the same issue.

Forbes takes fintech to mean “start-ups in the financial technology space,” while others use fintech to describe the broader industry around financial technology, which obviously includes many players aside from startups. And the bias towards start-ups is not just a media phenomenon; university career consultants have noted that among students interested in fintech, the assumption abounds that “working for a fintech means joining a start-up.” Insiders know this not to be the case, but if the term fintech does in fact carry a startup-centric connotation in the minds of onlookers or would-be fintech participants, other ecosystem players have fewer opportunities to attract talent or investment.

When we talk about the non-start-up elements within fintech, we tend to use more general blanket terms like “digital financial services” (DFS) or sometimes simply “digital finance.” The term fintech, however, is usually lurking nearby. USAID, for instance, published a “Fintech Partnerships Playbook” last month, which they state is “meant to equip USAID staff and implementing partners to develop and pursue effective private sector engagement (PSE) in the context of digital finance / fintech and financial inclusion.” The passage, in so many words, basically equates fintech and digital finance as more or less the same thing.

The actual playbook, however, claims that “with the right enabling environment and ecosystem of market actors, digital finance — or more broadly, “fintech” — can foster greater efficiency and transparency, resilience, and empowerment across a variety of contexts.” Should observers interpret this to mean that fintech is the broader field under which digital finance is subsumed, and not the other way around? And if these two terms are in fact synonymous, why do individuals in the industry use both of them — and so often in tandem?

In short, it is to be inclusive. People in the fintech world are likely cognizant of the bias toward start-ups inherent in the term fintech, but want to refer to the industry at large, non-startups very much included. Fintech alone therefore doesn’t suit their needs. What’s wrong with referring to the industry as digital finance, then? While accurate, the term lacks the buzz, brand and recognizability of fintech. Recall that fintech enjoys about 20x the search volume that digital finance does.

Whether anyone likes it or not, fintech is what this industry is called, and anyone who calls it something different runs the risk of excluding themselves from the SEO conversation. Leaving out “digital finance,” however, sends a more start-up centered message, which is not ideal for inclusive projects which seek to engage a more diverse group of participants and perhaps have different goals than are typical for fintech start-ups. So the most practical (albeit imperfect) solution after all may be to call the collective industry “fintech and digital finance.”