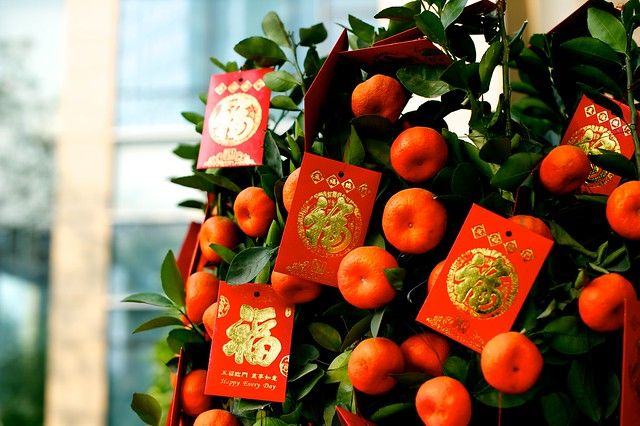 eBay anticipated its arrival in China to be like a marauding dragon in the sky. It was 2003, and the e-commerce behemoth already had global revenues of more than USD $2 billion. Only Taobao, a small upstart created by Alibaba, stood in the way of eBay capturing China’s vast, yet untapped e-commerce market. Fortunately for the fledgling company, Taobao knew the local terrain better.

Taobao’s strategies to counter eBay incorporated free listings — in contrast to eBay’s model, which charged sellers a small fee — and online advertisements as they gained more buyers and sellers. But, another key part of Taobao’s plan to slay the eBay dragon was playing up its very Chinese character, through tactics like employing kung fu names for moderators to help communicate its 'indigenousness' and cultivate trust. Unable to capture the hearts of customers in China as it had in Western markets, eBay was relegated to second-star status in the Middle Kingdom.

How successfully fintechs modify their products to local cultures can determine adoption in any given market. The culturalization of financial services – or adapting one’s product to the particular characteristics of a given culture — may not often be a game-changer, but it can certainly be a deal-breaker.

How financial services appeal to customers varies by the minute cultural characteristics of a given place. A country’s banking history can greatly influence how its people approach finances and emerging technologies in the field. Germany has proven notoriously stubborn in adopting digital payment methods, and one explanation is Germany’s history of banking crises post-World War I and World War II, leading to a mistrust of financial institutions. Factoring that outlook into its business calculus, German digital banking service Kreditech employs language directly challenging the traditional banking sector by proclaiming that banking “needs to get less complicated, more flexible, offer more choices and make customer’s lives easier.”

The UK’s financial history has weathered a more stable course in comparison, and while it did suffer during the Great Depression, it did not experience a banking collapse like that of Weimar Germany. With potential clients possessing higher trust in already-existing financial institutions, the UK’s Azimo, a money transfer service, opts for reassuring language to describe its services, emphasizing safety and security.

Beyond adopting the financial tenor of a culture, however, is its customs. Traditions can be stubborn in changing with technology, but when done right, a culture-specific financial service can grow beyond the custom’s original scale. For the Chinese New Year, families and friends engage in the tradition of hongbao, in which they send money to each other in red envelopes. In recent years, however, the Chinese unicorns Tencent (WeChat), Alibaba and Baidu have created applications to do this electronically, a timely innovation as Chinese families migrate further away from each other.

The evolution of these digital red envelopes showed that fintech adaptations of cultural phenomena under the right circumstances have the potential to mutate into a separate phenomenon themselves. WeChat introduced the WeChat red envelope shake in 2014, in which users could shake their smartphones for a chance to win “lucky money.” The opportunity for free money in a gamified setting led to a social craze eliciting a total of 11 billion shakes during the promotion, reaching a high of 810 million shakes per minute.

Ensuing figures were astounding. In 2015, WeChat delivered over one billion red envelopes, and on January 1st, 2016 alone, more than 2.3 billion red envelopes were sent. An estimated 100 to 200 million people opened WeChat accounts (linked to WeChat Pay) as a result of the promotional campaign.

Beyond exploiting holiday festivals and the rampant gaming culture to advance mobile payments, the Chinese unicorns have also capitalized on the nation’s communally-centered culture to promote digital tipping. For Tencent’s three music streaming apps — QQ Music, KuGou and Kuwoi — and its karaoke app, WeSing, fans can tip artists through their mobile payment apps. As Ozy noted, this strategy to allow users to directly tip music artists in-app — with Tencent taking a healthy cut — greatly aided in Tencent Music recording a post-tax profit of USD $263 million in the first six months of 2018, compared to a reported net loss of USD $461.4 million from Spotify in the second half of 2018. In the second quarter of 2018, such “music-centric social entertainment services” accounted for 70 percent of Tencent Music’s revenue.

Digital tipping is coming to America as well, though adapted to its unique characteristics. Some restaurants and cafes have embraced apps like Square that facilitate digital tipping, discovering that consumers are tipping higher amounts as a result. In efforts to modernize longer-standing traditions, the North Carolina-based startup LiveLifeLIVE lets users tip musicians during live performances. According to Ozy, a test run last year in Raleigh saw USD $450 in tips generated among three bands, with the app reaping from its 20 percent processing fee. The slower pace of digital tipping adoption in the United States, however, can be at least partly explained by the difference in culture.

“In the U.S., online consumption is much more individualized than it is in other parts of the world, like China. We’re not as focused on the community experience, which in China means supporting creators monetarily.” – David Bakke

Culturalization can help not only in creating markets but solving existing deficiencies, forming new, reactionary monetary practices in the process. In Zimbabwe, repeated fiscal crises led to the country adopting a multi-currency system in 2009, including the British pound, South Africa Rand, Botswana Pula and the United States dollar (later the Chinese Yuan would, too, be embraced). Local shop owners may carry out conversions between the different currencies. However, the US dollar quickly emerged as the dominant currency in the market due to its stability, with other “official” currencies sometimes rejected by merchants.

Since Zimbabwe’s currency overhaul, the country has experienced severe cash shortages, and fintechs have stepped in and crafted financial products in extraordinary ways, as Mondato previously explored. Some 96 percent of transactions in Zimbabwe are now done through electronic payments.

An unusual three-tiered pricing system has emerged from cash, largely US dollars, Zimbabwean reserve bank-backed “bond notes” and digital currency distributed through the mobile payment app EcoCash. EcoCash has established itself as a reliable private actor compared to government-linked options, which Zimbabweans express no faith in, and oversee the vast majority of transactions in Zimbabwe. But because actual dollar bills are the only recognized currency, merchants offer three separate prices depending on the currency used, with EcoCash prices approximately 30 to 40 percent higher than prices in dollars — a form of exchange that is by now extremely rare in the troubled economy.

Dollars have become so scarce that mobile money agents report difficulties in cashing out digital currency, making it borderline impossible to convert remittances sent back to Zimbabwe through options like EcoCash Diaspora into cash. Peripheral, black market exchange rates perpetuated by informal networks are undermining EcoCash's gains and undervaluing the digital currency, a reminder that the cultural rules of play are not static.

Though examples abound of domestic financial services utilizing particular cultural characteristics to fill or create a niche, where the culturalization of financial services really hits its stride is when companies are looking to expand into new markets. The first question becomes how to understand the local market before entering it. Payoneer, a cross-border payments platform, has opened offices across the globe and hires only local managers to ensure local needs are being met. The company went so far as to bring their entire management team to India to better familiarize themselves with the subcontinents’ diverse markets and cultures.

Another option for fintechs to expand is by partnering with local institutions. iZettle’s partnership program with local companies has propelled expansion across Europe and Latin America. Or, fintechs can simply take the route that Klarna took in acquiring BillPay, a payments solutions provider for e-commerce in Germany, the Netherlands and several other European countries.

It sounds like common sense, but tailoring payment options to local preferences can make or break market expansion efforts. According to Dorota Pawlak, a Polish translator and localizer, eBay's entry into Poland flatlined because it offered only PayPal and credit cards as payment methods when neither were popular at the time, losing out to a local competitor.

Considering the nature of its business, SumUp has taken such lessons to heart. SumUp is a mobile point-of-sale company originally from Europe offering payment transaction devices that allow small merchants to accept card payments anywhere with only a customer’s smartphone. To accommodate the varying preferences and payment options in different markets, SumUp has gone so far as to change what their products look like. When small business in Brazil wanted a more traditional-looking payment device, they offered SumUp Total, which provides printed and SMS receipts with payments, whereas European clients sought a sleeker design. When they saw how the US has been slower to adopt contactless payment methods, SumUp designed a card reader to accept magstripe payments.

Unless a fintech rides on the coattails of a truly non-commercialized cultural custom and their product goes viral, like the digital red envelopes in China, culturalization by itself will not determine success of a financial product. But as eBay’s failures show, refusing to properly adapt to local customs may signal a product’s premature demise. Whether a new financial product conveys a gravitas of trust, ease and ubiquity to consumers often depends in part, ironically, on a sense of familiarity. Though digital finance tends to eschew tradition and norm, culturally speaking, the key is not rejecting tradition — it’s incorporating it.