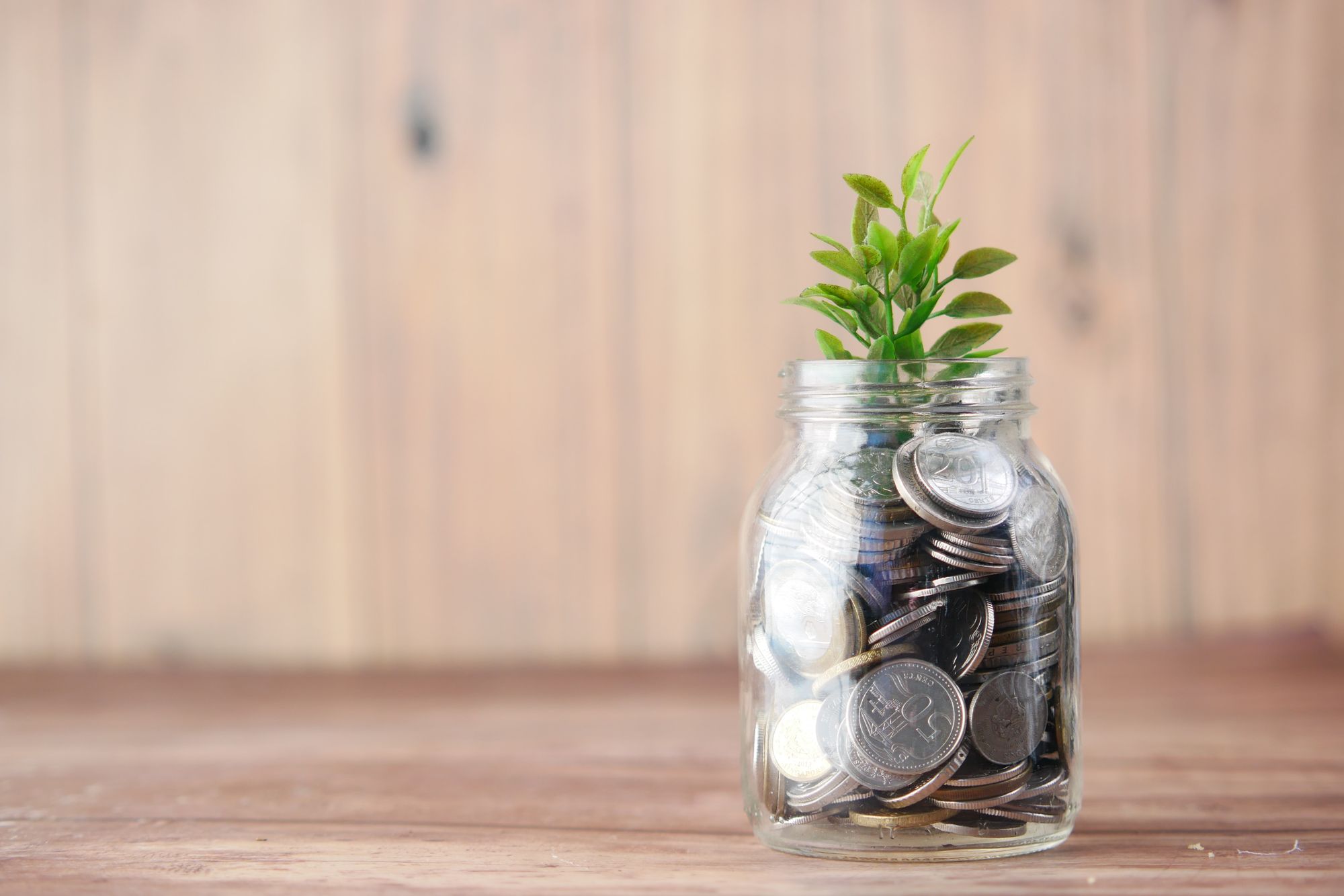 Impact — a buzzword constantly splashed across marketing material and in conversations worldwide — is a misunderstood concept hearkening to a nebulous, fungible arena: people’s values and their desire to make the world a better place. Spurred by millennials, a values-driven generation, impact investment has undergone colossal growth in the past few years. However, the impact investment industry has unsolved issues regarding its definition, its scope, and how impact is even measured. High-minded ideals are contrasted with accusations of whitewashing as the hazy segment struggles to mature and coalesce. As the sector approaches an inflection point, the time is ripe to bring some structure to the field.

While investing in the social welfare existed long before the name impact investment came into use in 2007, it was not until then that various forms of investment revolving around social impact — focusing on areas such as clean energy, microfinance, poverty reduction, public health and education — were brought together under one umbrella. The industry has since grown immensely, with a GIIN survey in 2020 placing the market size at about USD 715 billion, up by 42.4% from 2019’s estimated USD 502 billion. In spite of its astounding growth, the developing impact investment field is awash with confusion over what it entails, how it should be measured, and which players are part of the game.

There are conflicting views over what entails impact investment and its relation to Environmental, Social and Governance (ESG) investing. Deloitte and Vanguard place impact investing as a sub-group of ESG. Some studies claim a difference between the two, while other industry players use the two terms interchangeably.

With a lack of consensus on impact investment, companies continue to exploit ‘impact,’ getting classified as ESG companies despite garnering a dramatically negative impact on their environments. McDonald’s Corporation, an enterprise whose greenhouse gas emissions have surpassed those of several European nations, saw its ESG score upgraded by MSCI when it began to use sustainable materials and methods in packaging and waste disposal while dropping carbon emissions from McdDonald’s ESG calculations. MSCI cited the use of sustainable packaging material and waste disposal mechanisms as being ‘more financially relevant to the fast-food chain than the carbon emissions of its operations.’ 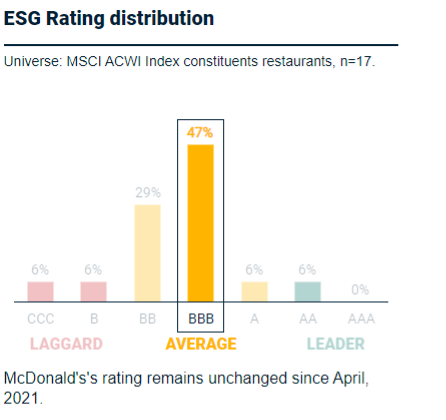 McDonald’s rating illuminates the pitfalls that come with a lack of a universally accepted, holistic way of measuring ESG and impact investment goals. In particular, organizations can pick and choose the aspects of ‘impact’ that favor their interests and exclude those highlighting their negative impact while capitalizing on the message of making the world a better place. This flaw in the field of impact investment has been exploited by investment firms and companies across the globe, enabling a proliferation of impact washing and greenwashing. Increasingly, claims of social impact are deceptive measures by companies looking to ride the wave of impact investment. Cases are arising like that of Reynold Consumer Products, an American households products company, that was sued in 2021 for wrongly marketing a product, Hefty Recycling Bags, as a recyclable product (it was not). 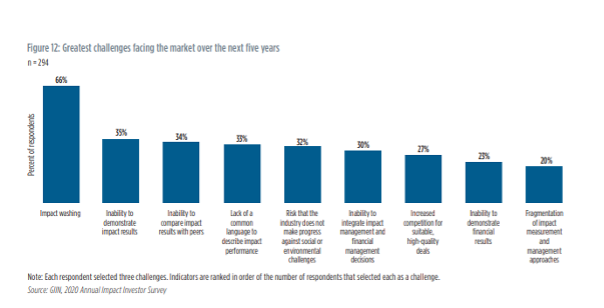 As impact investment struggles to reach maturity, managing expectations might be necessary.

“We are in the very early stages of impact investment, so it is normal that companies do [impact washing], not only because they want to market themselves as impact companies, but because a lot of people are just taking their first steps and learning. So with time, we will get standardized definitions and third-party validation options that will move us to a deeper level of impact.”
Filipe Portela, Partner, Teal Impact

Next comes the complex issues regarding how to measure impact. Although measuring impact is a vital component of impact investment, there’s still no consensus regarding what framework or tool to use. According to the GIIN survey, the most widely used measurement of impact is the UN SDGs, utilized by 73% of the respondents. However, most investors use a blend of frameworks, further adding to the diversity of processes. Richard Burrett, Chief Sustainability Officer of Earth Capital Limited, tells Mondato about their firm’s proprietary system, Earth Dividend,that looks at five categories of ESG themes such as society and governance, pollution and natural resources, further analyzing the themes along the lines of different SDGs. On the other hand, Filipe Portela, a serial investor and partner at Teal Impact, describes Teal’s preferred tool, the Theory of Change, as focusing on positive and negative externalities and assigning them a monetary value.

With such diverse tools and frameworks to measure and manage the impact, a lack of clarity on what to measure prevails, resulting in less-than-ideal impact results, even as some indicators of impact prove to be less effective than they are purported to be. Take, for instance, the use of carbon offsets as a crutch by multiple companies that cause pollution. Recent studies have found that carbon offsets as an impact investment strategy just don’t cut it in the race to protect the environment. According to Portela, this is a common form of impact washing: companies launder carbon offsets to provide a gilded image of impact that fails to translate to real life.

Efforts to remedy these ambiguities are slow, and it begins with the sector’s definitional parameters. IFC’s definition of impact, encompassing three different attributes, provides a place to start from. Impact investment requires the intent of an investor to contribute towards a positive change, an actual contribution by the investor to facilitate the positive change — and a measurable improvement or positive difference that can be traced back to the investment, according to IFC. But how this manifests can’t really be simplified to one common route or pattern. When it comes to portfolio investments, how is impact traced back to the investor? And if it isn’t traceable, then would that disqualify such an investment from being classified as an impact investment? Without standard measures of impact, tracing investments and their impact becomes a tricky proposition.

The industry has taken steps to create some standards of measurement, which so far only act as a guide for stakeholders. IFC has a list of operating principles for impact management that 140 institutions follow. The Impact Management Project, a non-profit forum that sought to build consensus on how the impact was measured, assessed and reported, outlines IRIS+, a framework to guide the efforts toward standardization. The framework consists of a five-dimensional process of understanding impact and has been adopted by more than 50 impact investment firms. The most widely used impact reporting standards for companies originate from the Global Reporting Initiative (GRI), which has a membership directory of over 500 organizations. While these offer a starting point for standardized measurement and reporting systems, standardizing the measurement and management of something as subjective and all-encompassing as impact is easier said than done. Impact measurement is inherently more complicated than finance, and some investors like Earth Capital’s Burrett believe that a comprehensive standardized tool for measuring impact is unrealistic.

What is meaningful impact in one firm’s eyes may appear insignificant to another firm, region or sector. Should a firm place more emphasis on carbon emissions from a company that’s building affordable housing with concrete? Would that matter in a place where people live in buildings that present fire and health hazards on a daily basis? Burrett’s solution is to pick a few agreed areas of signficance, such as renewable energy, poverty eradication or education, and standardize those areas to increase the chances of success.

At the same time, Teal’s Portela promotes transparency as a standard for impact investment stakeholders to follow. A prerequisite to display impact alongside financial returns, for instance, would help organizations walk the talk in engendering impact. But that requires a level of transparency that doesn’t come naturally to investors.

“It is difficult to know what to share and in what format to be useful to the rest of the market. Each organization does [measurement] in a different format, measuring different things. So it’s difficult for that data to serve a purpose outside of the organization, unlike financial data that you can compare even if the companies are in different sectors.”
Ana Pimenta, PhD researcher in impact investment

The highly divided impact investment field further stymies efforts towards standardization as competing goals often prove incompatible. On one side, there are the foundations, charity organizations and public sector players whose main aim is engendering impact, even at the expense of lower returns. At the other end, private sector players such as banks focus more on the returns — with the impact itself, to some degree, a secondary concern. There may even be pushback in cases where organizations that have already invested in proprietary measuring and management tools would be compelled to switch over to a different set of tools under a standardized system. Where such proprietary tools serve as a differentiator, giving them a competitive advantage over their peers, companies and firms may be loath to give them up in favor of universal frameworks.

The circular patterns trying to standardize the intangible and multi-faceted category of ‘impact’ highlights the seeming futility of standardization itself under the vertical. Perhaps the answer isn’t standardization, but categorization: a parsing of impact along separate lines may remain simply as that. Such a path enables companies to better quantify their strengths and weaknesses — and for investors to align overlapping interests — rather than for one standard metric foster obfuscation instead of transparency. To navigate “impact” across the complex strata of society’s ills and shortcomings, some humility might be what the industry ultimately needs.