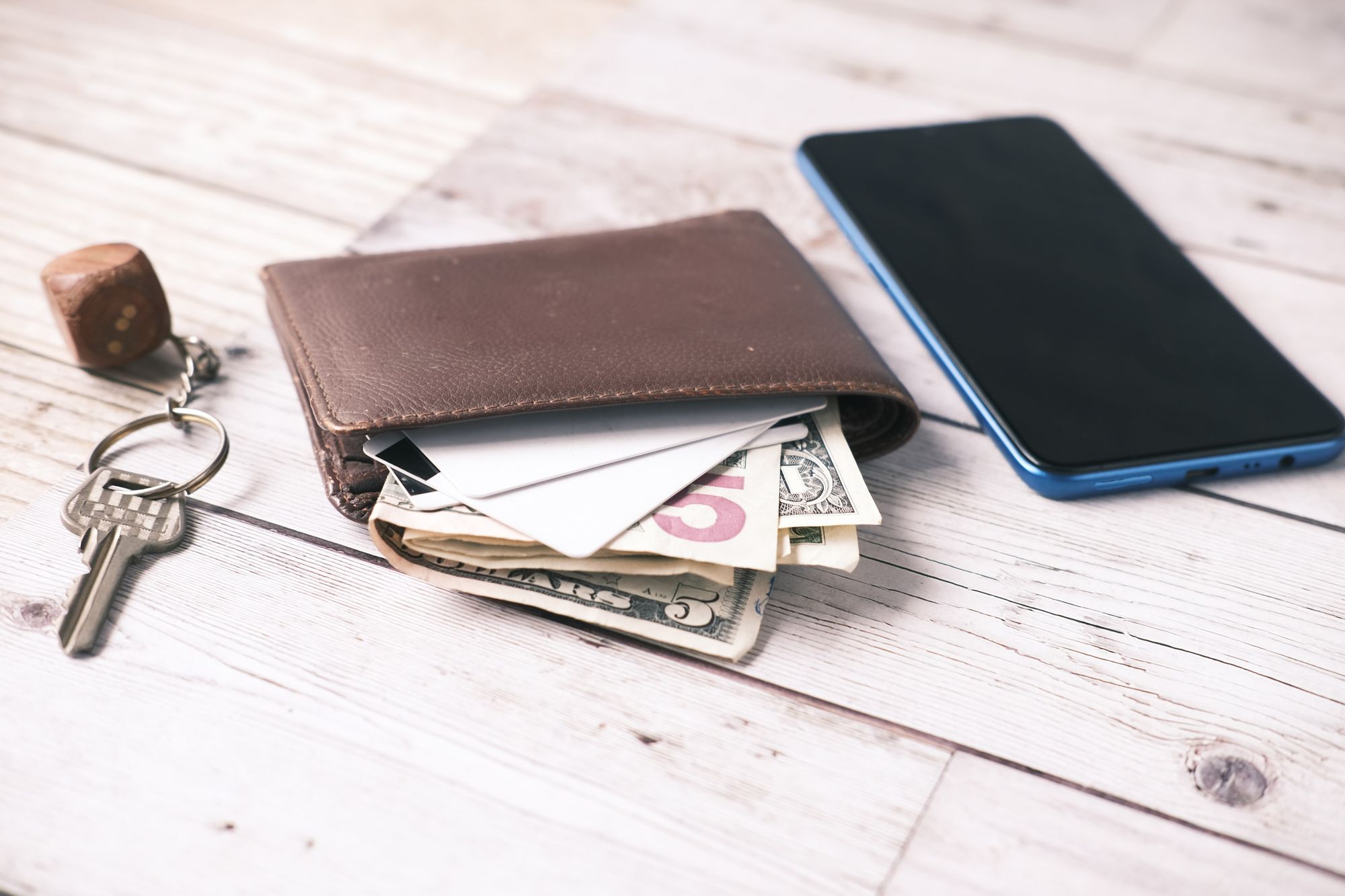 Instant payments, or real-time payments, are the future. Instant payments have considerably accelerated during the pandemic, driven by remote work and the general trends toward going cashless. Primed to benefit most from real-time payment schemes are emerging markets, where the potential for improved efficiencies and financial outcomes is vast. The efficiencies that instant payments provide can benefit all sectors of emerging markets, yet its most tantalizing possibilities might be in catalyzing financial inclusion for segments that until now had been economically infeasible to reach. However, the concept of instant payments come into conflict with the application: some developing countries struggle to balance competing interests — and the subsequent nature and design of instant payment schemes can dictate their pace, scope and impact.

Real-time payments aren’t exactly new, with Japan creating the first real-time payment mechanisms as far back as the 1970s. Yet instant payments have seen considerable transformation and growth in recent years. By 2019, FIS found 54 countries had activated real-time payment systems, a fourfold increase in five years. Uptake has jumped dramatically during the pandemic, as the growth of remote working and generally longer-distance business models create a greater need for faster, more efficient payment mechanisms. According to PYMNTS, real-time disbursements accounted for 17% of all disbursements in 2021, up from 5.7% the previous year, with expectations to double once again in 2022 and a projected CAGR of 33% from 2021 to 2028.

On a conceptual level, instant payments simply make sense. Instant payments all but do away with the float required among correspondent banks along with the cash reserves held by businesses to account for the time lapse between sending and receiving payments — a tremendous leap forward in auguring more efficient businesses and economies, which typically hold billions of dollars in any given day as float. According to a Deloitte survey, 63% of busineses maintained a cash contingency to cover the time it takes to receive payments, with 43% of respondents finding the risks between the time it takes for electronic payments to be credited and after a transfer is initiated to be significant or very significant. This pressure on cash reserves and liquidity is even more pronounced among SMEs, who besides facing less access to formal financial institutions often won’t have the financial cushion to wait several days for payments to actually transfer. Instant payments often offer lower fees than other payment rails would entail, a critical element to expanding financial inclusion. 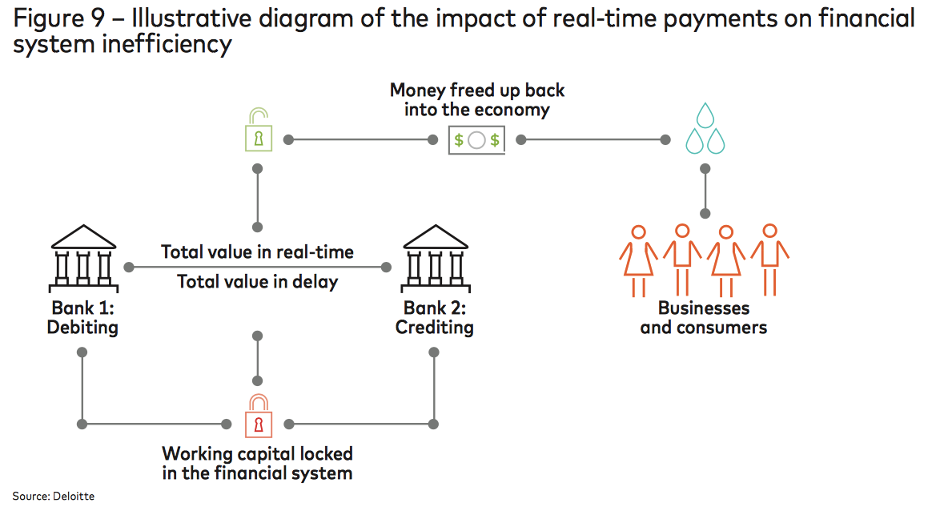 But not all instant payment schemes are created equally, as a European Central Bank (ECB) paper discussed in 2019. Instant payment schemes can be privately driven or central bank-driven, along with hybrid models. Typically, public options will have more inclusive options in an open-loop system with lower costs than a privately run system, which by contrast may lead to greater fragmentation and exclusion. Infrastructure can be a barrier, as can transfer speed — relative to pre-existing options — in deciding whether people actually initiate a behavioral shift. Complementing instant payments with other services, like open banking, can also serve as a multiplier and further spark consumer behavioral changes.

While some surveys suggest businesses in developed countries are willing to pay fees for instant payments and the greater benefits they derive, fees have been found to diminish the trajectory of consumer uptake greatly. The ECB paper cited Poland as one example where private banks decided to charge relatively high fees for instant payments, which depressed adoption. In Mexico, uptake only picked up once the central bank convinced banks to reduce the fees for low-value instant payments.

Straddling different payment rails and rubbing against persistent AML/ CFT concerns, real-time payment schemes can be technologically arduous and fragment markets in circumstances where instant payments should in theory unify.

“Considering the sort of things that will drive successful rollout of instant payment systems, the big words are partnerships, collaboration… and interoperability.”

According to AfricaNenda, an independent, African-led organization working with governments and central banks to promote inclusive instant payments in Africa, a truly inclusive instant payment scheme applying pro-poor design principles would be interoperable and open loop, which will drive competition, improve access and lower costs. It would entail same day settlement and real-time push payments, removing risks of batch processing and “pull” payments. Conceiving payments as a utility accounting for the needs of the poor, a pro-poor instant payments scheme would also include features like tiered KYC and shared investment in fraud detection and platform services.

Though some countries have implemented schemes along these lines, that has not always been the case when ecosystem players take control.

The Sun Rises In The East 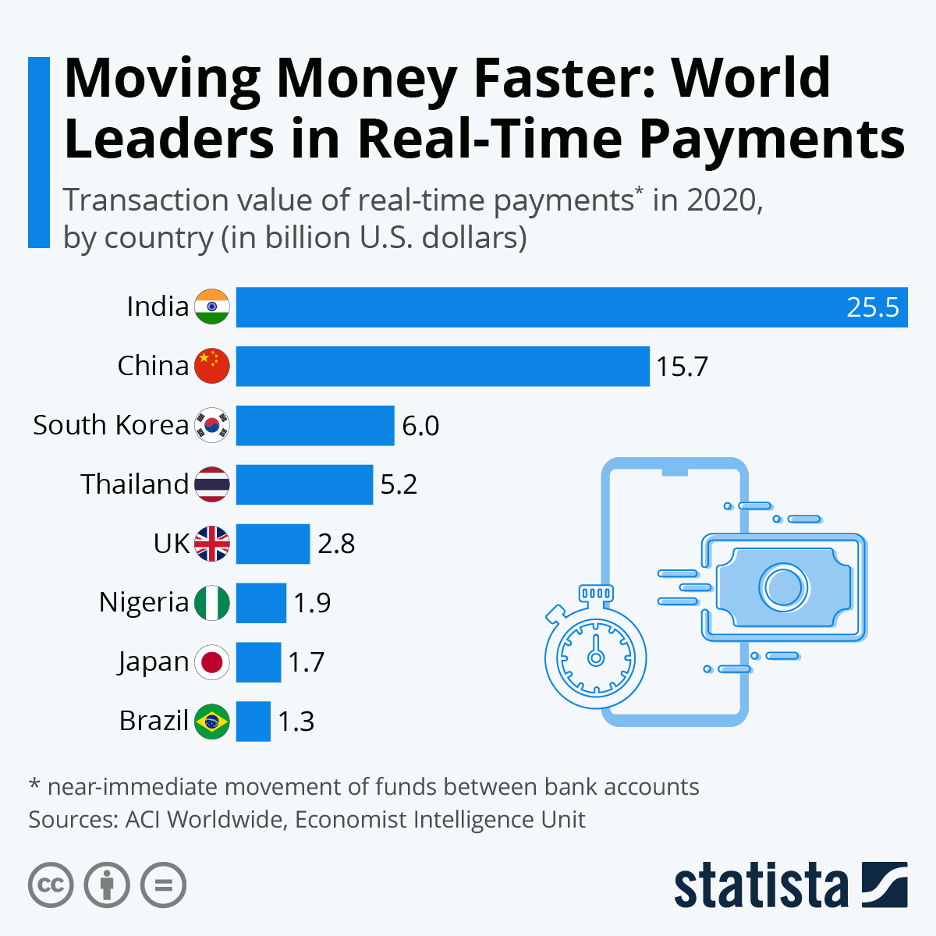 “In developing countries, as soon as the instant payment system is implemented, they might do this leapfrog: they pass many stages so they can move directly towards a cashless society. One of the good examples, of course, is India, but Cambodia as well. For them, financial inclusion, as well as adoption of national currency, were the main factors. They're not oriented to SMEs; they're not thinking about cross border payments. They need to give access to financial products to most of the people in the country.” 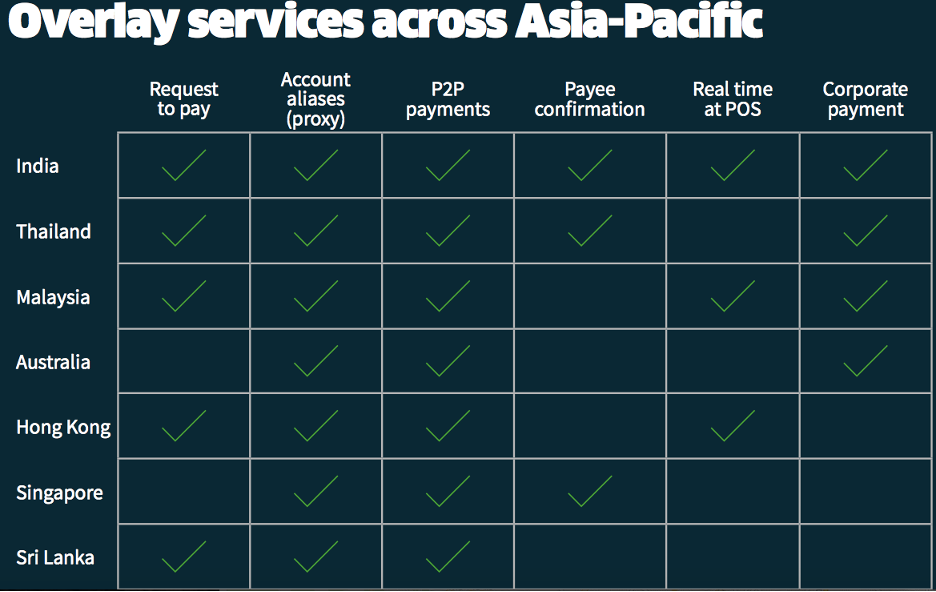 “If we talk about Malaysia, Singapore, Thailand, Vietnam, Bangladesh, Nepal, most of those systems created by central banks or national clearinghouses are owned by commercial banks and central banks together… It’s the big problem in many markets, where the instant payment system [does not include] nonbank financial institutions. In most Asian countries, the situation is like that. It's still kind of a monopoly of commercial banks.”

A smaller percentage of countries in Africa have implemented instant payment schemes. One of the best examples in Africa of a national payment scheme is in Ghana. Initiated fifteen years ago, Ghana’s GhIPSS instant payment scheme is fully owned by the central bank, enabling it to be integrated with MNOs alongside banks to create an interoperable, inclusive system with high transaction volumes. On the other hand, there is Nigeria, a system that, while experiencing high transaction volumes, are stymied in their financial inclusion capabilities by the exclusion of MNOs. Other fintech stars like Kenya have run into adoption issues due to the suboptimal technical operations of its own instant payment scheme, PesaLink.

Cross-border payments are one area where Africa sees both challenges and opportunities. On the global scale, emerging markets like Africa must grapple with a “two-tier” system with wealthier markets like Europe. According to Imburse Payments CEO Oliver Werneyer, while intra-Europe instant payments are increasingly the norm, European institutions waver from enabling instant payments cross-border with African countries due to AML or KYC fears, with transaction delays to follow.

“If I send money to Germany, nobody cares. But if it goes into these emerging markets, there may be a different perception on the credibility and validity of the payment. This is why you have [companies] like Wise: to literally go and… open a bank account in each of those emerging countries to put a float in each of those countries so when I'm sending money from the U.S. to Zambia, I'm actually paying money to a U.S. account.”

Facing global barriers to instant payments and difficulties in reaching economies of scale at home, the African solution is pointing in the direction of regional integration. The Pan-African Payment and Settlement System (PAPSS) was just recently launched, following a successful pilot program in the West African Monetary Zone (WAMZ) last year that connected with each of the six countries’ central banks, their core banking systems, and their real-time gross settlement systems. Afreximbank created PAPSS following endorsements from the African Union and the AfCFTA Secretariat back in 2017, with the goal of reducing the annual $5 billion in excess charges for cross border transactions on the continent while promoting intra-Africa trade.

“We want to be able to take destiny into our own hands as Africans. I think that Africa has everything that it takes to be sufficient by itself. And situations where big institutions from around the globe begin to discriminate or not support African transactions, based on rules that don't factor some of the uniqueness you find on the continent, we will like to solve that.”

The task at hand is not an easy one, integrating Anglophone and Francophone rails among an array of countries that include “marathon runners” and “sprinters,” as Ogbalu put it, when it comes to fostering regulatory and technological change. To solve some of the KYC concerns, PAPSS created a verification system for each of the system’s participants while enforcing KYC rules among local jurisdictions, creating a sort of end-to-end cross-border KYC regime. The PAPSS system will also be used exclusively for cross-border payments to enhance and not compete with local instant payment schemes.

Although PAPSS only just launched, the hope is that with the inclusion of MNOs and other financial entities across Africa, PAPSS can serve to create inclusive instant payment regimes with sustainable economies of scale in African countries large and small — and as a possible blueprint for the regional instant payment schemes likely to follow elsewhere.

The Race Is On

It would be presumptuous to say only a central bank-driven instant payment scheme is the only possible path to high volumes. As Latin America Business Stories reported, in Peru, Yape was developed in 2016 for P2P instant payments by BCP, the country’s largest bank. Its access was expanded to all Peruvians following the launch of a local competitor, PLIN, which sparked a seven-fold expansion on Yape to reach 6.2 million users and nearly 800,000 SMEs. But the conditions that facilitated Yape’s success — an issuer with a high market share and interoperability — are case-specific and still lack viable models to extend inclusion to the poorest. Other immediately successful instant payment schemes, like Brazil’s PIX launched in 2020, largely rely on the central bank-driven model.

Reiterating Ogbalu’s “marathon runners” and “sprinters” analogy, the uneven implementation and adoption of instant payment schemes will continue to see some emerging markets zoom ahead of others in the instant payment race. In schemes where banks are tasked with overseeing instant payment schemes, self-interest will impede progress. But as a solution that improves outcomes for merchants, individuals, and countries alike, instant payments will become the standard way of doing business as companies jockey for any competitive advantage and countries strive for market efficiency. Coupling instant payments with burgeoning open banking schemes will allow companies to analyze real-time data insights and create innovative solutions in areas such as supply chain and inventory management. Though design and oversight will be crucial in determining the extent of its impact, instant payments will be a lynchpin to fostering a truly integrated and inclusive financial system in emerging markets.

Out Of The Shadows: How B2Bs Are Reaching Informal Sectors