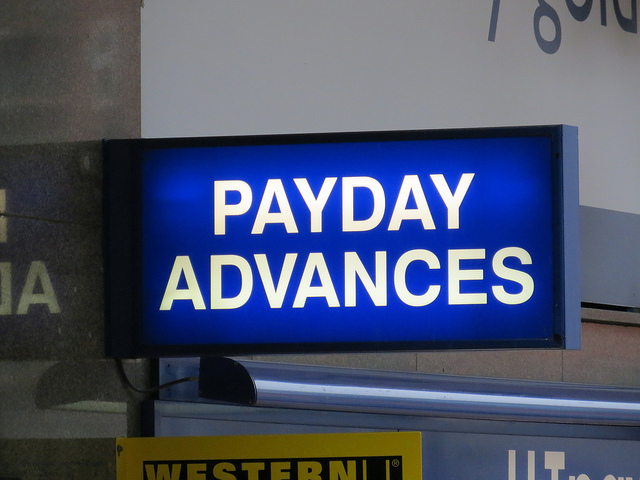 If there is a sub-section of the finance industry that is less well-loved than Wall Street banks, it is almost certainly payday lenders. To some, these providers of short-term high-interest loans are little better than vultures, exploiting the desperate and poor (more often than not, both) through usurious practices designed to lure the unwary into a debt trap. As a result, payday lenders have been in the political cross-hairs in a number of countries in recent years, as regulators and politicians have taken action to curb what many believe are predatory lending practices.


"Payday loans" are generally considered to be small-dollar amounts with a loan period of less than two weeks, characteristics that differentiate them from installment loans, which tend to be for 45 days or longer. In U.S. terms, the distinction is significant, as the Consumer Financial Protection Bureau (CFPB) announced plans earlier this year to rein in the practices of both niches. In late summer, however, CFPB announced a revised rule that left installment loans outside of its scope, and zoomed in on the practice of lenders repeatedly rolling over pay-day loans, causing the borrower to incur an array of fees and interest payments. For some borrowers, the result would be getting trapped in a debt spiral from which it is almost impossible to escape.

The payday-loan industry has recently been fighting a P.R. battle to portray itself in a better light, such as by highlighting the fact that each year between 10 million and 12 million Americans need fringe financial services such as payday and installment loans, and by squashing supply that demand will not simply disappear. Such attempts have been hampered in the past few months, by at least one major player who found itself not just on the wrong side of the CFPB, but also the criminal law.

Just two months ago, the boss of a US$2bn payday-lending business, and one of the company's lawyers, were both convicted of 14 counts of racketeering, money laundering, wire fraud, and violations of consumer lending laws. AMG Services Inc. set up front operations purporting to be based on Indian reservations, thereby evading laws that cap interest rates, in addition to hiding loan clauses that automatically rolled the loans over. As a result, customers could find that a $500 loan ended up costing them as much as $1850 instead of the $650(!) originally anticipated by the borrower.

While such unlawful practices are clearly not the norm and most payday lenders are legitimate and law-abiding businesses, the interest rates they charge often see them viewed as little better than loan-sharks and gangsters. And in some respects, this is not surprising: the interest rates charged are generally well above those that were charged by the infamous loan sharks of a century ago. When tardy loan repayments had to be extracted by threats and violence, 20% interest per month was considered scandalously high. In 2017, the average payday loan is twice as expensive as that.

There are, however, stark differences in the money-lending business model of loansharks from the 1920s and the payday lenders of today. Most significantly, fixed overheads from having bricks-and-mortar stores and steep delinquency rates mean that fringe lenders don't have a business model even with a 20% margin on a 30-day loan. A 2009 Ernst & Young study, commissioned by the industry body Financial Services Centers of America (FiSCA), reported that "multi-line payday lenders" had a pre-tax profit margin of 9.1%, but suffered bad debt costs of 26.9% of the total cost of each loan issued. The average APR for a two-week loan in this study was 397%.

Overheads and delinquency are clearly costs that the digital transformation can reduce. But even so, the experience of countries such as the U.K. has demonstrated that this does not necessarily automatically lead to more affordable rates for borrowers and healthier margins for lenders. A proliferation of online and mobile payday lenders with eye-watering APRs of over 4000% raised concerns from both politicians and religious figures. Despite operating in a digital market, lenders such as the U.K.'s Wonga (responsible for the now infamous 5,853% interest) felt no market pressures to drive down their rates.

As a result, the country's Financial Conduct Authority introduced a series of regulations similar to those proposed by the CFPB. This included capping the amount repayable at double the original loan amount and verification of ability to repay, among other measures. The result was a 68% drop in loans issued, more than four in five applicants being rejected, and APRs of over 1000%.

What, then, of P2P loans? For many people, LendingClub and similar online marketplaces were the first iteration of "fintech" they became aware of, and belief in the beguilingly simple lure of an efficient marketplace of lenders and borrowers led some to predict the end of both banking and lending as we knew it.

But aside from Lending Club's own woes that forced out its founder and CEO, the P2P market came under fire from the Cleveland Fed for offering rates resembling "predatory loans", originating not from average Joes but from hedge funds, banks and insurance companies who are attracted by a lack of regulatory oversight. Most alarmingly, the study predicted that the P2P market had "the potential to destabilize consumer balance sheets" in a manner similar to the subprime mortgage market before the 2008 crash. That conclusion, even in light of the paper's retraction, is one that should give everyone pause for thought.

Rather than the technology, it is new ways of thinking about money and borrowing that perhaps offer the biggest challenge to payday lending as we currently understand it. New players are entering the market, with new models that take advantage of fintech, but which also critically involve a rethinking of the basics of how and when people access money when they are caught short of payday. 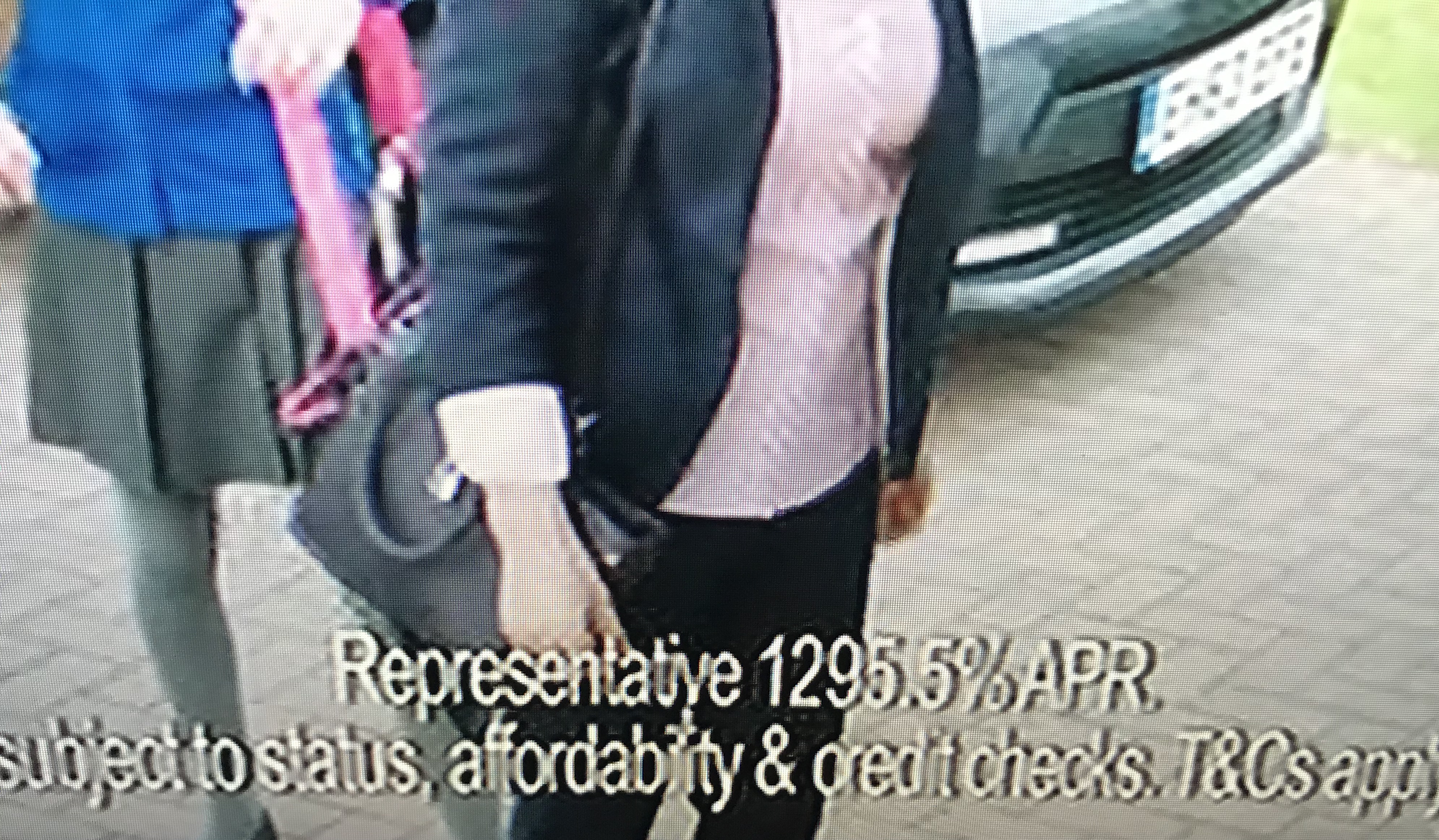 Just last week, for example, Walmart announced deals with fintech startups Even Responsible Finance and PayActiv. The deal gives Walmart employees access to financial wellness tools via the Even app, alongside eight free uses of PayActiv-arranged early access to earned but unpaid wages. On the one hand, this is an old-fashioned advance of wages. But, on the other, by re-conceptualizing it and tracking hours actually worked by the employee, the borrower is accessing money that is rightfully theirs and owed to them for labor they have provided. With Even's budgeting and financial planning services layered on top, the offering aims to provide both a ladder and a safety net to help Walmart employees bridge the gaps between outgoings and income without the need to resort to payday loans.

For as long as there has been money there have been borrowers and lenders, and that is not going to change anytime soon. And, so far at least, fintech has had limited success in transforming the dynamic of the poor and desperate borrowing very expensive money that risks submerging them in a debt trap. Walmart's example perhaps points towards the greatest latent power of Digital Finance and Commerce: the ability to empower individuals with data and insights into their financial health. And as mobile money markets have demonstrated, data that offers new ways of assessing credit worthiness are being generated every day. The challenge, as always, is building a business model that works around the data, and as of yet a big question mark hangs over that aspect. For better or worse, not everyone has an employer like Walmart.