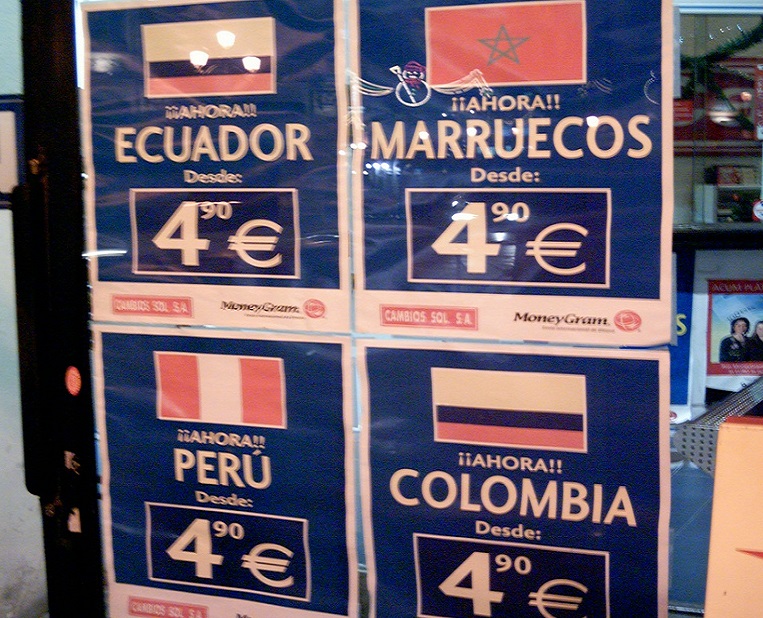 Traditionally, international remittances are sent via banks, remittance service providers (RSPs) such as MoneyGram and Western Union, or informal channels. But with the rise of technology, mobile operators and Fintech companies are providing attractive alternatives by offering more convenient and wallet-friendly methods of money transfer across country lines. With this in mind, will technology give a much-needed reboot to the remittance space, and how will incumbent or entrant players integrate it into their services?

Harking Back to Tradition

Although remittances can be sent informally, two of the most popular and widely used channels are formal ones: (i) bank account to bank account transfers, and (ii) private remittance networks. Bank account to bank account transfers have a complex value chain, as funds often go through several banks and other payments systems, such as SWIFT, before being received by their recipient. On the other hand, private remittance channels operated by RSPs, such as Western Union, have their own transfer system and distribution network. Therefore, they are required to have local bank accounts, resulting in high costs of operation. In both scenarios, the need to compensate several entities in an extensive value chain requires both banks and RSPs to extract larger transactional margins, which inevitably results in higher remittance fees for senders and recipients.

Given that the traditional channels have such inefficiencies, which translates to high prices, slow transaction times, as well as strict identification requirements, some remitters have gravitated towards informal systems, such as “hawala” in South Asia and “fei ch’ien” in China, that carry out the transfers without actually moving the money across borders based on an honor system and trust.

However, “the money transfer industry has substantially evolved into a wide range of services and countries with great competitiveness,” revealed Manuel Orozco, Director of the Migration, Remittances and Development Program at the Interamerican Dialogue, to Mondato in a recent interview. Indeed, innovation is remedying some of the outstanding issues associated with more traditional remittance channels.

“The adoption of internet-based transfers via cards, mobile, or PC, improvements in regulatory compliance with better technology, and the entry of back end bill payment operations for cross-border bill payment offered by RSPs are reshaping the industry.” Manuel Orozco, Interamerican Dialogue.

Where Is the Pain?

The major pain points in remittances are found at four levels - identification, connectivity, financial services availability, and education. Many users, especially those at the bottom of the pyramid, do not have proper identification, forcing them to use informal channels. While connectivity is growing in terms of access to mobile phones, internet and broadband, limited connectivity still plagues users, especially in rural areas in developing countries, which are still notoriously un- or under-connected. In terms of financial services availability, providers need to innovate and cooperate in order to provide improved services at better prices. Last, but not least, users need to be educated about the range of sending and receiving options at their disposal, and if necessary, how to exploit financial instruments and technology. Although the sector is witnessing improvements across the board in certain markets, the biggest changes are in digitizing financial services, where the remittance industry is quickly evolving.

Currently 6% of remittances are sent via digital channels and the growth has been acutely rapid. “Customers did not trust digital until five years ago but that has changed. In the next five years we will see a snowball effect and the majority of remittances will be sent digitally,” posited Matt Oppenheimer, the CEO of Remitly.

Fintech companies are using digital systems to cut cost and reach customers more efficiently. Xoom and Remitly have created efficiencies via digital cash-in, followed by online and mobile app transfer instructions. Transfer Wise uses a peer-to-peer technology to cut costs, while BitPesa utilizes Bitcoins to transfer funds across borders because of their low transaction fees. The use of crypto currencies is especially attractive to reduce price, but this approach still faces challenges around regulation and currency exchange stability.

Mobile money service providers already have an established distribution network, and international remittances have proven to be a key driver to incentivize the usage and adoption of mobile money services, as discussed previously in this Mondato Insight. However, mobile money services are closed national systems that need to connect to foreign players, either through using a hub such as TransferTo or HomeSend to link to other operators or partner with existing providers, or by leveraging traditional RSPs or Fintechs such as World Remit and Xoom. For instance, Tigo Money El Salvador partners with Western Union, MoneyGram and TransferTo, while Orange Money collaborates with MoneyGram to send money from France to Côte d’Ivoire, Mali and Senegal.

Technology to the Rescue

Technology can be applied throughout the entire remittance process, regulation allowing, to remove system inefficiencies and foster usage of formal digital channels. For example, facilitating remote user on-boarding, developing national biometric-enabled identification systems or increasing wallet balance limitations would improve the remittance process on both the sending and receiving end. Technology can also alleviate some of the most pressing inefficiencies in the fund transfer process, thus promoting competition, interoperability and price reductions.

However, there are still questions posed by these technological advances. Technology can create additional burdens to users and providers. Although some users are proficient in smartphone technology, they do not necessarily have access to the payment instruments involved in sending money electronically, such as a bank account or a debit card. In addition, employing cards to fund an international transfer could add extra fees inherent to payment cards i.e. interchange, as highlighted recently in a December 2016 Remittance Industry Observatory Newsletter circulated by Interamerican Dialgue. While most of the technological advancements described here are available on the market, they may require government or sector initiatives, which demand time, funding and desire to implement. Thus, the biggest improvements in remittances are occurring mainly in the digitization process.

“The most valuable thing we are building with customers is trust and once you build that trust, there are a lot of services you can offer if there is a pain point,” shared Matt Oppenheimer in an exclusive with Mondato. New services are emerging on the sending end, as portrayed in the recent Remittance Industry Observatory Newsletter. These include bill payment from abroad by Xoom in addition to other value added services such as cash checking, tax services and credit products for the remittance sender, such as the portfolio of offerings of the Barri Financial Corporation.

Some services promote digitization by deterring recipients from cashing out immediately, such as the reception of funds in a mobile money wallet in El Salvador. If remittances are received in a digital account, users can easily store the funds, save them or spend them only later when necessary. This service could 'graduate' to allow recipients to also access loans, insurance or other financial services.

The Next Frontier of Innovation

This focus on coupling value added services with remittances shows us a glimpse of what remittances could look like in the future. As technology develops further, and if regulation evolves appropriately, remittance fees could reach 3% by 2030, as per the United Nations Sustainable Development Goals and eventually become close zero. In this ideal scenario, providers would have to find revenue in other places, namely value added services. It is not too far-fetched to imagine providers marketing diaspora investment services and mortgages, and recipient focused loans and insurance.

Although the future is tempting, the persistent problems of identification, connectivity, financial services, and education remain to various degrees in different markets, given the current state of development of remittance receiving countries. Technology, itself, raises some loggerheads, so stakeholders must both address current pain points and future possibilities as they aim to actualize the UNCDF development goal. One thing is readily clear: technology will have a hand in breaking down industry monopolies and modernizing current market incumbents. While there is an obvious benefit for consumers, these changes may also spur 'growing pains', as financial fluency and technological know-how take hold in consumer segments. But, in due time, the 'reboot' of remittances will be counted as a win-win for financially excluded populations.

Are Biometrics The Keys That Unlock Digital Finance's Potential?

The Innovation Scramble: Banks Butt In