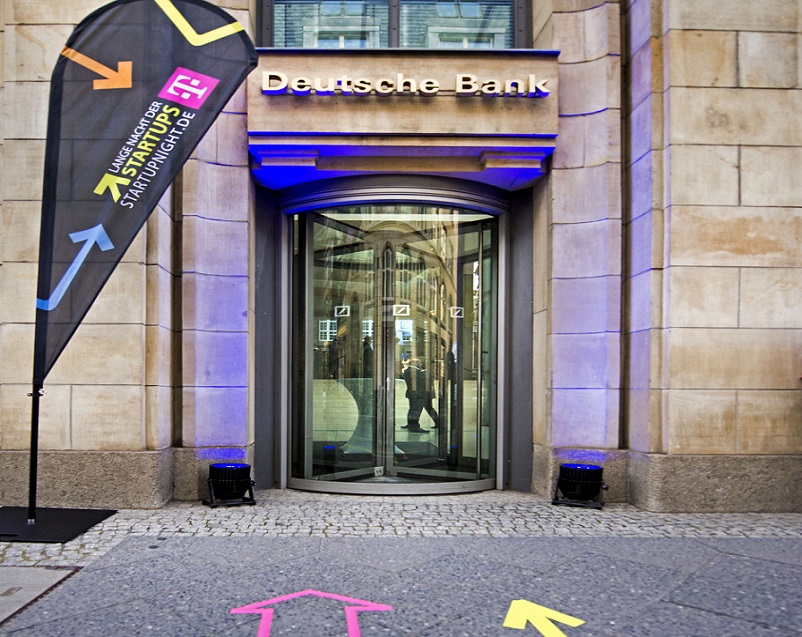 The cyclical relationship between innovation, revenue and survival has become a self-evident truism in the banking industry. Mondato, on previous occasion, has disputed narratives that paint financial technology firms and banks as necessary antagonists and competitors. In fact, events such as Finovate or Money20/20 reflect moments of cross-pollination and collaboration. However, the question of leverage (whether in regard to capital or market access) will inevitably seep into the push-and-pull interaction between banks and startups as an equilibrium emerges.

While startups, ranging from wholly digital banks to algorithm-entrusted investment advisers, maneuver to replace legacy institutions, legacy institutions will, without doubt, return the favor. Accelerators, incubators and labs - which dabble in an array of digital finance and commerce technologies - represent the front lines of infiltration as banks prioritize innovation campaigns. But, as banks hope to claim a more proactive and controlled role over disruption, will the result prove to be idea ownership for the sake of itself instead of value-added propositions? Or, conversely, if bank innovation initiatives succeed, how does that translate for the negotiating power of startups? To the chagrin of the startup community, banks appear determined to remind the financial sector that there is no monopoly on innovation.

Life, Liberty, and the Pursuit of Innovation

The pursuit of innovation seems to be similar to the pursuit of happiness - no two approaches are identical and the final outcome is hard to measure in tangible terms. This description certainly captures the mood of banking innovation, in any case. Banks have adopted a whole slew of strategies in the search of innovative relevancy. While many notable incidents of disruption have stemmed from solutions conceived outside of traditional banking structures, banks have become increasingly eager to introduce some form of 'in-house' innovation.

Internal accelerators, incubators and labs have become a fashionable addition to operations, with groups like Bank of America, Barclays, Citi, DBS, JPMorgan Chase, Santander, Standard Chartered, UBS & Wells Fargo presiding as pioneers. The degree to which each faction relies on external partnerships and funding, or incorporates elements of an accelerator, incubator or lab, is variant.

Venture capital accelerators, such as Citi Ventures or Santander Innoventures, are in-house funds that invest in financial technology startups in exchange for minority equity stakes. The contribution of the accelerator to a budding business, however, is not merely monetary. Citi Ventures, for one, is complemented by access to Citi Labs - a lab that is fleshed out within an open ecosystem integrating startups, corporates, thought leaders, and leading universities like Stanford, MIT, Columbia and UC Berkeley. The result is a 'multi-pronged' approach to innovation. Santander, in contrast, is not endowed with as impressive of a lab network, but still promises to deliver brand, reach, and know-how.

Stand-alone bank accelerator funds have, at times, earned the pessimism of industry analysts. Even the most robust international bank-led accelerators house no more than a dozen startups at once (as a point of reference, Santander boasts a portfolio of 9 companies). Due to the overwhelming failure rate of startups, the viability of stand-alone accelerators is dependent on numbers to diffuse risk. For instance, more than 500 startups have graduated from the prestigious standalone accelerator, Y Combinator, since 2005. This kind of cushion is a feat bank accelerators would find difficult to replicate.

Stand-alone bank labs or incubators encounter similar dilemmas. The up-front operational costs of labs or incubators, which tend to welcome a more free-fall approach to innovation without a methodical strategic direction, are seldom, if ever, recouped by pure, lab-generated profits. The business case for incubators or labs is also less obvious than accelerators, as the former rarely demand equity, with teams often entering incubators and labs without a designation as a formalized corporation.

JPMorgan Chase has designed an In-Residence program that could signal a way forward as a hybrid. The In-Residence program structures pitches by contextualizing applicants within the backdrop of a 'challenge' which articulates an immediate banking pain point. The applicant must have an appropriate seed concept that would be refined by access to JPMorgan proprietary data, salespeople, traders, bankers, engineers, data scientists, compliance and legal specialists, strategists, and venture capitalists. The terms of admission and residency are unique to each applicant, and JPMorgan Chase has clarified that an equity stake could indeed be part of the partnership. This approach would allow banks to internalize innovation without significant expansion, as the lab exploits resources already at hand.

The Opaque Nature of Gauging Innovation's Worth

While scrutinizing the balance between costs and revenue is a worthwhile and illuminating exercise, there are abstract, and therefore less measurable, benefits to the in-house production of innovation. The soft power of a bank strengthens vis-a-vis the startup community if it positions itself as a gatekeeper to and enabler of technology acceleration, instead of an institution niched in its brick-and-mortar, traditional offerings, vulnerable to disruption.

Soft power aside, value added is also manifest in operational saving. A white paper sponsored by Santander Innoventures concluded that ledger technology, one facet of fintech, "could reduce banks’ infrastructure costs attributable to cross-border payments, securities trading and regulatory compliance by between $15-20 billion per annum by 2022." In-house innovation, too, offers an advantage when considered from the vantage point of technology implementation. If solutions are devised and customized around a bank's systems and proprietary data, integration transforms into a non-issue as banks are already 'in the trenches', so to speak. In addition, if a bank possesses equity in a host of startups, it could afford more opportunities to influence the basic processes (through board observer rights) and to have at least some weight to counter moves contrary to its interests. Active involvement, even when limited, is always more productive than passive thumb-twiddling.

Still, the critiques against standalone bank innovation campaigns are valid. To cast such a limited net in regard to accelerators, or to invest in labs without concrete ambitions, could result in a pool of startups and solutions that end up useless or irrelevant after gobbling up bank funding.

In order to bulwark against such unpredictability, many banks have embraced an ecosystem approach and sensible partnerships to dilute risk. The DBS Accelerator is powered by Nest, not to mention a whole other consortium of corporate sponsors. The Barclays Accelerator has a comparable arrangement with Techstars. However, even in the presence of a partnership, Deddy Gan, Head of Barclays Accelerator (London, New York, Tel Aviv & Cape Town) intimated to Mondato that its internal accelerator is still very much in tune to discerning direct translatable value to its stakeholders.

"Absolutely, it is difficult to manage open innovation within a large organization like Barclays – but we have been successful as we have been very focused on the program. Our aim is to find the right fintech companies to solve business problems. We want to bring emerging technologies for the benefit of our stakeholders: customers, clients, regulators and the wider stakeholders." Deddy Gan, Head of Barclays Accelerator

While specifics were not available for public circulation, Mr. Gan confirmed that participation in the accelerator has enabled multiple game-changing solutions for Barclays customers and clients. Innovation clearly impacts the bottom line of most banks. It is to what degree, or how to quantify it in practical terms, that seems to be most ambiguous.

If banks edge in on the innovation front, does that signify a loss for startups? The relationship between the two is fraught with complexities, so such a simple, cause-and-effect answer is unlikely to mirror reality.

As the status-quo stands, exclusivity is not a 'given' condition by banks. Citi Ventures, for one, disclosed to Mondato that it does not stipulate exclusivity in order to receive investment. There have been other deals, however, that are more cloudy on this issue - the partnership between On Deck and JPMorgan Chase comes to mind. However, if equity is part of the appeal for banks, profit for the startup is tied to profit for the bank, which dis-incentivizes a bank from thwarting lucrative partnerships between a startup, in which it has minority stakes, and competitors. Therefore, a climate of potent bank accelerators is unlikely to stymie startup flexibility in the marketplace.

That is not to assume, nonetheless, that any bank partnership is harmless in all circumstances. Devie Mohan, CEO of Burnmark, a fintech research company, elaborated on factors which could influence the strategy of a startup.

"I advise startups to take a strategy according to their business idea. For some ideas, it is great to have one bank as a close partner (especially if you are in the very early stages and you need a lot of the banking process information and/ or regulatory compliance information as part of your development). But for others neutrality may be required in order to work closely with multiple banks and, for them, a partnership ecosystem may work well. I have advised almost an equal split of startups for either approach." Devie Mohan, CEO of Burnmark

While a coalition of highly competitive, exclusivity-demanding bank accelerators and labs would deteriorate the bargaining power of startups in the latter category, there is little evidence that such a situation is on the horizon. Many of these bank innovation campaigns are still in early days, and it is certainly possible that within a few years executives gut the programs due to a lack of perceivable value-added.

Even if that is the case, banks will not let the ecosystem mature without them. Instead, innovation campaigns could become more limited and succinct in scope. Bank of America, for instance, hosts the annual Bank of America Merrill Lynch Technology Innovation Summit, which attracts an average of 300 technology firms each year. Subsequent to the conclusion of the summit, a remarkable 17% of those attendees then embark on a relationship with Bank of America. Through what channels financial innovation materializes itself in the future is still up for debate, but one thing is for sure: in-house accelerators, incubators and labs are the flavor of the week, and for most startups, that is just fine.

Technology Provides Remittances with a Reboot