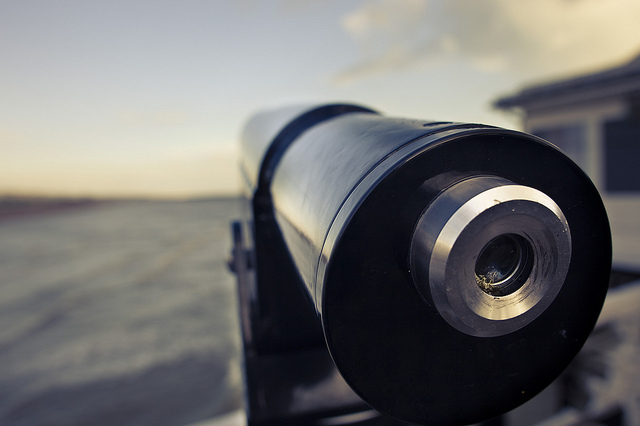 For better or worse, 2016 is a year that will be remembered for a long time to come. The status quo was demolished in many countries and contexts. The idea of disruption spilled over from the worlds of entrepreneurship and tech, and entered the mainstream. In some respects, the rest of the world has simply followed Digital Finance and Commerce (DFC) into a state of flux. But here at Mondato Insight, we like to keep an eye on the future instead of dwelling on the past. So, as has become a tradition, we looked to a range of industry thought leaders to get their take on what lies in store for 2017.

The opportunities and problems created by globalization and international migration were thrust to the forefront of many discussions in the year past. Mondato Insight, for example, examined one aspect, the intersection between DFC and the European refugee crisis. This is an area that seems likely to expand further in 2017, according to Thea Anderson, Mercy Corps' Director of Financial Inclusion. A lot of stakeholders in the humanitarian sphere have been looking closely at Jordan, examining supply and demand for e-money, as well as exploring various use cases among both refugees and low-income Jordanians. The results, however, have been a mixed bag, with the result that further study is going to be required in 2017 to establish the parameters of e-money in humanitarianism.

There is a clear and growing willingness to use digital platforms for humanitarian aid. Even for simple cash transfers, humanitarian providers seem to understand the value of electronic wallets, largely as a result of their transparency. Additionally, there is the added advantage that women can gain a new level of privacy with regard to their finances.
Thea Anderson, Mercy Corps

The key for the future, noted Ms. Anderson, would be to use electronic payments and remittances to further financial sector development, particularly in fragile and conflict states. Indeed, many of our interviewees highlighted the ongoing and significant role that international remittances were likely to play in the world of DFC in 2017.

The GSMA's Director of Policy & Advocacy for Mobile Money, Nathan Naidoo, for example, emphasized international remittances' role as a driver of growth for mobile money in the year ahead. In particular, partnerships across the ecosystem appeared likely to buttress gains made in 2016, as operators and regulators recognize the benefits of international cooperation in the name of the shared goal of ecosystem growth and maturation. Money Transfer Operators are increasingly eager and willing to capitalise on MNOs' wide distribution networks and the growing adoption of mobile wallets in net remittance receiving countries.

But, Mr. Naidoo told Mondato, the proliferation of bilateral partnerships rather than a systematic, multilateral approach to ecosystem growth both domestically and internationally, will continue to pose challenges in the year ahead.

Fragmentation will continue to be one of the main challenges for the industry. In practice, API fragmentation can add months of time and headache to the lives of already over-stretched entrepreneurs. As a result, some of the great ideas coming out of emerging market tech hubs struggle to scale.
Nathan Naidoo, GSMA

Recognizing the challenge, the GSMA has begun work on a set of APIs to standardize the integration process across MNO providers of mobile money services. The result is that Mr. Naidoo and the GSMA are confident that this time next year actors across the mobile money value chain will be implementing common steps to facilitate third-party integration, thereby catalyzing entrepreneurship and new use cases.

It should be noted, however, that on this topic Nathan Naidoo was far from a lonely voice in the wilderness. Ronald Alvarenga, Product and Commercial Director, Mobile Financial Services for Millicom, echoed many of the same sentiments when he surveyed the 2017 DFC landscape in Latin America in conversation with Mondato.

For the 'Northern Triangle' of Central American nations (Honduras, El Salvador and Guatemala), international remittances, particularly from the United States, contribute between US $4bn and $6bn per annum to each national economy (which in El Salvador's case amounts to 15% of GDP.) Currently, however, "e-money entities" were excluded by regulators from operating international remittances, according to Mr. Alvarenga,. Talks with relevant governments on this contentious topic are set to continue through 2017, but it remains to be seen if they will bear fruit.

It is important that governments realize the importance of including international remittances as part of the e-money portfolio. At this moment, we are not allowed to operate this service in Honduras and Paraguay.
Ronald Alvarenga, Millicom

While Nathan Naidoo agreed that licensing remains a fundamental challenge to mobile money providers wanting to facilitate international remittances, he remained hopeful that the tide was turning. He observed that markets as diverse as Colombia, Mozambique and Rwanda had in recent years allowed MNOs to become licensed international remittance providers. "More will follow", he hoped, "as the potential becomes harder to ignore. Watch this space." Mondato Insight will make sure to follow up in late 2017 to check whether Mr. Naidoo's confidence was warranted.

And while the GSMA was trying to implement industry-wide APIs for mobile money, some markets have developed national solutions to drive ecosystem growth. Earlier this year Mondato Insight examined the case of Peru and its BIM platform. Ronald Alvarenga highlighted the case of Bolivia as an example of the sort of growth in interoperability he expects to see in 2017. There, all Tigo Money users can now send money to bank accounts and vice versa, as the result of participation and cooperation from 16 Bolivian banks. "Including the most relevant players in the market is a key element of designing a suitable ecosystem," he observed.

The evolving role of regulators will, as has often been the case, be key to 2017's developments. Stefan Staschen, Senior Financial Sector Specialist, Inclusive Markets at CGAP told Mondato that the desired progression from regulation to supervision had been slow, and isolated in a small number of markets. While many countries had revised their regulatory framework for Digital Financial Services over the last couple of years, few have actually set up the right systems to license and supervise new players, approve innovative products (such as digital credit and mobile remittance products) and introduce a truly risk-based and proportionate supervisory framework.

We need systems where the most attention is spent on players and products carrying the highest risk, and not those that are most talked about.
Stefan Staschen, CGAP

In this, Mr. Staschen shared some of the observations of Nathan Naidoo, who acknowledged that, while significant regulatory reform has occurred in many countries around the world, some regulators continue to apply a dated banks-first model. And while regulators remain busy, they may not be so for long. 'Regtech' - technology supporting regulators, rather than assisting private entities to manage compliance obligations - looks set potentially to be the buzzword of 2017, partially as a result of the development of regulatory sandboxes. The irony of regulatory staff potentially being made redundant as tech replaces humans with 'regbots' is not lost on Mondato Insight.

With the exception of Nathan Naidoo of the GSMA, who is much more bullish about 2017 heralding a "phase 2 revolution" in DFC, it appears that the common view among our industry interviewees is that the DFC revolution appears to have been tempered into a more evolutionary process, but one that is going to roll on while progressively gathering steam. But as ever, the great danger to making any prediction is that we don't know what it is we don't know (Donald Rumsfeld's infamous "unknown unknowns".) 2016 pointed towards the possibility that in many spheres tech and the reaction it produces have greatly increased the number of unknown unknowns, and experts of all stripes have had to re-examine many basic assumptions.

For that reason, we are extra grateful to our interviewees for being willing to share their predictions with us, as we trundle on towards marking a decade of mobile money and DFC!

The Innovation Scramble: Banks Butt In

The End of Shopping As We Know It?