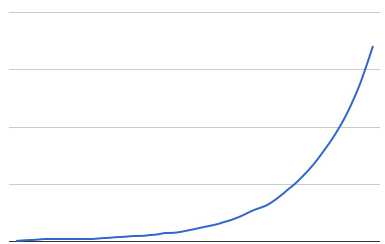 Following the success of M-PESA in Kenya, hype has surrounded the opportunity and potential growth of mobile money across emerging markets. Development organizations and key stakeholders have invested remarkable resources in deploying mobile money and digital finance services, resulting in access to mobile money for approximately 85% of populations that are otherwise shut out by formal financial institutions.

There is certainly a market for the services. In Sub-Saharan Africa and South Asia less than 40% of adults have a bank account, and in Latin America that figure only increases to 51%. (And even then, outside of East Africa, many markets have found difficulty attracting users.) Major African markets like South Africa and Nigeria have had recent troubles promoting mobile money uptake. Just last month Vodacom closed M-PESA in South Africa, citing a lack of market demand, failed partnerships and problematic regulation, among other reasons, for its decision.

According to Bill Gates,

"By 2030, 2 billion people who don’t have a bank account today will be storing money and making payments with their phones. And by then, mobile money providers will be offering the full range of financial services, from interest-bearing savings accounts to credit to insurance."

Gates’ optimistic prediction is based on the exponential increase in mobile phone ownership coupled with the potential for mobile money providers to make money off of small commissions on millions and millions of transactions made by poor customers. While there has been a continuous increase in both mobile phone penetration and the number of mobile money deployments, there is still a much smaller proportion of success stories. Because commercial viability of mobile money is contingent on the mass adoption by millions of bottom of the pyramid (BoP) consumers, the question begs: what is the key to unlocking mobile money adoption?

In the case of Kenya’s M-PESA deployment, there were many factors at play that created an ideal market environment: internal migratory patterns; a lack of defined regulation; Safaricom’s monopolistic market share; the country’s inadequate financial services infrastructure. These were set alongside domestic instability that obstructed the movement of cash. But, critically, M-PESA already aligned with existing social practices that were prevalent in the country, such as remittances and savings groups. In the words of one researcher, it helped people "to do what they were doing before the technology was introduced."

In Central America, Avon representatives selling door-to-door found mobile money extremely efficient for accepting payments. While this use case is clearly not mass-market adoption, yet, as in Kenya, the proposition responds directly to day-to-day needs. In parallel, while Latin America has fewer registered users than other emerging markets, they have more overall active users, representing a more targeted, but perhaps a more successful approach.

Most markets, though, are struggling to find a natural adoption path, though in many scenarios, it is not always possible to predict what it is, as the catalyst may be unexpected, unwelcome or both. During recent cash shortages in Zimbabwe, mobile money providers saw a dramatic increase in transactions. Consequently, users experimented with secondary services such as paying for school fees, utility bills or household items, providing use cases that might otherwise have been treated with suspicion.

And aside from political and economic “sweet spots,” the value of mobile money services has been demonstrated by unwanted but inevitable environmental use cases: specifically the aftermath of natural disasters in high-risk regions prone to floods, typhoons, tsunamis and earthquakes. The Philippines, China, Japan and Bangladesh, for example, have been the targets of more natural disasters than anywhere else on Earth. P2P transfers, insurance, loans and the ability to receive domestic and international donations respond directly to the needs of natural disaster victims and demonstrate clear value that encourages adoption and use.

However, if a cashless "sweet spot" can be identified and exploited, and a mobile money service has established relevance, layering on additional services becomes easier. For example, since M-PESA, Kenya has seen (among many others) M-Shwari, a mobile-based savings and loans product with the Commercial Bank of Africa (CBA), KCB M-PESA, a rivaling credit and loans service with Kenya Commercial Bank (KCB), M-KOPA, a Pay-As-You-Go solar electricity company (an example of what is referred to as Digital Finance Plus or DF+) and most recently, Little Cabs, an Uber-esque service in partnership with Craft Silicon. Needless to say, once users recognize and trust the value of the mobile money offering, building upon the value chain and promoting further adoption is met with less resistance.

With A Little Help From My Friends

Partnerships have been essential for the success of M-PESA-based products. Not only must they take digital financial services to the next level (e.g. DF+) as in Kenya, but more broadly partnerships that promote interoperability between services has become an important factor in driving mobile money adoption.

“In recent years, many mobile operators sought to replicate Safaricom’s model of dominance, but that opportunity no longer exists. In markets with multiple operators, interoperability can open the market up by promoting low cost and frictionless transfers between different mobile money services, resulting in a larger 'open-loop' ecosystem. In order to respond to consumer needs and promote increased adoption, there is growing interest in interoperability in a number of markets,” explains Greta Bull, CEO of the Consultative Group to Assist the Poor (CGAP).

One of the most lauded examples of strategic partnerships in this field is the Modelo Perú. Research showed that the lack of interoperability was the main constraint to mobile money adoption and resultant increased levels of financial inclusion in the country. In response, the Government worked with private and civic partners to bring about an interoperable, technologically-neutral platform that is shared between the country’s financial institutions, telecom operators, government and other stakeholders. Modelo Perú's goal is to drive adoption to reach 2 million active users by 2020.

Forming complementary partnerships and market-specific value propositions builds a strong foundation for mobile money adoption, but the strength of a distribution network may govern whether a mobile money deployment is successful and effective or not. A point in case is Nigeria. Despite having over 80% mobile penetration, there has been a lack of progress. Aside from regulatory issues and a government-led desire to prevent foreign banks from taking the lead on mobile money, another key justification for the hold-up in Nigeria is the lack of understanding of distribution networks. Because most banks do not have multiple branches of ATMs, branchless banking as well as a strong agent network would be required for uptake.

In contract, WING Cambodia, initially founded by ANZ Banking Corporation as a payment processor built a strong agent network that transformed and now defines their core business. The broad distribution network attracted a wide customer base for Over-the-Counter (OTC) remittances and payments. Distribution, which has been a historically difficult task for financial service providers, is a key driver in long-term growth and sustainability of mobile money adoption. Interaction with an agent can allow for a more personal and trusted transaction, ease for on-boarding requirements, and a resource for financial and technical education if there are questions or hesitations. If adequate support is given during the deployment phase, it has been proven that behavior can be influenced.

Customer Centricity at the Heart of Adoption

With the rise in popularity of Over-the-Top (OTT) services like WhatsApp, Facebook Messenger, WeChat and Viber, there is a growing opportunity for social media and messaging services to become viable distribution models for mobile money, by once again putting mobile money into an extant social context. Additionally, riding on top of the massive reach of OTT services and utilizing the power of already-established social networks may be a cheaper and more effective alternative to building agent networks or deploying mobile wallets.

OTT and other tech services also provide a significant opportunity to generate structured feedback loops to better define market requirements and barriers to adoption. Engaging both agents and end-users to provide feedback and generate a systematic response to that feedback can spawn more targeted customer-centricity and trust that can promote further adoption.

In short, building a technology is not enough on its own to incentivize adoption. “[Customer centricity] begins with how you design the product, how you deliver it, how you respond to someone’s experience with the product,” according to John Rubio, former President & CEO of Mynt, a Globe Telecom subsidiary.

These comments cut to the heart of the matter. The goal of mobile money should not merely be to provide access to financial services. In order to encourage and achieve mass-market adoption, mobile money products and services must deliver access to meaningful, relevant and valuable value propositions through a mindful, strategic and customer-centric approach. If you build, they will not come, because in most cases they don't know what you have built or if they do come, they may not know why they should care about it.