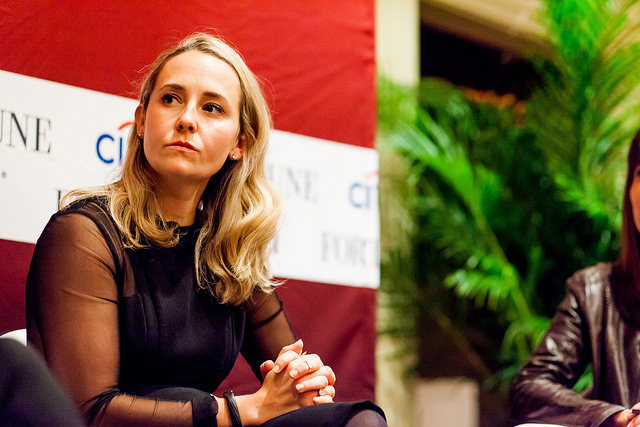 Mondato will be traveling to Las Vegas next month, from October 21st through the 24th, for Money20/20 USA, the payments and fintech industry’s annual tradeshow. This year, the program added a unique segment called “Rise Up”, a stream that will run alongside the regular event festivities which intends to address the gender imbalance that dogs leadership positions within the fintech and payment industries by empowering female leaders and creating a networking platform for future leaders. Rise Up aims to build support systems among women in leadership positions while amplifying the business benefits of gender inclusivity across the industry.

Just Look At The Numbers

Companies with female CEOs experience 19 percent higher profitability across the board, further bolstering the argument for more women in leadership positions irrespective of industry. The impact on the financial services industry is even more pronounced. Because organizational leadership often strongly influences product development and overall customer experience, fintech companies with women executives are better positioned to respond to the needs of female customers, a major market segment with potential for growth that is frequently underserved by financial services providers.

Not only are women at the forefront of digital transformation, they are often catalysts of adoption. A recent study by Bank of America found that female entrepreneurs utilize digital financial services for 33 percent of transactions, compared with 26 percent of men, and on the whole, women were more likely to accept mobile payments at their businesses. These shifts to digital and mobile tech help to promote digital and mobile payments for all types of customers, not only other women.

Why Does Gender Diversity Among Execs Matter?

Women occupy approximately 15 percent of leadership roles in the tech industry generally, yet only 5 percent of fintech related companies have women staffed on their executive teams. Women in financial services often feel they are at a disadvantage, finding it more difficult to advance their careers to the executive level, despite the fact that 4 out of 5 women polled were confident in their ability to lead.

"Greater diversity always sharpens thinking, reducing the potential for groupthink. This diversity also leads to more prudence, with less of the reckless decision-making that provoked the crisis... a higher share of women on the boards of banks is associated with greater stability.”Christine Lagarde, Managing Director & Chairwoman, IMF

Though gender diversity among top management does not necessarily translate into profit, companies that have a better balance of executive gender and cultural diversity attract better talent and boast a more favorable brand perception (in addition to higher employee satisfaction). Women's World Banking Chief Strategist Officer, Harsha Rodrigues, premises that the lack of female representation in top management could contribute to the marginalization (or, at the very least, de-prioritization) of women in the financial services sector. Evidence suggests that companies with more women in leadership roles are, unsurprisingly, more likely to encourage gender-specific considerations in the context of product design, marketing and distribution.

Money20/20’s Rise Up comes at an appropriate time as female entrepreneurs are shattering barriers by acquiring either coveted C-level posts or the badge of a founder. Female founded companies like Kabbage, which funds small businesses through an automated lending platform, or Tala, an emerging market-focused loan underwriting and financial identity company, both received significant funding injections in the past few years and are paving the way for others to follow.

With more access to capital for women entrepreneurs floating about (a jump of 84 percent in the United States alone), we can expect to see more representation as the fintech industry grows and organizations see value in promoting mentoring programs, gender-blind financing and more opportunities for women to build digital and financial skills.

Across developed markets in particular, women are a cornerstone for family purchasing decisions. This economic participation will only continue to solidify as household income is equalized between two partners, not just one. A lag in the gender split of financial literary benchmarks still exists however, which has commercial consequences. Gender-specific marketing messaging is an essential component to spurring female participation as consumers and killing two birds with one stone: education and product awareness. Strategic initiatives that endeavor to serve these goals may be better served by women at the helm, and a diverse board is a surefire precursor to diversifying a customer base.

According to Findex data, while there has been relative improvement in financial access for both genders since 2011, men have by in large reaped the benefits from financial services innovation, especially across emerging markets. As women suffer from lower levels of financial and digital literacy, which is often coupled with a less advanced understanding of financial products, women are more timid in experimenting with fintech products or applying for a loan. While Fintech innovation has bettered the outlook of women - particularly in the areas of decision-making, financial resilience, income generation and investment in education and health - holes linger. Fintech products tailored to the specific context of women would encourage adoption and usage by lowering some of the major barriers to entry, especially for lower income populations.

The issue of financial literacy and access for women is a common theme across both emerging and developed markets. It is dawning on organizations in the financial services sphere that a potent opportunity awaits those who choose to invest in developing products and accompanying campaigns to address the gender gap. The GSMA estimates that women in low- and middle-income countries are 10 percent less likely to own a mobile phone, representing a whopping 184 million customers who are still unplugged from digital services, let alone financial services. Mobile Network Operators and financial services providers launching digital and mobile products have the opportunity to boost revenue by a tallied 15 billion USD in revenue if the gender gap of mobile phone ownership is tackled in the next 12 months.

Because of this considerable opportunity, the GSMA has launched The Connected Women Commitment Initiative, an ongoing project that uncovers the commercial and socio-economic value inherent in reducing the gender gap for internet and mobile money services. By improving access to fintech products like micro-loans and savings products, the initiative helps organizations to better conceptualize women (lower and middle-income female populations notablly) as a viable commercial market segment. Both the private and public sector are encouraged to invest in digital literacy and marketing campaigns targeted at women, which in turn has been proven to improve corporate bottom lines as well as other socio-economic indicators like healthcare, education and literacy.

Meet with Mondato in Vegas!

Money20/20’s Rise Up will select 30 women to participate in a curated agenda and unique networking, as well as have the opportunity to learn from the industry’s most respected leaders. Carol Grunberg, Ant Financial's Head of Global Key Accounts, Women’s Network in Electronic Transactions (Wnet)'s 2020 President, and one of the esteemed Rise Up Advisory Board member shared,

“Gender diversity in the payments industry, and indeed in any industry, brings more ideas to the table, which leads to better outcomes for all. It's been an honor being a part of Wnet since 2012 which gave me the chance to mentor other women in payments. In our partnership with Money2020, Wnet is focused on empowering and investing in the Women of Rise Up. As part of Ant Financial, we know that having a commitment to gender equality isn't only important -- it's crucial to the long term success of organizations.” Carol Grunberg, Head of Global Key Accounts, Ant Financial

Do you have other ideas about how women can be further promoted as both leaders and customers in the fintech industry? Mondato will be attending Money20/20 and would love to hear your thoughts. Contact info@mondato.com to set up a meeting with our CEO. Not sure if you’re going? Feel free to use the code MON250 to save $345 on delegate passes to the event.

Hyperinflation: In Digital We Trust?