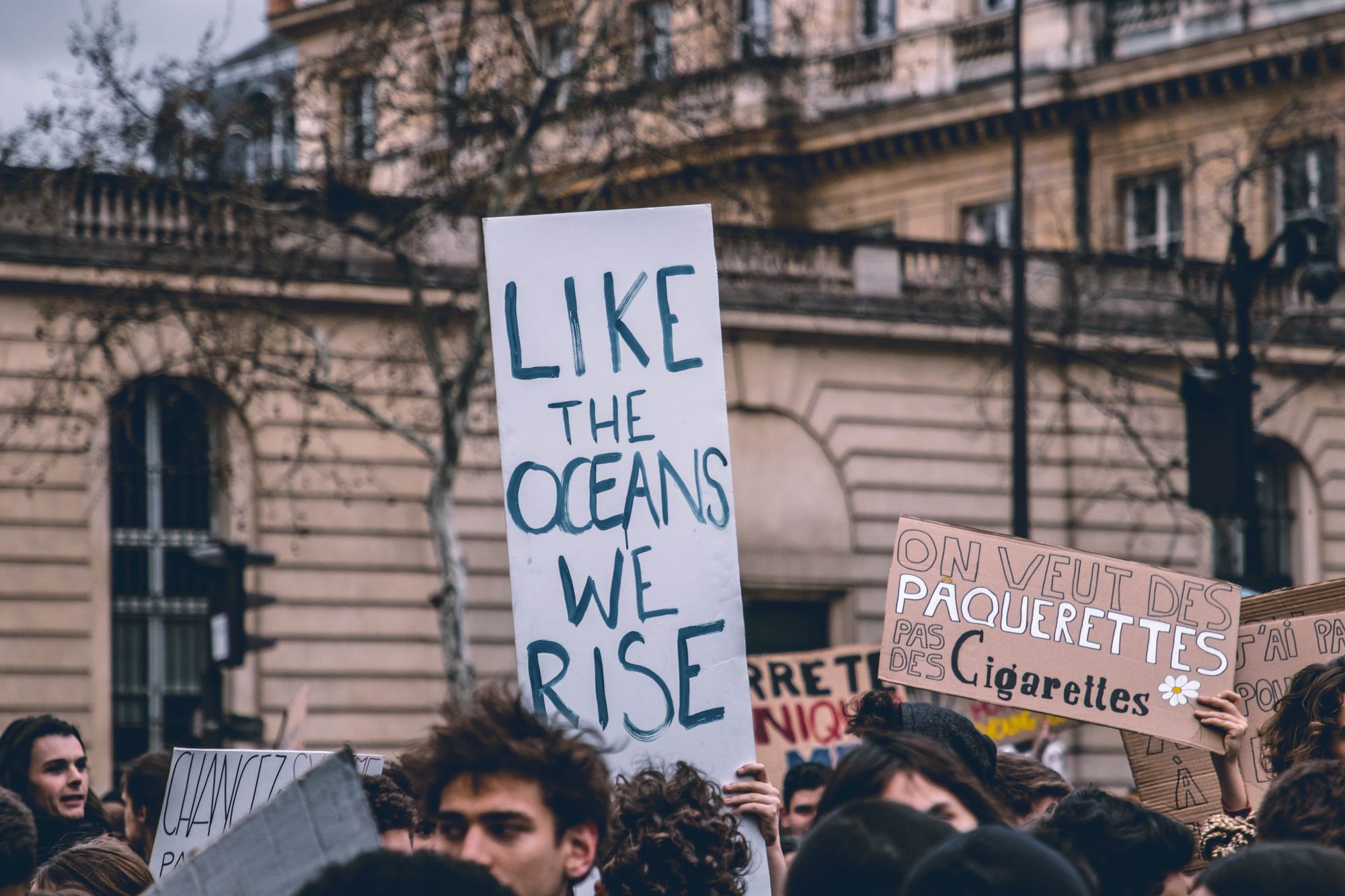 The concept of ‘resilience’ has been applied to everything from political discourse to corporate-speak, psychological wellness to development finance jargon. As the world heats up, however, climate resilience in particular has emerged as a dominant theme in emerging markets and an overarching priority in harmonizing development efforts and enabling economic growth. But for the digital finance and commerce (DFC) ecosystem in particular, what does resilience mean, and does it bring any substantive value beyond being just another trendy term?

First, a working definition: resilience refers to the capability of systems or communities to ‘bounce back’ - that is, to not only recover after external shocks (e.g. natural disasters), but to adapt to changing environmental conditions going forward from those shocks.

A principal reason resilience is important to DFC is because it answers many questions about the normative value of financial inclusion better than… well, financial inclusion itself. Plagued by concerns that well-meaning westerners may ‘push’ financial products in the Global South that are not only ill-adapted but sometimes even potentially predatory, reflective market watchers and players are constantly looking for holistic ways to ensure they “do no harm” while simultaneously zeroing in on sector-specific ‘impact pathway’ metrics like usage.

Establishing the case for positive impacts has spawned such a dizzying multitude of statistics, each narrowly defined and painstakingly extracted from a research team’s specific country or scenario, that it becomes challenging to accurately compare progress across different objectives. For example, while the digital finance universe talks of uptake, dormancy and financial inclusion, folks working in access to water talk of ‘improved’ sources, appropriate technologies and DALYs. Without a common language, the risk of getting siloed and missing opportunities for collaboration is aggravated by redundant or wasted funding.

In part to harmonize this impact metric Tower of Babel, language around the welfare impacts of various technologies and development foci is beginning to coalesce around resilience as the ultimate end-goal of financial inclusion - or at least a cross-cutting expression of its potential. Viewed through this lens, mobile money doesn’t just lay the foundation for access to formal savings, credit and insurance opportunities for those who currently lack such access; instead, it acts as the conduit through which financial inclusion builds individual – and collective – resilience to various shocks and stresses, including those caused or aggravated by climate change. For businesses whose brand hinges on the positive impact its products and services have on end-users, this alone is an important messaging point.

The narrative shift featuring ‘resilience’ has coincided with a growing recognition of intersectional approaches in development that is changing the way policies are written and implemented. This fateful collision of intersectionality and resilience with the increasing recognition of climate change has generated new types of funding opportunities and partnerships - in particular, scaled up investment into climate services and climate resilience.

Earlier this year, the Alliance for Inclusive Finance (AFI) and Innovations for Poverty Action released reports analyzing the role of financial inclusion in promoting climate resilience. Of the 19 countries surveyed in the AFI report, more than three quarters have explicitly linked climate change and financial inclusion in their national financial sector strategies.

Bangladesh stands out as a particular leader. After its first strategic plan (2010-2014), in which the national bank targeted inclusive lending and promoted crop insurance, Bangladesh Bank realized that its financial sector regulation efforts at greater financial inclusion had served the Bangladesh economy well and expanded the kinds and amount of financing tools available that simultaneously address financial inclusion and climate resilience.

These policy tools include lending quotas that banks need to meet in well-defined ‘green’ sectors, many with significant overlap with the DFC ecosystem: mobile-enabled home solar units, micro-lending and insurance, for example. While it is still early stages in terms of empirical evidence of the impact of such initiatives, it has become clear that climate-conscious financial regulation - including mobile money regulation - has emerged as an effective way to address the overlapping challenges of climate change and financial inclusion at the same time.

The Green Climate Fund presents a prominent example of the potential of such intersectional finance. Established under the UNFCCC as a financial mechanism to assist developing countries in climate change adaptation and mitigation practices, the fund is continually building a pipeline of projects sufficiently bankable to absorb the more than USD $10 billion mobilized at the fund’s initial capitalization in 2014.

One of the projects launched in the past year is a partnership with social impact lender Acumen Fund which aims to trickle down to at least 10 million smallholder farmers through investments totaling USD $36 million in 18-20 agribusinesses in Uganda, Ghana and Nigeria. The GCF-Acumen partnership takes a broad ecosystem-building approach to achieving resilience that sounds decidedly DFC-ish: of the three subcategories of businesses targeted for investment are ICT digital platforms and “Innovative Financial Services” which facilitate “innovative payment, credit and insurance solution providers to farmers at scale:”

In order to build climate resilience…[we intend to invest] in platform businesses that act as a channel through which multiple services can be delivered to the farmer. Not only are these businesses more impactful due to multiple service delivery but are also financially more resilient compared to single product/service businesses. Acumen Resilient Agriculture Fund 2018

The recognition that there are a multitude of impact pathways towards resilience is grounded in research demonstrating the behavioral changes that result in green finance initiatives - some intuitive, some more unexpected. Crop insurance, though struggling to reach scale for the most climate-vulnerable farmers around the world, has been demonstrated to nudge farmers to engage in investments and behaviors that increase farm productivity, with 23 unique behavioral interventions for financial services providers released in a report last month.

The fruit of such initiatives will look different around the world: in India, Three Wheels United finances electric tuk-tuks that not only result in higher revenue for the drivers (via an ownership model), but address air and noise pollution by incentivizing the switch to green. BOP peer-to-peer marketplace lender Kiva has created an ‘eco-friendly’ lending category at zero interest interest for its microfinance partners incentivizing households to upgrade or retrofit to cleaner and more efficient housing and appliances.

At the same time, recent research indicates that even unconstrained credit via digital loans improve financial access and resilience, even though such credit is often used for household consumption (rather than, say, investments in business or assets). A lesson for policy-makers is that seemingly unrelated regulations can promote climate resilience: those that promote credit, facilitate access to ‘green’ assets or services, lowered import duties for selected products, preferential lending to green companies and even developing regulatory sandboxes for emerging technologies.

To make the most of the evolving opportunities in regulation and finance that define impact more holistically than ever before, one key factor has remained unchanged: the need for data. Indeed, a 2019 report by the UK’s Overseas Development Institute entitled “Intersectional approaches to vulnerability reduction and resilience-building” emphasizes that “key to understanding intersectionality is collecting the right data, including data disaggregated by sex, age and disability, which is a critical step towards making better informed decisions and allocating resources more effectively.”

The gender lens provides a clear example: despite recognition that climate change impacts men and women differently (natural disasters, for example, have been shown to render women and girls vulnerable to sexual abuse and exploitation) there is a paucity of comparable metrics that illuminate progress made in closing gender gaps in cross-cutting adaptation challenges. The only Sustainable Development Goal to include gender-disaggregated targets, for example, is SDG5 on Gender Equality, and even under this rubric only limited data sets are included, such as share of agriculture land ownership. This data demand is no less important for policy-makers than for financiers, who remain stubbornly risk-averse relative to the scope of the swelling climate crisis in developing countries.

While granular data of quality in emerging markets has presented a crippling challenge to effective planning for decades, new approaches are emerging that perhaps portend a new era ushered in by remote sensing and machine learning. Fraym, an Africa-focused big data platform, has emerged as a leader in the nascent field, offering economic and behavioral insights of populations on scales as specific as at 1km2. With clients from the development finance institutes, private financiers, large foundations and startups alike, the firm certainly confirms the appetite for such data.

The availability of accurate data gives practical teeth to regulatory directives aimed at inclusive growth. Regulations in Nigeria and Ethiopia, two of Africa’s digital finance sleeping giants, hint at a massive turning point for the digital finance ecosystem and inclusive fintech sectors built on top of it. In Nigeria, regulators are laying the groundwork for unleashing telcos' entrance into the digital finance space - while giving banks a second (and third, and fourth) chance to scale mobile money until the promised "Payment Service Bank" licenses are finally awarded.

At the same time, off-grid is going to Nigeria in a big way, after failed privatization of distribution utilities combined with an exploding PayGo energy sector finally catches regulators' attention. If the consistently strong appetite for off-grid energy products (particularly mobile-payment tied PAYGo products, presented in Lighting Global’s recent report) is any indicator, hunger for green products and green finance that promote climate resilience at the national as well as retail level will only continue to grow.

With increasingly granular data at the household level exposing the benefits of such products, regulators around the developing world should realize they have the ability to mobilize and direct new sources of capital that target ever-more specific groups of beneficiaries, including women, climate-vulnerable groups, the digitally excluded - or the intersection of all three.

Similarly, DFC players - particularly those pitching use-cases at the BOP, and particularly early stage players seeking grant or concessionary funding, can broaden their appeal (and financier base) by becoming fluent in their products’ climate intersections. They may just find themselves in a broader coalition of allies than they could have expected.

Nudging And Financial Health: A Force For Good?

Ethiopia: Time To Do Or Die?