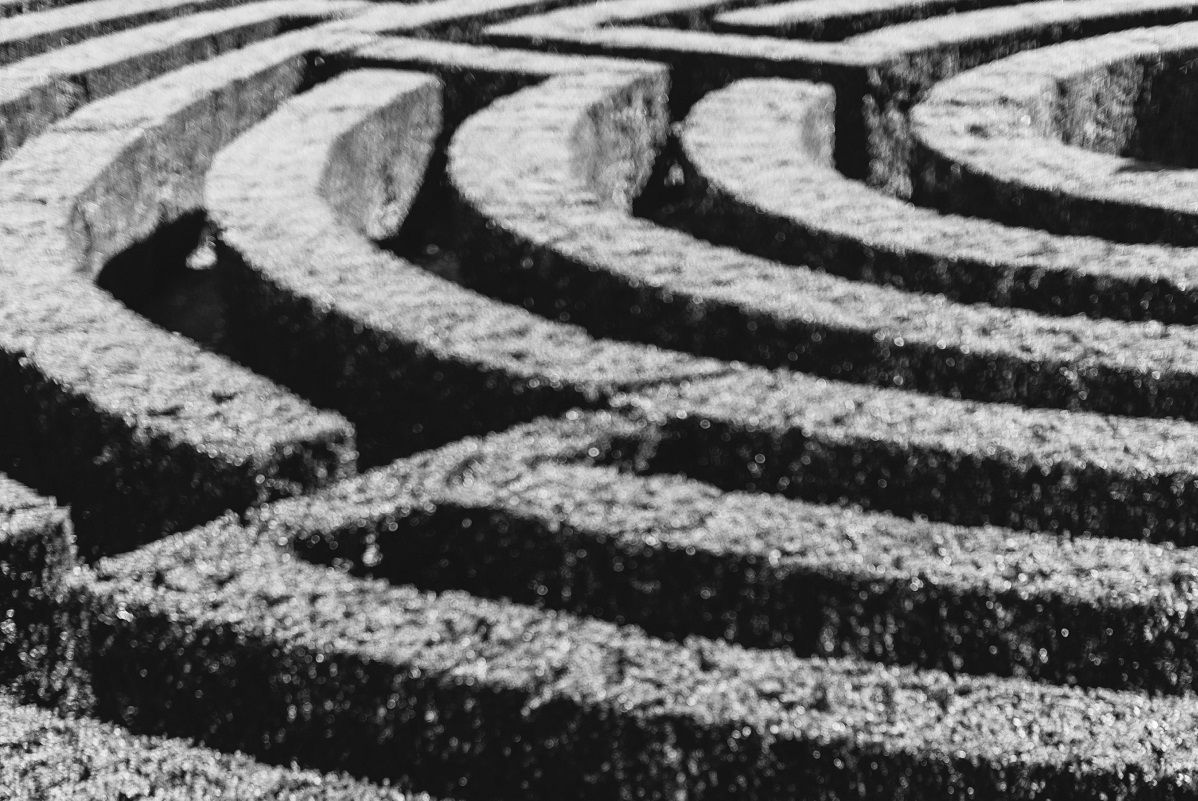 Facebook's notorious Libra melodrama over the last few months is just one example suggesting that big tech is ready to enter the world of digital finance. Apple, Google, and Amazon have also all announced upcoming partnerships or in-house developments to launch ambitious payments and banking plays, often bundled together with existing ecommerce platform features. This strategy isn't exclusive to the giants of Silicon Valley, and is becoming an increasingly common approach in emerging markets, where consolidation may soon be the only path to growth in a competitive space.

Entering payments is a natural progression for ecommerce platforms looking to capture the customer at every step of the experience. As an early example, eBay acquired PayPal in 2002 (just four years after Paypal was founded) as a consolidation play; 16 years later, eBay is shifting gears away from PayPal in favor of in-house payment intermediation via Adyen. PayPal having ownership of the payments portion of eBay's e-commerce experience made sense for a long time, but in today's market there are advantages for eBay in having a more consolidated payments solution. (Better access to customer data, improved compatibility with local payment methods, and a more seamless purchasing experience, to borrow a few.)

Meanwhile, PayPal is expanding their own footprint. Last month's acquisition of Honey potentially broadens PayPal's scope to include deal discovery and comparison shopping. Amplifying their offerings will likely improve customer acquisition, but consolidating the shopping journey under the PayPal umbrella improves conversion, too. In conversation with Mondato, PayPal LatAm CFO Lucas Medola said,

For any e-commerce company, the challenge is keeping customers within your company. If I can keep the customer in my environment, it improves their experience and reduces churn.
Lucas Medola, CFO, PayPal Latin America

Medola suggested that one of PayPal's most important KPIs is transactions per active, which measure how many transactions the average active PayPal account performed over the course of a given quarter. Q3 2019 saw 39.8 transactions per active, up 6% from the previous quarter - a sign that existing users are transacting more frequently within PayPal's network. If the company is able to create value (whether by providing e-commerce adjacent services like Honey or operating a unique marketplace like eBay) long before the checkout page, those buyers are more likely to convert via PayPal's payments service -- and that means growth.

No Kids In The Deep End

However, the consolidation of services in ecommerce carries several critical caveats which should interest any firm looking to grow. Firstly, the exact same consolidated payments service for a given e-commerce platform can succeed in a wide-open market or flop in a saturated one. Second, bigger players (and more of them) means competition is the new normal. Third, increased competition has led many players to operate at a loss in exchange for market share; None of the major players in Indian e-commerce are currently profitable, for example.

To take another example: Argentina's MercadoLibre has long been described in the United States as the eBay of Latin America. Its core business is a platform connecting sellers to registered buyers online. MercadoLibre also operates an integrated payments system called “MercadoPago”, as well as its own shipping operation known as “MercadoEnvios.” Although MercadoLibre is an Argentine company with reach throughout Latin America, Brazil dominates its revenue stream by far at 62.5%, followed by Argetina with 20.1%, Mexico at 11.7%, and the rest of Latin America comprising 4.7%. The last two months have been somewhat rockier for the company; shares fell in mid October when Amazon introduced Prime to the Brazilian market and again in early November after third quarter earnings came in below forecast. Despite these bumps, MercadoLibre has performed exceptionally well compared with other e-commerce platforms globally, even attracting a $750 million investment from PayPal. With a 72% return this year, Bloomberg says it is the best performing company in all emerging markets.

Above all, investors are now betting on MercadoPago's ability to monetize Latin America. According the the company's third quarter report, total payment transactions have increased 118.5% year-over-year, amounting to 227.0 million transactions this quarter. Although it was originally a consolidation effort to complement MercadoLibre's marketplace, MercadoPago now claims significant market share in Argentina, Brazil, and Mexico, and MercadoPago has become the leading product the company offers; as of September 2018, MercadoPago actually conducts more transactions off MercadoLibre's marketplace than on it.

Amazon, master consolidators in their own right, are wading into new e-commerce markets all over the world, though not always via consolidated offerings. While Amazon Pay is in play in the United States and India, Amazon is not leveraging it yet in Latin America or in China. However, the ecommerce ecosystem in China has already seen marketplace-payments consolidation from other players, which may be why Amazon eventually exited the market in July. Unlike Latin America, China's ecommerce and digital finance ecosystems are dominated by a few local deeply-entrenched behemoths -- arguably the most accomplished consolidators on earth.

Alibaba claims 55.9% of retail e-commerce sales in China, dwarfing its closest competitor JD.com (at 16.7%). Alibaba's Alipay is also the leader of mobile payments in China with 53% market share, though Tencent's WeChat Pay comes in at a close 40%. These two companies dominate mobile payments in China, and both are homegrown Chinese firms; their other common trait, however, is that they have both consolidated payments services to integrate with their original "core" businesses (ecommerce in the case of Alipay, and social media in the case of WeChat Pay).

Arguably, consolidation has in fact been the mechanism by which the big players in China have integrated themselves in the lives of their customers, both as the primary source of online purchases and the go-to everyday payments device (both on-line and off-). Firms like Alipay and WeChat hey have been able to shape the preferences of consumers in China by consolidating the shopping process from end-to-end, relying on innovative features like s-commerce and massive, market-commanding presences in payments-adjacent areas to keep buyers within their respective ecosystems. In a market where payments, e-commerce, and the shopping experience of the average consumer at large have been defined by a handful of superapps, it's not surprising that new entrants like Amazon and Walmart have so far failed to gain a foothold.

According to Nick Tubb, Vice President of Commercial Affairs at Ingenico ePayments, payments is the key to the castle. He said in a November interview that “Western firms absolutely need to understand that they need to offer eWallets.” He further offered that “the idea that you can go into China offering some way of paying with Visa, Mastercard, American Express or PayPal – and that those methods alone could be successful – is completely wrong.” By this logic, consolidation is the only way in - no more nibbling at the edges or picking off niche markets.

The Only Path - For Now

While the Chinese e-commerce market is dominated by just a few large companies, first place in the Indian market is still up for grabs. Competition in India is fierce: several large companies including both domestic and international are all investing heavily as they vie to capture market share in payments. Interestingly, many of them are also offering a online marketplace bundled with a mobile payments option. Paytm, Walmart's Flipkart, and Amazon are rapidly developing their marketplaces and payments offerings in tandem -- pre-consolidating offerings, so to speak.

The local contender, Paytm, started off as a payments platform for utilities, entertainment, and train tickets, but has since expanded to Paytm Payment Bank and Paytm Mall (an e-commerce platform); so rather than an online marketplace that developed its own payments, Paytm followed the narrative in reverse. Paytm's foray into e-commerce suggests that even large fintechs may need to expand their offerings to keep consumers "in the family" amid a slew of other options, each offering integrations all their own. Paytm certainly doesn't lack the firepower to compete, though; just last month, the firm raised $1 billion in its latest financing round to further develop its financial services.

The market for both payments and e-commerce is changing quickly in India. Just two years ago, Paytm was the market leader of peer-to-peer mobile paymets. Since then, several large companies have entered the payments market, including Google, Amazon, Walmart, and Facebook. Today, the leaders are Google Pay and Flipkart's PhonePe. Curiously, all leaders in this space are consolidated plays, suggesting that standalone payments providers' days could be numbered, at least in India.

Whether in Latin America, China, or India, the e-commerce and payments spaces are increasingly being occupied by the same players offering consolidated, integrated services. The aim of consolidation is to spark new customer acquisition, but also to improve conversion and "stickiness"; if a user can stay in the same ecosystem from the beginning to the end of their buying journey, the provider benefits at every step. For those markets where digital payments are still in early stages, providing a consolidated payments feature for a trusted e-commerce platform can bring more users under the brand's roof than a marketplace alone would, as it has for MercadoLibre. In more mature markets like China, not meeting local expectations for the marketplace model or offering mobile payments without an initial foothold somewhere else in the customer journey options can yield poor results. However, would-be-consolidators should beware that regulation could affect planned integrated business models. From the United States to India, lawmakers are increasingly signaling that action to break up large technology companies (or to privilege local firms) could be forthcoming. After all, competition between the big players and no on else is no real competition.

Digital Literacy: To Read And Write In Mobile