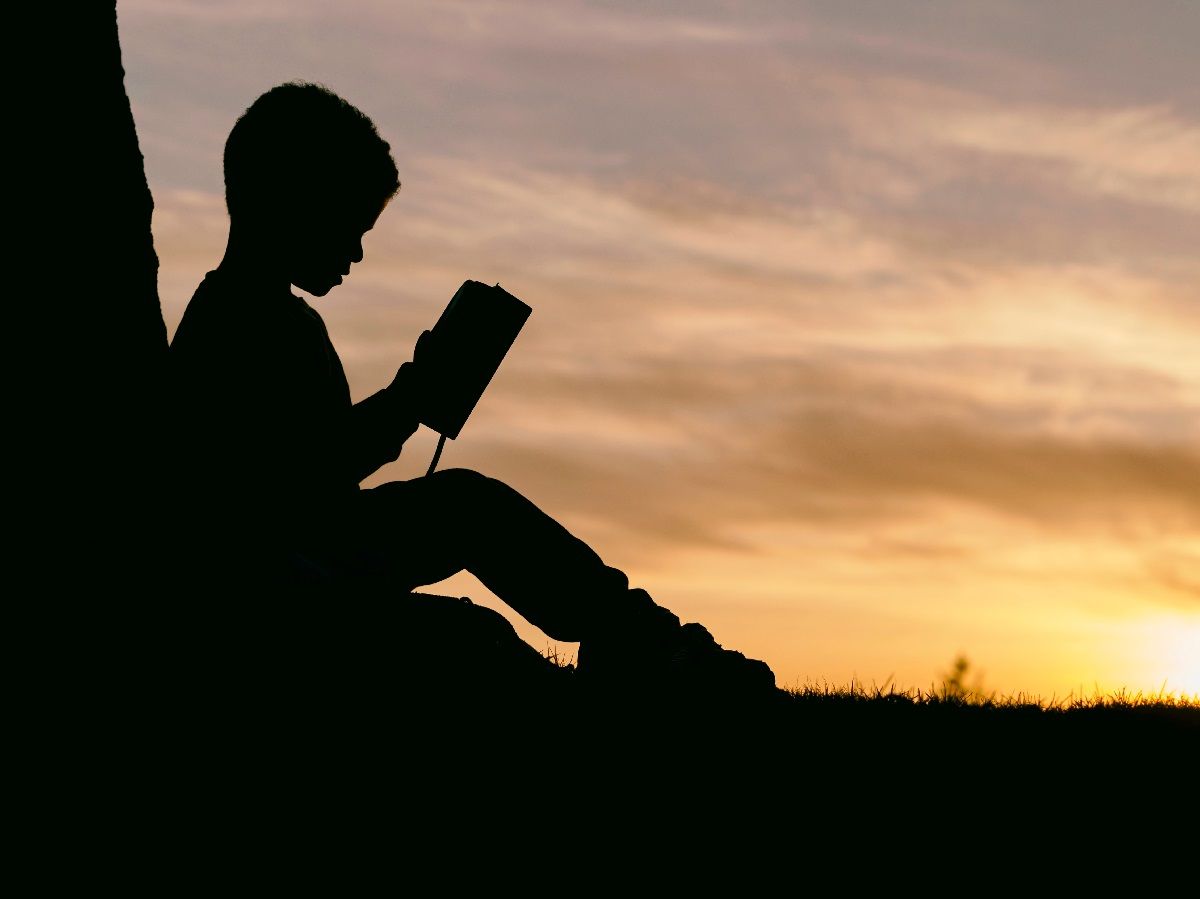 Mobile money technology allows people to receive, send, store, and spend money directly from their cell phones. There are 866 million registered mobile money accounts globally, and about $1.3 billion USD are being processed through mobile money transactions every single day. But adoption has been uneven, with reactions ranging from the enthusiastic to the tepid. Supposing that mobile money does create positive outcomes, uneven adoption is a real obstacle to financial inclusion. Some experts claim that a primary reason for poor adoption is low digital literacy, or a lack of familiarity and competence with digital tools. If adoption is in fact dependent on digital literacy, how can base-of-pyramid providers encourage better digital literacy, and for whom?

All things considered, the notion that mobile money adoption leads to better financial health (particularly at the base of the pyramid) remains up for debate. Proponents argue that mobile money technology creates new opportunities, fosters financial inclusion, and ultimately improves financial outcomes for the poor in developing nations. Ideally, mobile money would allow the poor to overcome some of the geographical and economic obstacles they typically face when it comes to saving and payments. However, such benefits become elusive when existing sociological and economic barriers come into play (as they tend to do). One of the biggest barriers to mobile money adoption specifically is digital illiteracy; it keeps consumers from trusting, getting accustomed to, and building habits around new mobile money technology.

“Digital literacy” refers to the ability to read, write, and perceive information via various digital media platforms, and "Digital Illiteracy" is a collective absence of said ability within a given community. To overcome the issue of digital illiteracy, everyone from governments, mobile money providers, and social organizations must work together to create the right technology and environments to bring less-digitally-literate users into the fold, and thereby improve financial inclusion.

The math behind mobile money adoption varies from region to region, as does the technology's impact potential within a given market. In developed markets, mobile money technology typically emerges in response to market demands where easier financial transactions are called for. In emerging markets, however, mobile money services are seen as a way to encourage financial inclusion.

Developing or lower-income countries have a vested interest in the adoption of mobile money, due to a blend of factors including: absence of formal banking infrastructure; a significant unbanked population; and the promise of emerging start-ups with a potential to reach international markets. This combination fuels demand for mobile money, which could serve as a solution for both domestic and cross-border payments needs. Mobile money enjoys a productive intersection with cross-border remittances according to the GSMA, who write, "Around the world, people are increasingly shifting to digital channels, including mobile phones. The revolution that mobile money brought for domestic payments and cash transfers is now being repeated in international transfers." Importantly, though remittances are growing in general, a greater percent of flows are going to low/middle income countries each year -- the same countries where initiatives like mobile money adoption could help shore up financial inclusion domestically. 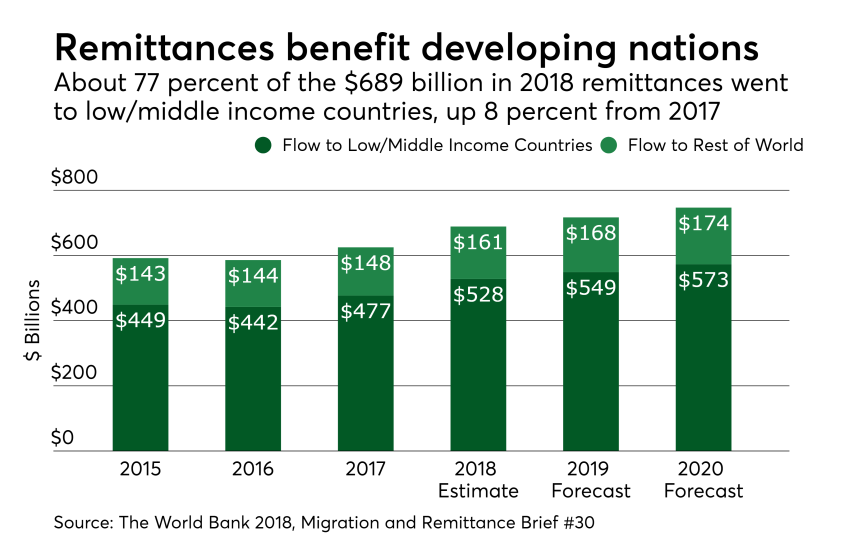 Despite mobile money's general positive reuptation and demonstrated track record (in Kenya, for instance) adoption hasn’t been easy for many lower income countries. There are often sociological, cultural, and economic factors deeply-rooted in these societies which act as hurdles to adoption. The digital literacy barrier in particular is rather difficult to to overcome because it tends to be most entrenched in small, rural villages and regions where internet penetration and educational attainment are both disproportionately low.

Consider the experience of recently launched Safe Water Network in rural Ghana, an organizations that operates based on mobile-money-enabled household meters, which are prepaid. Unfortunately, the Safe Water Network faced signifianct adoption challenges because of the digital illiteracy of their main target audience. Users generally lacked interest in the start-up because it was difficult for them to familiarize themselves with the technology to the point where an investment in the water meters felt justified.

In fact, many researchers point out that mobile money could pose a threat rather than a benefit to existing financial inclusion efforts in some nations. For instance, mobile money can reinforce traditional village life by undermining or displacing existing means of credit or lending. In addition, the introduction of mobile money can worsen fraud and corruption problems that are sometimes common in rural villages, because mobile money allows dematerialized stores of value and a new media of exchange.

Furthermore, research shows that adoption of mobile money can potentially leave poor women behind. Across India, for instance, 67 percent of men own smart phones, only 33 percent of women do. This means that many Indian women do not own the device necessary to access mobile banking, even if they're aware of the technology. Fortunately, in nations where more women do tend to own smartphones, research shows that mobile money is reshaping the gender gap in financial inclusion by allowing many women who were previously unbanked to send or receive money from the convenience of their homes. 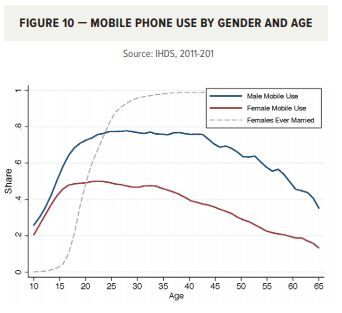 So rather than expecting that mobile money can provide a magic panacea for everyone for better financial access – women and men, rich and poor, rural and urban – it is important that developers and promoters of the technology remain cognizant of market factors which can impede adoption.

Who Tells Your Story?

To be successful, new digital products should be able to adapt to the circumstances and capabilities of their target audience. Therefore, it is important that, in addition to baking in financial literacy or other beneficial features, mobile money providers design their products to be user-friendly even to those who are digitally illiterate. In addition, all sectors have different roles to play in tackling the digital illiteracy. Providers, non-profits, and the public sector should collaborate to encourage mobile money to become mainstream, in order to achieve financial inclusion goals in their respective countries.

First, to tackle the digital literacy barriers, government and mobile money companies should seek to increase awareness about the use of mobile money and encourage people to improve their digital literacy in order to benefit from what these new technologies can offer. For instance, government can create national campaigns to increase awareness in order to grow public trust in mobile money platforms. In addition, private sector can also play an important role by partnering with social organizations and non-profits to carry out awareness campaigns and send the right messages to the public about the benefits of mobile money.

The aforementioned Safe Water Network in Ghana, for instance, teamed up with NGOs working on safe water initiatives to spread public awareness about their technology. They conducted interactive group workshops and seminars in which they taught residents how to use the meter. They also held promotional campaigns and handed out prizes to mobile money users who linked to their start-up. Though the Safe Water Network found mixed results, the example demonstrates how different sectors can pool their efforts to address digital illiteracy and help reshape the public perception of mobile money in the long run.

In countries where gender gap is a problem, like in India, government may create policies to promote universal smartphone usage in their country. Such policies can include subsidizing mobile device purchases for lower-income population, or promoting more heavy competition among device manufacturers and vendors to drive down the prices. Device access could be a game changer for financial inclusion in some nations, according to Brookings Institution scholar John Villasenor: “As mobile phones become more capable and less expensive, mobile money will drive digital inclusion in developing countries in ways that go far beyond the set of currently available transaction-focused services.”

In today’s world, it is difficult to resist the temptation of looking for technology and mobile applications as solutions to all inclusion and inequality problems. Admittedly, mobile money adoption does not provide a ‘one-size-fits-all’ solution to every existing social problem in the developing world. But low mobile money adoption rates, whether due to digital illiteracy, income disparity, or other factors, are worth addressing because they prevent mobile money from helping the very population that could potentially benefit the most from the technology.

However, these barriers can be overcome with the right national strategies and public-private partnership. First, government of developing nations should create national strategies to promote digital literacy and work with non-profits to increase awareness of new financial products and their benefits. Meanwhile, mobile money companies around the world must continuously redesign and improve their products to accommodate the specific needs of the rural poor, as well as those who are already digitally literate. It is only when mobile money services are designed with inclusive goals in mind that they can make transformative effects globally and help close the digital gaps both within emerging nations and across borders and markets of every kind.

Consolidation: The Only Path for Ecommerce?