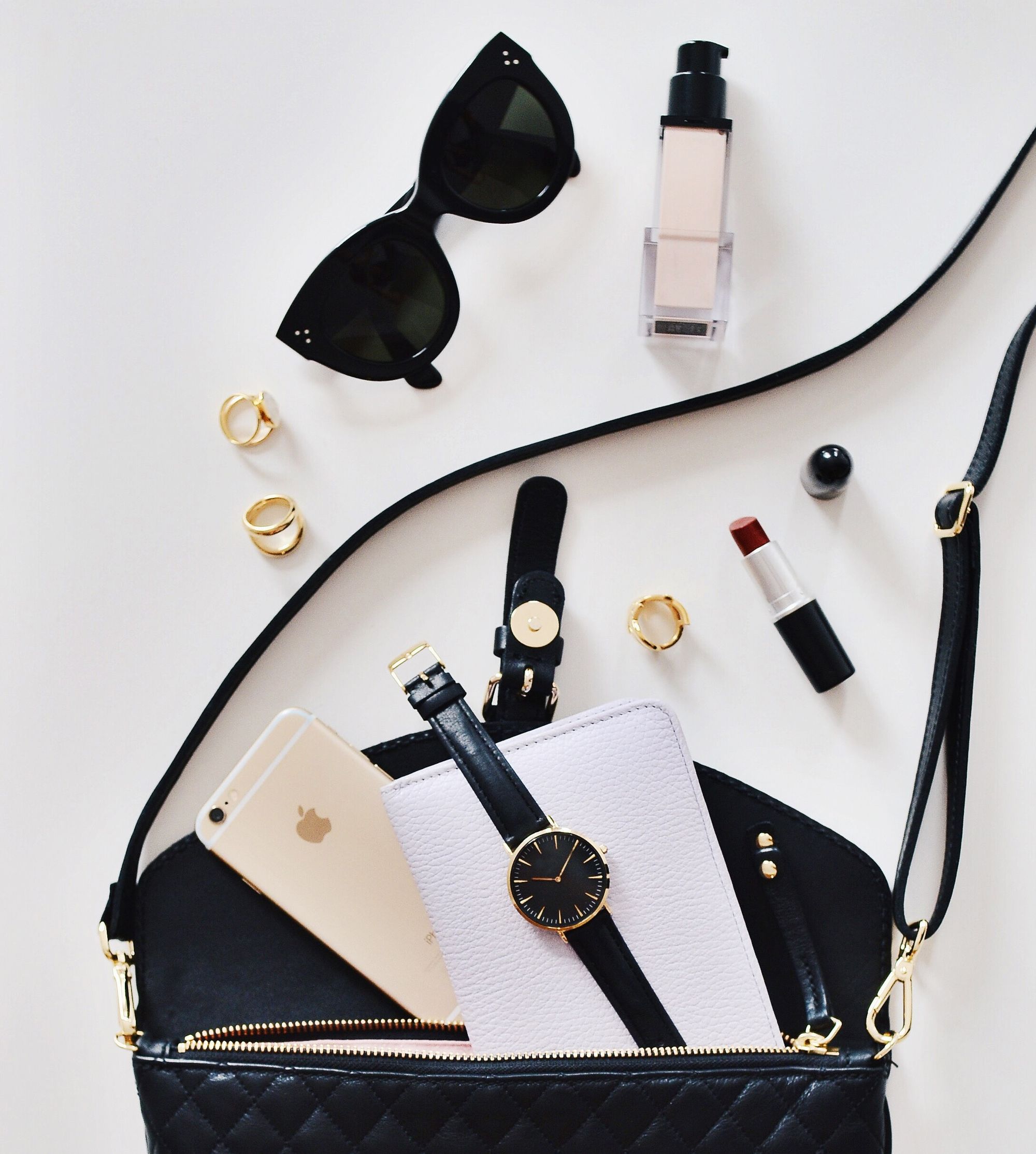 Social media’s journey towards monetization, laborious though it has been, appears to be striking pay dirt at last. Commerce has been injected into all different aspects of social over time, from the early interruption of videos with clickable ads to the later mutation of social influencers into brand ambassadors. Only recently, however, have traditional sales engines adapted to the novel terrain, and today's social media is becoming increasingly intertwined with commercial ventures. The social media and e-commerce ecosystems remain separate for now, but if unprecedented integration of the two is indeed on the horizon, that will change, taking consumer attitudes and behaviors along with it. Social could transform the traditional sales funnel altogether, making the discovery and purchase of products a seamless experience for consumers while empowering vendors to market products and services via powerful social platforms. The pressing question, then, isn’t necessarily whether the union of social and commerce will happen — it’s when, where, and how - and who will bring it about.

As Mondato examined last year, China’s unicorns have pioneered integrating brick-and-mortar retail within their “superapp” offerings online. WeChat, for instance, is home to 1 billion users who can do seemingly anything within the same platform — play games, book medical appointments, access bank accounts, and even make purchases. In effect, these superapps consolidated digital channels; so what happens when social is added to the mix? Over a year ago, Douyin (China's version of TikTok) partnered with Alibaba to allow popular accounts to embed shopping options within social video posts – the first instance of an integrated, end-to-end shopping experience on social media.

Douyin was the first social media platform to integrate the full ecommerce purchase cycle into one interface. Because customers' payment information was already stored on the app, and thanks to Alibaba's handling of the backend processing and delivery infrastructure, customers could make purchases without leaving the Douyin app. Additionally, Douyin's large user base in China was already accustomed to the integrated shopping experience via superapps. Douyin's s-commerce (s is for social) endeavors quickly proved wildly successful, with tales of individual power users making up to tens of millions of dollars in sales on shopping holidays.

As Douyin’s s-commerce operation has expanded and diversified, its capabilities have only grown more sophisticated. A recent New Yorker article described how with three clicks on Douyin, “you can buy a product featured in a video; you can book a stay at a hotel after watching a video shot there; you can take virtual tours of a city’s stores and restaurants, get coupons for those establishments, and later post geo-tagged video reviews.” In the past, such offerings were fragmented — a product or venue featured in a video may have featured an add-on link for purchase or booking through a third-party vendor. But under their new model, Douyin effectively serves as the complete social commerce eco-system for its over 250 million active daily users.

Recently, Douyin added an in-app “vision search” that allows a user to select the face or clothes of someone appearing in any short video, and then search for other videos or images where the same person or clothing appear. The search functionality itself isn’t new to Chinese app users, but unlike similar offerings on Baidu and Taobao apps, users don’t need to scan a photo to do so; the search and find is directly on the highlighted part of the social video itself.


Other Chinese social media giants are offering their own integrated social commerce platforms. Little Red Book, a platform of over 200 million users, “combines the obsessive visual layout of Instagram with the authentic user reviews of Amazon” to sell fashion and related accessories, with wanghong (or social media influencers) helping to drive sales. To get in on the action, Pinduoduo, an e-commerce platform by trade, has integrated social components into the ecommerce process, in the style of Groupon. WeChat’s Good Product Circle - an extension of its Shopping List - encourages unmatched levels of social shopping interaction between friends, allowing users to recommend products to each other and socialize on the interface. Critically, it's a growing channel; more than $413 billion in goods will be sold through social e-commerce platforms by 2022, according to Frost & Sullivan.

The West: A Generation Behind?

In the West, however, the effort to integrate commerce within social media lags. An obvious example is Douyin’s Western equivalent, TikTok. Both Douyin and TikTok are short video apps created by the Chinese company ByteDance; the former runs on firewall-compliant servers in China, while the other has been running in the U.S. for three years. Though the apps' interfaces are nearly identical, TikTok is only now incorporating advertisements into its experience. The Douyin ecosystem, on the other hand, allegedly boasts enough s-commerce potency to power up to $30 million in sales per day.

The difference might be attributed in part to Douyin’s longer videos, and the apps' drift towards (somewhat) more serious-minded content relative to TikTok. But it’s also the result of differences in consumer habits, according to some. Unlike Chinese superapp users, Western consumers are “used to shopping in a dedicated shopping experience.” This has compounded with other hurdles to produce uneven results and occasional outright failures among social media giants who have attempted to enter the ecommerce space, like Twitter, whose “buy” feature experiment ended a couple years ago amid tepid responses from both brands and buyers alike. Launched in 2014 as part of an industry push to build e-commerce features into social media, the initiative never seemed a priority for Twitter, and the “on-the-go” nature of the platform could have deterred research-oriented shoppers from utilizing it for this purpose, among other issues.

“Timing has been a huge factor for many businesses who have attempted [integrating social commerce] previously. Twitter is a platform where it makes sense, but whether Twitter is trusted enough is something to consider. Twitter’s other issue is that as a user, you are often on there for different purposes. You are also not always ‘the real you’ versus a username or handle.” – Danny Denhard, Growth Consultant, Start Growth

On the other hand, the design and use case of Pinterest would make it seemingly a natural partner in native social commerce endeavors. Though Pinterest paved the way for “social shopping” in the West and achieved traction for its non-integrated buyable pins, it’s still a forum more designed for “digital windowshopping” than actual native purchasing, with the platform struggling to develop fully integrated end-to-end commerce.

Not ones to miss out, Snapchat partnered with Shopify last year to handle the backend payment infrastructure for their own in-app end-to-end shopping channel. Instead of short-cutting ecommerce, however, it mainly offers limited-time deals to mirror the nature of the social media platform within a hard-to-find separate vertical.

Last but not least, Instagram introduced their "Checkout" feature in March of this year. Starting with over 20 brands in closed beta, Checkout is an integrated end-to-end social commerce feature, allowing customers to pay for and manage their shopping orders directly within the app. As it expands, Instagram will allow brands to integrate with platforms like Shopify and BigCommerce. Checkout keeps users’ payment information stored for future purchases, which along with Instagram's user data will shift the balance of power further from retailers to the hosting platform. At the same time, the increase in available data will make advertisers more confident in the value of their advertising and will improve consumer targeting.

Excited by the s-commerce debut of a Facebook family member, Deutsche Bank analysts estimated that the Instagram Checkout feature could add $10 billion in revenue in 2021. Just months later, those projections now seem conservative. In a recent Deutsche Bank survey, 43% of Instagram users said they were “very likely” or “somewhat likely” to purchase products using the new feature, doubling in percentage among those who have already used the feature. This comes as most Instagram users – 64% of those surveyed — still aren’t aware of the feature, which remains in its beta stage. Early indicators are promising; Kevin Weisberg, CEO of Optimad Media (a digital adtech firm) said that they are seeing a 400% increase in conversion rate when users don’t have to leave Instagram versus when users click out to a stored cart.

But for Instagram and others who are striving for an integrated end-to-end s-commerce experience, the future is as unclear as the potential is vast. Growth consultant Danny Denhard expects slow change in Western cultural habits, with adoption likely to occur first among niche markets and younger customers. Undeterred, Optimad's Weisberg is “all in” on consumer habits ultimately changing, especially as baby boomers leave the market to be replaced by digital natives. However, for the foreseeable future, it is likely social commerce will be used by smaller brands and individual influencers to push out products. Instagram won’t be where people go to buy consumer goods like Hellman’s mayonnaise, Weisberg points out, but rather niche fashion and accessory items.

So what will the union of social and e-commerce ultimately create? Social media giants may acquire or partner with smaller ecommerce ventures, or an ecommerce giant like Amazon may acquire a social media firm and transform it into a vehicle for mass social shopping. No matter what ultimately transpires,s-commerce is likely to become more viable as platforms become further attuned to consumer desires and behaviors.

“It’s going to push [advertising] to be more on a cost per acquisition basis. To put it in very broad terms, right now, you buy 1000 impressions, and it costs five dollars; whatever happens, happens. I think it’s going to be eventually, ‘hey advertisers, I will give you a dollar for every coke sold, and the rest is on you.’ It’s going to make media more responsible because you can track it through the conversion.”
Kevin Weisberg, CEO of Optimad Media

Nobody is expecting this nascent model to take over online shopping in the immediate term, but Weisberg, for one, proclaims integrated social commerce as “the future.” It's unlear what may finally spark a breakout in the West. The development of cryptocurrency and digital currencies like Libra might accelerate adoption, though recent developments cast doubt on such visions. China's Generation Z is enthusiastically embracing this new model, so it may only be a matter of time for habits to likewise change in the West, where older consumers still make up a large portion of household spending. 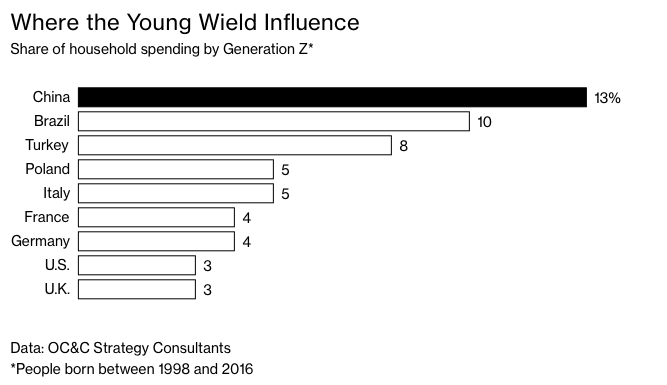 Customer habits will surely change. When a full-fledged end-to-end integrated social commerce option strikes the right formula and succeeds on a wider scale in the West — however that finally comes to be — growth consultant Denhard envisions an arms race will ensue, with players jockeying to get first position on exclusive deals and the wider market following suit. Whether the wider shift happens in two years, or five, or ten — that's the real point of separation. In any case, it's something to look forward to for buyers and sellers alike.

Digital Banking in Asia: How to Regulate a Revolution