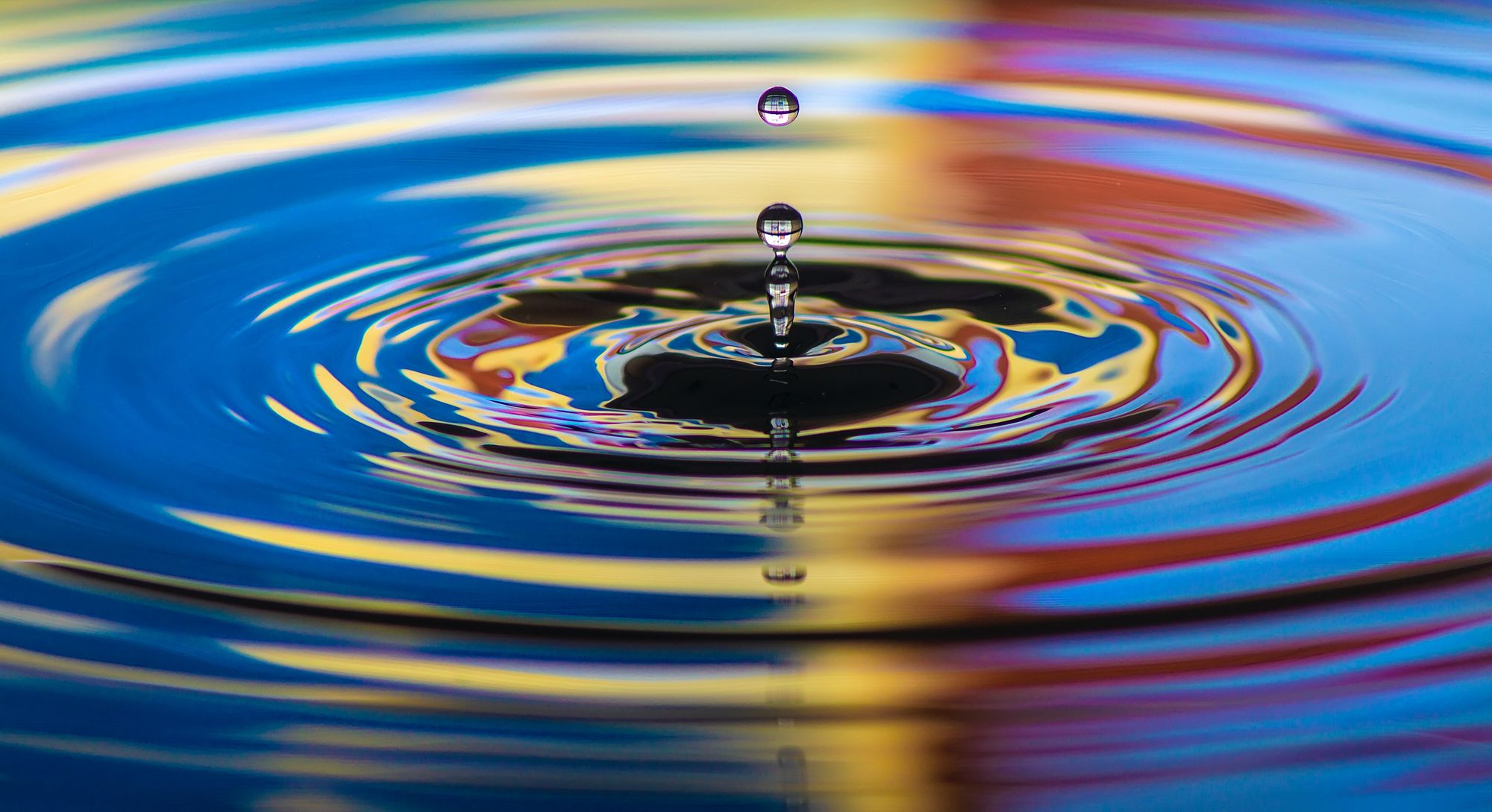 Weeks after FTX’s monumental collapse, the aftershocks continue as investors, regulators and companies take stock of what this all means. Even among those that weren’t directly impacted by FTX’s collapse, African crypto companies are in the short-term dealing with a crisis of confidence among consumers and investors. Yet FTX’s collapse and its impact on emerging markets couldn’t prove more timely: for months already mired in the so-called “crypto winter,” stakeholders are signaling now is finally the time for reform among regulators and companies alike to overhaul the industry and company practices. The reforms already under way signal a new chapter in crypto’s progress in Africa: as one where the industry is no longer defined by a slew of scams and schemes, but transparency — in essence, what reformers have long called for.

FTX and Alameda Research’s tentacles spread far especially in African markets, where it was setting up offices and throwing money at promising crypto startups across the continent. FTX possessed 100,000 African customers, many of whom lost everything in FTX’s implosion. Yet while cases like Nestcoin — which saw layoffs as a result of holding their assets on FTX’s exchange — hit the African market, what is more surprising is how relatively unscathed the African crypto market has been, all things considered. So far, the contagion has remained pretty contained within those who held assets on FTX’s exchange. 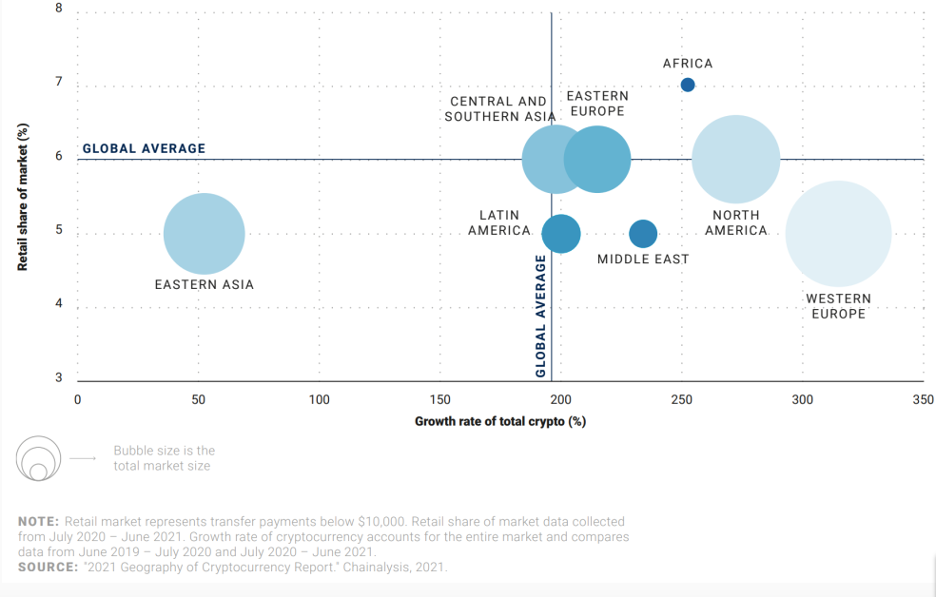 That is not to say this is a pleasant time to be involved in crypto in Africa. Christian Duffus is the founder and CEO of Fonbnk, an African-centered startup that enables typically unbanked users on the continent to exchange their prepaid mobile airtime for crypto. And while he joins the chorus of many in the African crypto community who views the FTX disaster because of improper management of a centralized exchange — far from a condemnation of a decentralized blockchain — the damage to the industry’s perception on the continent is significant.

“The trust factor that drives mainstream adoption, that might be eroded in markets like the continent of Africa in the short term. I think FTX will probably put a lot of broader crypto adoption back by a number of years.”
Christian Duffus, Founder and CEO, Fonbnk

Taking aside those affected more directly by FTX, like Chipper Cash — which was forced to lay off employees as well after its additional funding of $35 million from FTX fell through — the already-difficult economic conditions were impacting the operations of African crypto companies like Nigeria’s crypto exchange Quidax, which recently announced a layoff of 20% of its employees. After months of plummeting cryptocurrency values, once-enthusiastic adoption in countries like Nigeria will see a dip among consumers bitten by FTX’s recklessness.

But for those clamoring to call this a “Lehman moment” ushering in an industry-wide collapse as the contagion penetrates all layers of the crypto industry in Africa and elsewhere, it simply hasn’t happened. The markets themselves aren’t threatened — it’s the (at times misplaced) confidence in the asset class that is.

“I think, frankly, it's more a confidence point, right? It's about how confident are people to trade into this asset class.”
Udayan Goyal, Co-Founder and Managing Partner, Apis Partners

An Internal Diagnosis For Lay People

Restoring confidence in African crypto markets will require effort from both the private and public sector. Among crypto firms, the scramble in the region largely deals with (1) assuring investors and customers that operations are unaffected, and reserves are secure, and (2) discussing or initiating efforts to provide greater transparency. South Africa-based VALR, Africa’s largest crypto exchange, received $50 million in its latest funding round from, among others, Alameda Research. Yet according to CEO Farzam Ehsani, the exchange has been unaffected by the “shocking” developments, with all VALR’s assets fully backed in reserves and with none of its own assets held on FTX’s exchange. Addressing the FTX developments in the immediate sense has been a communications task more than anything.

Yet considering these developments in the medium and long-term, the focus within the industry in Africa lies squarely with providing greater transparency measures like proof of reserves so users can verify that their assets are safe and unleveraged. At VALR, discussions revolve around the proper way to “bridge the asymmetric information gap” inherent between customers and exchanges. Yet figuring out the proper methods and tools to unveil the curtain behind such an incredibly complex and technical infrastructure as a cryptocurrency exchange isn’t easy; what does disclosure look like — as the underlying data in its entirety, or subsets most pertinent and easily digestible? Do they use cryptographic protocol to provide that information?

As Ehsani points out, disclosure of cryptographic proofs such as a Merkle Tree can only do so much when so few people really understand the technicalities of a Merkle Tree or what a Merkle Tree even is, let alone possess the proper software often needed to independently verify. While the tenets of a distributed ledger may by itself be ideally “trustless,” custodial agents like a crypto exchange firm require a layer of trust requirement that can’t be avoided, no matter how much data is disclosed.

“You're trying to tell [customers], ‘oh, here is a Merkle tree.’ Yet you can still easily bamboozle someone if you want to. These are [disclosures] that we still haven't made a decision about. But regardless of our final decision of doing the very most regarding complete exposure, it will still require trust for people to say, ‘Okay, I believe that there isn't anything that I'm missing here.’”
Farzam Ehsani, Co-Founder and CEO, VALR

Some of the early instances of exchanges releasing audited proof of reserves has already raised some eyebrows. Most recently and significantly, the proof of reserves audit released by Binance was lambasted by a former SEC regulator as the definition of a “red flag."

Binance’s “proof of reserve” report doesn’t address effectiveness of internal financial controls, doesn’t express an opinion or assurance conclusion and doesn’t vouch for the numbers. I worked at SEC Enforcement for 18+ yrs. This is how I define “red flag. https://t.co/6oEqmArjS9

While enhanced transparency becomes a primary goal within crypto firms in emerging markets, the domino that will truly fall is a long-overdue regulatory apparatus. With few exceptions, little has been done in Africa to actually regulate cryptocurrencies as securities. Following crypto scam after crypto ponzi scheme, those involved in Africa’s crypto sector believe FTX’s implosion will be the final nail in the coffin of crypto as a largely unregulated asset class — with such a development overall a clear positive in the long run.

“Investors in general are probably going to pull back until the landscape is clear. And once the regulatory landscape is clear, I see a lot of investment coming into this space. Because then I think there's a backbone to the industry underpinned by strong regulation, which essentially will create the [consumer financial protection] offerings.”
Udayan Goyal, Co-Founder and Managing Partner, Apis Partners

Already, some of the necessary regulatory regimes are beginning to take shape. While likely already in the works before the FTX news, South Africa — at the vanguard of Africa’s regulatory regimes — just recently announced that it will begin considering crypto exchanges as “accountable institutions” subject to the same reporting requirements as banks. This follows an earlier October announcement that the country will classify cryptocurrency assets as financial products. As head of the leading cryptocurrency exchange in South Africa, VALR’s Ehsani welcomes these developments. 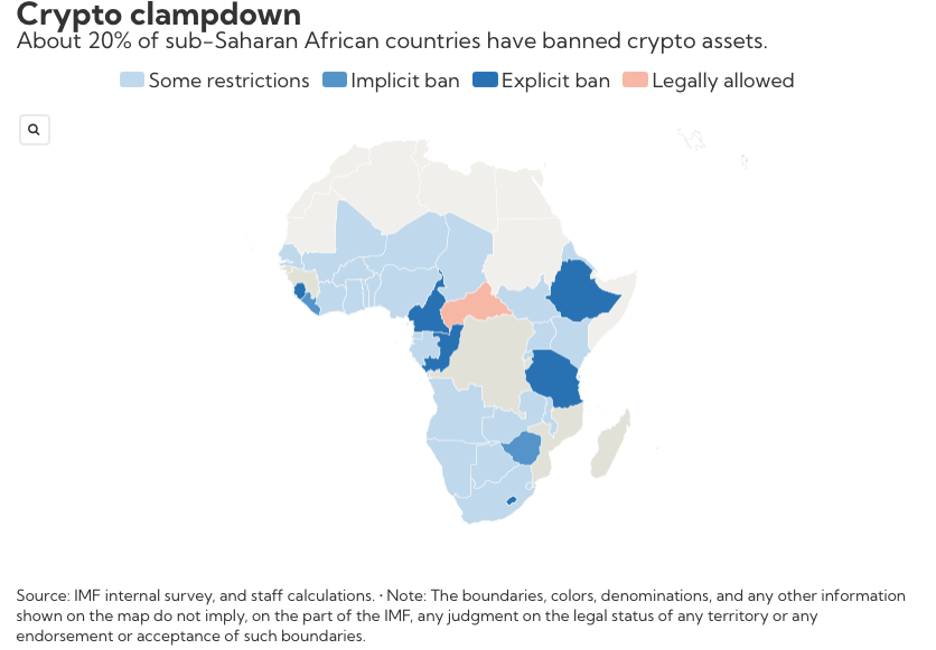 Yet while Apis’ Goyal — a cautious investor who has avoided investing in pure crypto plays — views such potential developments as an irrefutable positive, crypto firms across the continent are treading more carefully in countries where the regulatory apparatus has been antagonistic or hesitant. It’s unlikely countries will change direction altogether as a result of FTX — it will simply accelerate regulatory timetables. Those at the vanguard such as South Africa will press onwards, while crypto-sceptic regimes may harden their stances. Yet especially if and when the U.S. and E.U. begins to regulate cryptocurrencies as a securities class, it’s likely the emerging markets in the middle will follow suit. In effect, FTX only hastens what has been a long time coming.

Finding Trust In A Trustless Place

It’s crucial to keep in mind that the FTX drama had nothing to do with the underlying premise or infrastructure of cryptocurrency or blockchain — merely how an unregulated industry subsequently developed on top of them. While crypto firms weather withdrawals and slowed adoption, the durability of the protocols alongside accelerating regulatory regimes strengthen the belief in the underlying technology among crypto entrepreneurs in the continent like VALR’s Ehsani and Fonbnk’s Duffus.

“You look at some of the lending protocols and liquidity market maker protocols: they are still intact — they worked.”
Christian Duffus, Founder and CEO, Fonbnk

If anything, the icy climate, and regulations forthcoming in the coming months will do much to rid the industry of malevolent actors operating in what Duffus calls “the crypto DeFi circular economy.

Though protocols have proven durable, creating a safe, trusted industry with clear use cases is the messy matter to resolve. What that really means in an African context is fraught with questions defined both by the regulatory regimes soon to follow as well as the philosophy extolled by the given company or user. There will likely be a greater push for truly decentralized finance among purists in the industry – yet the fact remains that in order to become a legitimately mainstream industry with real-world use cases, a layer of trusted third-party intermediaries is a necessity in a large portion of the sector.

“In my lifetime, there is no way that all human beings are going to fully understand what a private key is, or how to safeguard that private key. Some people will want to delegate that responsibility to a trusted third party. VALR is being built with that in mind. Verify as much as you can? Absolutely, you have to. If you don't trust us, don't use us. Period. But our view and our business model is that there will be many people that will want to find an institution that is trustworthy.”
Farzam Ehsani, Co-Founder and CEO, VALR

And so as the technology premised on “trustless” transactions must develop internal and external reporting requirements to operate, the “trust” dynamic proves to not really deviate from any other financial industry. These in-the-moment difficult developments don’t signal a premature death, but a long-overdue restructuring that will finally facilitate the conditions for mainstream acceptance and usage to become a real possibility — certainly not in weeks or months, but in the future nonetheless. Since the beginning of the year, Mondato Insight has said only internal and regulatory reforms can restore the trust crypto has lost since its precipitous decline in the months preceding FTX’s collapse. If it requires something fantastical to truly usher such reforms into existence, the overnight disappearance of a $32 billion personal fortune certainly qualifies.

Fintech 2023: Looking Back To Look Forward