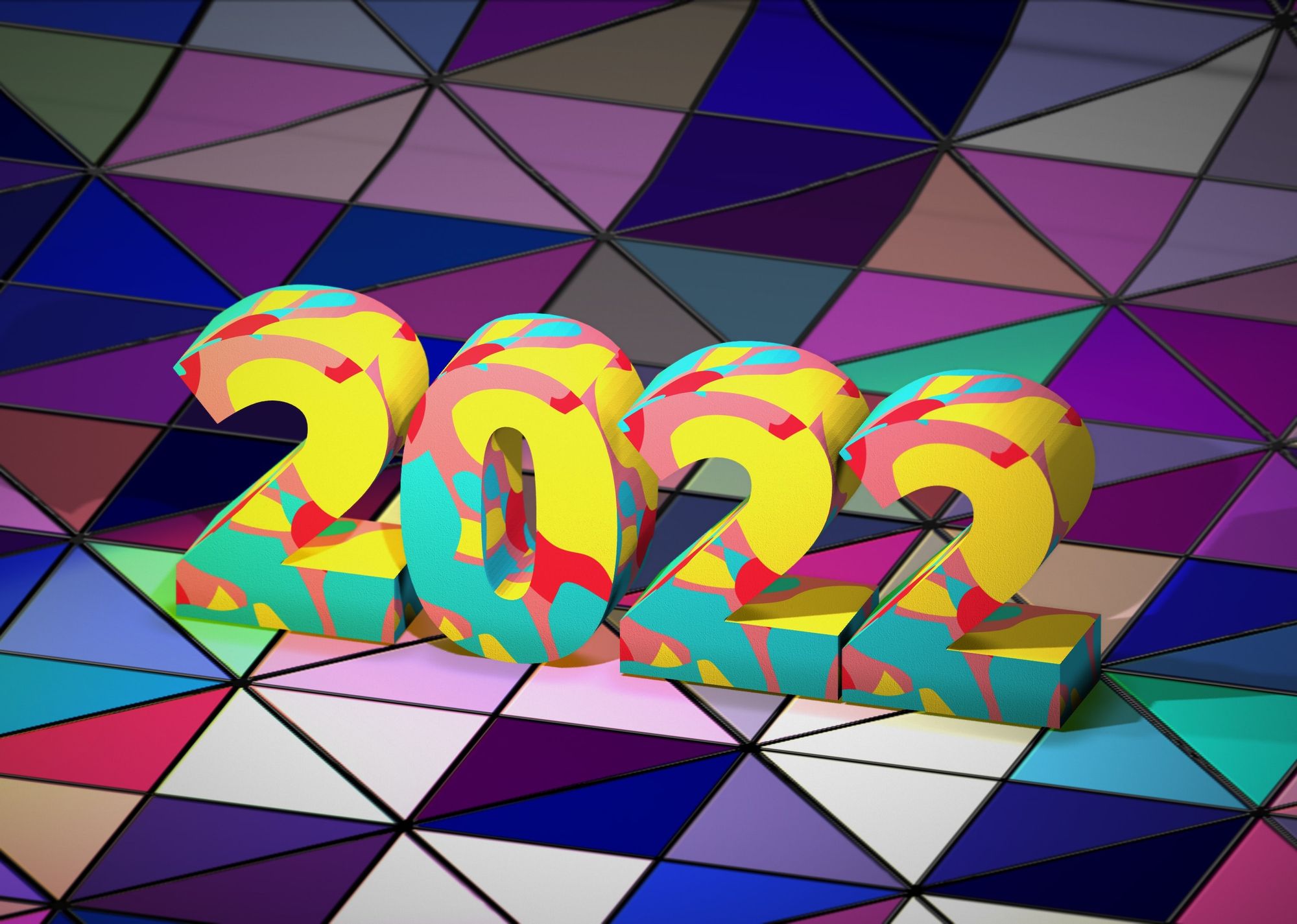 In the first two years of the COVID pandemic, “acceleration” was the overused buzzword for what lockdowns and safety protocols engendered regarding the deployment and adoption of financial technologies. This acceleration, coupled with flush stimulus funding, led to an overheated market that produced mind-boggling valuations and funding rounds that were bound to come down to earth, the narrative went, including at Mondato Insight last year. In 2022, that indeed happened — and some. 2022 could be best described as “part 2” to fintech’s COVID saga. Just as the ramifications of 2020 and 2021 — and in particular the declining economic environment — reared its ugly head at times this year, what comes next will likewise be a progression of trends dictated both by industry maturation and evolving economic conditions. If 2022 was “part 2” of the COVID saga, then it is likely 2023 will be the next chapter of that “part 2.”

How Our Predictions Did

To best understand 2022, it might be instructive to look back at how the year unfolded versus how we expected it to. In last year’s retrospective and preview, Mondato Insight offered a few predictions for 2022 — some that proved prescient, others less so.

As the 2022 Q3 report details, the 62% drop in fintech funding outstripped the 46% drop in VC funding among all sectors. Yet rather than investors latching on to industry leaders and hedging away from early-stage startups, it was later-stage companies that saw the biggest funding hit. While the average seed round saw an increase in ticket size and Series A funding rounds witnessed only a slight dip, Series B and especially Series C or later rounds saw the most significant drops.

Such imbalances are in part explained by the plummeting investments from leading VCs like Tiger Global, Sequoia, Lightspeed Ventures and Global Founders, each of whom saw more than an 80% reduction in investments in 2022 compared to the year before. Yet these VCs were some of the worst offenders in 2021 in valuing companies many times more than what their actual revenue streams looked like — valuations that largely haven’t panned out.

The disparity between the change in fortune between earlier and later-stage rounds, however, portends to where 2022 went in an unexpected path. 2022 didn’t see the kind of consolidation that Mondato expected, with acquisitions seeing a decline relative to 2021, although these levels remain elevated compared to the pre-2020 environment. If anything, investors proved themselves still open to funding emerging startups that may break through. 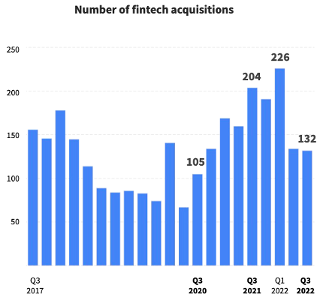 It’s better to understand the predicted trend of consolidation as simply happening slower, or with delay — a later domino to fall in the turbulent markets fintech remains embroiled in. Considering the lengthy amount of time industry insiders have expected consolidation to happen, it’s best to understand market consolidation as a step in maturation that fintech simply hasn’t yet reached. Considering the likelihood for recession next year, more implosions to come will certainly reshuffle the deck at the least, if not increasing pressure to consolidate. But it’s a process to unfold over time.

Along with winter, regulations are coming. Grant us some humility, however, in not prophesying a complete apparatus to appear within the next 12 months. Having said that, regulations are more likely to come in quick succession than say a fintech market consolidation. Many of the regulators are in a wait-and-see approach to follow what banking leaders like the U.S. and the E.U. do. If the U.S. finally begins to regulate crypto as a securities class, for example, it’s expected that many countries in the middle will fall in line as they wish for their own banks to remain internationally compliant.

In summary, the conditions to spur reform are now firmly in place. Governments may not be as fast-moving as 2021-Mondato Insight naïvely expected, but they will move — and 2023 is a great bet for when a lot of that change will take place.

Yet while emerging markets did not necessarily become some safe haven for investments, this past year has shown evidence of a trend towards more sophisticated products taking root. As Mondato Insight detailed this year, instant payments have taken off in an increasing amount of jurisdictions, leading to noted success stories like Pix in Brazil. And in places like Africa, signs emerged of a new stage of development in leading markets. In October, Mondato Insight reported on the evolving role of mobile money agent networks as cash-in-cash-out (CICO) becomes less of a moneymaker for agents — principally because customers find the use cases for mobile wallets multiplying. While governments may now prioritize getting basic food to their populace over investing in telco infrastructure, the products and ecosystems of emerging markets have certainly experienced much of the development we hoped, with ecosystems able to evolve with the changing demands of a difficult economic outlook. 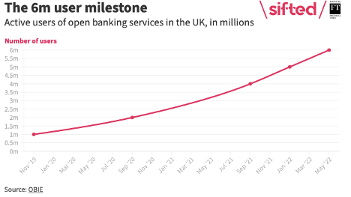 While adoption in the E.U. has been positive — if not uniform — this year also brought the incredible success of Brazil’s Pix, which facilitates open banking, and India’s open banking system continues to flourish and develop.

In its early years, the hitch against open banking is that it hasn’t enjoyed rapid adoption and usage expected of a protocol that clearly favors customers by enabling choice and improved market efficiencies, owing to either poorly designed systems or a lack of understanding among the public. Yet the success this year found in a place like Brazil shows that what the sector really needs to take off is a solution to market shortcomings — combined with public education campaigns. Fulfilling these requirements, Brazil’s system took off almost immediately. The positive trends will certainly continue in 2023 — and likely accelerate in the coming years as regimes have more successful templates to follow in designing, tweaking and implementing their own open banking frameworks.

Lessons To Be Learned

In spite of all the turmoil the fintech sector saw this past year, few of the macro developments were truly shocking. The crypto winter wasn’t. Investment taking a nosedive wasn’t. Neither were the positive steps seen in creating more sophisticated ecosystems in emerging markets or the adoption of open banking in established jurisdictions. What proved most uncertain — and still does — is the timing of when these things happen.

As economies prepare to likely enter economic downturns or recessions, it’s important to keep this in perspective. As a snapshot of time, the coming months will likely be hard for the industry in the aggregate as funding remains hard to come by and individuals have less money to spend. But despite the turmoil, 2022 allowed fintech to prove itself capable of answering two vital questions.

The first question — whether COVID-induced adoption would continue even once lockdowns ended — has been answered with adoption rates largely remaining steady. In a Plaid survey of over 4,000 adults in the U.S. and U.K., there was a drop-off of fintech usage among consumers, from 88% in June 2021 to 80% in June 2022. Yet the decline was almost exclusively found among Baby Boomers (79% to 54%), who returned to paying bills and managing accounts in person. Otherwise, a snap back to pre-2020 adoption didn’t occur — and among younger demographics, adoption rates continued to grow.

The second question, which has persisted since the initial shock of March 2020, is whether fintech can handle an economic downturn. And make no mistake — this past year revealed plenty of disasters and unsolved issues in areas like cybersecurity. But earlier worries like whether a financial downturn may spell disaster in areas like digital lending have mostly not come to pass. The business models may not be finished products entirely, but the foundations have held up.

In spite of the poor climate likely to come in the coming months, the need for digital financial tools that help people save will only grow. So will people’s comfort using these tools. So will enabling regulation. So will innovation under pressure that best serves the needs of the moment.

And in this moment, may we at Mondato Insight wish you a happy new year.

Is Financial Literacy the Missing Piece to African Insurtech?