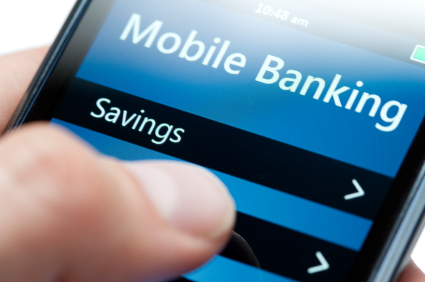 Underbanked is usually associated with underdeveloped. But limited access to traditional banking services has also proven a challenge in developed economies such as the United States, and mobile financial services providers are increasingly introducing services targeting this large, growing and often forgotten market segment.

According to a 2012 report from the Federal Deposit Insurance Corporation (FDIC), both underbanked and unbanked households are on the rise in the United States (see sidebar for the difference between unbanked and underbanked), collectively comprising 28.3 percent of households, the majority of which are low-income.[1, page 4] In contrast to other developed countries, the U.S. stands out starkly for the proportion of its poorest residents who lack access to formal financial institutions. In the United Kingdom and Australia, for instance, only three percent of low-income households lack a bank account, and only about 9 percent of low-income Canadians are unbanked.[2]

The Cost of Being Unbanked

Lacking basic financial services can be expensive. Without a bank account, consumers must resort to expensive alternative financial services, such as payday loans, check cashers, rent-to-own services, money orders or pawn shops.[3, page 4] Using these services, low-income families often pay exorbitant fees simply to access their own funds, according to Sybongile Cook, Program Manager of Bank on DC, a collaborative initiative that aims to provide access to financial services to unbanked and underbanked households in DC.

But despite the cost of being unbanked, there are often huge barriers to entering the formal financial sector, particularly for individuals with no financial record. According to the FDIC report, the majority of all unbanked households do not have an account because they believe they lack enough money to warrant setting up an account (32.7 percent), or they do not need or want an account (21 percent). Other reasons cited include the inability to open accounts due to ID, credit or minimum balance requirements, as well as distrust of formal financial institutions.[4, page 27]

According to Cook, there is often a lack of brick-and-mortar bank branches in underserved communities, so people tend to gravitate towards more convenient alternative financial services. These communities many times also lack financial literacy and distrust banks, said Cook, so they opt to deal with the “known evil” of alternative services, rather than venture into the unknown banking system.

MFS For The American Underbanked

Underbanked populations in the US also have wide access to mobile phones (91 percent), and many have smartphones as well (57 percent), signaling a broad opportunity to offer financial services via mobile channels among this population. Mobile phone ownership rates are also high among the unbanked, with 64 percent having access to a mobile device, and 18 percent having access to a smartphone.[6]

An array of mobile financial services have already emerged to tap into this market. FlipMoney, a digital wallet app linked to a prepaid debit card, was unveiled at last year’s FinovateFall conference in NYC. The app enables users to deposit checks through their smartphones, get access to funds immediately and pay bills. However, like other prepaid cards, there are relatively high fees for activation, monthly usage, withdrawing from ATMs and bank-to-card transfer. Further, users must access the card via a smartphone app, limiting its potential reach, particularly among the unbanked.[7]

Emida Cash and Transact (CAT) mobile wallet – targets both “cash-preferred” and banked customers through a mobile-based account that can be used to pay bills, buy groceries and transfer money, among other uses. Requiring no credit checks to acquire, the wallet provides a safe alternative to carrying cash, and one that is just as convenient. [8]

Financial service giants, including American Express and PayPal, have also thrown their hats into the financial inclusion ring, offering digital services targeting underbanked and unbanked customers in the US. Through the Bluebird prepaid card, launched in late 2012 by American Express and Walmart, users can make deposits, pay bills and manage expenses from an app on their mobile phone.[9] The recently launched PayPal My Cash Card enables users to add funds to their online PayPal accounts using cash. They can then purchase goods or services via their PayPal account, whether online or through their mobile device.[10]

Despite established financial structures in the United States, lack of access to essential financial services is a large, growing, and often overlooked challenge. However, given the reach of mobile technology among underserved communities, mobile money has the potential to gain traction – providing a convenient and affordable alternative to predatory alternative financial services.