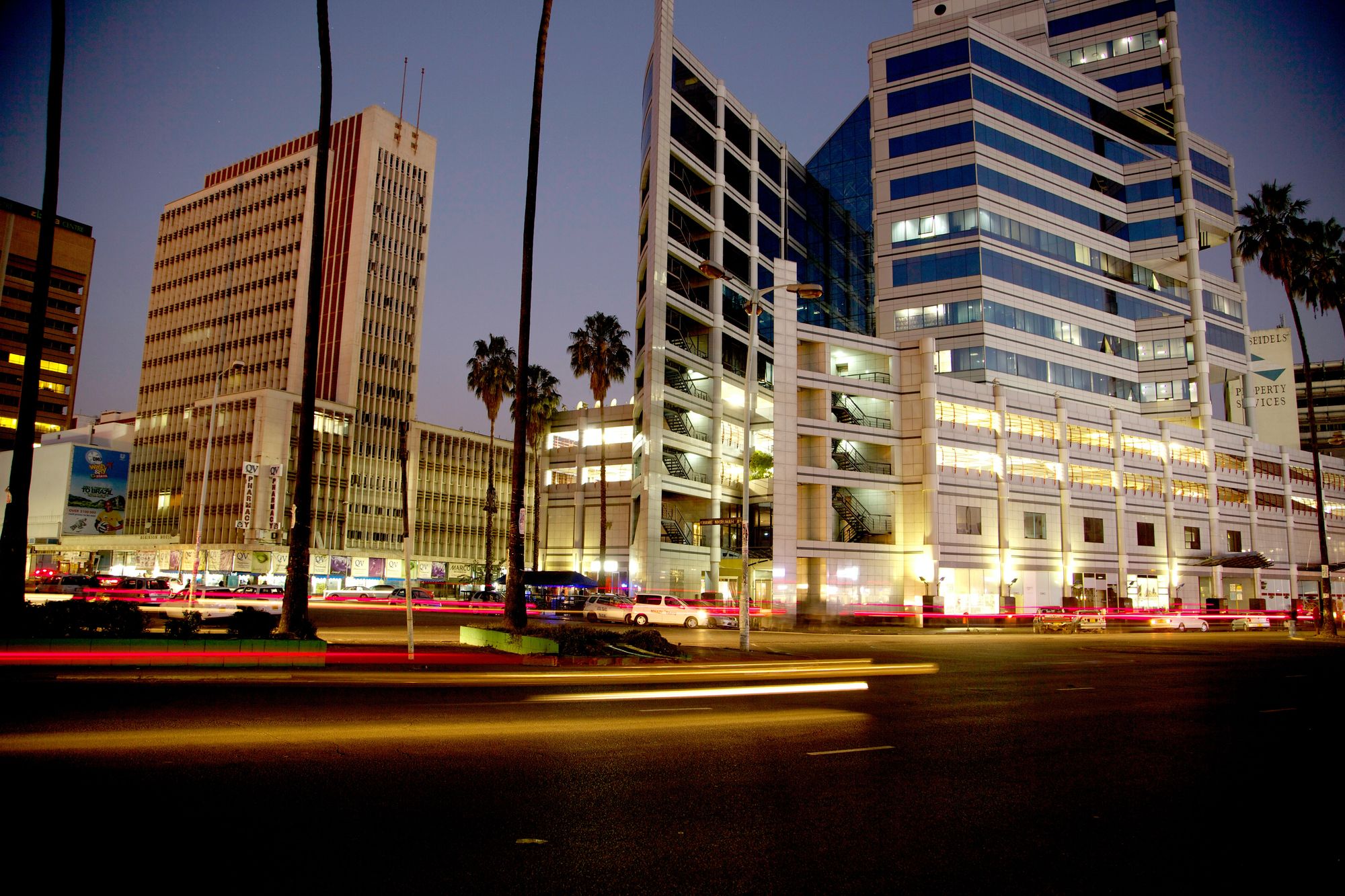 The popularity of mobile money in Zimbabwe is stifled by the government’s policies, high transaction fees and limited reach in rural areas. Add to this a largely informal economy, fast-paced dollarization and a preference for foreign currency notes, and cash still reigns. While other African countries can possess more than double the mobile money users than the number of bank accounts, in Zimbabwe, the number of active mobile money users is just 4.3 million, according to the Reserve Bank of Zimbabwe’s 2022 Monetary Policy Statement.

And yet, in spite of it all, mobile money’s ascension continues.

Mobile money has proven its critical value in a country that has hurtled from one financial crisis to another over the past 10 years. The Reserve Bank of Zimbabwe, in a recent report, detailed the breadth of mobile money’s impact on Zimbabwean households. 63% of the total population now has access to formal financial inclusion thanks to mobile wallets. About 72% of Zimbabwean households now have access to formal banking services, compared to 30% in 2014. This is no easy feat for a country battling high unemployment, worsening poverty levels and growing food insecurity owing to failed agricultural seasons — and after public trust in the formal financial sector tanked following the hyperinflation crisis of 2008.

With difficulties accessing cash from banks, Zimbabwe is “among the leaders on the continent in the use of mobile money” owing to the “pervasiveness of mobile money adoption,” noted the World Bank in May 2021. And so even while the informal economy sustains itself throughout the institutional instability, the potential for mobile money drives more Zimbabweans in the other direction — if in an uneven manner.

An Informal Tug of War

Recent surveys demonstrate this transition away from more informal means of transacting. According to a recently published Finmark study, about 81% of Zimbabwe’s informal sector traders use some form of technology, including digital point of sales instruments for payments. About 94% of the Zimbabwean SMEs surveyed rely on mobile money accounts for transactions. Nonetheless, a large proportion of payments in this crucial industry is still cash based. 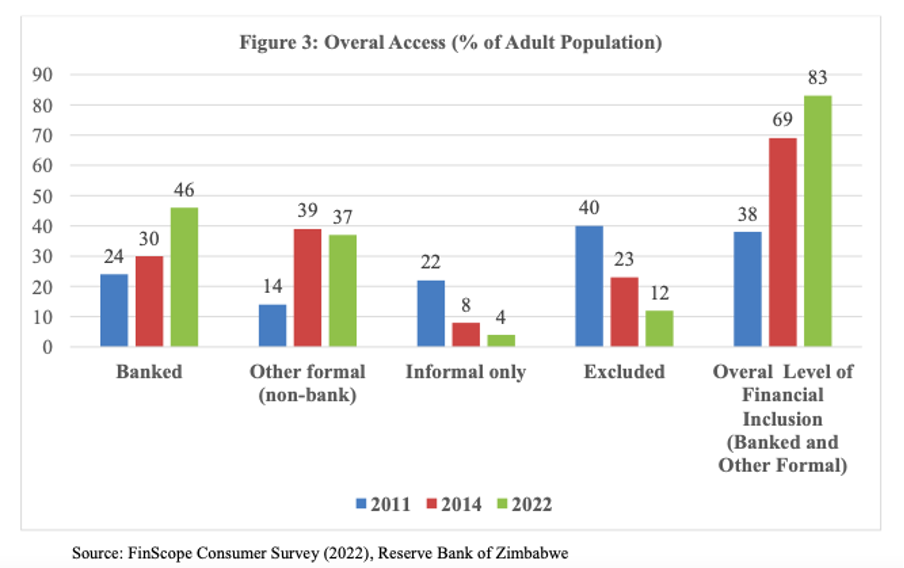 For Chiziviso Dazi, an informal trader at Harare’s biggest informal market in Mbare, mobile money is not an option for payments. She only collects payments in USD to allow her to restock her hardware supplies, mostly from South Africa. Many other traders agreed, though there were a few who said they were forced to accept payments via mobile money and card payments at a higher exchange rate when sales are low.

“Cash is what we come here for. Under normal circumstances, we don’t take mobile money or any electronic payments. The reason is that we have to restock from South Africa, and we don’t have time to then look for US Dollars to exchange for the RTGS (local currency).”
Chiziviso Dazi, informal trader in Harare

Zimbabwe’s large informal sector is mainly cash driven, and in these informal markets, only a few traders accept digital payments. As the Finscope study points out, the usage of mobile money by informal traders is limited to personal transactions by the business owners — not for business or trade purposes. The Finmark report underscores that one in three MSMEs use mobile money mainly for remittances to and from friends and relatives. High transaction fees and statutory limits on the amount of funds one can send in a week or in a month only make it more difficult for MSMEs to utilize such channels to make regular business payments.

Despite these limitations, mobile money transactions have been increasing for Zimbabwean SMEs, though they are still dominated by airtime purchases (35%), payment for goods and services (30%) as well as receiving and sending money (29% and 23% respectively), according to the Finmark report. Beyond the formal businesses such as retailers, mobile money use is still limited to the initial use cases in Zimbabwe.

The potential still exists for further integrations, partnerships and interoperability that may enable payments beyond personal transactions for the Zimbabwean informal sector. It’s not an easy task, though, considering Zimbabwe’s highly volatile currency. Basic regulatory reforms like enabling greater functionalities and easing transaction limits for US Dollar wallets could encourage use cases such as bill payments, cross-border payments and other business payments.

Beyond issues in what is regulatorily enabled, functionality issues have limited Zimbabweans’ acceptance of mobile money beyond basic features. About 74% of Zimbabwean MSMEs surveyed by Finmark expressed concerns that “sometimes the system is down,” and 70% worried about “high transaction charges/fees” for mobile money; the seamlessness and cost-saving mechanisms typically extolled for mobile money simply hasn’t translated to the Zimbabwean context. 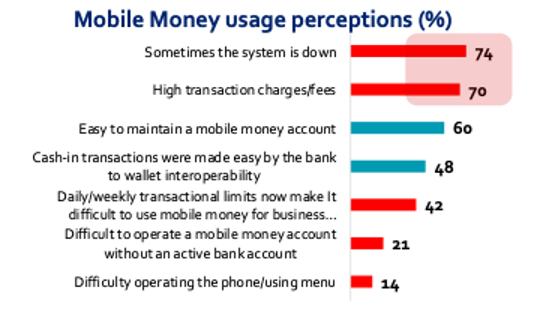 The push for integrating business payments has recently driven EcoCash, the biggest operator, to set up a Bill Manager option that “aggregates service providers and allows customers to conveniently pay their bills,” according to its half-year financials. EcoCash executives believe that Bill Manager will transform Zimbabwe’s payments space, and 200,000 customers have already signed up for it.

Yet the daily or weekly transaction limits imposed still make full-blown adoption by small businesses a tricky proposition, with about 42% of the SMEs Finmark surveyed saying this makes it difficult for them to use mobile money for their business.

It is at the large, formal retail outlets that mobile money has a strong use case because by law, the volatile Zimdollar is legal tender and shoppers have the choice to pay either in local currency or US Dollars. Many end up using digital payments — mostly mobile money.

But the popularity of mobile money for retail payments and other formal transactions in Zimbabwe has also led the government to view such success primarily as an opportunity for additional revenue. Zimbabwe’s treasury now levies a 2% tax for local currency electronic transfers under the Intermediary Money Transfer Tax (IMTT), while all domestic foreign currency transactions are taxed at 4%.

“The industry acknowledges the need for the tax by the government, but from a retail perspective, it is a burden and discourages consumers from spending more using digital payments platforms such as mobile money.”
Denford Mutashu, President, Confederation of Zimbabwe Industries

In reality, some of the digital payments at Zimbabwe’s formal retailers are a boon for currency dealers that swipe their cards in exchange for cash. USD is awash in the Zimbabwean streets as a result of remittances, informal gold miners as well as tobacco farmers earning USD.

Some of the currency dealers hawking cash at the Zimbabwean supermarkets were previously mobile money agents put out of business when cash-in cash-out functionalities were stopped for local currency mobile money transactions. They later sell USD at a premium on the streets.

USD is legal tender in Zimbabwe alongside the South African Rand and Zimbabwe’s own currency. Although the central bank has narrowed the disparities between the official and street exchange rates through tight monetary and fiscal policies — such as high interest rates and stopping payments for government suppliers — opportunities for arbitrage still exist whereby those holding local currency liquidity are still paying a premium for US Dollars.

“I am looking for 500 US Dollars at a good rate of $1:ZWL800 paying via EcoCash,” posted one currency dealer in a WhatsApp group, adding that he was paying through mobile money.

It is a trade that the government says is driving down the value of the Zimdollar currency. For this reason, the government of Zimbabwe has previously taken aim at EcoCash, accusing it of creating excess liquidity and running a Ponzi scheme, which EcoCash denied in court. Suspicions from the government were so high, though, that cash-in cash-out and bulk airtime purchases were disabled from mobile money functions.

Nonetheless, as the currency dealer explained further to Mondato Insight, the government’s actions did not bring an end to the “illegal currency dealings.”

“We source local currency float (liquidity) from those who receive payments in large sums from government and other entities holding local currency. I specialize in mobile money because the people that I deal with will be looking for speedy payments and transfers without involving the banks.”
Zimbabwean currency dealer

Upside In Spite Of The Downside

At the individual level, mobile money is mainly used to buy airtime, pay bills, payments, and domestic remittances in Zimbabwe. However, “access to credit or savings” has remained constrained, with uptake of features like Econet’s Kashaggi micro mobile loan remaining sluggish compared to bill payments or merchant payments.

In its recently published National Financial Inclusion Strategy 2022-2026, Zimbabwe’s central bank saw the opportunity for innovation in such areas to meet the needs of target groups. But this is an area requiring some self-reflection on the government’s part, as where regulatory rules have been loosened, improvements followed. Zimbabwean mobile money operators battled heavy regulatory fights to get approval for US Dollar wallets, and this has enabled better functionality compared to local currency wallets. Cash-in/ cash-out transactions are permitted for the foreign currency wallets, but they are closely monitored by the central bank, agents permitted to offer the service said.

“Business is coming up (for US Dollar cash-in cash-outs), but there is too much competition from the alternatives because the main use case is in local remittances from one city to another or sending money from one point to another.”
Zimbabwean mobile money agent

One way of promoting usage of mobile money for domestic remittances would be to lower the charges. To do so, the government also needs to lower the taxes on mobile money transactions. Lower transaction fees and lower taxes will help mop up the funds still being remitted outside formal channels such as mobile money and banking. 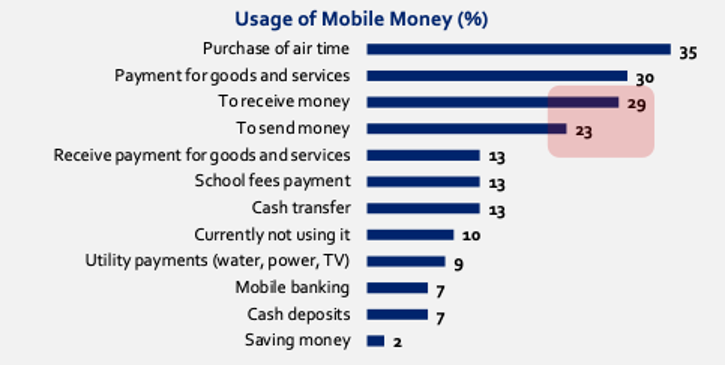 In lieu of a laissez-faire regulatory apparatus, the government is seeking to prop up mobile money and other digital finance platforms through the crafting of the National Payments System Strategy — an ambitious jump to make as the fundamentals of Zimbabwe’s mobile money system still struggles with its fair share of issues.

Whether President Mnangagwa’s government listens to industry suggestions to lower taxes and enable mobile operators to go full throttle with US Dollar mobile wallets remains to be seen. If he doesn’t, Zimbabwe will continue to see gains in mobile money uptake weighed down by instability and regulatory hurdles — which, ironically, only strengthens the informal market it seeks to clamp down on.