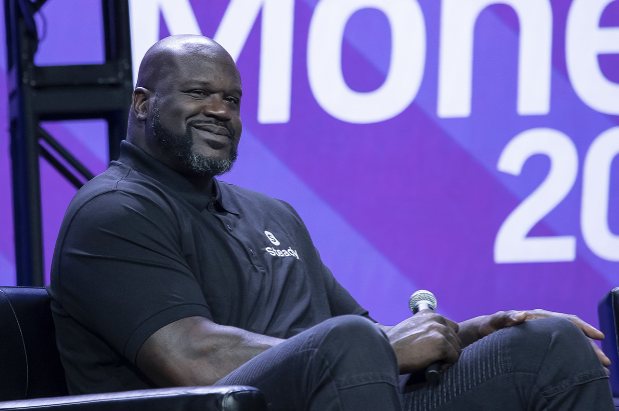 As the figurative curtains began to close on Money20/20 in Las Vegas this past Wednesday, and exhibitors were busy packing their displays and wares for the long trip home, conference attendees still plying the Sands Exhibition Hall were left to wonder whether they were privy to a money revolution underway (the event was titled, ‘The Money Revolution’), or more of a gradual evolution, whose speed and outcome is too soon to predict.

After four days of sessions dealing with seemingly every topic under the financial sun, from remittances and payments to credit and loans, from AI and automation to disruption and regulation, one could be forgiven for struggling to make sense of it all. Yet, this would be an apt response to an industry that is tugging and pulling in multiple directions. One foot is firmly planted in decades old practices, such as mainframe banking, while another is stepping into the future, as with robo-advisory. This is a schizophrenic tale of of revolution and evolution, with a dose of legacy tossed in for good measure.

One technology which is making steady strides in expanding to use cases outside its initial sweet spot of homeland security is biometrics. Caryn Seidman Becker, Chief Executive Officer of CLEAR, a biometric identity platform which has been aggressively rolling out its verification terminals across U.S. airports, noted that “biometrics are the bridge between safety and a frictionless experience.”

Shoring up this opinion were an unlikely pair of senior executives from beer-giant Anheuser-Busch and NFL team the Seattle Seahawks. Andrew Green of Anheuser-Busch revealed that the company hopes to improve the customer purchase experience, which traditionally has been hampered by cumbersome age identification checks. Its introduction of a biometrics-based alternative to the traditional manual drivers’ license check has been well received, and the company is agitating to expand the initiative to also support responsible consumption.

David Young of the Seattle Seahawks noted that the football organization is, fundamentally, “an experience company competing with other experience companies.” While fans want their team to win first and foremost, their experience at the stadium is also impacted by how long they are gated in entrance queues, lines for concessions, etc., all of which have shortened since introducing biometric checking at four entry gates.

Cryptocurrencies, led by Bitcoin’s skyrocketing price in 2017, came crashing down to earth this year. Much of the hype has subdued, as some of the early speculators have stepped aside, and professionals such as Fidelity have taken their place.

The hoopla surrounding Blockchain, the technology behind Bitcoin, has also tempered somewhat over recent months, as its loudest evangelists have had to contend with less ebullient commentators, who argue that compelling use cases for Blockchain are still few and far between.

Vinny Lingham, Chief Executive Officer of Civic, a company trying to solve the notion that identity information should be centralized, candidly confided, “the question is who wants to use it… people don’t go around saying ‘I want a digital ID.’” He added, “if we have to speak to consumers about Blockchain, then we’re lost. What’s more important is driving adoption” such that “people need and use these IDs.”

Joseph Weinberg, Chairman of Shyft, which is focused on building an Blockchain ecosystem, stressed the importance of achieving interoperability, noting “it’s all about securely sharing data… across institutions, sectors, and across boundaries.”

There seems to be a consensus forming among Blockchain practitioners that developing compelling use cases and driving adoption will take time. Much of the debate centers on where Blockchain adds meaningful incremental value versus simply replicating the capabilities of conventional databases. In this vein, Asheesh Birla of Ripple argued that Blockchain’s key advantage is in moving value, rather than tracking of assets.

Adam Ludwin and Jed McCaleb, Chief Executive Officer and Chief Technology Officer respectively of Interstellar, explained that they co-founded the company expressly to build “killer apps” around compelling Blockchain use cases, rather than focus their efforts on a developing a platform in the hope that adoption would somehow follow.

Data at a Crossroads

If there was a common theme linking the myriad of topics deliberated at Money20/20, then perhaps it was the crucial nature of the mountains of consumer and business data, which are the lifeblood of so many legacy and emerging financial services models.

But these are sensitive times for data purveyors. On the very same day that Money20/20 concluded in Vegas, Chief Executive Officer of Apple, Tim Cook, speaking at the International Conference of Data Protection and Privacy Commissioners in Brussels, argued customer data was being "weaponized with military efficiency" by profit-hungry companies, and called upon the U.S. and rest of the world to follow Europe’s GDPR lead in instituting suitable data privacy regulations.

"These scraps of data ... each one harmless enough on its own ... are carefully assembled, synthesized, traded, and sold,” Cook opined. “This is surveillance. And these stockpiles of personal data serve only to enrich the companies that collect them.”

Asked at a CEO breakfast by Brian Kelly, editor of U.S. News & World Report, about Cook’s comments and more specifically the tension between data for services and privacy concerns, Will Lansing, Chief Executive Officer of FICO, made famous for its consumer credit scores, said “we’re at a time of transition, with a strong pivot to the consumer, and what they want.” He added, “we look at the world today, where a consumer can contribute data to a decision… and I think that’s the direction we’ll head in.”

When asked for his view on leveraging alternative data sources, such mobile or social, for credit scoring, Lansing responded, “absolutely it’s coming.” He recalled that using credit bureau data alone for scoring had left 53 million Americans 'un-scoreable.' Outside of lowering the credit scoring standards, the best way to address this shortcoming is with alternative data. “It’s all about trying to figure consumer behavior,” he explained. “If we can find other data sources that are indicative of good behavior, bringing them into the equation is a good idea. Alternative data is definitely the ticket to including more people and making better decisions.”

A new credit score called UltraFICO Score, announced by FICO, Experian and Finicity on October 22nd, is meant to help consumers improve their access to credit by contributing data, such as contained in checking, savings and money market account statements, that reflect responsible financial management activity.

While most of the proceedings focused on technological, business or other endogenous drivers of change to financial services industry, exogenous factors - like fear over a looming economic recession - were also considered. It’s perhaps no wonder that the outside world preoccupied many of the conference attendees, with political uncertainty seemingly at every turn, boiling trade disputes, rising interest rates, and stock selling picking up pace throughout October.

Frank Rotman of QED Investors did his best to separate fact from fiction. “A lot of metrics that would precurse a recession are not showing warning signs, but there are pockets that may drive recessionary behavior,” such as slowing home sales in overheated real-estate markets and burgeoning student debt, suggesting “there might be rolling mini-recessions.”

He advised financial firms ”to think in advance and plan” to position themselves to survive a recession. He further observed that “every recession is different, and the reality is that every asset class is different,” and that rising debt-to-income (DTI) ratios typically augur trouble.

Finally, he cautioned against those counting on machine learning algorithms to sniff out recession risk, as the “problem with machine learning is that it’s trained on the data; as soon as there’s an exogenous event and things change, the models don’t understand that.” Credit and policy analysts are essential to overlay “belt and suspenders on top of models built by data scientists,” even if it means cutting off business when times are good, to reduce risk of having customers who move into insolvency when recessionary conditions prevail.

We’re All In It Together

A final observation from Money20/20 is that considerations around financial inclusion appear to be moving from the periphery to the center of many legacy and emerging business models. Social entrepreneurship is becoming ever more popular, and even leaders of big banks and fintech startups alike are defining inclusion as a business priority.

An example of this came from Joseph Weinberg of Shyft, who mentioned that there are 1.1 billion people in world do not have legal ID, and hence have no access to essential services like schooling, healthcare, and voting. “When people talk about Blockchain and crypto, people think of ICOs and making money,” he noted, “but there’s a lot of social impact from this space… it’s a human problem with identity that we’re solving.”

And the potential of social impact is drawing attention and participation from individuals who have gained fame in other disciplines. Rapper Akon, of Senegalese origin, who recently launched a cryptocurrency called AKoin, clarified, “the whole idea is to give the younger generation a platform to help build Africa,” leveraging something they’re very familiar with, mobile phones.

Not to say that doing right by people is for charity purposes alone. Basketball legend Shaquille O'Neal, who joined income-building platform, Steady, as an advisor in August, astutely observed “I like being involved with companies that help people… When I was younger, every time I made an investment for monetary purposes, I would lose. Every time I made an investment because it was going to help somebody else, it was the right thing to do, I’ve always [gone] big.” Last year, Mondato wondered if fintech equaled financial inclusion at Finovate 2017. The rhetoric is obviously converging. It remains to be seen, however, if the practical implication of these emerging business models and products holds strong on that promise.

Will Modern MFIs Energize Pay As You Go?