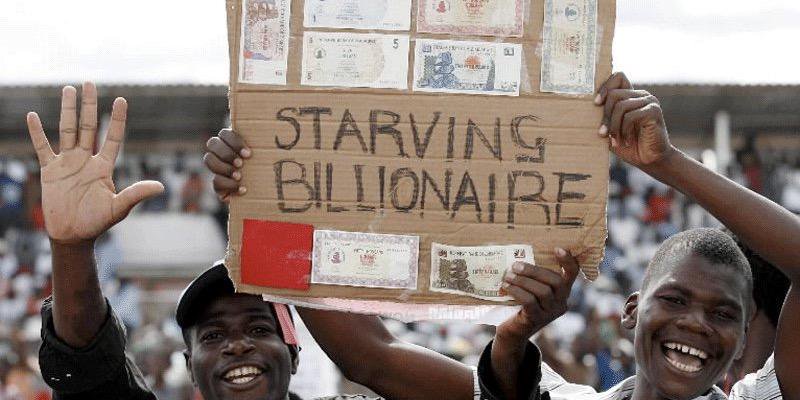 Zimbabwe’s economy is going through another nose-dive. The Mnangagwa administration, faced with re-instilling trust in the economy after years of crippling corruption and international sanctions, is grappling with the return of hyperinflation, and mobile money is again in the spotlight of controversy. The main charge: in an inflationary environment, a tiered currency system exacerbates currency devaluation. This week’s Mondato asks - when mobile money becomes inseparable from macro-economic finance policy, how should regulators think about mobile money before, during, and after a crisis?

EcoCash Way or the Highway

Zimbabwe has long offered a fascinating model of mobile money’s ability to address market failures. Zimbabwe is the world’s second-largest informal economy (behind Bolivia), but it also represents one of its most cashless; by the end of 2018, eight out of 10 transactions - including every-day purchases from bread to fuel - were performed using a mobile device (and nearly all of them on Econet’s EcoCash). The success of EcoCash’s mobile money sprint - in parallel with the collapse of the formal financial system in Zimbabwe - was so meteoric that it gave rise to a substantial number of “ex-banked,” or Zimbabweans who left the formal banking sector in favor mobile-based alternatives.

But how useful is digital money, if the value it represents keeps dropping? Consider that hyper-inflation in Zimbabwe was officialized last week, and that the prices of basic products have been skyrocketing for months. The government gave up on reporting inflation figures until February 2020, but the annual inflation rate is estimated in a range of 230 to 570%, the second worst case of hyperinflation in the world behind Venezuela.

Zimbabwe first experienced hyperinflation in the mid 2000s and reached an inflationary boiling point in 2008 at 500 billion percent. Now, Robert Mugabe’s successor Emmerson Mnangagwa has his hands full defending his administration’s “new dispensation” for economic management, which seeks to unlock much-needed international aid in the form of foreign reserves - largely out of reach until Mugabe-era sanctions against Zimbabwe are eased.

Against the backdrop of Zimbabwe’s macro-economic troubles, including a recent switch back to a local currency from a multi-denomination system in June, mobile money’s role in crisis situations is up for debate. In a context where authorities no longer control the value of money, what is the likelihood that mobile money actually exacerbates inflation? Recent commentary from media organizations has in fact highlighted said risk, pointing to accounts of predatory premiums levied by some mobile money agents in Zimbabwe as proof that mobile money can “worsen rather than improve matters…[by] further eroding household purchasing power.”

Mnangagwa’s government, eager to pin blame, effectively banned CICO functions during a period of price volatility earlier this month. Though EcoCash said it has suspended more than 1,000 of its sales agents for demanding extra payments in return for cash, the balance of power is delicate; in a country where the public trusts mobile money providers and funeral parlors more than it trusts the government and formal financial institutions, public opinion still seems solidly behind the mobile money operator - at least relatively speaking.

The Dose Makes the Poison

Ultimately, the argument that mobile money exacerbates inflation persists in a mostly void empirical gap; the direct impact of mobile money on inflation remains unclear. On the one hand, as an enabler of transactions, mobile money theoretically increases the velocity of money, a primary driver of inflation. On the other, mobile money has been shown to positively impact productive investments in an economy, and its effects on both savings and consumption may help to stabilize inflation. Reserve bankers worry, however, that the proliferation of digital economies, currencies, and transactions will erode already fragile banking systems and by extension render ineffective the monetary policies which rely on them.

At a 2015 conference convened by the International Growth Center in Kampala under the theme “Mobile Money and the Economy,” the governor of the Bank of Uganda voiced just such a concern:

“If more radical mobile banking business models are eventually developed in which mobile money becomes a substitute for demand deposits in banks, the ability of central banks to control interest rates could be undermined.”
Emmanuel Tumusiime-Mutebile

In other words, regulators and central bankers worry that a mobile money-dominated financial system erodes the efficacy of the two basic tools governments have in their arsenals for combating inflation: controlling the monetary supply and setting interest rates.

Earlier this year, however, GSMA undertook a review of the literature touching on the mobile money-inflation nexus and concluded mobile money has little to no measurable impact on inflation. More interestingly, recent research indicates that a growing mobile money economy yields a higher money multiplier, which implies a financial system more responsive to changes in monetary policy, not less.

Essentially: as e-money proliferates, currency demands drop as consumers have less need for cash. Lower currency demand means higher reserves for banks, which they can then lend against, increasing credit and productive loans. Higher bank reserves will theoretically strengthen the central bank’s ability to influence monetary policy, and to achieve objectives like medium term price stability. This is only feasible, of course, given some basic public trust in the stability of the currency’s fundamental value. The result is a catch-22: without trust, regulation is toothless; but regulation is a necessary condition to building trust in the first place.

For policymakers - whether in Harare or elsewhere on the continent - the case of mobile money in Zimbabwe should act as a reminder that digital finance systems are today playing an growing role in macro-economic health. Where possible, measures should be taken to make that role a stabilizing one - one which adds resilience beyond the well-documented pathways through which mobile money can provide disaster relief and humanitarian aid during other kinds of crises. 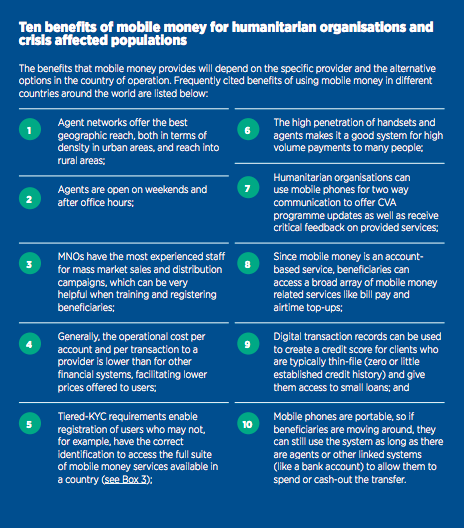 Fundamentally, Zimbabwe’s challenges are in shaky public trust in its government and in its inability to export for foreign reserves. While these factors may benefit the country’s mobile money operator, operations aren't exactly smooth sailing. Basic deficiencies in electricity (largely caused by overreliance on a single dam operating at a third of normal capacity) have undermined the functioning of both the traditional and digital facets of the country's financial system. The relationship between energy and digital finance also plays out in the gold industry (which unlike platinum mining does not generate its own power). When less gold is mined, it means even fewer foreign reserves, which in turn further unmoors Zimbabwe’s local currency.

If experience is any indicator, however, crises provide additional opportunities for innovation. It's no secret that it was under the duress of a banking collapse that mPesa was born in Kenya, and “black swan” events are disproportionately impactful in hindsight. As it turns out, evidence from EcoCash’s partnership with Save the Children demonstrated that one of the effects of receiving aid through e-transfers was an increase in the use of mobile money more broadly - researchers observed a jump from 20% to 76% in the number of people using EcoCash after the project.

One way Zimbabwe could continue its mobile money leadership would be through its investment in merchant payments, which represent in many ways the litmus test of mobile money’s utility as a means of transaction. EcoCash has already invested billions in developing innovative financial solutions around its mobile money platform, but developing a merchant pay system at scale remains the toughest nut to crack, with challenges ranging from the cost and scale of deploying rugged point of sale devices to training thousands of small merchants on their use. Estimates indicate that merchants accepting P2B payments through EcoCash (including utility companies, city councils, churches, supermarkets, insurance companies, hospitals, schools and many small and medium-sized merchants) surpass 50,000 in number.

That said, evidence from the current crisis suggests that merchant transactions based on mobile money are only being driven higher by the widespread dearth of cash. The latest figures from regulatory body POTRAZ show that bulk payments and merchant payments constituted the largest share of all mobile money transaction value in Zimbabwe, and transaction volumes through cashless point of sale devices continue to climb.

EcoCash (and Cassava Smartech, its parent company) are also churning out a seemingly endless array of digital products whose uptake in trying times portend positively for merchant pay. Insurance, long thought to be bought rather than sold in Africa, has seemingly taken off in Zimbabwe, where an eye-popping three million users are reportedly signed up for various insurance schemes including weather-indexed crop insurance (~1 million users) and funeral, health, and life insurance (~2 million users collectively). Offered though Cassava partnerships and enabled by data collected by Econet (the MNO provider) some of these insurance schemes start at 50 cents per month, a radical departure from the average of $6 monthly premiums.

The Smart Change Money (mobile Bureau De Change) solution also seems promising, granting users two digital wallets with the ability to hold foreign currencies in one wallet and convert them into local currency in the other. Though such solutions don’t solve the fundamental challenge of monetary supply and the need for stabilizing foreign exchange reserves, they are being adopted by users in droves - Smart Change Money is reportedly expanding at a healthy rate and likely has significant room to grow, given that it is available to any active EcoCash user and was only launched earlier this year.

At the end of the day, however, there is only so much a single company (or group of sister companies) can do on its own. The consensus seems to be that while basic access trumps cost of access during emergencies like the one unfolding in Zimbabwe, increased competition in mobile money ultimately benefits end-users. Regulators around the continent must therefore strike a balance between encouraging competition (and thereby innovation and benefit to consumers) on the one hand, and allowing certain domains to be monopolized for the sake of positive network effects which might also benefit consumers.

Perhaps the most straightforward way to reap the benefits of competition while respecting incumbents is the incubation approach. Regulatory sandboxes, innovative finance mechanisms, and competitions have all seen significant growth across Africa in recent years - francophone countries in particular have turned to these approaches to counter the anglophone bias in venture capital. Such approaches also favor the targeting of support for niche needs, which vary tremendously from country to country.

Regulation that appropriately incentivizes interoperability will also help, as will public investments in the development of more robust data mining for financial inclusion. Though in a cash emergency like Zimbabwe’s, such initiatives may be far from priority number one, other countries with economic vulnerabilities in their formal banking system should take note. As mobile money systems become further embedded at the center of even the most micro of transactions, regulators should nurture them like the macro-level resilience-building asset they are on their way to becoming.

Brazil: Digital Finance at the Speed of Light