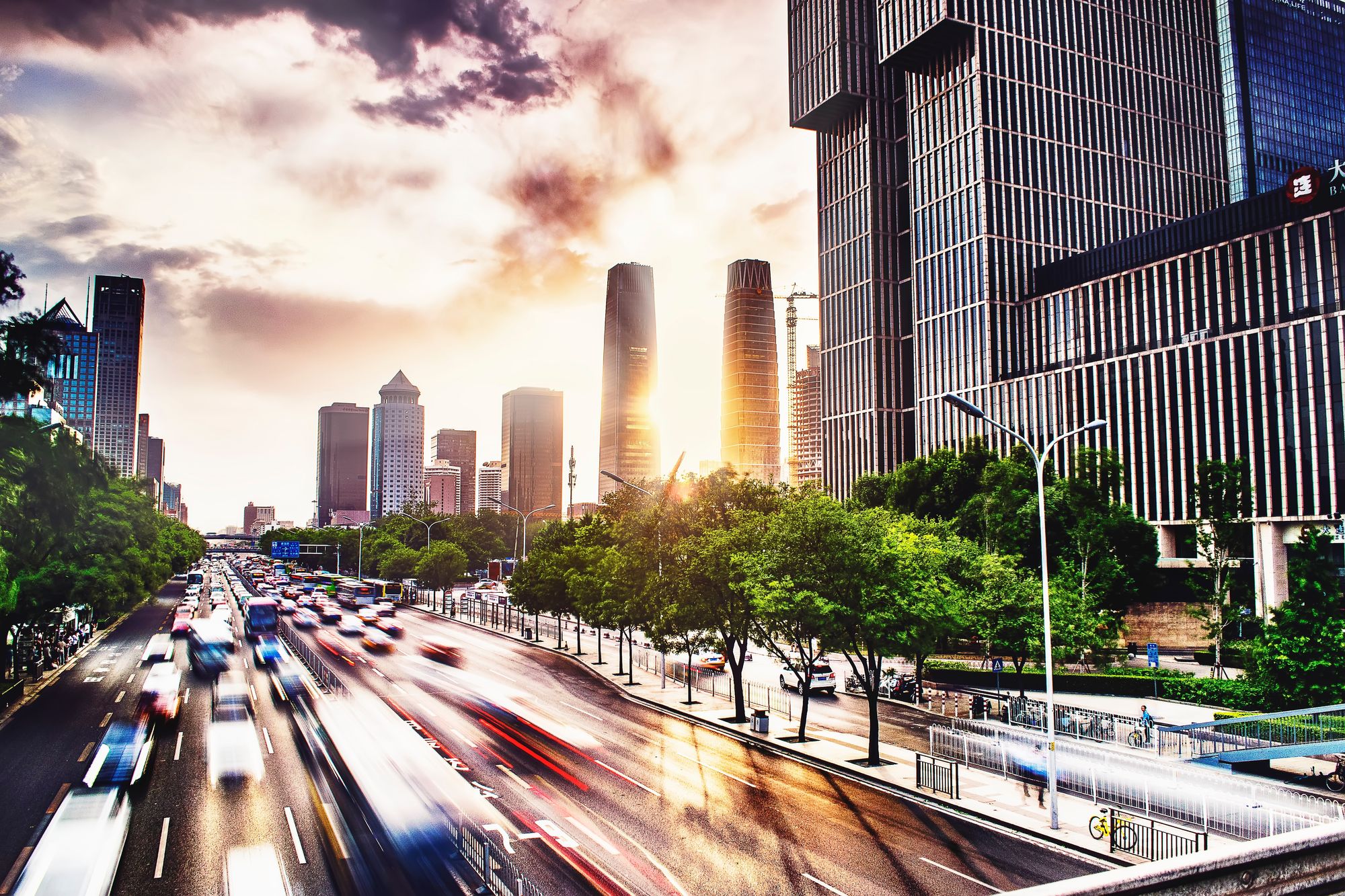 Since 2014, digital banking penetration has increased by between 1.5- and 3-fold across emerging markets in Asia. The percentage of digitally active customers doubled during this period, and today some 52 percent of urban bank customers in emerging Asian countries used digital banking services. Across Asia, more than 700 million consumers use digital banking regularly.

The wave of innovation which has been sweeping through the banking sector in Asia comprises much more than legacy Asian banks launching digital versions of their products. New technologies are fundamentally reshaping the ways customers engage with banks, with ultimate objectives of improved efficiency, reduced costs, and better customer experience.

Recent research suggests that digital innovation is giving Asian banks the opportunity to deliver their services at lower costs. Automating manually intensive processes like client onboarding, for example, leads to better speed and lower error frequency. While the Asian financial community is busy exploring these new opportunities, they are also becoming cognizant that such innovations pose risks - and risk requires regulation. The region therefore faces a challenge: how to regulate digital banking without regulating away its benefits.

Demand for digital financial services (whether furnished by startup or legacy providers) in the Asia Pacific region is on the rise. Pioneers in the space include China-based WeBank and South Korean firm Kakao. According to a report by Forrester, some 73 percent of customers across Asia already prefer banking via a digital channel today, and almost 60 percent of consumers in India and over a third of customers in China are considering switching to digital-only banks within the next 2 years.

There's no question that providers will create offerings to meet increased demand. But will the orthodox pillars of regulation - such as know-your-customer, anti-money laundering, and due diligence - suffice to regulate the new providers and services which are sure to emerge? Regulation is required; after all, like many startups, emergent digital banks are incentivized to chase ambitious growth targets to compete, which in turn could jeopardize compliance.

Compliance is how banks self-regulate, but regulators worry that digital banks may be “tempted to sacrifice their compliance needs in favor of faster customer onboarding and more seamless digital experience.” China’s WeBank, for instance, was fined $2 million rmb ($300,000 USD) this year by the China Banking and Insurance Regulatory Commission for non-compliance in loan issuance and management appointments - a relative slap on the wrist, but evidence that compliance can fall throught the cracks during growth periods. That said, innovative regulatory technology (RegTech) can help digital start-ups and digital-curious banks alike to bridge the gap between customer expectations and the law. The solutions provided by regulatory technology involve dynamic rulesets based on jurisdiction, as well as standards for building secure digital-first processes.

As the fintech and digital finance ecosystem thrives across Asia, different government have devised different regulatory strategies. Professor Ronaldo Lemos, who researches tech policy at Columbia University’s School of International and Public Affairs, suggests that each county should take advantage of technological innovation to develop whichever sector(s) the country has an existing comparative advantage in. Meanwhile, it is equally important for technological advancement to help a country overcome its weaknesses insofar as people’s lives can be demonstrably improved.

As such, governments of countries like Hong Kong and Singapore, both international financial centers, are concerned with maintaining their leading international edge in finance and therefore pay more attention to cross border payments. In fact, Singapore's government has created development plans and established new departments for their implementation. Hong Kong has granted eight virtual banks licenses between March and May 2019 as part of their smart banking initiative. Both countries have also adopted regulatory sandbox approaches to support fintech innovation.

Governments in Southeast Asia and India also paint an optimistic picture with respect to fintech's potential to improve financial inclusion and help those with limited access to traditional banks. Southeast Asia is an historically underbanked region, as only 47 percent of adults in the region held bank accounts in 2018. But in 2018, funding to fintech startups across Southeast Asia, bolstered by supportive government policies, grew 143 percent over the year to a record $485 million. Similarly, the Indian government has proposed various initiatives to boost digital banking’s presence in the country, with initial outcomes proving promising - the number of unbanked in India decreased by 300 million between 2011-2015.

Even China's government has been supportive of innovation in financial services, and Chinese companies are taking measures to support the development of mobile payment businesses in other parts of Asia. China’s internet banks are affiliated with four banks who are in themselves associated with big techs: WeBank (Tencent), MYbank(Alibaba), XWBank(Xiaomi),and aiBank (Baidu). And though they're not exactly bank accounts, Alipay has collaborated with regional partners to help establish nine local e-wallets: TrueMoney in Thailand; GCash in the Philippines; DANA in Indonesia; Paytm in India; TnGD in Malaysia; easypaisa in Pakistan; bKash in Bangladesh; Kakao pay in South Korea; and Alipay HK in Hong Kong.

So whether by ensuring their country’s status as a financial center, aiding the unbanked population, or reinforcing regional ties, the governments of various Asian countries have designed digital banking regulations to cater to the existing policies of their respective admistrations, as well as to dovetail with their country’s comparative advantage. It remains to be seen how much these regulatory strategies will converge, or whether they will remain country-specific over the as the continent’s digital banking sector matures.

Even if the governments of individual countries were to protest, digital banking is a global phenomenon that isn't going away. Consequently, regulators are assessing how to regulate digital banking from a global perspective. The European Central Bank (ECB) is likely the forerunner in this regard. The ECB has come up with applicable guidelines on how banks can assess applicants, including recommendations regarding capital adequacy. Digital-only - or "neobanks" - may in fact have to hold more than usual minimum capital requirement, because the risk of a start-up financial banking institution incurring financial losses is higher than that of a traditional bank. Many neobanks in Asia are still making losses, but that is only because they often use aggressive loan-pricing strategies to gain market share. Nevertheless, they may need to hold additional capital to keep up with the pace of lending, and it's the job of regulators to make sure that happens.

Minimum capital requirements, however, could make it difficult for digital banks to survive, because these requirements mean fewer digital banks are able to register. In addition to or instead of raising the minimum capital requirement for banks, regulators could focus on implementing RegTech to improve and streamline the regulatory processes, so that it becomes easier and less costly to identify the non-compliance of emerging neobanks without pricing entrants out of the market.

Some 33 percent of Asia Pacific region banks are losing clients due to inefficient manual processes to the tune of $10 billion per year. But thanks to the influx of banking startups, legacy banks have felt pressured to update their services and adapt to the demands of increasingly digitized customers.And if they don't, neobanks present a viable alternative in that they offer convenience, ease of management, and speed. Neobank customers can avoid the hassle of dealing with cash and cards, and take advantage of the comfort of banking at home. Neobanks also provide online assistance 24/7 since they do not have a physical branch.

In addition, customers who use digital banks can often benefit from higher interest rates on saving accounts and lower fees, (e.g., lower minimum balance fees, direct deposit fees, late fees, and so on). These perks are only possible because digital banks tend to have lower operating costs, allowing them to offer these competitive benefits to attract and retain customers.

Therefore, traditional banks will have to understand that investing in new technologies is the only way to remain competitive. Today, many banks around the world are choosing to acquire fintech start-ups rather than build their own digital banking technology. For instance, the Spanish bank BBVA has been the most prominent acquirer of fintech start-ups over the last five years, and has acquired startups in online banking, payment, and real estate valuation sectors. Although Asian banks have been slower in making fintech acquisitions, collaboration between Asian banks and fintech start-ups have been growing rapidly over the years.

There is no deying that the digital banking innovations have made banking more accessible and comfortable. The question is whether the increased convenience can offset the possible risks and burden of social problems that arise from the innovation. Although the possession of data has given digital banks the power to make more precise decisions, the importance of consumer privacy protection should be considered as well.

Also, the problem of inequality associated with the advent of digital banking must be addressed. While the rise of digital banking in Asia has the potential to increase banking rates in countries where a large chunk of the population previously did not use banks at all, at the same time, the digital banking revolution may leave out the poor and rural population of emerging Asian countries that still lack access to smartphones and other digital technologies. And although this point has been challenged, some research has shown that providing more access to financial services can help lift the poor out of poverty.

Digital banks have the capacity to transform the financial world completely. But given the previously discussed problems associated with the rise if digital banking, collaboration with disruptive regtech and fintech is advisable and unavoidable. That said, all financial institutions, not just in Asia but across the world, need to adapt and innovate to meet rising demand. In order to keep up with a digital-first client base who are accustomed to using mobile apps for everything from ridesharing to e-commerce, financial institutions must find ways to innovate around existing and likely impending regulations. To this end, the actual product of a digital provider ought to be flexible and configurable, and should maintain strong client-centric focus. That way, regulation can play its intended role: that of a guardrail, and not of a spike strip.

The Biggest Ideas at Finovate Fall 2019