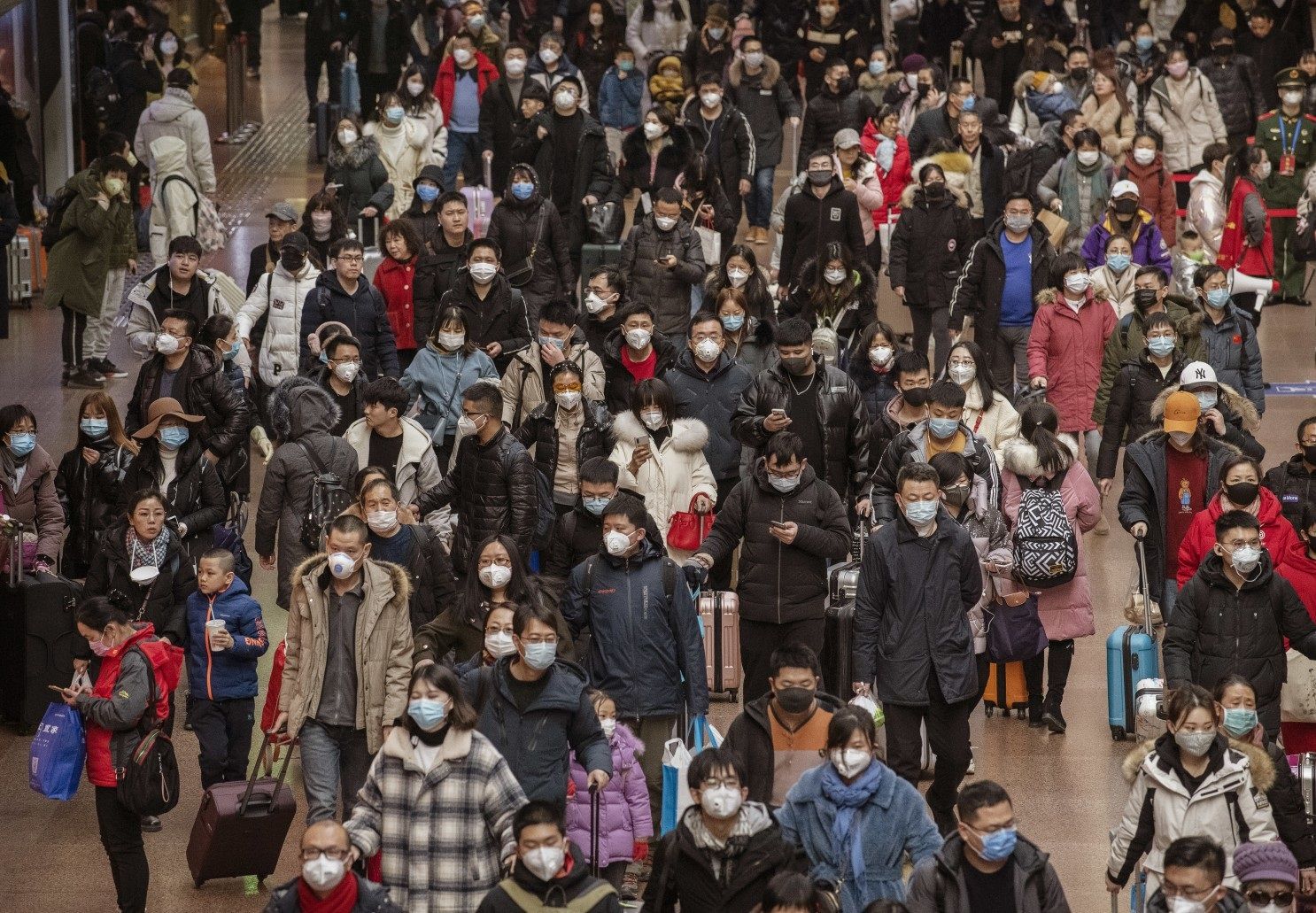 It is too early to tell what will result from the onset of COVID-19. However, news outlets around the world are tracking the effects of the crisis in real time, and are uncovering themes and broader topics which are likely to impact the digital finance and fintech industry in the months to come. While most media coverage reflects the general uncertainty of the day and analysts remain hesitant to make predictions, a few concrete certainties have emerged: businesses are taking measures to stay afloat amid reduced cashflow; digital tools and proving their worth in the age of social distancing; governments are getting creative in response to the crisis; and things will not be back to normal anytime soon. But it is not enough to be aware of these themes. How will they actually play out? And how are readers supposed to make sense of it all?

The most attention-getting business headlines of the COVID-19 era (so far) may be those which warn of a global economic recession. (It is now, according to the IMF, officially a recession.) In the United States, Goldman Sachs recently revised estimates downward, predicting a 34% contraction in GDP in Q2 of 2020, along with 15% unemployment, which represents a double-digit increase from pre-COVID unemployment figures of about 3.5%. The U.S. economy is expected to shrink as lockdown and quarantine measures, considered necessary to fight the spread of COVID-19, reduce demand for goods and services cutting into the cash flow of countless businesses.

Complicating the picture even further is the likely effect on supply; when China instituted lockdown measures in response to the virus in late January, it kicked off the sharpest contraction in the country;s industrial output in 30 years as factories closed and workers stayed home. Although China’s economy is more industrial than most nations’ (with 28% of their labor force employed with industry, compared to a global average of 23%), possibly causing COVID-related supply chain disruptions to be disproportionately harmful to the country’s economy, supply chains are without question essential to every sector of every economy in the world. Even in service-oriented economies like the U.S., food supply chains have been thrown into disarray by the crisis, creating additional risk for an already-nervous population.

A recession isn’t good for anyone. The white-hot fintech investment ecosystem which led to record-breaking M&A and investor activity in 2018 and 2019 is not headed for a trilogy in 2020, and one shouldn’t expect headlines this year to trumpet new investment rounds, acquisitions, or deals the way they did in years previous. This absence, though hard to ignore, will not necessarily signal that innovation is not marching forward. While investors and incumbent finance players may not be prepared to take new risks in 2020, the record funding rounds of the last two years should keep many startups in fighting shape (contingent on some strategic adjustments).

From China to Zimbabwe, cash is out this season. Authorities have recognized the real risk of COVID-19 transmission via cash (as the virus is able to stay alive on porous surfaces like cardboard for up to 24 hours) and have taken measures to limit the use of cash and emphasize digital or contactless means of payment instead. Furthermore, at a time when people across the world are being ordered to stay at home to “flatten the curve”, delivery and e-commerce services, and the platforms and gateways which enable payment, may have an opportunity to flourish.

Meanwhile, countries with high mobile money usage rates could see the virus spread more slowly. The ability to make payments digitally reduces the need for cash, but also limits social interaction. An important feature, according to GSMA, of mobile-enabled and pay-as-you-go (PAYG) utility bill payments is the capacity for remote payment collection and remote monitoring. Given the attention that COVID-19 has received in the international media, countries with relatively low infection numbers are more likely to enact measures like social distancing and shelter-in-place early on, if indeed it is possible for citizens to conduct essential functions like utility bill and P2P payments without traveling or leaving their homes. Telcos, for their part, have begun to recognize the public health need, with MTN Uganda eliminating some charges on their mobile money platform to encourage use as the COVID-19 crisis unfolds.

In times of crisis, however, not everyone acts in the public interest. Though officials have warned of the transmission-related dangers of cash, many have withdrawn large sums from their bank as the potential economic effects of the virus have created a state of anxiety. In Egypt, over 30 billion Egyptian pounds ($1.91 billion) were withdrawn from the nation’s banks in just the last three weeks, prompting concern from the Central Bank:

“We found that individuals are withdrawing money from the banks although they did not need it ... they withdrew 30 billion pounds in the past three weeks. We want some discipline. We live in a society and we have to think of others.”
Tarek Amer, Governor, Central Bank of Egypt

Across the globe in the Hamptons, where many of New York City’s elites have fled, reports of 5-figure bank withdrawals have left some branches lacking in cash; a Midtown Manhattan bank even ran out of $100 bills. The hoarding of cash is perhaps a natural response to uncertainty in the financial sector, and it’s not unwarranted. The Dow Jones had its worst first quarter ever. However, unlike in 2008, U.S. banks are on solid footing, even setting records for liquidity to close out 2019. Experts say closures are unlikely in the near future, though the story could change later in 2020. Again, uncertainty reigns over all.

Thankfully, governments are taking the threat - both to public health and the global economy - of COVID-19 seriously. The U.S. passed a $2 trillion (with a ‘t’) stimulus package to buoy the country through the coming months of uncertainty, though some lawmakers are already planning the next, possibly even bigger bill.

A signature feature of the $2T package is the much-anticipated payment of $1,200 to every American earning less than $75,000 per year, plus $500 for every child. The plan echoes a call for Universal Basic Income which has lurked at the fringes of political thought in the U.S. in recent years (though unlike UBI, this is a one-time, non-recurring payment). Moreover, the incoming payments are a decidedly low-tech solution; some will receive payment by direct deposit, which is expected to take weeks, while others will receive payment by check, which will reportedly take months. If the effects of COVID-19 have led to record unemployment claims a mere two weeks into the crisis, a timeline of months for stimulus payments may prove too little, too late, according to critics.

In its original form, the $2T bill contained a proposal for a “U.S. Digital Dollar”. Not quite a crypto but not quite fiat currency either, the Digital Dollar would be backed by the Federal Reserve and every American would be granted a personal account for easy, fast G2P payments like the one called for in the stimulus bill. Unlike Bitcoin, the Digital Dollar would not fluctuate in value, but would instead function as a digital version of the U.S. Dollar that is already in circulation. Supporters have pointed out that such a system would solve the issue of G2P payments for the over 8 million unbanked household in the U.S.; it goes without saying that countries with larger unbanked populations could stand to benefit from digitized currency and accounts too.

The lack of certainty surrounding COVID-19, its economic effects, the duration of the crisis, and what public and private sector actors will do about it means that this journey has only just begun. No matter the ultimate outcome, a perhaps obvious fact is that the globalized world has never experienced anything like this. The well-being, both physical and economic, of the entire world’s population hinges on the events of the next few months. With luck, it will one day be a memory, and no longer our new reality.

Startups Won't Survive Unless They Play Both Sides