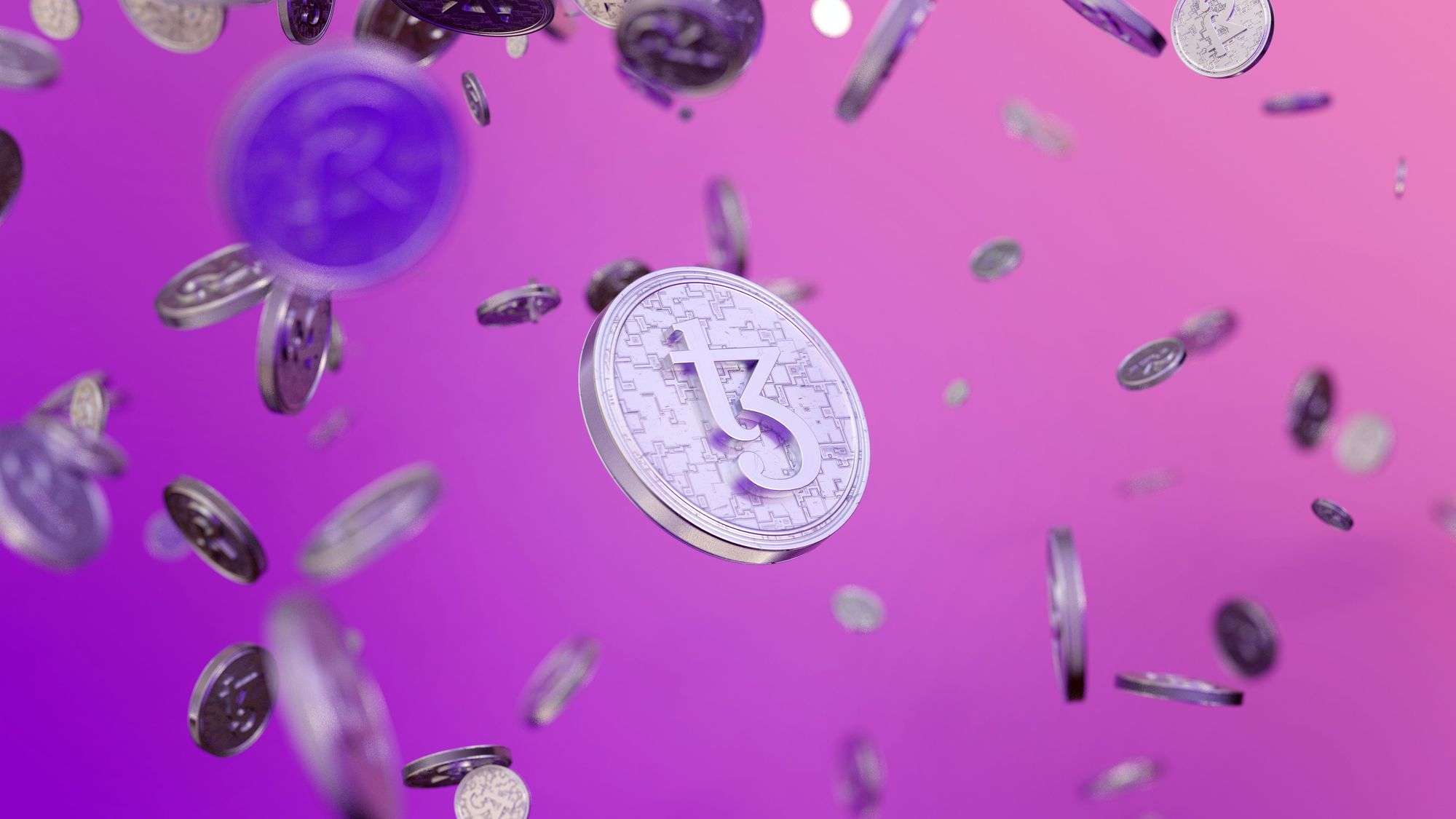 Two years after the Bahamas became the first country to roll out a digital currency issued by its central bank, Central Bank Digital Currencies (CBDCs) have been picking up steam around the world. Today, roughly half of central banks around the world are formally considering whether and how to embark down a path in which their official currency, embodied by bills and coins, should have an e-fiat equivalent. Despite the potential for financial inclusion that CBDC promoters extol, for many central banks, official e-currencies are in large part a reaction to the explosion in digital currencies, which challenge central banks’ primacy and reshuffle the economic tools at their disposal for managing choppy economic waters. But in a head-to-head matchup, what do CBDCs offer that existing digital currencies with proven demand, like cryptocurrencies and mobile money, don’t?

When Mondato Insight covered CBDCs in 2020, the conversation was just picking up, thanks to impressive numbers being posted by China’s e-yuan. After setting up an initial research group to study the concept in 2014, China’s electronic sovereign currency pilot officially launched in 2019 and now counts more than 260 million users, with total transaction values surpassing $14 billion. These figures, while impressive, don’t even reflect the increased uptake through the government’s strategic boosting of the currency during the Winter Olympics, during which foreigners were coaxed into downloading one of four tiers of the pilot versions of the wallet (each with different levels of anonymity and balance limits) to be utilized for over 200 use-cases, ranging from food delivery and ride hailing to paying for hotels and movies.

But China’s CBDC is by many metrics not the world leader. Its use, for example, remains limited to six provinces. When it comes to the full-scale, nationally deployed issuance of a digital currency, the laurels go to the Bahamas, whose “sand dollar” just last month officially integrated with the local clearing banks association in (mostly) smooth, trailblazing fashion. The Eastern Caribbean Currency Union — including Antigua and Barbuda, Dominica, Grenada, Montserrat, St. Kitts and Nevis, Saint Lucia, and St. Vincent and the Grenadines — are also leading the pack among actual CBDC deployments with its blockchain-based “DCash” accessible to those even without a formal bank account through a QR code-capable smartphone.

Small island states seem to have several unique characteristics making them particularly well-suited for CBDC experimentation: financial inclusion challenges marked by low-income populations across dispersed, climate-vulnerable islands, high ATM fees, little incentive from the private sector to address inclusion, but few enough players to allow the central bank to work with the private sector and ensure interoperability. Increased traceability for anti-money laundering / combating the financing of terrorism (AML/CFT) was also a driver, particularly for the Bahamas; after being put on a grey list in 2018 for deficiencies in the transparency of its financial system by the global AML/CFT watchdog group, initiatives such as the traceable “sand dollar” helped it get back off the list in December 2020.

These frontrunners are far from isolated cases. To date, at least 91 (and according to the IMF’s managing director late last year, over 110 central banks around the world are now actively exploring CBDCs on one level or another. If these efforts progress, the apparent appetite from the notoriously change-averse incumbent banking system could indeed portend a sea-change in the role digital finance plays in the way sovereign nations manage their economies: last month, the IMF’s managing director Kristalina Georgieva proclaimed “the history of money is entering a new chapter.” 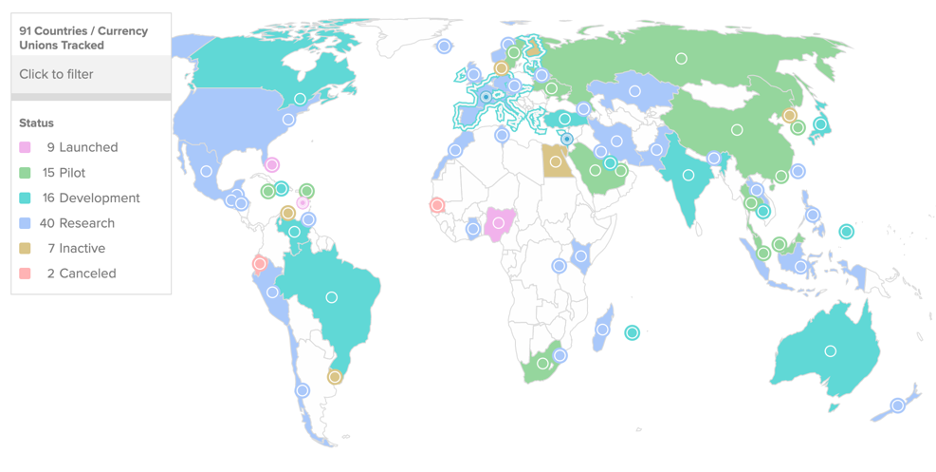 Despite the near-universal moves towards digitizing global currencies, the motivations for exploring CBDCs differ radically by context. As noted by the Financial Times earlier this year, while most central banks of advanced economies are tenderly dipping their toes
into heavily regulated spaces, some emerging markets are plunging right in.

Case in point: the bumpy Nigerian experience. With more of a whimper than a bang, the eNaira was launched in October of 2021. After an initially postponed launch, President Buhari announced at the rescheduled unveiling that the move by the Nigerian central bank would boost the economy by $29 billion over ten years, improve financial inclusion and curb illicit financial flows. The roll-out, however, has received mostly negative coverage stemming from technological glitches with the app download and the account creation process. Furthermore, there remain several important and unanswered questions about the basic functionality of the e-currency, such as its transferability to the ‘regular’ Naira.

Fundamentally, however, the motives behind the eNaira also draw scrutiny. It is widely acknowledged that in large part the desire to offer a Nigerian e-currency stems from the central bank’s antipathy towards cryptocurrencies — despite (or perhaps because of) the fact that Nigerian appetite for cryptocurrencies ranks it seventh in the 2021 Global Crypto Adoption Index compiled by research firm Chainalysis. Yet since barring local banks from using, holding, trading and transacting in cryptocurrencies in 2017, the value of the Naira has dropped by more than 50% in value. Bitcoin, on the other hand, has appreciated more than 10,000% since 2015. If central banks are banking on CBDCs to displace or replace cryptos, they may be fighting a doomed battle.

The Kenyan example will also be an interesting one to watch. A white paper released by the Central Bank of Kenya last month highlights the delicate balancing act of tinkering with the traditional separation between government-led monetary tools and the commercial banking system. If users convert more savings than expected into the digital currency, for example, banks would have fewer reserves upon which to make loans, limiting the central banks’ ability to manage inflationary pressures through interest rates and the supply of money.

From a financial inclusion perspective, as well, Kenya is in a significantly different spot than Nigeria. For the country that pioneered the mobile money model in the developing world, the incentive and rhetoric for exploring the benefits of a centralized digital currency differ significantly:

“The trend in Kenya’s domestic payments indicate the existence of a digital currency (e-money) that is robust, inclusive and highly active. Therefore, the consideration to introduce a CBDC in the payments system in Kenya would not majorly focus on enhancing access to financial services given the existing and growing penetration of mobile money. The consideration could however target cost reduction, interoperability and enhancing cross-border payments.”
Central Bank of Kenya, February 2022

The Nigeria / Kenya comparison thus offers insight into how radically the motivation to experiment with government-managed e-fiat can vary by context, particularly when the problems CBDCs aim to solve may not just be technical (like remittance fees in Africa remaining disproportionally high, as the CBK white paper alludes to), but fundamental to the very structure of how governments want their financial system to be organized.

Source: IMF (2022) Behind the Scenes of Central Bank Digital Currency

In grappling with the implications of CBDCs for the average man or woman on the street, it is perhaps in comparison to its alternatives that its value can be sussed out. In comparison to cryptocurrencies, for example, CBDCs would have the advantage of having clearer legal parameters — but given that in most emerging economies, a big feature of cryptos’ appeal is its tradeability across borders (which CBDCs are not currently designed for), this use-case scenario favors crypto.

On the other hand, the downside of cryptos is that they can be notoriously volatile, which presents a massive risk particularly for those whose principal financial concern is access to basic financial tools like savings mechanisms — not early-adopter speculative investment tools. But the question then becomes: is a CBDC fundamentally better than alternatives? In El Salvador, the first country to accept Bitcoin as legal tender on the crypto-utopian dreams of its president, the vast majority of the population still seems to prefer the US dollar. In such a context, wouldn’t a US CBDC, or even a USD-backed stablecoin like Tether, be preferable to either volatile Bitcoin or inflationary local currency (digitally represented or not)?

These are exactly the types of problems that generated so much hype around Libra, the Facebook-led global stablecoin — but that ship appears to have definitively sailed, crashed, and burned. After facing intense backlash from US regulators stemming from Facebook’s rotten reputation, a pandemic priority pivot, and a new US administration, that project was officially scrapped as of early 2022. The true value of a global stablecoin has yet to be tested, however, especially one untainted by the original sin of being Facebook’s brainchild.

And what about good, old mobile money? From an end-user perspective, what advantage might a CBDC truly offer over the tried-and-true method of using MNO rails — both metaphorically and infrastructurally, given that all digital currencies need to operate on a secure telecommunications platform?

Pietro Grassano is the Director of Business Solutions (Europe) for Algorand, a blockchain protocol that supports smart contracts. Mulling over the relative tradeoffs of CBDCs versus some of its alternatives, he evokes the structural implications of who gets to control what:

“Money is an infrastructure, like a road, a bridge. Like all modern infrastructure, it is best built through a partnership between the public sector and the private sector. It’s a matter of control; too much power over the infrastructure creates an incentive to extract rent by one party or the other. So the advantage of a CBDC over mobile money, for example, is in the design of who has the power to control how it is used, and what they use that power for. Mobile money is inherently centralized, so it's about fees and controls.”
Pietro Grassano, Director of Business Solutions (Europe), Algorand

Algorand’s 2021 white paper grapples with the design implications of a CBDC based on blockchain principles and how it might fit into economies’ existing financial institutional structures and solve real problems. Critical elements to balance in unlocking CBDC’s potential? Trust, scalability, anonymity/accountability, inclusivity, interoperability, and competition, according to Algorand. Certainly, no mean feat — but no one said tinkering with the national supply of money would be simple.

Pietro is less bullish about any particular digital currency form over another, whether CBDCs, cryptos, stablecoins, mobile money or others. For him, the broader message is about the digitization of money in all the forms this can take — and the promise of increased accessibility as a result of this flourishing diversity.

“CBDC is just one declination of digital money…the real question is one of mandate — whose job is it to provide which part of a common infrastructure, carefully studying the right model in which you do not disrupt the desirable elements a system already has. The point is defining how much involvement is needed of any given institution, and not forgetting how much more secure, accessible and efficient it can be via a decentralized, open-ended infrastructure.”
Pietro Grassano, Director of Business Solutions (Europe), Algorand

In this sense, despite the limited real-world uptake so far of CBDCs outside the Caribbean and China’s tightly controlled experiments, perhaps the real impact of central bank digital currencies can be found in the conversations happening behind the scenes of central banks, where there’s growing acceptance that the old rules governing how value is kept, grown and exchanged are inexorably giving way to new ones. The fact that the Caribbean and Nigerian central banks have been willing to base their e-fiat off a blockchain technology, then, is perhaps the signal insight from CBDCs of the pace of financial technology’s mainstreaming; if even central banks are starting to get it, then maybe we are closer than we think to the future of money.

Will The Metaverse Transform Fintech As We Know It?