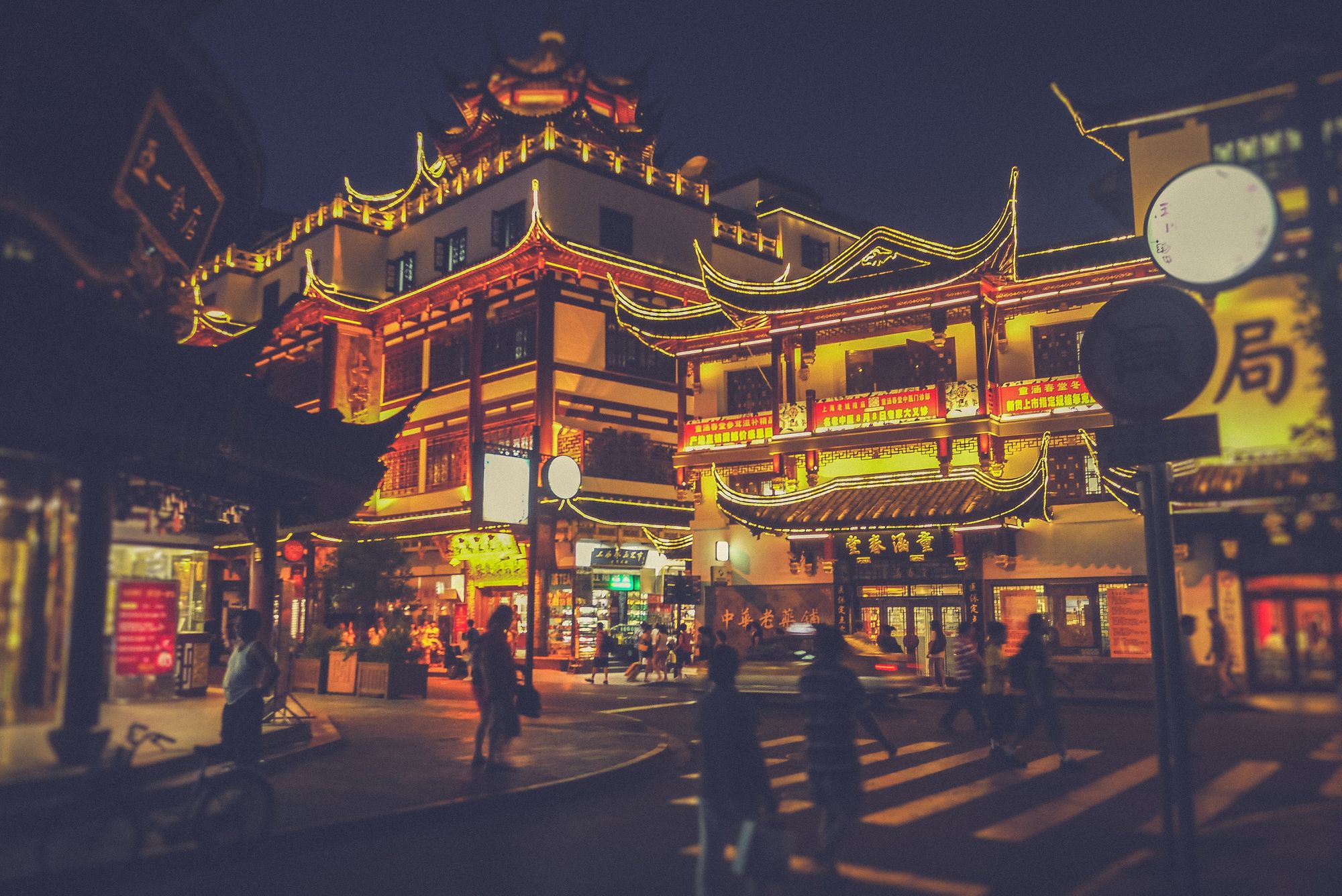 The past two decades have seen China ascend as a fintech powerhouse, fueling much of the country’s rapid economic development. Insulated from most direct competition from foreign companies, as Mondato has previously discussed, China’s leading tech companies have grown to enormous sizes by encompassing operations spanning ecommerce, finance, gaming and other digital services. However, the “superapp” model incorporating a bevy of financial services — pioneered by companies like Tencent and Alibaba — apparently has outgrown its welcome in the eyes of Chinese authorities. As China’s digital giants continued to buy out smaller competitors to integrate more services within their array of offerings, market competition faltered and industry innovation has slowed, tipping the scales away from consumers and small businesses and towards the country’s tech unicorns. Even China’s state-owned banks have felt the heat from tech companies integrating financial services within their offerings, much to the concern of the Chinese regime.

The crackdown on Ant Group’s monopolistic practices has now spread to the entire digital arena, with dozens of leading tech companies summoned by authorities and regulations established to curb monopolies and facilitate fair business practices. In many ways, this can be seen as the logical next step following a novel industry’s explosive growth: rein in the new industry’s powers to assure free competition and the innovation that comes with it. In contrast to the lax regulatory regimes Chinese tech companies previously operated in, suspicious business practices such as bid-rigging, price fixing, and anti-trust practices are being scrutinized and disbanded. The privileges a company like Ant Group once had — such as offering loans without the same oversight as traditional financial institutions — are now being done away with, for the sake of competition, market stability and preserving state-owned banks’ preeminent status. This week’s Insight peers deeper into the events leading to China’s regulatory crackdown, the nature of these new regulatory priorities, and what Chinese fintech’s “new normal” may look like.

On April 10, 2021, the State Administration for Market Regulation of China announced that Alibaba has a dominant position in the online retail platform service market in China, and since 2015, it has abused the dominant position in the market to implement "pick one from two”: the practice of essentially forcing retailers to use them as an exclusive distribution channel. Though similar to the monopolistic practices of an Amazon elsewhere, Chinese regulators have come down hard on the company, imposing a record fine of $2.86 billion. Such eye-popping figures do damage even to a unicorn like Ant Group; the the penalty is equivalent to one-third of Alibaba's profits in the fourth quarter of the year 2020.

After the $2.86 billion fine, three of China’s ministries compelled 34 leading Internet platform companies, including Baidu, Tencent and Pinduoduo, to "give full play to the warning role of the Alibaba case" and give each platform a one-month deadline to conduct a comprehensive self-examination and make thorough corrections.

In recent decades, China concentrated on cultivating domestic digital companies in its pursuit of rapid economic development. However, the explosive growth and innovation seen in early years has slowed as tech behemoths consolidated their grip over the Chinese market. 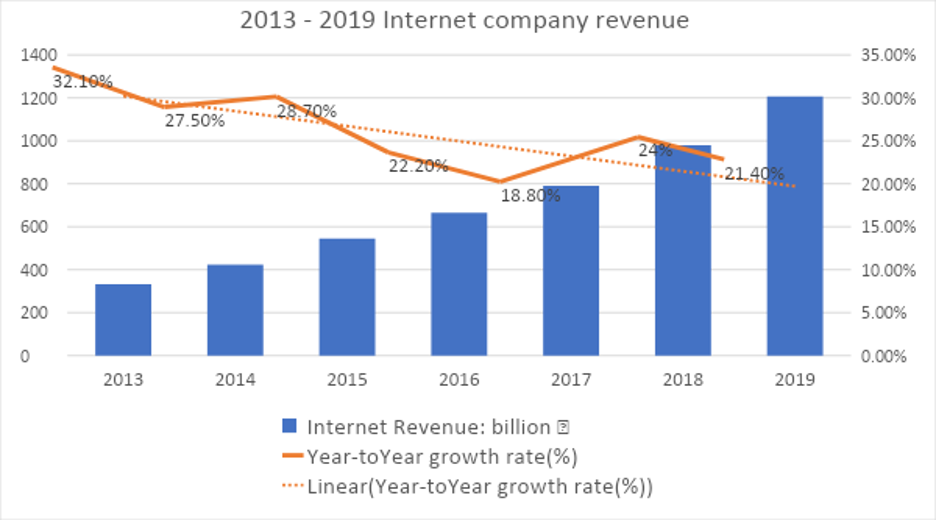 The maturation of China’s tech sector has subsequently seen diminishing returns coupled with a decrease in options for consumers and overreliance on tech companies in financial realms they weren’t originally constructed for. Exerting its regulatory might, the Chinese regime has thus called for a course correction.

China’s regulatory shift is taking place after Chinese tech companies saw their preeminence in the financial sector go beyond regulators’ original vision. The outsized influence of digital companies in the country’s financial services realm has worried regulators regarding both the market stability as well as the control regulatory authorities have in steering the direction of the economy while maintaining “socialist market” principles.

“They bypass China's banking system to serve small and medium-sized business customers, and even many self-employed people get the money they need to run their businesses from these sources. So when these Internet financial giants blossom everywhere in China, the crowding out effect on the traditional financing channels of the banking industry cannot be ignored.”
Ling Si - Professor of Finance, Shandong University

Compared with traditional industries, fintech companies enjoyed a high degree of operational freedom as their innovation bona fides and solid growth were key engines of China’s growth. Fintech companies enjoyed such preferential treatment to encourage innovation, but also because they were seen as pivotal in solving pain points in the burgeoning Chinese economy. The results have not always been as expected, however. For example, P2P financing was broadly popular a few years ago in China, owing in part to extremely loose regulations designed to solve the difficulty and expense required in financing small and medium-sized enterprises. In China, small and medium-sized enterprises account for 80 percent of all employment, but they have far less risk resistance and adequate access to mortgages under traditional bank lending models. However, P2P’s lax regulatory environment gave way to illegal practices and behavior, which led Chinese regulators to impose stricter regulations beginning in 2017. Despite the initial promise the model held in servicing small and medium-sized enterprises, China’s P2P space has subsequently seen a precipitous drop-off ever since. 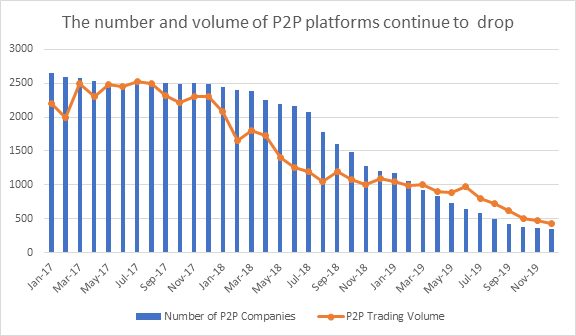 P2P’s rise and fall was the first crack in China’s laissez-faire tech approach. By promoting tech titans spanning multiple sectors, China also lost its ability to steer companies away from a profits-at-all-costs approach, while creating the right market conditions for regulatory arbitrage to flourish. The “super app” nature of many of the leading Chinese tech companies spanning multiple sectors made it easy for them to escape regulatory oversight and burdens that traditional financial institutions faced. Although Alipay, which belongs to Ant Group, was originally just an online payment platform, it grew over time to encompass deposit-taking, loan, insurance, gold trading and other businesses. Under this self-contained ecosystem, loans could be quickly recycled back through the capital markets, and so on, to reap greater profits, though at risk to the financial system. In June of last year, Chinese users of Alipay owed $271 billion in debt. As The Wall Street Journal reported, most of these loans originated in partnerships with commercial banks, which provided the bulk of the funding for the debt. Alipay managed through regulatory arbitrage to facilitate funding from banks while distributing loans to young people without credit histories, encouraging spending beyond individuals’ means. Aside from the customer stickiness inherent to offering financial services within other digital service packages, the Chinese behemoths were simply not competing on a level playing field with the much-scrutinized banking sector — with banks taking on elevated risk, nonetheless.

Facing growth bottlenecks, China’s tech giants increasingly underwent horizontal and vertical integration, which threatened the standing of small and medium-sized businesses. For example, community group purchasing has become very popular in Chinese communities recently. Under this premise, Internet giants use their capital advantage to buy products from manufacturers and ship them directly to consumers. By cutting out the middleman, companies are cutting costs and consumers are paying lower prices. However, in the long run, authorities saw such consolidation as reducing the number of jobs available and stripping small and medium-sized enterprises of their competitiveness, threatening to increase the unemployment rate and imperiling the stability of the market economy.

Alarmed by the underlying warning signs, Chinese authorities have hinted for months a “new normal” was forthcoming. During China's annual economic conference, it was mentioned for the first time the regime’s goal of "strengthening anti-monopoly and preventing the disorderly expansion of capital" as well as tightening controls on Internet finance, signaling an end to the mega deals and mergers which became increasingly commonplace among tech companies. “Maintaining a stable environment for market competition is an inherent requirement for improving the socialist market economy and promoting high-quality development,” regulators declared at the conference. 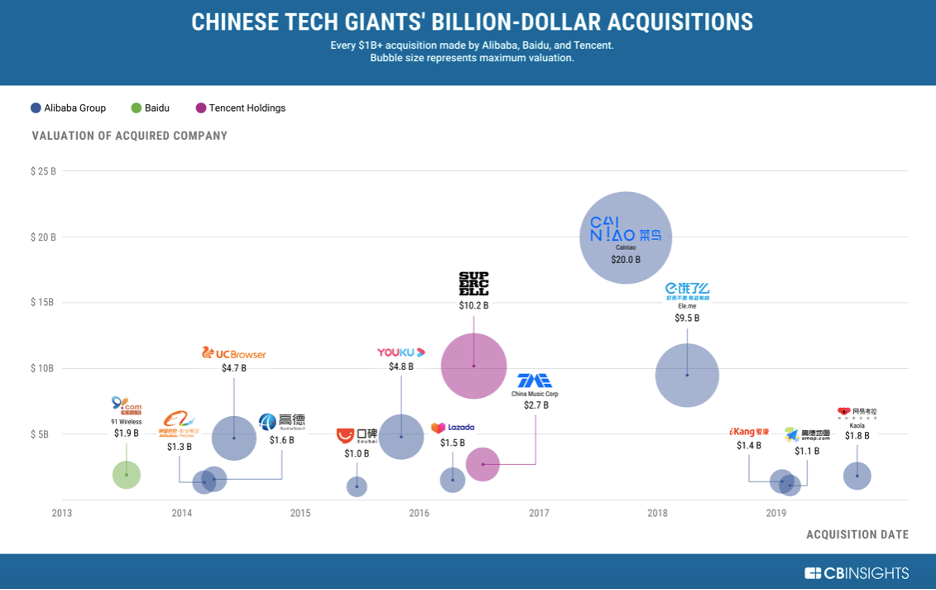 This course correction comes as admiration for China’s tech unicorns has waned amidst the country’s high-tech battle with the United States. Export restrictions from the U.S. to China have left the country’s high-tech industry what in China is referred to as “stuck in the neck” — with global protectionism, rising industries are bereft of valuable resources to support the growth of rising stars like Huawei. In order to facilitate this next step in China’s tech growth, which requires a robust market that can be self-sustaining, the playing field had to be tilted away from the digital companies which already saturated the market with mobile-related products and apps.

Chinese regulators say bundling other financial services into payment platforms poses risks to the country's financial system. Presiding over a meeting of the Political Bureau of the CPC Central Committee on April 30, Xi Jinping stressed the need to guard against and defuse economic and financial risks in order to strengthen and improve the platform's economic supervision. Although developments are still in their early stage, tighter government regulation may stifle some of China's most innovative and competitive industries and solidify the monopoly of state-owned banks in the financial sector. Small and micro businesses, which have traditionally struggled to get loans from state-owned banks, may find it even harder to get loans in the future.

The crackdown has now expanded to 34 major enterprises in China, which include leaders in ecommerce, transportation, social platforms and other digital sectors. If China’s approach before was unbridled growth, the “new normal” prioritizes efficient matching of the platform economy between supply and demand and optimization of resource allocation and technological progress. More importantly, cracking down on monopolies would effectively lower barriers to market entry, in theory stimulating the innovation vitality of Chinese society.

In this reset of China’s digital markets, the country’s unicorns won’t disappear or disintegrate, but authorities are now regaining control of China’s digital path. History has seen this before of new industries witnessing maturation followed by reform, like the breakup of Standard Oil the U.S. initiated a century ago. While the West struggles to corral the market consolidation of companies like Amazon — which pose similar systemic issues elsewhere of a Tencent or Ant Group — Chinese authorities have the means and might to tame the dragon.

This potential disaggregation of digital and (comprehensive) financial services is a long-term repudiation of the horizontally integrated financial model that fueled China’s digital behemoths and is being replicated elsewhere. The chips are still falling in place for this new normal, but what looked like digital companies’ march towards superapp domination in the financial sector appears to be over. With market maturation and saturation in hand, the Chinese arena is now embarking on a new journey through reform: specialization, innovation — and domestic fair play.