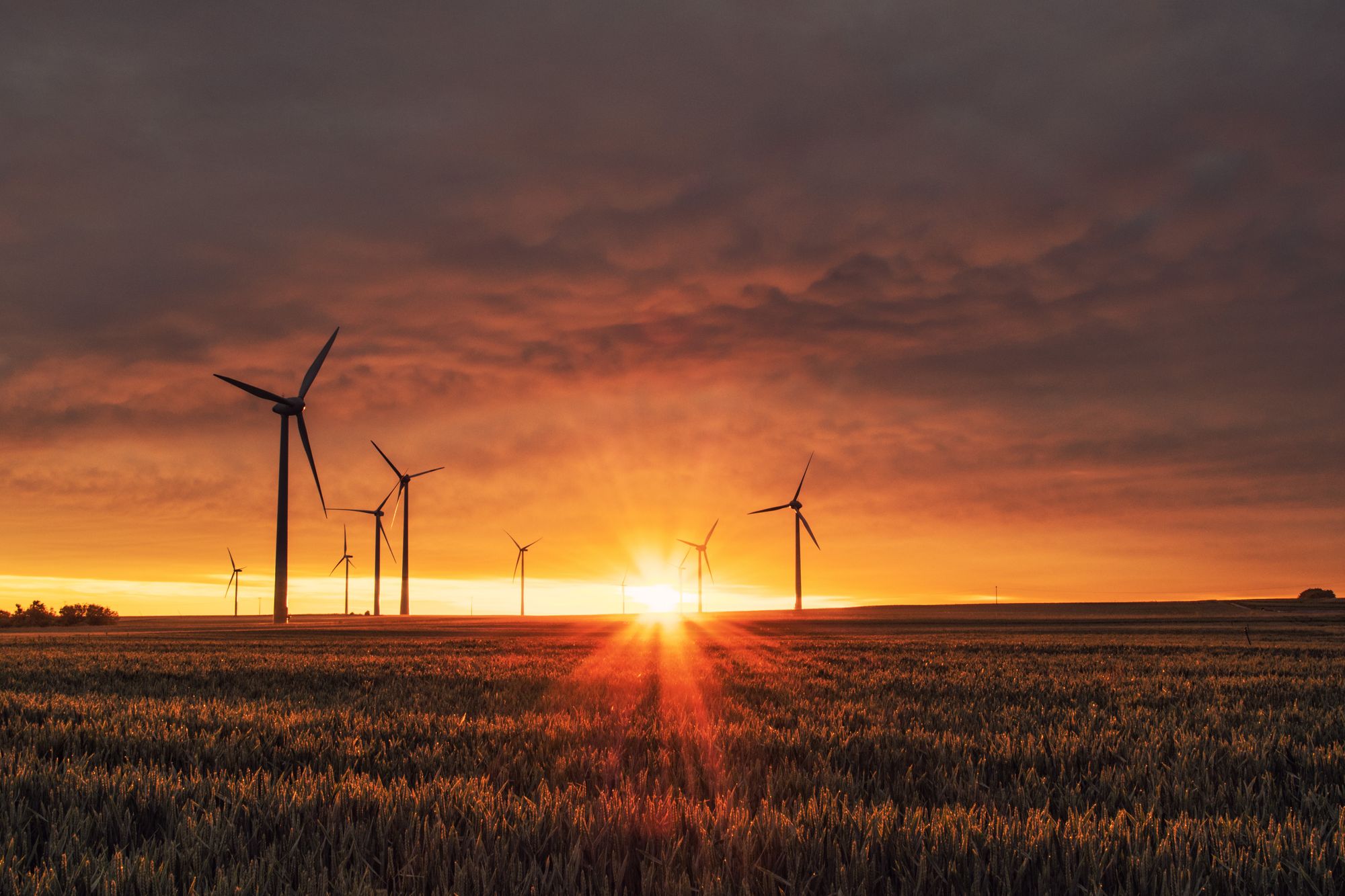 Climate fintech is being leveraged to help countries reach global net carbon neutrality by 2060, but its impact in turning the tide against global warming remains marginal. Industrializing countries and their burgeoning middle classes are seeing carbon emissions only increase. However, developed countries can use big data, artificial intelligence, analytics and machine learning to lift emerging economies in a concerted, sustainable effort. The climate fintech sector is still a growing, specialized field, a tiny blip in the larger finance sphere, but what results if climatization permeates every aspect of fintech? Could all fintech be transformed into climate fintech or incorporate substantive elements of sustainability? This level of transformation may be radical, but necessary for developed economies to aid developing countries in a sustainable manner.

Atone For Thy Fossil Fuel Sins

Developed economies in Europe, the U.S. and Asia have been leading the way with sustainability initiatives, leading to early investments in their respective fintech startup spaces. Governments contribute a limited amount of ESG (environmental, social, corporate governance) funds toward fintech, but they wield far more power with low-carbon regulatory mandates and policies that trickle down to institutions and investors. In Spain, financial institutions are required to publish specific decarbonization objectives of loan and investment portfolios. China mandates stricter ESG disclosures on their stock exchanges and regulatory commissions, pressuring their businesses to adhere to sustainability standards.

Europe has been the leader in green investments for years. The European Green Deal is investing more than 50 billion euros into decarbonization and has been consistently committed to net zero carbon initiatives, enabling an robust early climate fintech market compared to elsewhere.

“Europe has a more mature sustainable finance history and that has led to an ecosystem with a lot more innovation in climate fintech. Around 40% of climate fintech startups are domiciled in Europe. That’s definitely more than in the U.S. Now that Biden has won, the U.S. is playing an epic game of catch-up and working in a concerted effort with Europe on the same principles, which is trickling down to innovation hubs in San Francisco and New York.”
Aaron McCreary, Climate Fintech Lead, New Energy Nexus 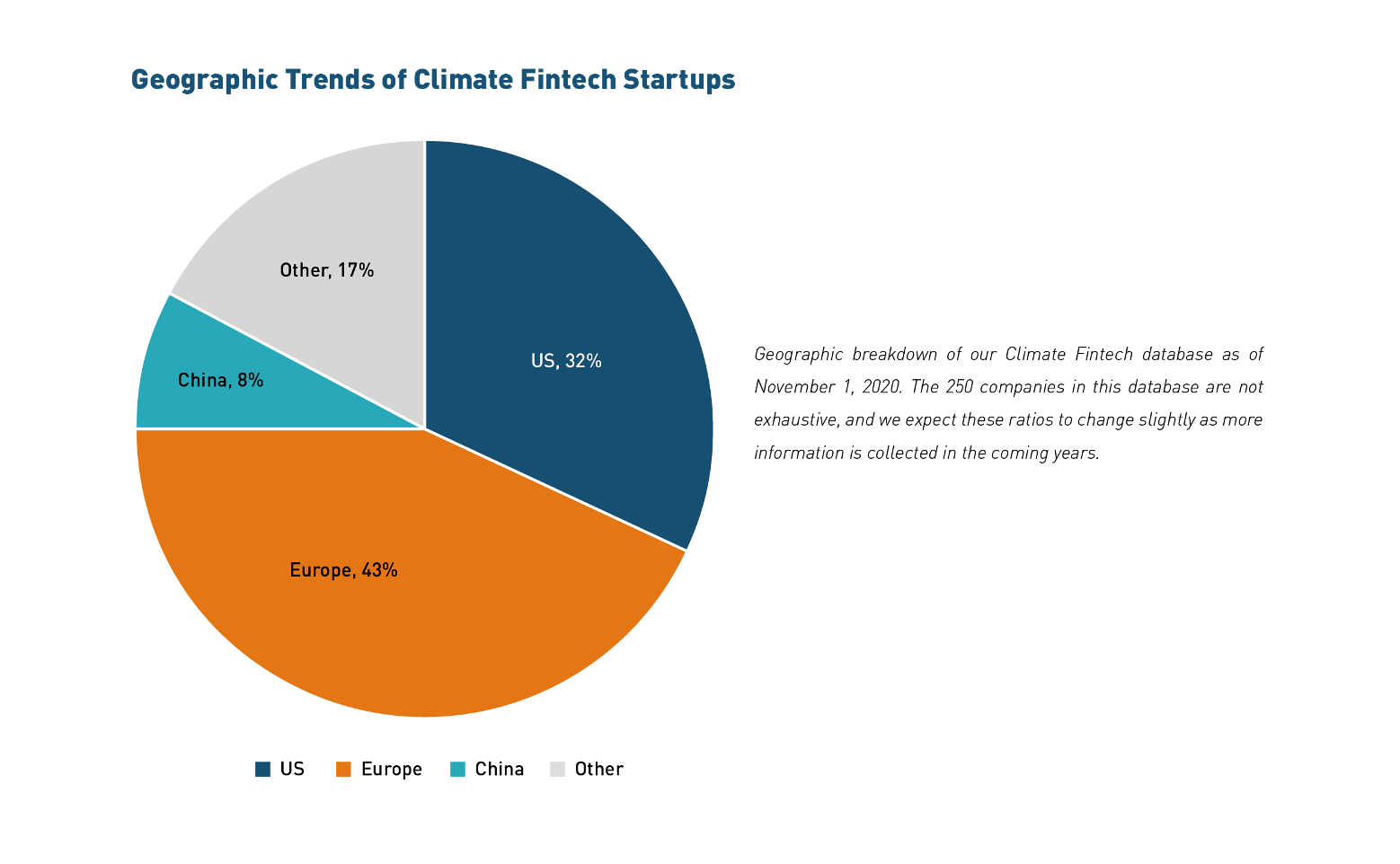 By rejoining the Paris Accords, a document emphasizing the outsized responsibility for developed economies to help emerging countries to deal with issues of climate change, the U.S. becomes a more formal partner in the global effort to create sustainable solutions in less developed economies, notes Andrew Karolyi, dean and professor of finance at Cornell's SC Johnson College of Business. The Accords create a framework to funnel investments to developing economies that have less of a financial cushion to recover from natural disasters, mobilizing capital for fintechs in emerging markets in a short amount of time.

“There is a limit of what developing countries can do, due to lack of capital and poor governance, but they’re hurt the most by the carbon footprint of developed countries. That’s why reducing carbon footprints elsewhere, outside of their own countries, can benefit climate change.”
Darwin Choi, professor of finance, The Chinese University of Hong Kong Business School

China is a paradoxical example of the complexities in climate change. The country both emits the most greenhouse gases in the world and is the world’s largest market for renewable energy and green financing. Though the government is pledging net carbon neutrality by 2060, they still expect greenhouse gas emissions to get worse (peaking by 2030) before it gets better. The rate of investments in their fossil fuel industry is dropping faster than the global average, however — further evidence of their commitment to climatization. 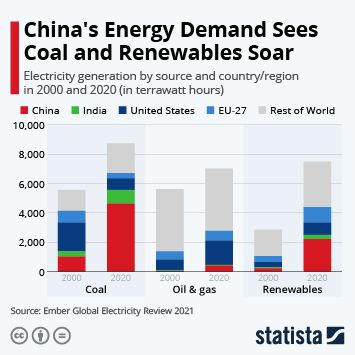 With a strong, centralized, supervisory authority, the Chinese government can certainly use heavy-handed policies to achieve their climate goals. Though there is generally less innovation in the green startup space, notable climate fintech efforts have branched off from existing fintech players, like the Ant Group, which pledged to be carbon neutral by 2030. One popular reforestation initiative launched by Ant Group is Ant Forest, which encourages customers to think about the planet and combines gamification and user stickiness to reward low-carbon lifestyles. When a user takes public transportation or pays utility bills online, they earn “green energy” points to plant a real tree in China, which can be verified by satellite images. Used by 550 million people now, Ant Forest has planted 100,000 trees, reducing carbon emissions by 11 million tons in just three years since the initiative was first launched. As digital platforms continue to expand their reach, the impact of such light-touch, low-commitment green initiatives will do so as well.

“Users feel a sense of achievement because they plant a real tree, contributing to society and the global environment. That’s an interesting feature that can be added to almost every payment application.”
Frank Weikai Li, professor of finance, Lee Kong Chian School of Business, Singapore Management University 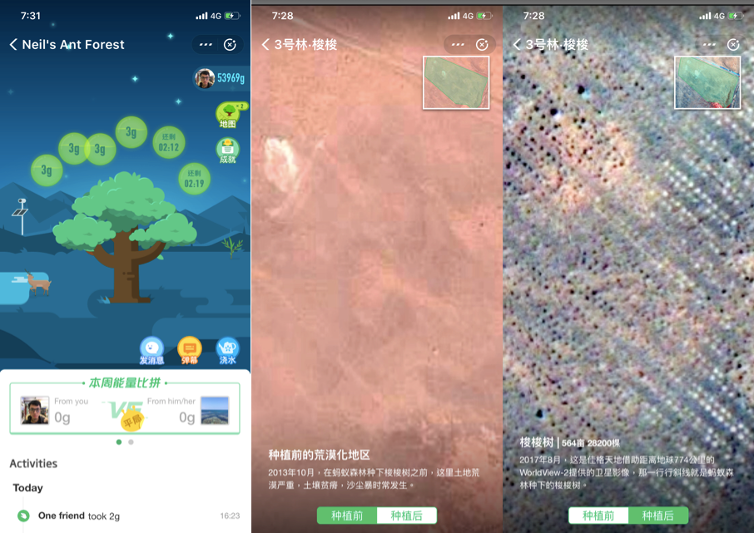 Alipay’s partner in the Philippines, GCash Forest, piloted a similar initiative in a rainforest outside Manila, with a goal to plant 1,000 trees every day for a year. The question arises as to whether this can be a low-cost method of rebalancing the carbon emission inequities between developed and developing countries. Green Finance Platform, a UN-sponsored consortium of global policy and finance leaders, performed a “Tech for Trees” study which found Chinese citizens willing to use the gamified Ant Forest model to plant trees in Central Africa.

What if a similar reforestation model was incorporated within every payment platform? One study showed that two-thirds of all carbon dioxide emissions in the atmosphere from human activity could be removed with a global tree-planting campaign, so the potential for such low-impact customer solutions should not be discounted. Adding a green feature to digitally native finance applications is not as physically challenging as converting incumbent fossil fuel industries to renewables — while requiring minimal effort or expense from consumers.

“Greening” can be applied to sustainable banking, lending with pay-as-you-go microgrids, investing with green portfolios, carbon offset trading, insurtech with incentives for using solar energy, and regtech with climate impact reporting. But these initiatives stop at their own borders, and deforestation continues in emerging economies, who sell their timber to wealthier countries. Although reforestation is imperative, newly planted trees don’t absorb as much harmful carbon gases as mature trees, blunting its theoretical impact. However, fintech can be used to create greater equilibrium in sustainability efforts by leveraging big data and artificial intelligence for a global risk analysis and predictive insights. In emerging economies where a mobile phone number is tied to a treasure trove of data, climate-vulnerable communities can invest in loan underwriting, crop insurance, and hedge supply-chain risks with real-time data. Supervisory and regulatory green policies in countries with good governance doesn’t mean low-carbon initiatives should stop at their own borders. Applying the same stringent standards abroad can elevate emerging economies out of exploitation and corruption.

Data analytics could rebalance the climate equation by factoring climate change when making business decisions like deciding the least disruptive locations for logging at any given moment, creating a more fluid system of sustainable industry capable of adapting to evolving conditions in real time.

A Step Ahead of Looming Disaster

Climate fintech is driving innovation in reducing carbon emissions with direct benefits to emerging economies, especially in Africa and Latin America. Tools like big data, artificial intelligence and blockchain can help streamline the path to net zero emissions with limited capital required. Currently, 75% of climate fintech startups are still in early-stage funding (less than US $10 million), according to New Energy Nexus. The biggest innovators are those culling information from satellite images and geospatial data to be utilized in a wide range of climate fintech roles in agritech, insurtech and proptech. Granular data can be wielded for both proactive solutions and defensive measures against climate change, cultivating business strategies adaptive to evolving landscapes while better understanding customer practices to create equally green- and consumer-friendly policies.

Climate fintech startups are proactively and directly changing the way farmers are managing their livelihoods with big data. One agritech company, Gro Intelligence, leverages data from satellite images, crop forecasts, topography and precipitation forecasts with AI and machine learning to predict droughts and locust swarms In Africa. This enables agricultural workers to better absorb weather perils and protect crops as environmental conditions become more severe. Armed with such kinds of data, farmers have created co-ops to share crop and livestock prices. Such innovations suggest the possibility for data-driven tech to do what it can to stay “one step ahead” of climate change’s increasing risks.

Tech applications can also promote measures through insurtech companies that weigh climate risks when evaluating premiums. Jupiter Intel uses satellite data, AI, machine learning, and IoT to generate climate risk portfolios of locations. The costly premiums to live in areas most affected by climate change may drive populations away from environmentally sensitive areas, and granular data will be a key element in timing and optimizing such population transfers.

“We’re using big data to adapt and protect ourselves against risks so we’re not bearing the full impact of climate change.”
Amine Ouazad, professor of economics at HEC Montréal

“The traditional way of calculating carbon emissions of each firm is very time-consuming and costly. Blockchain technologies can be specially designed to track who owns what and can easily track carbon emissions for each firm. With the amount of carbon emissions technology recorded by blockchain, you can develop market mechanisms to track market value.”
Frank Weikai Li, professor of Finance at Singapore Management University

The carbon footprint of a single digital transaction may seem discrete and inconsequential, but if implemented systemically, climate-friendly approaches to financing and incentivizing climate-friendly consumer practices will make a significant impact with relatively low pain to consumers and businesses. Net zero emissions won’t be achieved by a singular industry or country. It will require a transformation among all levers of society. But as the backbone for sustainable commerce and development in the critical decades to come, fintech applications will play a subtle, yet ubiquitous role in the looming battle against climate change.

Emerging Market BNPL: An Opportunity for Growth and Inclusion

Beyond the Last Mile: Reconsidering “Rurality”