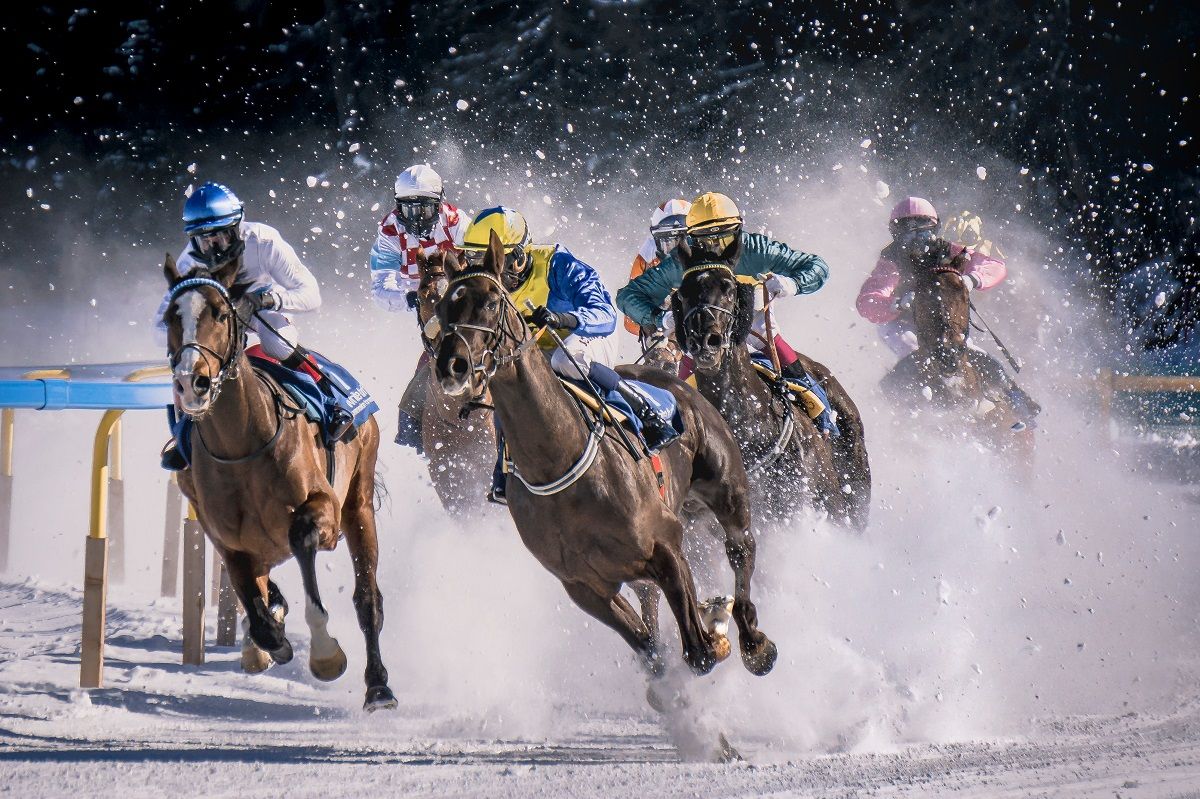 It’s sometimes assumed that competition in the financial services space is good for end users. If consumers can choose one bank over another, it incentivizes providers to offer better rates, provide superior customer experience, and adopt new tech to keep up with competitors. Chasing the latest innovations, however, can lead to an emphasis on front-end, “show piece” tech that leaves the legacy middleware and core systems - in other words, the parts of an institution which are most often in need of an update - out of date. True “digital banking”, some argue, instead focuses on modernizing banking processes - the actions which users carry out via their bank - and incorporating the necessary tech to optimize those processes. Moreover, if legacy institutions hope to compete in the new tech-intensive financial services market, they should be ready to commit to a more complete digital banking transformation.

Fintechs Have Joined the Chat

Banks don’t have to imitate the new kids on the block in order to compete with them. The typical traditional financial institution has different strengths and weaknesses than the average fintech, and those differences make it easy for banks to compete with fintechs in some areas, and impossible to do so in others. Likewise, banks enjoy a breadth of capabilities which new entrants to the space can’t match. For example: digital-only “challenger bank” Starling Bank was founded in the U.K. in 2014 and launched a beta of their app after receiving a restricted banking license in 2017. The app initially featured current accounts; a year later, Starling introduced single-owner business accounts, and later rolled out multi-owner business accounts and euro currency accounts. Staggering their offerings was necessary to Starling’s journey not only for compliance, but from a strategic standpoint, too. Picking off distinct segments of financial services where Starling could compete was much easier than trying to be a better bank in every way for every U.K. customer.

Instead of brawling with the big banks directly, fintechs can compete with banks in certain niches by deploying innovative technology, creating a unique customer experience, and going to market quickly. The good news for banks, then, is that while the industry at large will become increasingly competitive with time, they are more likely to compete with different players on different fronts than to face a single, existential adversary. But this paradigm also means that customer expectations will rise across the board, and considering that everything from ride-hailing to food delivery and car rentals are now smoothly taking place on mobile apps in both developed and emerging markets, customers already have high standards for digital experiences.

The New Game In Town

Keeping up with the competition is a valid reason for a bank to embrace emerging tech, but adopting a lasting digital strategy requires more than merely matching competitors channel-for-channel. Furthermore, new technologies may represent an opportunity for established institutions to take advantage of their existing data, market position, and product portfolio, which unseasoned fintechs obviously can’t do.

The wiser approach, then, might be to rehabilitate legacy systems to the point that they become a strength rather than a weakness. Technology has emerged in recent year with the potential to improve almost any aspect of how banks serve their customers, and if serving customers well is a bank's priority, investing in digital channels is a must. Deloitte’s 2018 Global Digital Banking Consumer Survey found that 82% of respondents used online banking at least once, and 71% had used a mobile app at least once to access their primary bank. Not only were these found to be the most widely-used channels overall, but when it came to the most frequently-performed user actions like P2P transfers, bill pays, and balance inquiries, digital channels dominated, representing the preferred channel for over three-quarters of users. 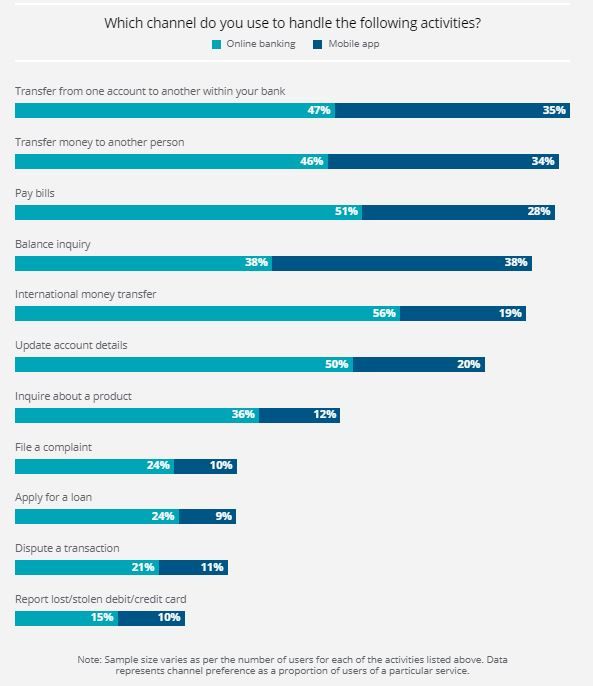 It's tempting to draw the conclusion that because consumers want to transact via digital channels, the answer is to create front-end apps which enable just that. However, that is akin to a digital veneer; only modernizing the part of the bank which end users directly interact with leaves the rest of the structure in decay. That structure, moreover, is the site of real value; how much value does it add to a bank's customers if they can apply for a loan via an app, but slow back-office processes mean they must wait three weeks to learn whether they were approved? If a bank's middle- and back-office aren't refurbished right along with their customer-facing elements, then they will find themselves at a disadvantage relative to fintech firms who are digital-first from stem to stern.

Tradition institutions who have recognized the need for comprehensive digital transformation have some options. On the customer-facing side, developing a banking app can be fast, easy, and simple or it can be time-consuming, laborious, and complex - depending on the desired features and integration capabilities involved. Services like NYMBUS offer financial institutions the ability to launch a digital bank under an existing U.S. charter in as few as 90 days, while some megabanks like BBVA have been slowly morphing into tech firms over the past 10+ years. More features obviously require more investment and a longer runway. The range of customer-facing features that banks can build into their apps is truly endless, with the list seemingly growing by the day.

One layer down from the front-end, banks are increasingly moving toward Open APIs which allow users to grant data and other permission to third party apps. If a user wants to use an app like Pocketguard or CreditKarma, for example,to manipulate or gain insights into their data with a primary bank, APIs are what enable such functionalities.

Customers can benefit directly from the innovation that Open APIs encourage. CGAP cited a case last year in which an app called PiggyVest (formerly piggybank.ng) helped Nigerian residents collectively save over 1b Naira (almost $3 million) by allowing them to create savings plans; the app would then automatically deduct funds from their accounts and keep the cash safely stashed away - much like a piggybank - for as long as their savings plan specified.

The Deeper Level to This Game

Banks should give customers the basic digital tools they want for day-to-day banking, and they should configure APIs to give talented developers the chance to create value for customers. But at the core and middleware layers of a bank's operations, in areas like Anti-money Laundering, Loan Origination, and Data Management, are where innovative tech can possibly make the most lasting difference.

There's no shortage of buzzwords in banking nor in tech, so it's only natural that the intersection of the two should be rife with them (a glossary does exist, for the curious). However, behind every buzzword could lurk an innovation with real competitive potential.

Take Machine Learning, or ML, which "utilizes Artificial Intelligence (AI) to provide systems with the ability to automatically learn and revise from experience, without the need for explicit programming." Los Angeles-based Zest AI turns that abstract idea into software which improves underwriting by "resolving the clear-cut approvals or denials to free up human underwriting resources to focus on giving better service to the tougher-to-score cases in the middle," according to Bruce Upbin, VP of Communications at Zest AI. Not only does it make business sense to optimize underwriting through ML, but doing so also creates positive outcomes for underserviced users. Zest's solution, for instance, allows those "cases in the middle" to get more attention, reducing the chances that creditworthy loan applicants are denied for lack of creditor attention. Coupled with methods like alternative credit scoring, machine learning could directly lead to better credit access for borrowers whom banks have traditionally overlooked.

Upbin has noted an uptick in seriousness about ML for banking over the last year alone:

Unlike last year, people are ready to use ML in their underwriting. People ask how we can help them adopt ML, instead of asking why ML would benefit them. And, to be honest, we heard a lot of people say they want to do ML everywhere all at once. Lenders are asking how Zest can bring AI into several different pieces of their business, including marketing, fraud, and (especially) servicing.
Bruce Upbin, VP Communications, Zest AI

Banking's focus on pushing out digital interfaces may be giving way to a more comprehensive attitude toward tech, and not just to stave off competition from fintechs. Many innovations have the potential to improve efficiency across a bank's entire operations while creating favorable business and impact outcomes. But if it's worth doing, it's worth doing right - and that means embracing tech at every layer and every level of an institution.