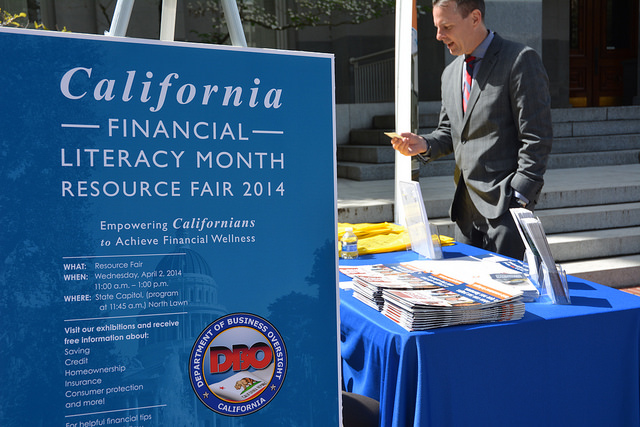 Generally speaking, financial literacy has belonged in the wheelhouse of public entities. With even the citizenry of wealthy countries lagging by many indicators, national governments have slapped together agencies, boards and commissions in a bid to hatch financial literacy road-maps. According to the Financial Literacy and Education Commission, the United State's stab at a synchronized effort on the federal level, such initiatives intersect at multiple axes.

"The Commission’s vision is of sustained financial well-being for all individuals and families in the U.S. In furtherance of this vision, the Commission sets strategic direction for policy, education, practice, research, and coordination so that all Americans make informed financial decisions."The Financial Literacy and Education Commission

And while this is far from an appraisal of programming by the public sector (whether that be policy, education or public-private partnership building), the numbers communicate some alarming failures. In the United States, whose high-income status should theoretically place it in a stronger position than its low or middle-income counterparts, financial literacy is mediocre at best, abysmal at worst. 29 percent of families have less than the USD$1,000 in savings. 1 in 3 Americans have set aside nothing for retirement. 38.1 percent of households are floundering under credit card debt amounting to, on average, USD$16,048 with an APR of 16.47 percent.

And here is the somewhat unsettling punchline: the United States ranked 14th on Standard & Poor's Ratings Services global financial literacy survey. Where most gloat to be in the top ten percent of any standing, here the upper echelons still have their work cut out for them. The moral of the story, then, is that gains in financial literacy should be welcomed at any and every turn. Within this context, that the private sector is blending financial literacy into product strategy should be interpreted as good news. From wealth management to savings, from agent network banking to crypto, corporates are connecting the dots that a more sophisticated understanding of financial services could translate to an uptick in product usage.

When it comes to stock-options, millennials are sheepish. Insecurities over their own proficiency in investing are compounded by distrust in the post-2008 system and the mile-high piling of student debt. Voleo, whose social platform for investment clubs has lowered entry barriers and incentivized pooling resources (which both minimizes trading commissions and maximizes investment impact), has partnered with Nasdaq to jointly host a national, simulated investment challenge for university students.

On the Voleo SimuTrader platform, teams collaborate and tinker with shares to flush out their own portfolios and ETFs through fictitious currency. The result is a low-risk but 'gamified' environment in which millennials can become acquainted with equity markets and public companies while vying for pride and prizes.

"The original contest was a first step in our engagement with young people, who were both our beta-testers and our marketers. Now that our product is live and available for investors, we are returning to this audience to expand on the foundations of financial literacy already in place. Our platform will soon integrate financial literacy directly, likely through a question of the day that relates to the markets, valuations and personal finance management more generally, which will lead to more knowledgeable, self-assured clubs." Thomas Beattie, Chief Executive Officer at Voleo

And while these choices by Voleo certainly create positive externalities for financial literacy, they too reflect a calculated approach to product adoption. According to Mr. Beattie, Voleo has not yet seen these investments in student groups churn into significant tangible revenue. But, he is confident that millennials are a worthwhile long-term investment who, when informed, will shy away from traditional advisers that could gobble up to one-third of their lifetime assets.

Savings products, in particular, are a prime spot in which financial literacy campaigns could earn their keep. Surveys by Raddon, the consulting arm of Fiserv, documented the correlative relationship between 'budgeters' and 'interest-rate trackers' (who are comparatively more knowledgeable about productive financial behavior) and increased usage - at least in regard to savings and checking. 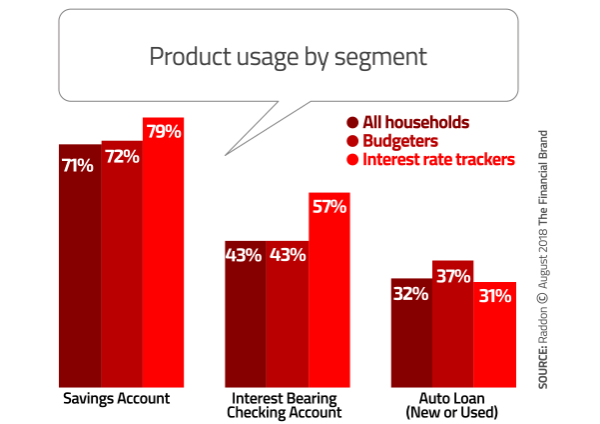 Banks have caught onto this, and reacted accordingly. Fifth Third Bank deploys Empowerment Mobiles, retrofitted city buses rigged with computer workstations and Internet connectivity, to coach low- and moderate-income neighborhoods on the basic principles of financial literacy. More than 400,000 potential clients have stepped on board since the program's inception, which culminated in 1,800 product referrals in 2017 alone.

Community Spirit Bank, instead, invites high school seniors onto its premises directly, who then rotate shifts as branch tellers. The hands-on learning is both reinforced with a digital platform and actualized by a student-specific savings scheme that, with parental approval, allows teenagers to open a checking and savings account for a one dollar fee. Since the one dollar fee-structure was introduced in 2017, Community Spirit's in-school branch has processed USD$77,000 deposits between 200 new accounts.

National contenders like JPMorgan Chase Co, Santander Bank and Bank of America Corp have leaned into similar programming through partnerships with non-profits and the public sector. But with the proliferation of financial health apps that reverberate key parts of financial education - Mint, Wally or You Need A Budget, just to name a few - the precedent model is ripe for tweaking. The acquisition of Level Money by Capital One back in 2014 was one of the first inklings, while Goldman Sachs's recent purchase of Clarity Money underscores that banks see personal finance management tools as a good investment for business. Digital-only banks, such as Monzo and Starling, have even opted to write such offerings into their DNA code.

Targeted financial literacy interventions can graduate users previously deemed undesirable in accelerated, unanticipated ways. A few weeks ago, Mondato Insight shed light on the hyperinflation crisis in Venezuela. The instability of the Venezuelan Bolívar has thrust cryptocurrencies from the fringe into the mainstream, as people cling to any means available to secure their wealth. To be expected, though, the average Venezuelan (like most of the world) is no casual connoisseur of crypto.

Dash, one of the token success stories to emerge from Venezuela, has risen to the occasion. It goes directly to the source (here, cafeterias of schools and universities) to empower young Venezuelans to take back a semblance of control in their financial lives. While the demo is Dash-centric, showcasing the coin as a payment mechanism, the sales-esque nature of the pitch and lecture doesn't nullify the larger impact - edging a population closer to a basic literacy in digital money and cryptocurrencies. Cryptogene, a Nigerian blockchain startup, has it sights on similar informational objectives in Africa.

Sometimes, however, the leap-frog brought about by financial literacy campaigns involves products less foreign than crypto. In South Africa, traditional banks can roll-out branchless banking through Wizzit's mobile technology onboarding platform. While Wizzit's concept of digital banking isn't exactly breaking the mold, its method of finding and priming outside-of-the-box clientele is worth a pause. Wizzkids, who hail from the same communities they operate in and were formerly unemployed, are brand ambassadors tasked with improving both financial literacy and Wizzit's reception. For each conversion (here defined as an account sign-up), they receive commission. In addition, they receive annuity income based on the transaction level of the account holders, thereby incentivizing a long-term arc between Wizzkids and their customers.

Wizzit's strategy is just one of a series in which commercial sense overlaps with the greater public good of financial literacy. And, with the short-comings of current financial literacy policy on full display, this isn't a case of either or (or public or private), but a case of all hands on-deck.

Fearless Fintech: Chipping Away At The Gender Gap