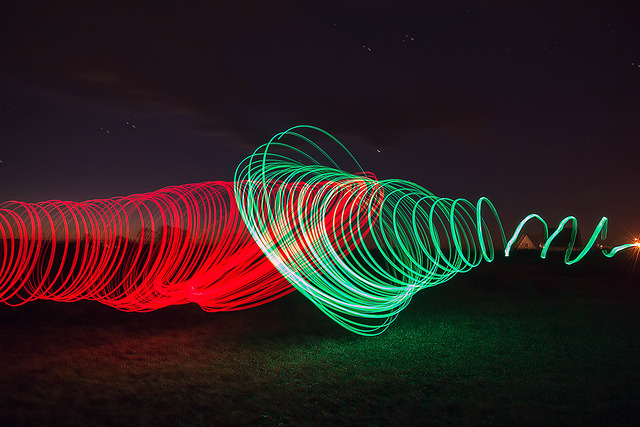 These days, and with very few exceptions, if you aren’t doing mobile then you aren’t doing it right. Mobile phones (or as we often note on Mondato Insight, more accurately termed handheld computers with voice-calling capacity) seem on an unstoppable trajectory to be the primary access point to the digital economy. This has obvious implications for telcos, meaning alternative revenue streams, such as mobile financial services, become increasingly attractive and important (dumb pipes redux). But the converse is also true: if you are a financial service provider (FSP), why pay to use somebody else’s pipes, when you can own them yourself? The result has been observed recently, in a spate of investments by FSPs in telcos.

Recently, Mondato Insight examined the eclectic whirlwind of mergers and acquisitions (M&A) between tech companies, banks and fintech solution vendors that has recently marked something of a consolidation in the fintech and mobile payments space. Whether the driver has been the identification of synergies and the potential for cross-pollination, or just big-money legacy stakeholders buying out insurgent innovators, the result has been a mishmash of overlapping interests.

But one area in particular is deserving of particular scrutiny when it comes to Digital Finance and Commerce (DFC), namely the interaction between Mobile Network Operators and financial service providers (FSP), a relationship that, in some senses, gets right back to the roots of the mobile money and digital finance revolutions. One of the big remaining questions is even though traffic is two-way, who stands to be the winner: telcos getting into MFS, or finserv companies buying their own pipes? And, additionally, are there any commonalities between these merged entities?

In February of this year, Millicom announced the sale of its Tigo Senegal operation to Wari, the Senegalese money transfer operator whose network spans 60 countries and counts half-a-million sales points. Although Millicom CEO Mauricio Ramos’s official statement exhibited no great enthusiasm for the sale, portending its collapse this summer, Karibou Mbodje, CEO of Wari, struck a much more upbeat note:

By pooling the advantages of mobile telephony offered by Tigo and the world of benefits provided by Wari, a leading platform for digital financial services, we combine the expertise, energies and ambitions of our teams and our two groups in order to offer more convenient and affordable services to users. Karibou Mbodje, CEO of Wari

Despite Tigo Senegal revenues growing 10% 2015-2016, Millicom’s planned withdrawal from Senegal is part of a larger strategic decision to dispense with its African operations in order to focus more on its Latin American markets that account for around 85% of the group’s US$6.2bn revenues. And the deal made perfect sense for Wari, allowing it to become the second largest MNO in Senegal, and giving the company an opening to challenge Orange and Orange Money across francophone West Africa. Hotly contested narratives of the deal’s collapse have followed, and litigation seems possible. Nevertheless, had the deal gone through, it would have offered an interesting Petri dish in which to observe what happens when an MTO becomes an MNO in a market where mobile money is flourishing.

Much secrecy surrounds the sale of Tigo Senegal to a consortium composed of Iliad founder Xavier Niel, Senegalese mogul Yerim Sow, and the Franco-Malagasy tycoon Hiridjee family, including its price and the relative shares of the new owners. But from a DFC standpoint, there could still be some interesting developments that emerge from the new consortium’s acquisition of Tigo Senegal. While Iliad’s interests remain strictly in the realms of broadband and mobile, Yerim Sow and the Hiridjees' interests span both banking and telecoms, in Senegal for the former and in the Indian Ocean for the latter.

It remains to be seen to what degree either the Hiridjees’ Axian Group or Yerim Sow’s Teyliom wish to use their ownership of Tigo Senegal to strengthen their other businesses in MFC verticals, but the synergies clearly exist, and in both Senegal and Madagascar, Orange and Orange Money are key competitors in both the mobile and mobile money markets. Axian Group’s Telma is the market leader in Madagascar for both telephony and mobile money, with almost 2/3 of the mobile money market, by some measurements.

We intend to provide the leading transacting system for the billions of unbanked and under-banked people in the world to engage in electronic transactions, to be the provider of choice for secure mobile payment and other card-not-present transactions and to provide our transaction processing, value-added services processing and healthcare processing services globally. Net1’s strategic vision

Unlike Wari’s rival consortium in Senegal, Net1 is open and proud of its vision and intent behind investments such as that in Cell C. The company is listed on the New York Stock Exchange with a market cap of over US$500m and its subsidiary Cash Paymaster Services (CPS) distributes social grants to 10 million beneficiaries in South Africa on behalf of the government, but its sights are trained on targets beyond South Africa.

By the company’s own reckoning, it aims to “pursue strategic acquisition opportunities or partnerships to gain access to new markets or complementary products,” and has subsidiaries in Hong Kong (Transact 24) and Europe (Masterpayment). Although South Africa has repeatedly proven to be a graveyard for mobile money deployments, Net1’s stake in Cell C certainly opens the door to offer complementary value-added services to both companies’ customers.

And of course, Alipay's parent Ant Financial, increasingly recognised as the big daddy of mobile payments, has been on a global spree of strategic investments and M&A, as discussed earlier this year by Mondato Insight. Ant Financial's substantial minority stake in the Philippines' Mynt (the subsidiary of Globe Telecom that operates the grand-daddy of mobile money deployments, GCash), is the closest it has come, thus far, to a telco investment. But in many respects, the subsidiary nature of GCash means that such an investment wasn't even necessary: Alipay was able to skip the telco main course and go straight to the Mynt dessert. The Chinese giant's rumored 45% stake in Mynt has given it a plenty big sandbox in which to experiment with additional mobile payment functionality, in addition to its own QR-based system.

Let's not forget either that none of this is novel. Way back when mobile money was barely more than a dollar bill made into a paper plane, Dahabshiil went the whole hog and acquired its own MNO, Somtel, in order to launch its mobile money deployment, E-Dahab, and take on the popularity of Telesom's Zaad. But despite being the largest MTO in Africa, E-Dahab has been largely confined to the borders of the unrecognised state of Somaliland. And Kenya's Equity Bank attempted to (almost) reinvent the wheel through its use of overlay-SIM cards and its own MVNO in an attempt to take on Safaricom.

It would seem to be much too brash a statement to declare that telcos are on the back foot, even if we are seeing new and interesting trends in certain corners of the market. But what is striking in terms of the overall pattern is the transnational nature of the complementary and overlapping business interests in this area. In many respects this makes sense: when capital is global, targeted overseas investments by finserv companies and MTOs allow them to test mobile distribution platforms and other potential advantages that could grow their core financial business. The big test will come when they take the lessons learned to their home markets and try to apply them there.

A financial services company with an MNO arm seems a more viable proposition than a telco running its own bank, as the recent Orange Bank debacle demonstrated. And what of the dog that didn't bark? Why are none of these strategic and tactical investments in MNOs coming from the blockchain?

In truth, while this investment trend is noticeable and important, the sample size remains too small to draw any clear or strong conclusions. However, everyone with an interest in the future of the MFC space would do well to observe closely the development of the cross-pollinating M&As, for they might well hint at significant trends that may determine many MNOs' futures.

What To Do When A Credit Agency Equifax Up?

Is Digital A Conduit For Hate Groups?