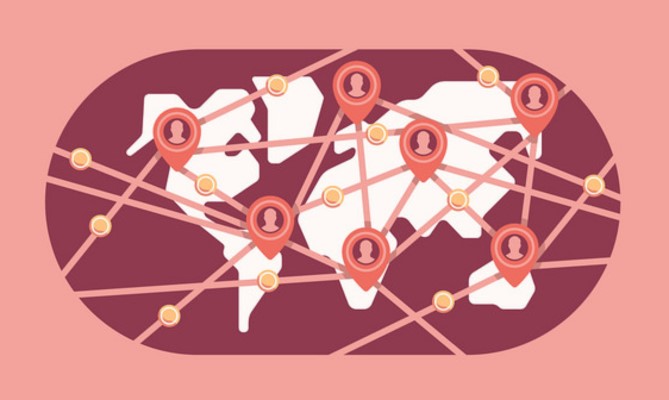 Sometimes it feels the only thing more overhyped than blockchain is Bitcoin, the notorious cryptocurrency built on top of it, oftentimes to the exasperation of those working on the digital architecture side of the equation. And yet, by all appearances, blockchain evangelists are correct in that the tech isn’t going away any time soon, and indeed the conversation is rapidly evolving.

As Mondato reported from Money20/20 last year, “if 2015 was about explaining blockchain and 2016-2017 about understanding the right use cases, then going into 2018 conversations will focus on the path to implementation.” Use-cases are starting to cautiously cross from pilot to market. Leaving aside the glamor of cryptocurrencies and ICOs, blockchain’s more modest - yet tangible - accomplishments in trade finance and supply chain management give an early taste of the possibilities promised, although that taste should also be paired with a generous glass of reality. 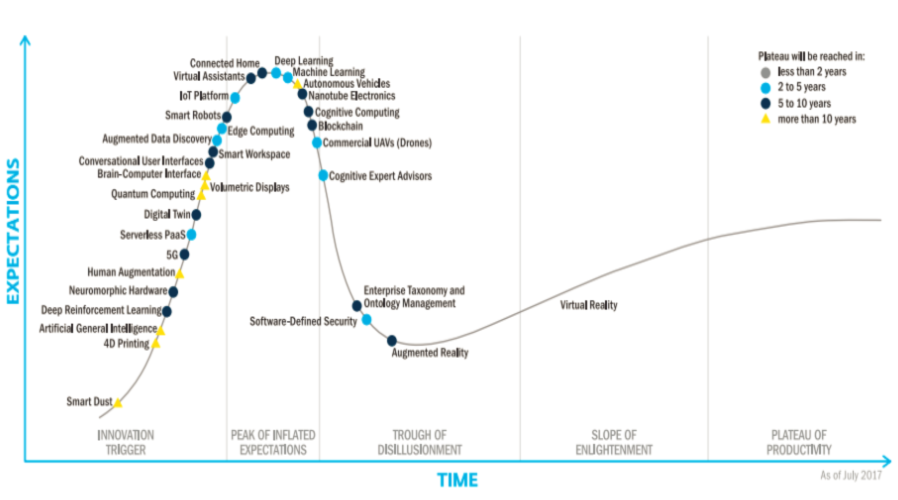 The reality is that blockchain computing is in its infancy, and for all the seemingly limitless areas of disruption "right around the corner," its actual delivery doesn’t match the pitch decks as of yet. This lesson has been proven out through bandwagoners seeing a quick fix to struggling operations (Long Island Blockchain Iced Tea, anyone?) as well as those joy-riding the blockchain media-hysteria roller coaster, similar to that of Swiss-based startup Agora gloating of its role in the world’s first ‘blockchain-powered election’ in Sierra Leone this year. Spoiler alert, not only were the claims of actual involvement in the election wildly overstated in the media (if not outright misrepresented by the CEO himself), but the blockchain-run vote count didn’t match government records. Widespread blockchain inspiration did not subsequently abound.

Even the potential for blockchain to disrupt the remittance market, a seemingly obvious fit given the trust-sensitive, middleman-heavy and traditionally expensive nature of cross-border transactions, has seen only limited traction thus far. While blockchain-remittance companies like BitPesa have indeed shown impressive growth and made inroads into select transaction corridors, the threat of a regulatory about-face (for example, a $25k minimum limit per transaction imposed by Kenyan authorities this year) is less a black-swan than a constant Damocles sword.

As discussed in a previous Insight examining central bank digital currencies, the vision for crypto hasn’t exactly been reconciled with how nation-states are currently configured. We might then be wise to consider blockchain potential in emerging markets as distinct from its enticing crypto-cousin on the perpetual cusp of taking off - either to the moon, or like Icarus, too close to the sun.

At the same time, the knee-jerk belief in blockchain to address any and every developing country challenge should be tempered by a sober reflection on whether the fundamental obstacles to a use-case in question are best served by blockchain solutions or, just as well, by simpler ones (like investing in worker glasses). And yet, let us not lose the blockchain for the trees. Irrespective of the hype, an undeniable step change in blockchain technology over the last few years has already resulted in market deployment of select applications.

Blockchain applications in trade finance may not have been the earliest blockchain use-case out of the gate, but arguably, the first to market. The multi-party nature of international trade - involving lending, issuance of letters of credit, insurance and logistics among service providers, financiers, credit agencies and insurers - renders the common ledger system of blockchain particularly valuable in streamlining verification across all parties.

And with the development of Ethereum, the so-called ‘second-generation’ protocol of blockchain due to its focus as a distributed computing platform rather than as a currency like its Bitcoin predecessor, pre-defined actions can be baked into agreements between transactive parties. These ‘smart contracts’ are designed to authenticate and automate much of the back-and-forth that humans currently manage manually in getting the ‘ducks’ leading up to an international shipment of valuable commodities in a row.

A simple analogy might be: rather than writing an email from scratch to confirm receipt of one document and sending back a countersigned version, everyone involved presets the appropriate reply-all. This ultimately results in a hands-off conversation ‘between inboxes’ where each appropriate response is automatically triggered by the previous. In describing the savings this process is expected to bring to the chain of players involved in each stage of global trade, from manufacturing to shipping to distribution, the CTO of Citibank put it bluntly:

“We expect to see a reduction of 70 percent to 80 percent in costs on supply chain management by using blockchain.”
Amit Varma, CTO Citibank, June 2018

Given that trade finance is a $9 trillion dollar business, with an additional $1.5 trillion to be unlocked in hard to reach parts of Africa and Asia, if blockchain fulfills even a sliver of its expectations in the sector, it could certainly portend a new set of winners and losers.

A Race For Two

While the general population grapples with what blockchain is at all, the past few months have seen international banks intensify their jockeying to get first-mover experience in blockchain-run trade finance. Two major camps have emerged: those with Marco Polo (a multi-bank consortium started by enterprise blockchain startup R3 and trade finance specialist TradeIX) and those with We.Trade (a private finance blockchain platform born of IBM’s decisive blockchain pivot and initially targeting SMEs in Europe).

While the former builds towards a vision of a big-tent "universal trade network” and aims to go live before the end of the year, the latter wants deals done today. We.Trade has apparently succeeded in this goal, with 10 live transactions executed over the last month. HSBC confirmed, for example, the successful use of the platform for a shipment of soy from Argentina to Malaysia late July, and reports of other transactions are rolling in as we figuratively speak.

From a competition perspective, the way blockchain trade finance platform skirmishes play out around the challenge of interoperability provides further insight into when and how technology actually helps us play nice when money is at stake - a debate certainly familiar to Mondato readers across the digital landscape. Like with mobile money, creating the conditions for interoperability is imperative to providing a more valuable product to end users. Allowing mobile money users on telecom rails to send or receive money across any network, for example, requires the right incentives for operators to cooperate with their "opponents" rather than compete with them on market share. The nature of inter-platform competition under conditions of tech- and game-theory inspired smart-contracts, is as interesting as it is exciting for those watching the space, whether for signs of technical performance, commercial viability, or other augurs of the digital future we are building.

On this topic, it’s important to note that as of today, the core players laying the rails of the trade finance blockchain are all part of the Hyperledger project, a Linux Foundation initiative committed to open source code for distributed ledgers. As Keith Bear, IBM’s Vice-President of Financial Markets, noted in late 2017:

“Any provider of a blockchain technology who wants to open source it can provide it into the Hyperledger project...if the consumers – the corporates in this context – or the banks that are [providing] service to those corporates, wish networks to come together, then I’m sure providers like ourselves and others will have the incentive to facilitate the interoperability.”
Keith Bear, Vice-President of Financial Markets at IBM

As the heavy hitters of trade finance begin to test the heretofore ethereal promises of blockchain in the all-too-real fires of international markets, technologists are still hard at work addressing fundamental challenges to its scalability. Some of the most important challenges to overcome lie not only in terms of transactional capacity, but sustainability.

Given that the computing power needed to verify transactions across the whole distributed network (and maintaining the system's security and trustworthiness) the number of transactions that can be processed through DLTs is currently bounded. Using crypto-transactions as a proxy, Ethereum is usually estimated to process around 15-20 transactions per second (tps), an improvement over first generation Bitcoin at 7 tps, but a far cry from Visa at 56,000 tps, or even Paypal at 200 tps.

Furthermore, the computing power required to process blockchain transactions can actually have some significant negative externalities. The electricity input required to power algorithmic Bitcoin mining, for example, though it remains both hard to quantity exactly and south of 1 percent of global electricity consumption, still represents electricity consumption on par with Austria’s, and absolute growth is expected by some experts to outpace energy efficiency gains.

Finding viable use-cases for the technology despite the inherent limitations presented by its youth (Ethereum, the technology enabling ‘smart-contracts,’ was released just three years ago) is fortunately not a job with a dearth of applicants. The natural first follower to the trade finance early successes will perhaps be the supply chain management processes that interlock with them. Here, advances in IOT and AI also provide interesting intersectionality. Bear witness to the partnership between GSK and Viant (a division of Ethereum co-founder’s Consensys) for pharmaceutical shipments or between US-based Skuchain and Japanese tech giant NTT using RFID proximity scanning through mobile phones, eliminating the need for factory workers to account for each pallet of goods along the supply chain by scanning them individually.

While these projects have not yet emerged from pilot phase the way trade finance has, there are certainly early achievements to warrant balanced optimism. Bext360, a coffee provenance provider, has built a raw coffee bean analyzing machine that uses machine vision and predictive analytics to provide growers at source with a precise and transparent share of the final coffee product through a blockchain-audited value chain. This means that in Colorado, one can purchase blockchain-verified Ugandan coffee, and at $14.25 for a 12 oz bag, a comparable price point to that of upscale coffee products.

While product-market fit is likely to remain the litmus test for many skeptics as of yet not converted to the Good News of Blockchain, the conversation does indeed seem to be moving from theory to implementation. For the development of trade in emerging markets, smart contracts combined with advanced supply chain management certainly represent early indications of the value of mitigating risks through increased visibility, which should entice investors on the fence about investing in Africa or Asia, for example, across a number of sectors.

It is likely the value proposition for blockchain applications will continue to evolve from theoretical to proven - leading to incremental implementation of further blockchain ‘sweet spots’ for emerging market blockchain applications like digital identity management (with its concurrent KYC value), fund disbursement transparency and land-registration. As the bar for delivery has been raised by blockchain in trade finance, however, it will no longer be enough to just turn heads with novel approaches, white papers, funds raised or even partnerships signed.

To avoid languishing in the trough of disillusionment, blockchain applications will need to prove they can move the needle - or at least some volumes.

Are Some Markets Immune To The X-Pays' Advance?

Keeping Customers At The Center of Digital Finance