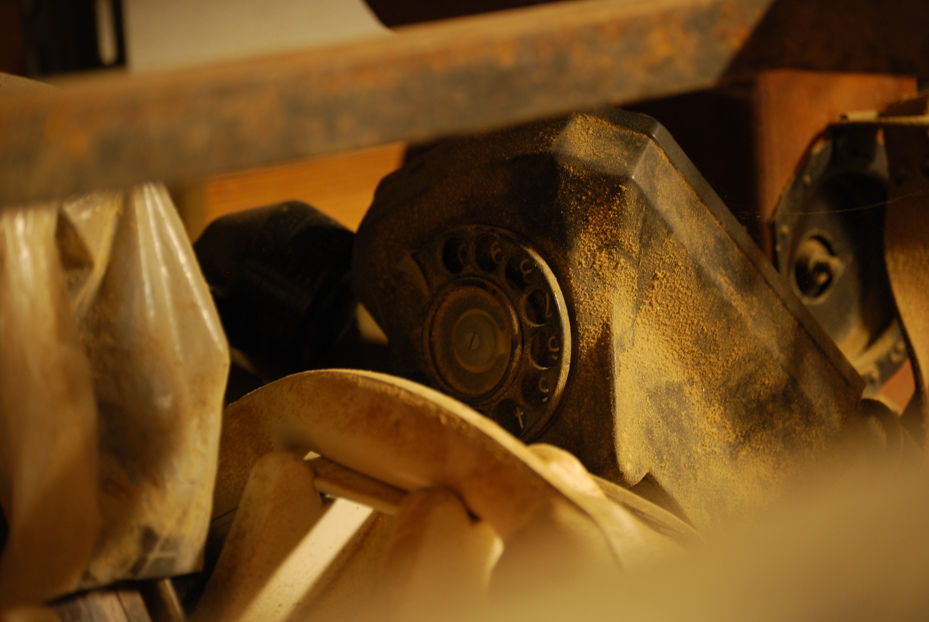 It is a curse that has rattled formal financial service providers both big and small, from players with billion dollar revenues to grassroots microfinance institutions. While the number of registered mobile money accounts is often a bragging point in external advertising, upon closer inspection activity rates leave much to be desired.

Crossing this chasm from access to usage remains a priority in the interest of economic development and sustainable business practices. Identifying the trailing off point between account open to a dusty phone function, then, has been an outstanding item on the Digital Finance and Commerce (DFC) ecosystem's to-do list. The problem, however, might be deeper than first imagined. Are products resonating with low-income markets? New case studies and literature suggest that the fatal flaw might be built into the product proposition itself, and without a re-conceptualization of financial services for the poor, headway on usage could continue to stall.

At the highest level, as of the end of 2016, there were half a billion registered mobile money accounts. Of those, around 170 million were active within the last 90 days. From an even more granular monthly perspective, 118 million accounts displayed some kind of life in December 2016.

Absent of benchmarks, though, not much can be gleaned from the numbers alone. The GSMA's Decade Edition of the State of the Industry Report on Mobile Money documents a well-defined upswing in account figures, but the degree of that upswing - whether baby steps or leaps and bounds - is ambiguous.

In 2015, for example, Kenya and Tanzania were the two industry dynamos, with over 40 percent of each country's respective population calling upon mobile money services at least once in that decisive 90 day time frame. According to those very same metrics, Gabon, Ghana, Namibia, Paraguay, Uganda and Zimbabwe joined their ranks in 2016, credence to the idea of maturation across markets. The visual below, too, speaks to the geographical diversity of healthy mobile money campaigns, with more than 35 deployments boasting an active consumer base of more than one million.

That gusto, however, begins to wane away (or at least temper) when contextualized by either the market leader or the global mobile money product mix. Safaricom's M-Pesa alone has snagged 16.6 million active users, nearly two-thirds of the adult population in Kenya. One service, by one mobile network operator, in one country has captured nearly 17 percent of active accounts in Africa. Although no growth should be brushed off, the 'je ne sais quoi' of M-Pesa is living testament to what could be.

Outside of account tombstones, product usage splits spell more trouble than pure statistics let on. Person-to-person (P2P) transfers and air-time top ups still constitute disproportional pieces of the mobile money transactions pie, with the former monopolizing flow volumes and the latter locking up value. These markets' readiness (or lack thereof) for more sophisticated financial products would be a convenient rationalization for such trends, if it weren't for the presence of informal financing schemes that are equally complex. 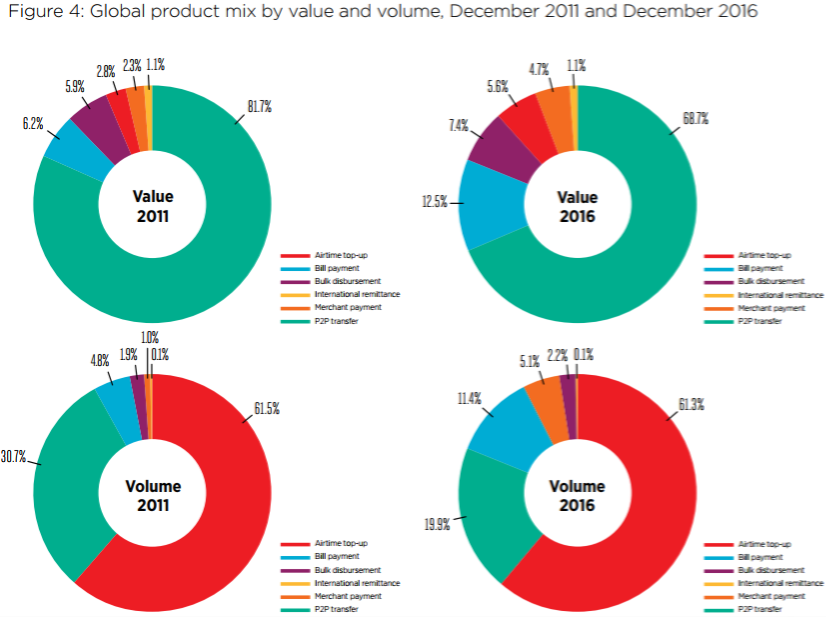 Unfortunately for financial service providers, neither elixirs nor incantations will remedy the divide between access and usage. Instead, modelling digital services around the pre-existing money management strategies of low-income segments might make a better jumping board. Even in Kenya, over 90 percent of financial transactions are still funneled through informal structures - indicative of both the enormous opportunity and inadequacies of current formal solutions, whether digital or brick-and-mortar.

In its most recent academic addition, Finclusion to Fintech, the Helix Institute of Digital Finance raises and amplifies the needs of low income pockets, and centers the discourse around the shortcomings of product development. This approach builds upon the methodology trod in the financial diaries, and details the failings of services stuck in the paradigms of middle to high-income salaried workers.

"High-income earners, generally, have stable income and expenses which allows them to engage in long-term financial planning intended to create more wealth. In contrast, low-income earners have volatile incomes and expenses, which means that although they value wealth creation, they are often forced to focus on daily liquidity management. Successful money management tools for low-income people will allow them to easily allocate resources so they can juggle daily liquidity, while pursuing wealth creation as their circumstances allow." Annabel Schiff, Senior Manager at Caribou Digital

To further crystallize the over-arching principles informing the day-to-day decisions of the poor, the paper juxtaposes formal financial products against their informal counterparts and delves into the plus-and-minuses of each as it relates to material realities.

As far as design goes, even the staples of formal savings and credit have not proven themselves superior to more improvised alternatives. Investing in tangible goods (like a chicken, tree sapling, gold or jewelry) instead of a mobile money or bank savings account might very well generate a return that overshadows the prevailing interest rates, especially when inflation eats a sizable chunk. Each of these goods, too, offers a varying degree of liquidity, as some familial units may actually prefer friction as one tactic to slow household consumption. As for credit, social network finance acts as an interest-free stand-in for loans, no credit-score required. The hidden cost, if any, resides in the expectation of reciprocation.

The naturalness of social network finance and its organic integration into most peoples' lives in the developing world has therefore born out a basket of solutions. Savings groups, from ROSCAs to credit unions, leverage social relationships and pressures to incentivize savings. Liquidity farming, or the practice of cultivating inflows to best match outflows, rivals micro-insurance policies. Rather than plunge into one silo of insurance, whether that be medical, agricultural, funeral or more, nimble individuals nurture a web of contacts (some of which are money guards, and may receive small deposits) that can be converted into income sources should calamity strike. Although the total value of these webs is a fraction of a claim, the money is not leashed to a specific emergency or circumstance, ergo a more flexible option.

Even digital payments and transfers, the first mobile money use case to lift off, struggle to compete with cash in retail. Mobile network operators, while successful in replicating the informal passing from one hand to the next of the domestic remittances market, continue to flounder at point of sale adoption. Wages are often disbursed in cash and retailers offer a chance to switch from currency to goods, thereby mitigating security and theft risks. That, combined with the clumsiness of button-smashing and the snail's pace of confirmation processing, renders a weak pitch to convince shoppers to pull out their mobile money wallets in humming souqs.

As far as the curse of dormant accounts, the GSMA's data shows the hex is receding. However, the uptick in activity rates doesn't necessarily deserve a pat on the back for a job well-done. When 90 percent of transactions are still being dealt with informally - in the most mobile money-friendly country at that - the utility of digital products should perhaps be thrown into doubt. But, how much technological latitude is there for mobile money to mirror the intricate systems of informal finance?

"Mobile money generally uses USSD, which requires inputting series of strings of numbers to do even simple tasks. This interface will not be intuitive enough to represent complex money management relationships for most people. However, if mobile money providers do decide to invest in more user friendly systems, they would have the same potential as the technology companies like Facebook and WhatsApp." Mike McCaffrey, Financial Technology Adviser

For the near future, then, it appears that over-the-top social networks will have the competitive advantage as they attempt to imitate informal financial pathways. Not only are these players caught in a feed-back loop, both reacting to and re-shaping digital and real-world relationships alike, but interoperability is a less pressing issue, as financial products are blended into their platforms. It appears that the next chapter might read, mobile money and the order of the social media giants.

The Battle for Southeast Asia