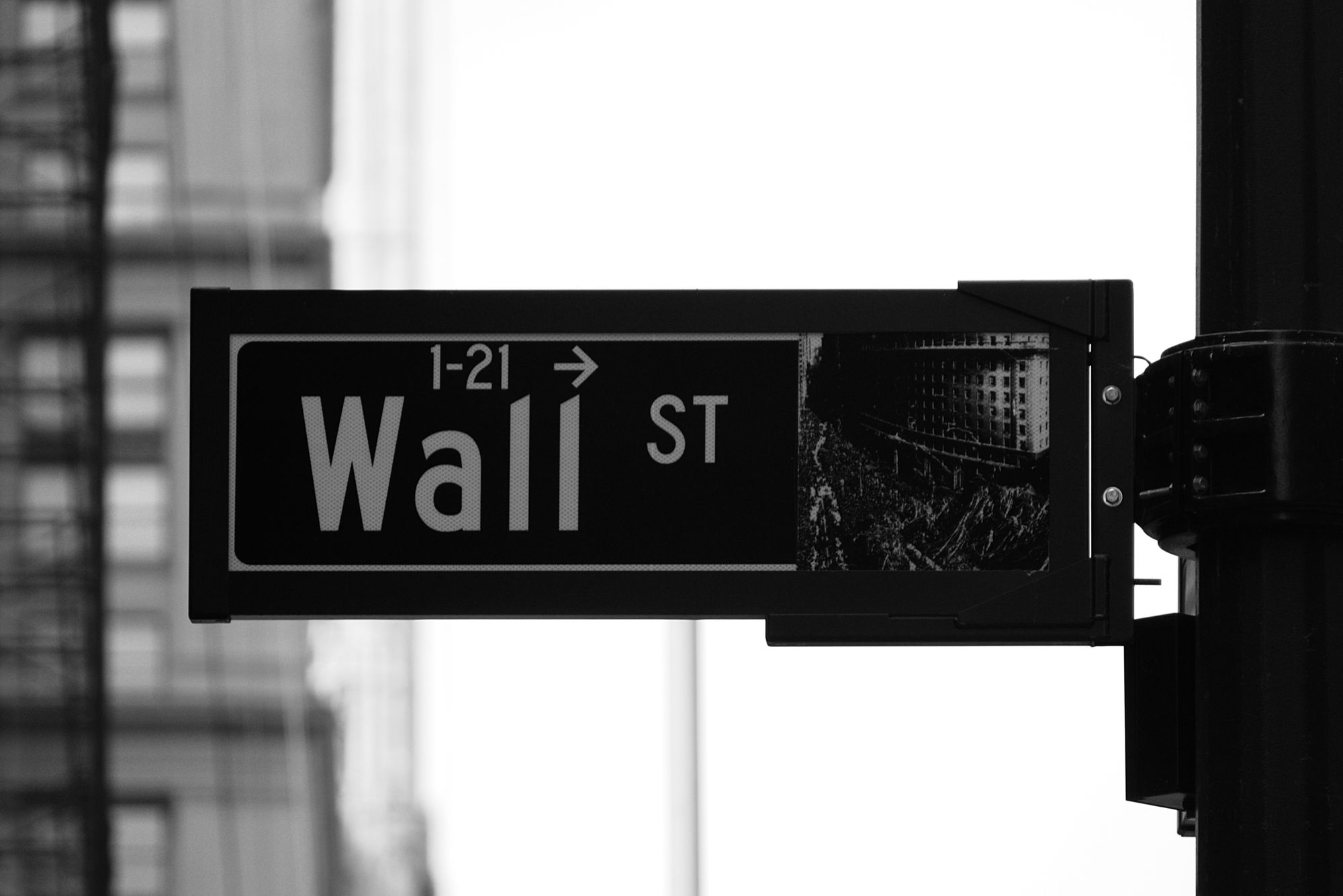 Last month, Mondato Insight surveyed the landscape of early stage fintechs vying to reach the critical Series A milestone. On the back of several groundbreaking announcements in the landscape of DFC players proving their value through successive funding rounds, amongst other strategies for growth, an evolving set of considerations should inform the path to scale for players navigating the densifying ecosystem.

Indeed, while global titans jostle for dominant positioning in the future of digital finance, fintech companies have been particularly central to the seismic friction in emerging markets - meanwhile, growth by acquisition is on the rise everywhere. As demonstrated by some of Africa's burgeoning big fish, how do medium-sized fintech companies make it to the top when growing ‘organically’ through revenue isn’t enough?

Fintech continues to heat up as one of the most active areas of global innovation and disruption. The payments industry, in particular, is causing ripples across the finance sector, with annual revenues expected to jump from USD$805 billion in 2010 to USD$2.4 trillion by 2027, according to BCG. This massive growth is fueled in large part by venture capitalists pouring gasoline into the young but ambitious fintech disruptors, which they hope will reap them the kinds of fortunes amassed by the early investors of PayPal or Amazon. As a bellwether of the industry’s maturation, five companies in the last three months of 2018 joined the envied ranks of fintech “unicorns”, or companies valued at more than USD$1 billion, including credit card provider Brex, digital bank Monzo and data aggregator Plaid.

In a maturing ecosystem, size matters for survival. Sometimes, the fastest way to grow is to simply acquire smaller competitors that can help battle it out against similarly sized rivals. On a global scale, this mode of ‘super-organism’ formation is reaching new dramatic heights; this past month, the largest deal ever made in the payments industry was announced with the USD$43 billion acquisition of WorldPay (a payment processor) by Fidelity Information Services (a ‘legacy’ provider of computing systems for financial institutions).

Meanwhile, payment processors like Visa and MasterCard are competing aggressively to acquire companies at the forefront of the wave of digital innovation, evidenced by the tit-for-tat acquisition of EarthPort and TransFast, both cross-border payment providers. When scale is the name of the game, speed is of the essence to dominate market share, and with increasing maturation of fintech companies and their business models, the way to grow is, increasingly, to buy.

In emerging markets, however, the picture is a bit different. While countries in Africa still lead the world across many metrics of mobile money ubiquity and East and South-East Asia are spawning some of the world’s most formidable fintech giants, structurally these DFC ecosystems’ are much more unevenly distributed, changing the landscape for both smaller fintechs seeking to contend regionally and the acquisition options for bigger players already operating at this level. Mobile money and digital payment providers continue to constitute the overwhelming majority of corporate and financing activity, despite encouraging early signs of growing venture capital appetite in agricultural finance, credit lending, insurtech, and even digital identification. 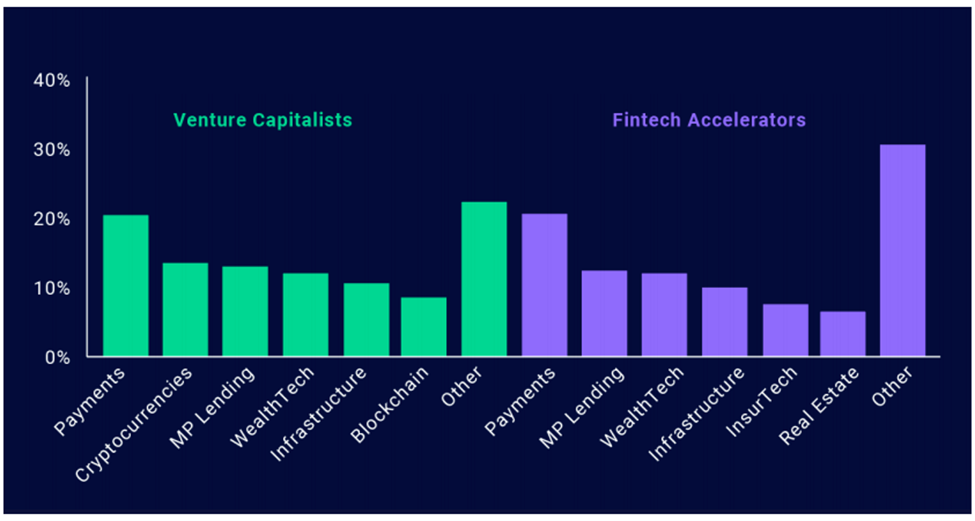 The constraints in non-payments focused fintech in emerging markets is largely due to the additional complexity involved in bringing digital solutions to spaces where the challenge is not necessarily an incumbent to overthrow - but rather a market to create. It is hard to sell cars if you have to build the roads first.

Witness Konga - Nigeria’s first mega VC-backed ecommerce play (garnering approximately USD$80 million in investment), which in the quest to scale found itself building out its own payment platform, courier network, anti-fraud program, fulfilment centers, call centers and training system - only to be sold in a fire sale after investors refused to pony up additional cash. Indeed, a veritable graveyard of companies attests to this first (and most deadly) hurdle: to find a way to deliver value on top of digital infrastructures, without having to build it all themselves.

In a notoriously challenging fundraising environment, most companies without access to Silicon Valley’s appetite for betting on good ideas must prove their salt in revenues. With a certain track record, their value becomes much clearer. Take TeamApt, a Nigerian payment processor whose recent fundraising success is largely attributed to their demonstrated success at securing large anchor clients like banks and computer equipment warehouses in Nigeria, propelling organic growth rates of 4,500 percent over the past three years. TeamApt’s USD$5million Series A was also locally funded through Lagos based Quantum Capital Partners; further evidence that the African VC ecosystem is increasingly African (or at least, increasingly Nigerian). Universally, cash talks, but for EBITDA-positive companies the options of whom to take money from seems to be expanding.

Another standout (if atypical) example of the maturation of digital financial services in Africa, again from Nigeria, can be observed in the recent acquisition of payment solutions provider Amplify by OneFi in their quest to pivot from digital lender to consumer finance platform. While it is still rare to see small-to-medium fintechs acquire one another, the dynamic played out in the OneFi / Amplify deal not only mirrors global growth by acquisition dynamics but also illustrates how the maturation of fintech capital upstream is felt downstream; the deal was in large part financed by Lendable, an Omidyar spin-out credit facility dedicated to financing alternative lenders in Africa. Such increased specialization and improved processes for catering to digital finance providers are likely to continue opening avenues and options for fintech providers’ growth - not the least of which through acquisitions like the OneFi / Amplify deal.

In articulating a narrative of reaching scale, many fintechs dream of going public. Indeed, TeamApt’s project code for their recent funding round was nicknamed NASDAQ, a reference to their dream of raising funds on a global stock exchange. This path is fraught with difficulty, however; to date, no major African fintech has successfully gone public, though Nigeria’s Interswitch made a run in 2016 before withdrawing its bid due to macroeconomic volatility.

Jumia, the Rocket Internet e-commerce giant, is currently striving for not only the distinction of first big African tech IPO but also first African tech unicorn, with a valuation widely anticipated above UDD$1 billion (though its status as African is hotly debated). Though analysts worry about the rocky road ahead given Jumia's accumulated losses of nearly $1 billion, others see profitability as a distraction to the real prize: scale.

Ik Kanu, a venture capitalist with Convergence Partners in Lagos, describes the strategic considerations favoring growth over profitability, particularly in the industries with strong network effects including logistics and mobility for people or goods. Emphasizing the critical importance of generating a defensible ‘moat’ by amassing users, bikes, trucks or cars on a platform, he makes the stakes around the speed required for executing expansion clear:

“When you are looking to take on money to grow, you must be able to execute not only because investors will only go to someone who can, but because customers know what they want. If you can show them a little bit but [of your product or service] not give them more quickly, they’ll move on immediately.” Ik Kanu, Principal at Convergence Partners

With this in mind, he cautions that despite the ever present pressure to grow immediately and fast, it is all too important to be ready internally. The journey to scale is long, and no investor will provide a second round of funding without the confidence their first injection was used effectively and accounted for professionally through good governance and reporting - all processes companies need to build in parallel to their core product.

While the financing options for emerging market fintechs, and African DFC players specifically, appear to be diversifying, the reality is that when raising venture capital or even private equity, it really helps to look like your investors, which in many cases is either white, educated in the West, or at least get a ‘gold star’ credential like going through a name-brand accelerator like Y-combinator. Yet this may be slowly changing, as evidenced by the increasing localization of finance - and as more fintechs emerge from Series A and Series B rounds with valuations creeping into the tens of millions, regional corporates begin to play a critical role in the scale and sustainability of the ecosystem.

The perception of Fintech’s threat of disrupting established, brick and mortar legacy incumbents has started to give way to a vision of collaboration. Indeed, in many of the examples above, the way to grow has been to demonstrate viability and revenues by solving a need for the very companies that a few years ago were seen as mortal adversaries for fintechs. This is a very positive and healthy evolution for fintech, says Kanu, as companies realize they can’t do it all (especially in recognizing the limitations of internal innovation) and are instead conceptualizing fintechs as fresh blood they can supercharge to mutual benefit.

Critically, mature companies in financial services often have an innate, nuanced understanding of fintechs' underlying value, and are thus often willing to offer them more attractive funding terms than exit-focused private investors or commercial banks. While Nigeria’s Interswitch provides a tailor-made example, with acquisitions in its home markets and abroad in East Africa, one observes a like-meets-like synergy between corporates even beyond the dominant payment industry: when investors struggle to value complex business models like PAYG, power utilities have stepped in, and in the fledgeling insurtech space, the likes of AXA, Allianz X and Prudential also appear to be grooming innovative allies.

Corporate backers - especially banks still on the fence about the digital revolution - often like to partner with fintechs to solve specific problems for them; a try-before-you-buy approach that offers a low risk way to develop relationships and competencies informing potential acquisitions. This also influences the art (rather than science) of valuing fintechs, by creating opportunities for their most monetizable asset - financial software - to develop around an incumbent’s most sensitive and often underutilized treasure: their data.

For the fintech players eyeing the changing landscape and plotting a path to the top, the future can look daunting. For those reading the market to best position themselves for investor money, fintechs should consider doubling down on proprietary software where possible and developing a growth narrative around solving concrete problems for legacy providers. This will reassure investors their checks will solve monetizable market challenges and grow in value - not only the best defensive strategy but potentially the most lucrative, particularly if the Big Data giants from both the East (Tencent, Ant Financial) and the West (GAFA) start to really get in on the acquisition action.

Democratizing Investing: Stuck In A Rut?

Are The Economics Of Cash Crumbling?