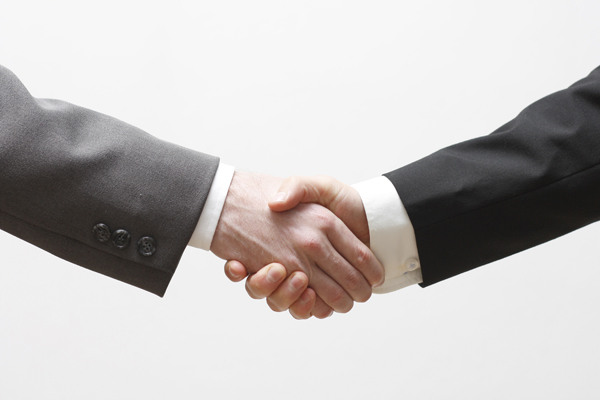 Even though Mergers and Acquisitions (M&A) are a fact of life in any competitive or mature industry, the consolidations taking the Digital Finance and Commerce (DFC) ecosystem by storm are becoming increasingly eclectic. While it is business-as-usual for a fat cat bank to swoop up a fintech solution vendor, some unusual couplings have recently raised eyebrows. Tech giants are sizing up payments and lending, telecommunication operators are bartering for pieces of banks, retailers are scoping out options to strengthen e-commerce divisions, and even legacy payment processors are on the prowl for ways to expand market share. But, in a world of complicated path-crossing, what is the rhyme or reason of such acquisitions, and what insights can be extrapolated in terms of strategy or the pulse of the space?

It is a story as old as, well, fintech. A new disruptive use-case or technology portends to optimize or democratize some niche of banking, only to be snapped up by a bank. Banks, in fairness, are on-boarding such innovation – or cultivating it in labs and accelerators - to modernize customer experience, digitize offerings and grow footprint without the capital-intensive investment of bank branches or IT departments. The first bullet is especially relevant, given the night-and-day divergence in perception when contrasting customer service feedback of a legacy institution against a challenger. 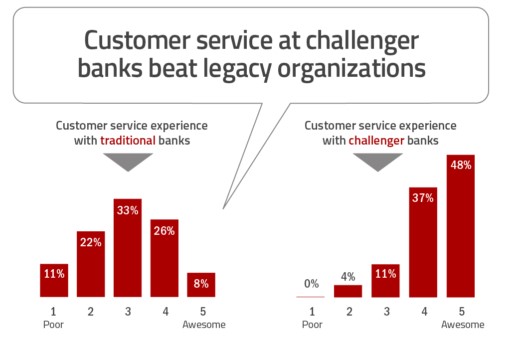 While, historically, banks have pursued a more piece-meal approach to realizing these pillars, ‘swallowing’ challenger banks, in entirety, is a calculated move that might become more prevalent in the coming years. The operational cost structure of many traditional banks is, quite figuratively, a heavy weight to carry.

According to benchmarked data, legacy banks in the United Kingdom are, on average, anchored to a cost-to-income ratio of 60 percent - a bleak departure to that of their challenger counterparts, which have secured a cost-to-income ratio of 26 percent. As branch operations and IT maintenance represent the brunt of the former’s expenditure, it is no wonder that pure or in-part digital bank acquisitions could become an easy fix to maintain market share without ripping out and ‘rewiring’ the foundations. 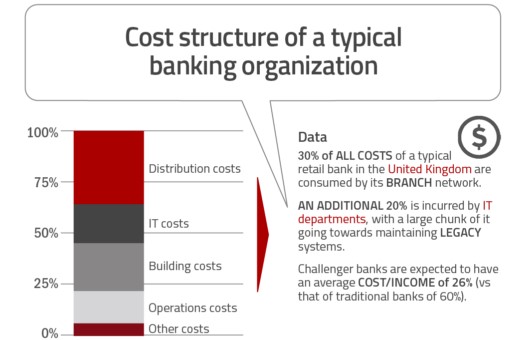 BNP Paribas has ‘parted the sea’ and led the way in this respect. This April, the Paris-headquartered behemoth purchased the French digital bank Compte-Nickel for a jaw-dropping 200 million euros ($213 million). The deal (in terms of value) is a record-breaker for the country, and testament to the lengths banks might go to preserve the status-quo.

And while the strategy of BNP Paribas is certainly evidence that old dogs can learn new tricks, challenger banks, too, are eyeing consolidation as a possible plan of action. After the 2008 financial crisis, the banking incumbents left standing faced a paltry number of competitors. While fintech providers have, superficially, addressed the gap in competition, there are still structural ‘spikes’ that might deflate any true momentum of challengers. As of 2011, the four largest financial service providers in Britain handled 77 percent of personal current accounts and 85 percent of small and medium enterprise current accounts.

As to whether any real dents have been made – even after reforms designed to ease market entry were introduced by regulators – is still fuzzy. To achieve any semblance of scale, challenger banks need to put a pin in splintering the already small, ‘unclaimed’ and convertible consumers. Whether that manifests by mix-and-match partnerships by fintech firms or digital banks (such as the blundered attempt by SoFi and Zenbanx to merge), or by challenger banks taking a page straight out of legacy banks’ playbook and nipping at the heels of straggling big players (similar to digital-only Tandem bank acquiring Harrods Bank), the urgency for consolidation seems to be at hand.

As any Mondato Insight regular knows, the financial services arm of mobile network operators (MNOs) receives a great deal of scrutiny here. Since many providers in emerging markets are seeing a plus in the revenue column in respect to mobile money, there is an openness to dabble and explore banking, insurance, leasing or other more sophisticated products. That same experimental attitude, however, is less developed in mature economies, where legacy financial institutions are well-grounded.

And while the frequency is few and far between, telcos are, finally, at the very least, considering the value-added of padding fintech firms or banks into their operations. Orange, in mid-2016, announced formally a 65 percent stake in Groupama Banque. Between the resources of the two partners, a new entity, christened Orange Bank, will emerge in 2017 - a banking service that is 'specifically designed for mobile usage in France' and will include current accounts, savings, loans and insurance services, as well as payments.

In the regulatory safe haven of India, payments bank hopefuls (many of which are telcos), too, are weighing strategic stakes in fintech and payment firms. Earlier this year, subsidiary Bharti Airtel Services bought shares in Seynse Technologies, whose advanced credit-scoring algorithms would better equip Airtel Payments Bank as it settles into the space.

While retailers certainly leverage the technology happily traded by solution vendors (or, occasionally, buy them out completely), the crumb trail of acquisitions highlights the real target here: brick-and-mortar whales are jostling to break into e-commerce, while e-commerce unicorns are jockeying to both maintain their dominance and dive offline as well.

Walmart's purchase of Jet for $3.3 billion was recognition of weak e-commerce sales, and executives believe that the year-old bulk e-retailer might be just the kick-start to revitalize its presence online. Amazon struck back and pulled Whole Foods into its camp for $13.7 billion, a step that will create synergies between online and in-person services by taking control of last-mile end-points. In China, Alibaba has long practiced this policy and has invested in a variety of brick-and-mortar station posts, grocery stores at the top of that list.

This corner of the industry, even more so than the others brushed upon here, is characterized by customer inertia. Payment processing is a particularly sticky product, and once a merchant settles on a vendor, the likelihood of their 'jumping ship' is low - case in point, the top 10 processors in the United States account for 90 percent of transactions. Therefore, hopes of growth won't be brought to fruition by buying a sexy start-up like Stripe or Adyen. Instead, established payment processors are knocking at each other's doors, and future deals will likely follow suit.

In that context, then, the sale of London-based Worldpay, which supports 400,000 customers in 126 currencies across 146 markets, to US credit card processor Vantiv for $10 billion is of little surprise.

In this case, though, those sticky merchants aren't the only prize at stake here. With Vantiv absorbing Worldpay, their international e-commerce capabilities are much improved, and the value proposition to US clients therein boosted as merchants can now peddle products across a larger variety of channels and destinations worldwide. Ingenico picked up its Nordic-rival, Bambora, for similar reasons as the arrangement will better position Ingenico both online and at brick-and-mortar locations in the Nordics, North America and Australia.

While there is a degree of order to M&As in the DFC ecosystem, that should not lull observers into a false sense of security. Convergence is brewing in inconspicuous and unexpected ways.

Paytm, which was once a relatively obscure wallet in India, has 'stolen the show' in its union of payment processing, commerce and banking. Ant Financial Services Group's tentative merger with Moneygram is shaking up the international remittance market. Paypal's acquisition of online lending company Swift Financial has propelled it into the loan landscape. What's more, zig-zags in regulation might influence M&A developments. Europe's Payments and Services Directive sequel (PSD2) is accelerating transitions to open banking and big shots like IBM are ready to pounce on fintech firms that emerge at the head of the pack to thrust payment offerings. It seems that going forward, a duck is, probably, not only a duck.

What Do We Want? Instant Payments!