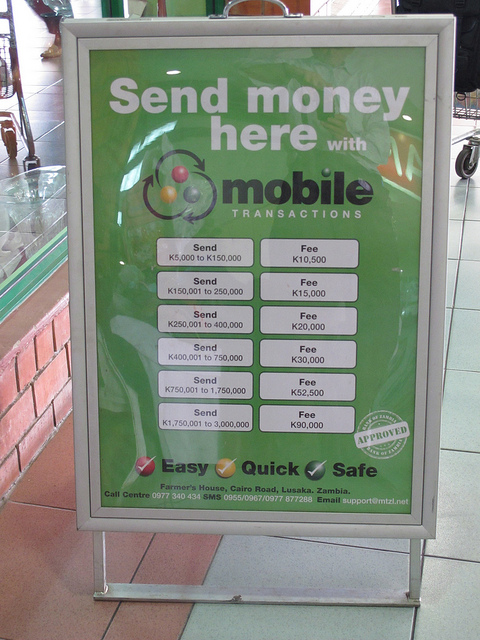 What do we want?

Why do we want them?

Because everybody else does!

In a world where Digital Transformation means that most goods and services are available (almost) instantly, it should come as no surprise that consumers are finally coming around to the idea that money itself should be no exception. And while some national payment systems and mobile money deployments have for several years offered instant or near-instant payments and remittances, the general rule has been that international transfers are always subject to significant time delays. But that assumption is increasingly being challenged by a combination of feisty new market entrants and tardy but powerful incumbent innovators.

It seems that in almost every major economy, the spotlight has begun to shine on the need for instant payments. Although it is a position that is not universally accepted, the sales pitch made for instant payments falls largely into the same basket as those for digital payments more broadly: they are like cash only better (see Vocalink's glossy promo video below for the full pitch).

Video remains the copyright of [Vocalink](https://www.vocalink.com/)

Although the U.K., Netherlands, Italy and Spain have had (almost) instant payments for several years now, in the past year or so the adoption of instant payments platforms and technology has become the center of attention in the United States, Australia, South Africa, Canada, and across the eurozone.

In the U.S., the Fed assembled a Faster Payments Task Force (everything is relative, one supposes) to work alongside a Secure Payments Task Force to guide the path forward in speeding up the payments process. In response the 300 (three hundred!)-member body came back with a 10-point executive summary of its recommendations that seemed to reflect some of the overlap of the two task forces' memberships and the complementary nature of their inquiries. Nevertheless, the effect of this apparent synergy was to leave some observers, such as Karen Webster of Pymnts.com, somewhat befuddled.

So, it’s a bit of a puzzle, then, as to why, and why now, the recommendation out of the Task Force is for the ecosystem, especially the banks, to plow billions into building something entirely new... without a business model that would give any of those banks an incentive to do any of that?
Karen Webster, Pymnts.com

These are questions that have been echoed by other faster payments curmudgeons, and which do deserve an answer. "Why is the government getting involved at all" is a question that will almost inevitably be asked earlier, louder and more persistently in the United States on any topic than in most other countries. And it is a question that not only deserves (but needs) to be answered convincingly in order to generate the sort of broad-based support that any consequent multi-party and potentially multi-billion-dollar execution will require.

However, a rather simple, even if unsatisfying, possible answer to this question might lie in the fact that "everybody else is doing it." Although many of us probably remember a sharp rebuke from a parent for offering this as explanation for having done anything, the fact that the rest of the world is moving towards instant payments suggests that the potential threat is not internal or aimed at slow-moving banks who do not want to invest large sums of money to cannibalize already quite profitable revenue streams.

Rather, the threat is to the competitiveness of the American economy at large, were it to remain the only major economy in which payments were not instant, or fall foul of Moore's law, whereby technological change advances at an exponential rate. First Mover Advantage can become Last Mover Disadvantage if legacy systems slow the pace of innovation and adaptation. And, of course, the danger of being left dangerously behind by disruptors is a cautionary tale well known to all.

But it is not the pedestrian speed of domestic payments that will bring the U.S.'s deficiencies into the sharpest focus. Rather, the recent proposals by many disparate economic and banking environments around the world towards making international payments nearly instantaneous is likely to prove to be an irresistible backdrop for accelerating the speed of good funds transactions in the U.S. If a Tanzanian farmer can make an instant payment from Zanzibar to Ngorongoro, why does an American farmer from Lincoln, Nebraska have to wait several days for a payment to arrive from down the road in Omaha?

All this is taking place against a background in which companies such as WorldRemit are using the mobile channel to speed up international remittances to the point where they are almost real time. Just a few weeks after the Fed's Task Force released its action plan, WorldRemit and the National Bank of Kenya (NBK - a previously somewhat overlooked players in Kenya's digital payment wars) announced instant transfers from abroad into NBK US dollar and Kenyan Shilling accounts.

Little has been revealed, though, about the rails used or how risk is going to be shared or managed. Nevertheless, the instantaneous nature of the new proposition seems likely to guarantee WorldRemit and NBK a growing share of the US$1.7bn that the Kenyan diaspora sent home in 2016 (and May 2017 figures were 10% up on the previous year.) This unveiling follows a less-widely touted partnership between WorldRemit and Android Pay that will see Google's payment app used as an instrument for making international remittances.

Although it covers almost 20 different national banking and payment systems, the European Central Bank recently announced plans for the launch in November 2018 of its TIPS payment system, which will allow transnational payments within the single-currency zone (and potentially beyond its boundaries) "within seconds." Notably, the ECB will only charge commercial banks €0.002 per payment for at least the first two years, widening the banks' scope to develop new products and revenue streams based on the value that speed of transaction, plus the additional information accompanying it, can create (once again, the video from Vocalink, now owned by MasterCard, forcefully makes this argument.)

This is a key element, and one that BankservAfrica's CEO, Chris Hamilton, was at pains to emphasize in a recent interview. Reflecting on four principles that he intends to apply to a proposed overhaul of the South African National Payments System, the need to accommodate "data richness" dominated.

In the digital age, what use is data if it arrives at the pace of the national postal service, especially if in the meantime third party payment providers are making payments instant and hoovering up the relevant data at the same time? Notably, one of Europe's biggest banks, UniCredit, is getting out ahead of the ECB's TIPS, offering the first transnational implementation of EBA CLEARING's RT1 platform.

Thankfully, not all stakeholders in the US market have been standing idly by - other than attending Faster Payments Task Force meetings that is. Just a couple of weeks after the release of the Task Force's executive summary, SWIFT announced that it was creating a way forward for US banks to access The Clearing House's Real Time Payments (RTP) platform, creating a single access point -- the Alliance Messaging Hub (AMH) -- for banks accessing both high-value SWIFT and low-value TCH transactions, in real time.

"RTP Overview" from The Clearing House is not a terribly convincing pitch for their new platform, perhaps why they also [borrowed](https://www.theclearinghouse.org/payments/real-time-payments/rtp-capabilities-and-possibilities-video) Vocalink's promo video noted above.

Another, overlapping, bank consortium is preparing to bring Zelle online in an attempt to challenge the likes of Venmo and Apple Pay, similar to UK Vocalink's Pay By Bank App (formerly Zapp, and now owned by MasterCard). And yet, it is only a few years since Zelle's previous incarnation, clearXchange was being touted as a premium, next day service.

It is of particular note that on the international plane, a combination of startups and the mobile channel is breaking down the barriers to real time international transfers. International remittances are following a path previously trod by domestic payments, whereby startup innovation leads to sustaining innovation and a level of government intervention that culminates in ubiquity and instantaneity. Even in the U.S., the Fed's apparent tactic of shaming stakeholders out of indifference and into action appears to have succeeded in making real time payments no longer a prospect on the distant horizon.

Here's hoping it won't take another three-year, three-hundred person task force to send international payments into the digital age, and a farmer in Des Moines can make an instant payment to a counterpart in Dar in the near future.

Is Digital A Conduit For Hate Groups?

M&A Mayhem: Telling Up From Down