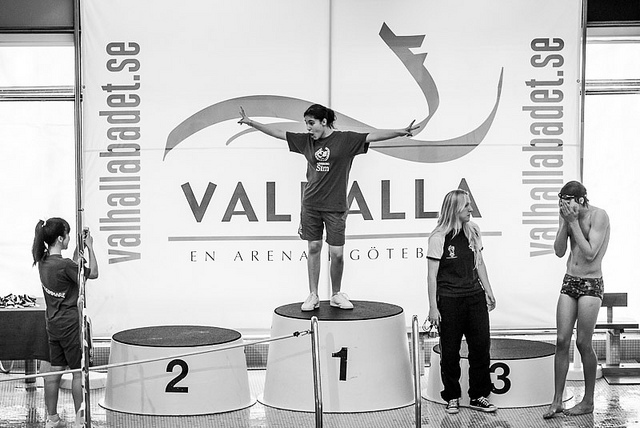 Kenya's leading mobile network operator (MNO) has a growing list of detractors as a result of its overbearing market share of over 80% of the country's mobile market in both voice and mobile money. But it cannot be argued that Safaricom is not the biggest winner, so far, in the development of mobile money. Even though M-PESA was largely conceived as a break-even value add that would improve customer stickiness, Safaricom's mobile money transfer service now accounts for an astonishing 25.8% of the company's KSh213bn (approximately US$2bn) revenue. This figure represents 32% growth in mobile money revenues on the year to March 2017, and the 25.8% is a significant increase on the 2014/2015 period, when M-PESA's contribution to Safaricom's revenues hovered around the 20% mark. 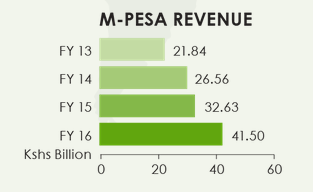 The biggest (baddest?) mobile money deployment has also catapaulted Safaricom into the role of a major player in the African telecoms space. Once a relatively unknown (outside of Kenya) public-private joint venture between the Government of Kenya and Vodafone, the Bob Collymore-led MNO has evolved into a diversified service provider that is eyeing international expansion. Vodafone's share in the company has been sold off to its South-Africa-based subsidiary, Vodacom, in order to facilitate Collymore's ambitions for Safaricom in Nigeria and Angola, and help Vodafone tidy up its diversified global holdings.

As a consequence of M-PESA's success, Kenya itself is also a big winner as the cradle (if not the birthplace) of mobile money. Safaricom's growth into Kenya's first company with revenues of more than US$1bn has boosted the national coffers, as well as giving the country a reputational boost and the creation of "Silicon Savannah", Nairobi's burgeoning tech hub. The Kenya Revenue Authority took in over KSh9bn (US$86m) in 2016 from excise on financial services transactions (including mobile money), and Safaricom has been the country's largest tax-payer for many years. And although there are voices calling for anti-trust measures to be taken against Safaricom's dominance, analysts doubt that the Kenyan government is "going to kill the goose that lays golden eggs."

Millicom, the London-headquartered, Luxembourg-based, Sweden-founded, international telecoms giant operates under the Tigo brand in fourteen markets in Latin America and Africa. In almost all of these markets, Tigo Cash, Tigo's mobile money deployment, is operational, but Tanzania (Kenya's close competitor for the laurels of healthiest mobile financial services (MFS) market) accounts for 8 million of the group's 11 million global MFS customers.

Pointing to the buoyancy of Tanzania's mobile money ecosytem, Tigo Cash in Tanzania accounted for 9% of Millicom's African revenues in 2015. In 2016 Tigo overtook Airtel to become Tanzania's second-largest MNO in terms of customer base, nipping at the heels of Vodacom (which operates M-PESA in the country). Revenues from MFS in Africa increased 15% Y-O-Y in 2016, although Tanzania accounted for almost a third of the US$100m generated (in a challenging forex environment for the parent company). Paraguay, which had previously been another bright spot on the map for Millicom has seen slowing growth in recent years, "due to the macro environment and competition", according to the company's Q3 2015 results summary.

While a little late to the party, Orange Money has gained significant traction in West Africa in recent years, particularly in Côte d'Ivoire and Senegal. Boasting over 30 million "customers" (undefined) at the end of FY 2016, Orange Money's 74% growth in 2016 augurs well for things to come.

Equity Bank deserves praise for innovating and attempting to challenge Safaricom at its own game. Although Equity Bank's MVNO, Equitel, announced with much fanfare in 2014, never really caught on beyond Equity Bank's core market, having only 1.2 million subscriptions, in comparison to Safaricom's 21.5 million, thanks to the affluence of the bank's customers the value of Equitel transactions are almost 30% that of M-PESA's substantially bigger user base. Equity Bank has, at the very least, appeared to hold its own for the time being, and has not had its lunch eaten by the Safaricom beast. That counts as a win in anybody's book.

Despite operating in a number of relatively buoyant mobile money markets (notably Ivory Coast, Ghana and Uganda), MTN has struggled to generate significant revenues from the operation of MFS. According to its latest published accounts, MFS accounts for a mere 2% of revenues for MTN Group, although the company's 2016 annual report describes this as the result of "strong digital growth in MFS."

As the group's then CCO Pieter Verkade lamented at the inaugural Mondato Summit Africa, despite MTN South Africa beating Safaricom to the punch in deploying a mobile money platform, MTN had yet to see a return on the investment, decade edition, as the saying goes. In the interests of fairness, however, it is important to note that given MTN's absence from both Kenya and Tanzania, it is inevitable that its MFS revenues are going to look rather slim in comparison to the big beasts of the East African savannah. In this regard, one could conceivably look on MTN as a much more "normal" MFS operator. On the other hand, a GSMA blog post from 2015 reported that a quarter of MNO-led deployments,

Although Airtel has the opportunity to flip the script through the launch of its Payments Bank in India (see here for a previous Mondato Insight on its competition), up to now Airtel Money barely gets a mention in Airtel's annual reports, indicating it is not performing at a level worthy of being removed from the non-descript "Others" category of non-voice revenues.

Nonetheless, the company clearly has high hopes, naming Airtel Money (along with data) as being "the next growth engines for the company in Africa." And while it is true that the value offered by mobile money in terms of customer retention does not show up as a line item in the annual reports, given that many of Airtel's competitors have demonstrated that it is possible to generate significant revenues from mobile money, shareholders are entitled to expect to see what Airtel calls "m-Commerce" emerge as a sufficiently significant revenue stream to warrant its own line in the company's reports. Although Airtel Money trails a distant second in the Kenyan market, it is riding on Safaricom's coat tails.

Yes, we are a fickle lot here at Mondato, but Orange Money wasn't even able to ride Safaricom's cost tails in Kenya. Although Orange Money's business in West Africa has been growing at a nice clip in recent years, Telkom Kenya has just pulled the plug on it in Kenya, after anemic numbers and barely enough agents in the country to fill a gymnasium. Telkom Kenya's new private equity owners clearly believe that the failure to get traction within Kenya was an internal failure of the Orange Money deployment, and are reported to be planning to roll out their alternative later in 2017.

Despite the hype, it's clear from this survey of the cold, hard bottom lines that beyond Kenya and Tanzania, the going is still pretty tough for MFS providers looking to generate significant new revenue streams. However, East Africa's hotspots have demonstrated that any definition of success in mobile money is now much higher than the more humble goal of stickiness that marked the early years. Notably, many of the less-well performing MNOs seem to be holding on to the idea of springs eternal, and to the belief that profitability is just around the corner. That prompts the question, though, at what point do CFOs start to wonder, in the words of a country pop-star, what happens if tomorrow never comes?

Bank Branches: Is The Writing On The Wall?