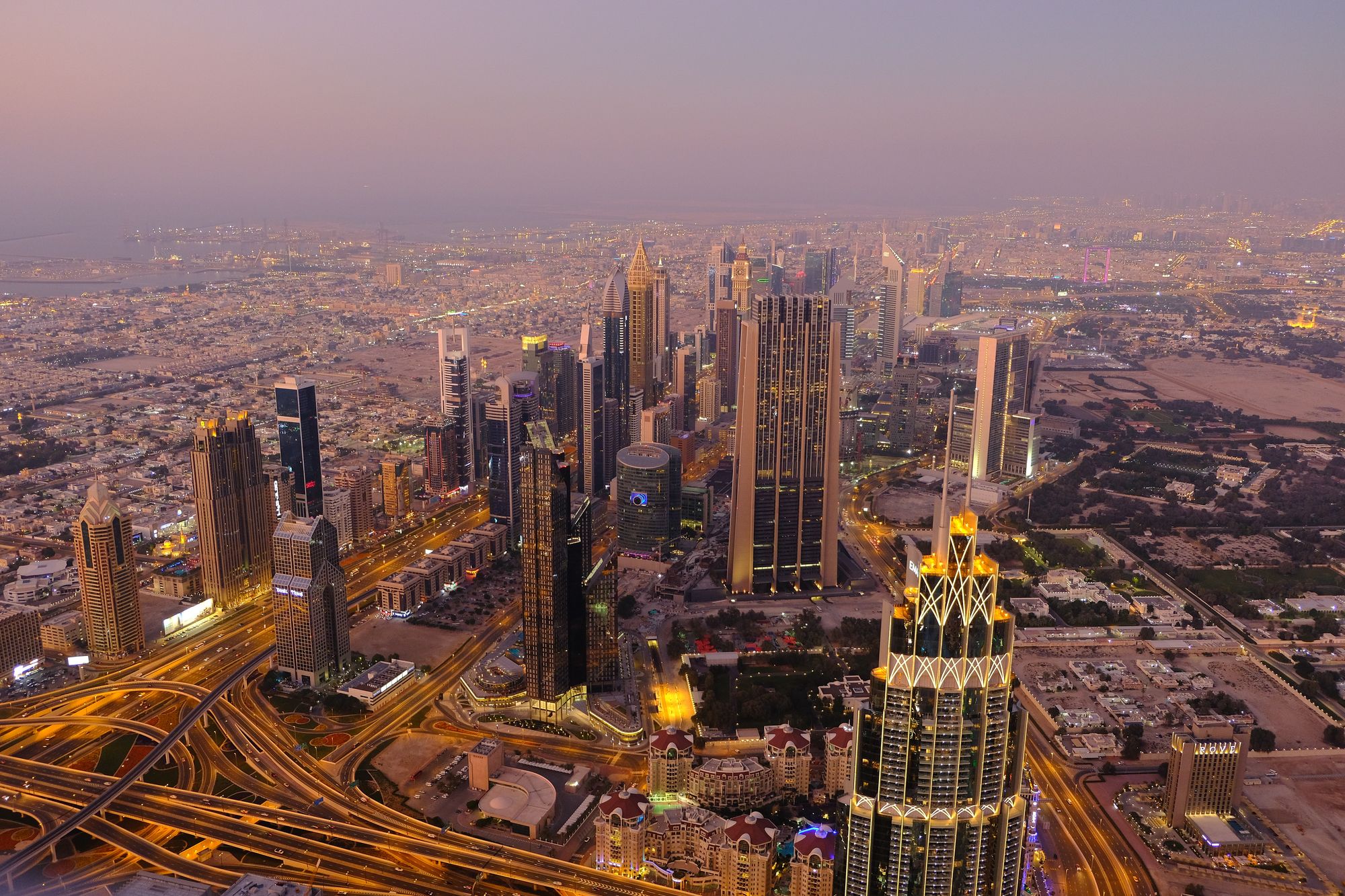 The story of digital technology adoption over the last year in simplest terms is essentially the same everywhere: acceleration. But from what point that acceleration began, the pace of acceleration, and in what particular sectors that acceleration is felt the most varies by local factors. What regulatory regime was already in place, and how swift were regulators to adjust to pandemic circumstances? What digital adoption levels had the general population already attained? What kind of investments were made to nascent technologies — by whom and towards whom?

Many countries were caught flat-footed answering such questions and have suffered growing pains in the months since. But some countries were already working towards the moment when digital potential became digital necessity, like in the Middle East and especially the oil-rich Gulf Cooperative Council (GCC) countries, who had already spent several years focused on transforming their economies to become innovative financial services hubs.

COVID, however, was only Act I of 2020’s accelerant of MENA fintech. Act II — Israel’s normalization agreements with several Arab countries, including burgeoning fintech hubs in the UAE and Bahrain — is breaking open the Middle Eastern tech market like never before, facilitating the exchange of capital, tech, and knowledge among tech hubs previously forced to operate in separate worlds. Several months since such agreements were made, this exchange has only just begun, and the most significant impacts to the market are yet to come. If 2020 was a very good year for fintech in the Middle East, the next year or two might herald what the region has been working towards — digital transformation.

Before the Flood (of COVID Demand)

The efforts of oil-rich GCC countries to diversify their economies away from hydrocarbons and towards financial services rendered fintech a priority endeavor for governments well-positioned to promote such transformations. Exemplified by Saudi Arabia’s “Saudi Vision 2030” unveiled in 2016, countries like the UAE, Qatar, Bahrain, Oman and Kuwait have released similar strategic visions invariably citing digital services as a long-term goal in transforming their country’s economies. Implemented frameworks strive for their respective economies to go cashless, like in Saudi Arabia, where the Financial Sector Development Program (FSDP) aims for the country to go 70 percent cashless by 2030.

Unlike uneven efforts in Sub-Saharan Africa, government’s approach towards fintech in GCC countries is often well-coordinated, well-financed, and forward thinking. A shift to Open Banking — already in place in Bahrain, all but implemented in Saudi Arabia, and well on the way in other countries like the UAE — reflects a cross agency effort to foster burgeoning fintech systems. Babak Ahmadzadeh, the director of Plug and Play Abu Dhabi, the GCC headquarters of the global accelerator and incubator hub, described a web of Emirati agencies collaborating to support startups and early-stage companies in Abu Dhabi.

"The Abu Dhabi Investment Office has been supporting us in multiple sectors and collaborating across the different government entities at Abu Dhabi and at the federal level. [Unlike] other places, where you see fragmented efforts to help startups get business, hire staff, implement regulations, maybe offer other incentives, you see a lot more alignment. It’s more like a one Abu Dhabi, or one UAE value proposition, that is easily communicable to international startups, and that is also helping local startups up their game and get access to larger markets. It’s quite an integrated web, but overall, they are all working to each other’s favors."
Babak Ahmadzadeh - Director, Plug and Play Abu Dhabi

These carefully formulated yet ardently free market-based efforts for homegrown digital ecosystems have started to bear fruit, especially with COVID’s impact. Bahrain’s FinTech Bay was the first to establish itself as a leading player in fintech innovation and development, buoyed by the forward-thinking Bahrain Central Bank and the country’s enterprising financial services. The UAE’s DIFC saw a 25 percent increase in new companies registering in the first half of 2020 alone, making Dubai home to more than 50 percent of fintech companies in the MENA region. Saudi Arabia’s regulatory sandbox includes over 30 fintech companies now. Hubs are also growing in Qatar, Oman, Kuwait, Jordan and Egypt. 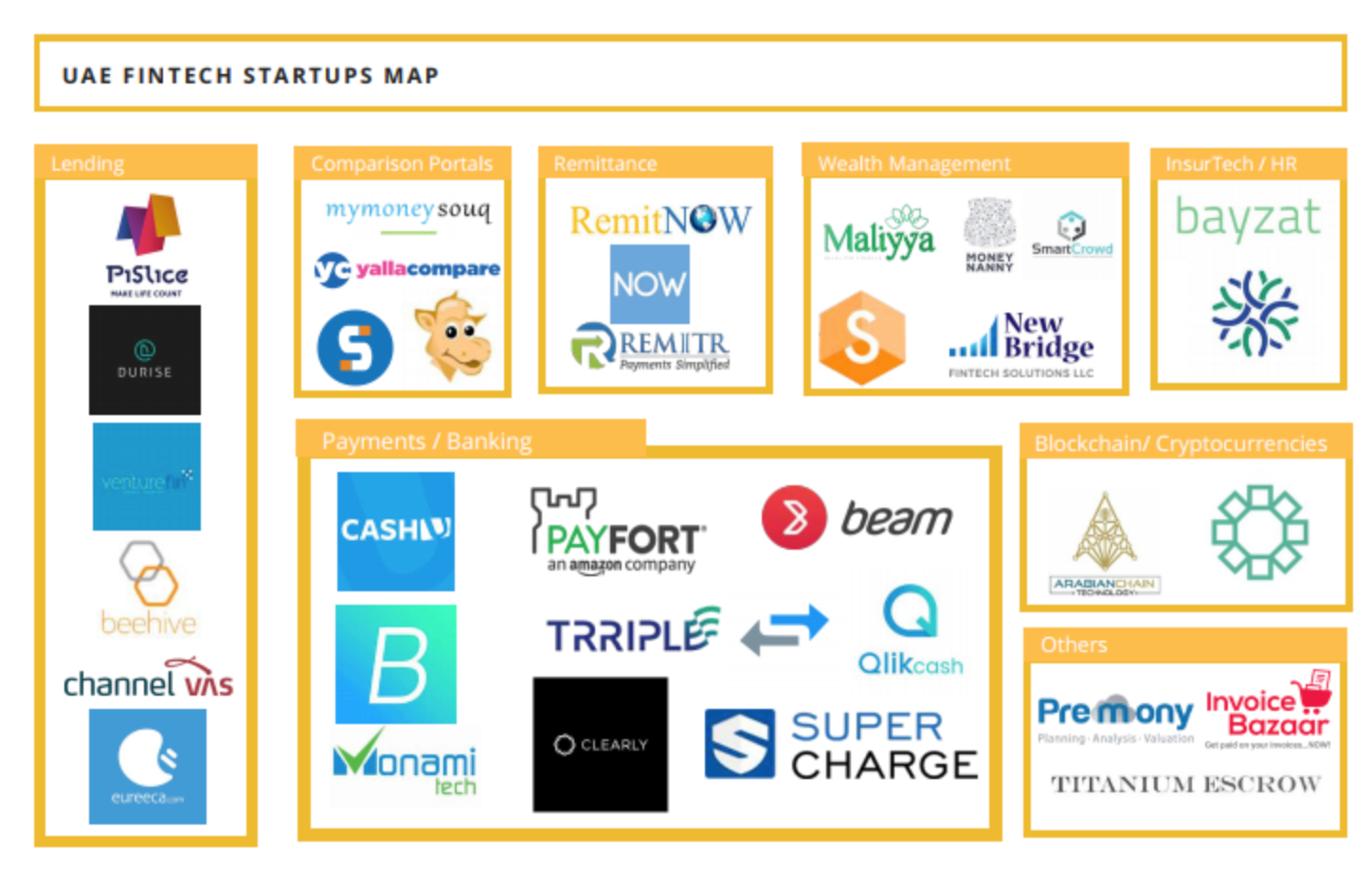 Until this past year, however, the enabling environments fostered by the region’s governments did not elicit the levels of digital adoption and ecosystem growth otherwise expected based on the region’s fundamentals. The Center for Global Development released last year its report exploring the link between digital identity, mobile penetration, and financial inclusion in a given country, the pervading idea being that high rates of mobile penetration and digital identity fosters the conditions for expanded financial inclusion. Though regions like Sub-Saharan Africa are more frequently targeted as ripe for digital transformation, the CGD report highlights how despite high levels of national ID comparable to the West and mobile ownership only behind Europe and East Asia, the Middle East and North Africa was ranked dead last in financial account ownership according to CGD’s metrics. Due in part to cash stickiness and mistrust of financial institutions, the MENA region was falling short of its immediate potential for digital transformation compared to anywhere else.

The slowly increasing supply of fintech solutions in the region enabled by an accommodating regulatory environment and a well-funded apparatus, in other words, was met with disappointing public demand — until COVID, naturally. Regional attitudes and behaviors have since changed dramatically. Among other solutions, digital payments and ecommerce have been flourishing in the region. A May 2020 survey found 53 percent of Middle Eastern respondents had increased their online shopping using their smartphones. In the relatively more digitally advanced UAE, 44 percent of businesses adopted contactless payments for the first time during the pandemic.

These trends are the same as elsewhere, but more dramatic. A December 2020 study by the World Bank found that fintech firms in the MENA region experienced the strongest growth of any during the pandemic, nearly doubling the growth rate found in Sub-Saharan Africa and North America. Another December 2020 survey found that 47 percent of MENA consumers planned to increase their online shopping over the next year, compared to only 15 percent who expected to shop online less — after a year of dramatically accelerated adoption.

While this massive shift towards digital technologies have elicited cybersecurity concerns from the public and businesses, many of the digitally ambitious regulatory regimes have been responsive to the increasing demands of the pandemic by variously improving data protection standards, lowering capital requirements and enacting other changes while signaling further openness in technologies like cryptocurrency, blockchain, and open banking.

Money and Peace in the Middle East

Rising fintech demand during COVID may already be accelerating supply in the region, but the supply is about to get bigger, more diverse, more sophisticated, more connected, and better funded. Israel, “Startup Nation,” a global power in cybersecurity and other digital technologies, was cut off from the regional market leaders in financial services and financial technology until now. When Israel’s market and ecosystem was opened up to Bahrain and the UAE, their respective tech hubs pounced at the opportunity. Israel’s FinTech Aviv has signed agreements with the UAE’s DIFC FinTech Hive and, more recently, with Bahrain FinTech Bay to strengthen collaboration in fintech endeavors.

Israel’s OurCrowd, a global venture investing platform, was the first VC firm to aggressively move into the Gulf region since the agreements, appointing UAE national Dr. Sabah al-Binali to lead OurCrowd’s Gulf division. In these early months of connecting markets and devising strategies, al-Binali sees the comparative strengths of the respective Gulf and Israeli fintech hubs as in many ways complementary to another — not just in Israel’s relative market strengths in the West and the UAE’s relative market strengths in the East, but their fundamental characteristics.

"A lot of people, when they look at the normalization between Israel and the UAE, they think in terms of one market being a source of goods, services, capital, and the market being a destination in both ways. However, that is the tip of the iceberg. Really, the biggest potential across all sectors is when both markets, each one with something they are already good at, figure out how to combine those two… so when looking at fintech in particular, the UAE has a comparative advantage in terms of being a burgeoning financial services hub not just in the region but the wider region if you want to include South, Southeast Asia and so on. Israel, of course, has a comparative advantage in tech innovation. They slot together between the two countries very, very well."
Dr. Sabah al-Binali - VC Partner, Head of the Gulf Region, OurCrowd

This opening of markets and ecosystems is happening just as fintech growth is spurring new rounds of investment. Though reticent to go into details just yet, al-Binali described OurCrowd as looking primarily at Series B and C investment rounds, and predominantly focused on companies in fintech — which he called the “number one sector in opportunity” in the GCC — that are “really ready to scale” and connect with OurCrowd’s global partners. Ahmadzadeh from Plug and Play predicted that Q2 and Q3 of this year is when the strategies and new technologies from the recent ecosystem changes will begin to really kick in, with further partnerships and big shifts from regional financial institutions forthcoming. 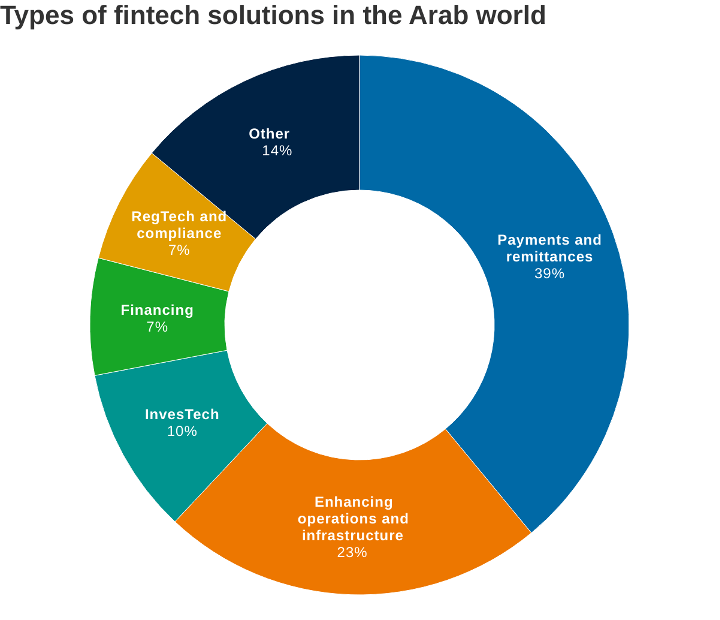 Will recent developments create another splinter of MENA fintech ecosystems among those that normalize with Israel and those that don’t? Nobody really sees that happening. Rather, Plug and Play’s Ahmadzadeh sees competition as intrinsic to the region’s fintech growth in the recent past and present, finding that more was to be gained than lost through competition. But as reflected by regional governments’ recent push into Open Banking — Ahmadzadeh noted Plug and Plug’s recent interest in APIs and Open Banking solutions in the region — fragmentation and closed markets is likely not the regional market’s fate.

"The MENA region is only going to be a good, strong tech hub for any sector once it’s more unified. There can only be unicorns growing when people have access to tens, hundreds of millions of people, not just millions. So eventually there will be an equilibrium in 5 or 6 years when everyone has their role, and people are cross-collaborating much more on the tech front."
Babak Ahmadzadeh - Director, Plug and Play Abu Dhabi

Perhaps Qatar, as the first country whose development bank converted all of its business to being sharia-compliant, may become the major regional player in the nascent Islamic Fintech industry. Perhaps Egypt and its population of 65 million and over 40 million unbanked will make further leaps to become a formidable tech player itself. It’s still too early to really know the details. But whatever role individual countries or companies play in the regional ecosystem to come, the contours of a maturing, interconnected and dynamic regional ecosystem are filling in faster than anyone predicted just one year ago.